Well that was…unexpected. I’ll get to my replying eventually. I’ve just been busy,

That’s understandable. I’ve had a lot on my plate, too.

Everybody told me senior year was the easy year, the liars!

Oh yeah, I’m just glad that you still are like GMing this even tho you are busy. I’ve been working on a school project, pretty much on my drawing lessons. I suggest to my teacher if we could draw anything we want. So I made a Marvel/DC project, it has some nice little references in there and I really like it since it’s good, because I’ve stopped drawing a few months ago. And it may or may not have affected my drawing style. I’ll show it once it’s done, it may a take a while as I’m a bit of an perfectionist.

Guess what time it is!

It’s time for a new Angelicon so sit down, class is in session:

Appearance: Bears an unfortunately uncanny resemblance to Megatron. Has a set of very large wings that have extremely sharp feathers. (Classics/Nerf Megatron)

Weapons, Abilities and Equipment: Arm-mounted cannon, can fly, very strong hand-to-hand fighter and often uses his wings like blades and a shield. In battle, Garand often is in his gun mode which can be held in the hand of whomever he designates and this individual can be as big as a Combiner (like Bruticus and the like) and as small as a human, because Mass-shifting, but he cannot use his mass-shifting properties in robot mode. Has a greatsword he rarely uses. 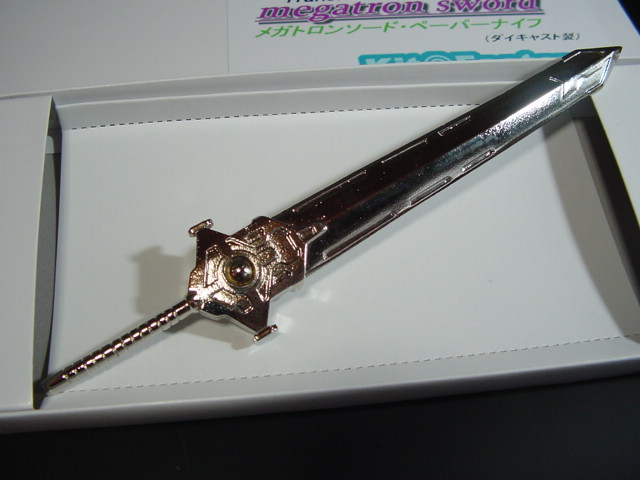 Bio: An Angelicon weapons master who trains his students in the art of combat (guns being his speciality). When the War broke out, he was kept in the Basilica due to his resemblance to Megatron and continued teaching the young Angelicons in the art of combat. The use of handguns and pistols in the Order is often attributed to him, as he always says: better to have a gun in one hand and a shield in the other when you’re in a corner. He very rarely brings out his Greatsword, which is a relatively plain weapon with a Matrix in the middle of where the blade meets the hilt. And the crossguard almost resembles a set of open wings, but him using it usually means he is either just done with the situation or he feels it’s needed. He’s a very stern teacher and is very strong and swift for his age.

However, if he is accepted, he will have to be found before he can be introduced. Happy hunting! Your one hint is that he’ll be somewhere on Salvation.

Well, now to wait for someone to find where he is.

Making this largely for my own convenience, but feel free to use this to reference each other’s characters, as well!

I hope y’all are doing okay, what with all that’s going on in the world right now. Stay safe, y’all.

“What payment?” the mercenary scoffs. “Nearly two months into this job, and I haven’t seen so much as one shanix of what you promised me. Both parties must keep their end of the bargain, Bludgeon…”

“…Otherwise,” Lockdown continues after a pause, lowering his tone, “well… the outcome wouldn’t be pleasant for either of us…”

Oh? Is Lockdown starting to consider terminating his deal with Bludgeon due to a lack of being paid for his services?

If so, that’s one enormous favor he’d be doing for Cybertron by betraying or even killing Bludgeon.

What? The Message Boards? I think I’ve forgotten what that is!

Heh, same here. My spring break was just wrapping up when my college announced they were closing classes next week.

Yeah, I’m going through something similar, too. Stay safe and wash your hands, guys!

Sorry for my inactivity, it’s been a long and hard week
i should be able to post tomorrow

Alright. No need to apologise.

Oh yeah, on Tuesday I have officially no school till the end of Easter holiday. Meaning I have five weeks of vacation, however tons of homework because of that. Only the first three weeks will be busy.

I should probably apologize for my inactivity, too.

@ProfSrlojohn You are entirely free to use Blight (and by that extent, Caedia) if you want to, I’m really sorry we haven’t been able to do anything between our characters because I’m so inactive.

@meepinater Since you’ve got the sister, it only makes sense you should control the brother.

I hope this is just a temporary thing, but I haven’t been able to keep anything so far so in order to keep you guys from relying on me this is what I have to do. I’m really sorry, it has nothing to do with the RP, Chrome, and everything to do with me. Hope I didn’t let you guys down too much.

No worries at all, dude. IRL stuff takes priority.
I don’t feel let down at all, it’s just life.

I should probably apologize for my inactivity, too.

You really don’t have to. Life comes first, as always.

Hope I didn’t let you guys down too much.

Not at all. Your posts are always well-made and enjoyable to read. And again, the inactivity is no problem.

if you want to, I’m really sorry we haven’t been able to do anything between our characters because I’m so inactive.

No problem, I haven’t been the most active myself.

If nothing else, I’ll at least see if I can set Blight up for a hazing by Laslow.