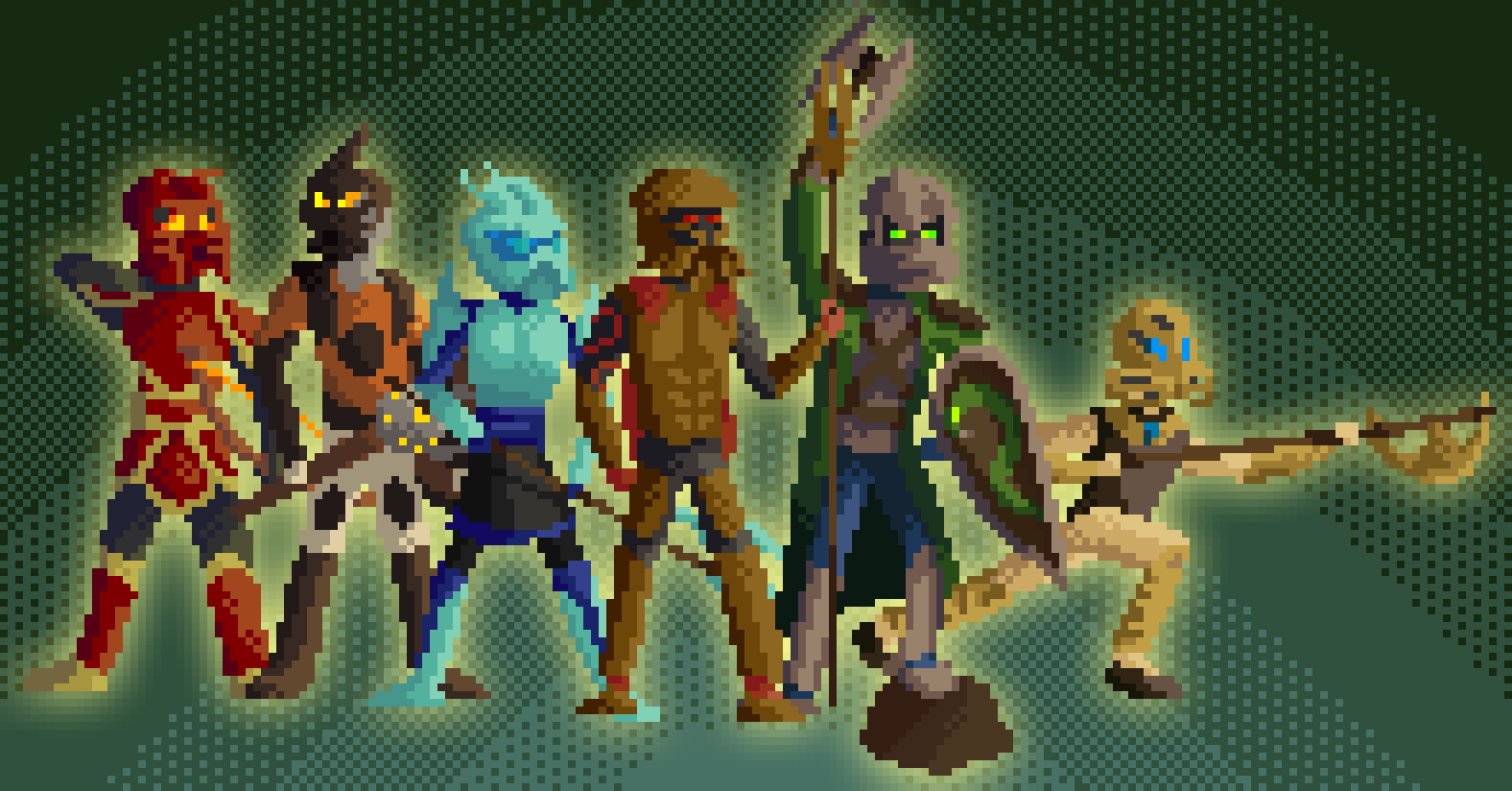 I’ve been working on some Age of Mythology inspired toa team made in pixelart and am proud to finally present it to everyone. Hope you all like it

So, we’ve got here six toa:

Keerahu, a toa inspired by Greek Hoplites, one of the most well-rounded infantry units. Keerahu is a toa of Iron, wields a trusty reliable spear and wears armor made of bronze, which provides great defense without hindering movement. 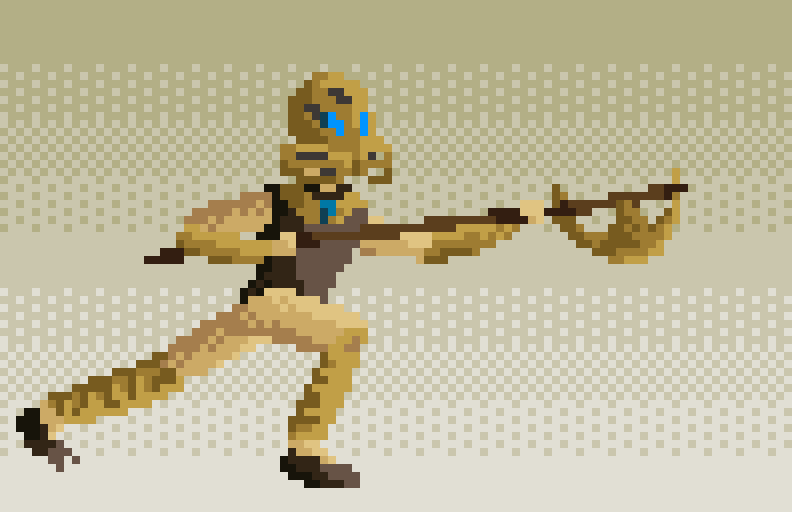 Puano, a toa inspired by Egyptian Axemen. Egyptian units are notorious for lack of armor and strength, but compensate it with cheapness and speed unlike any other human unit, which is why I gave this guy a Kakama. Puano uses a round axe and wears an electrum armor. 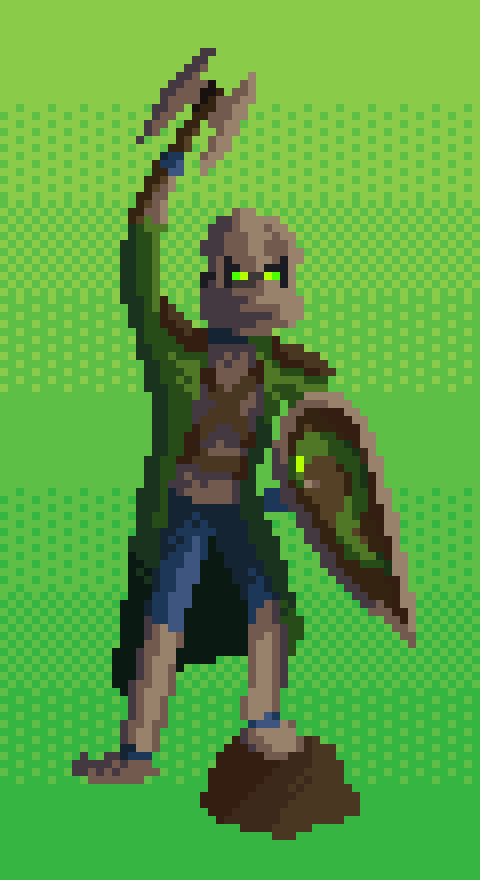 Nudara, a toa inspired by Norse Infantry. Norse aren’t known to be super durable, much like egyptians, but they compensate that with great strength and even greater ferocity. Huna helps this guy ambush his opponents, and his axe and meteorite armor do the blows. 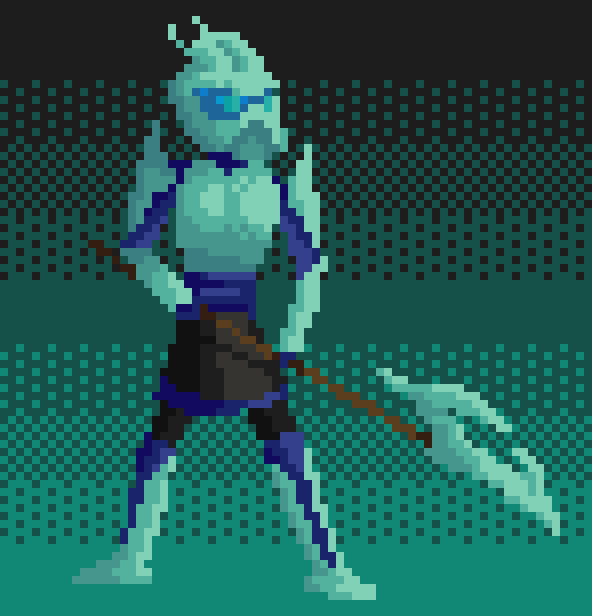 Wekatte, a toa inspired by Atlantean heroes. Atlanteans, above everything else, are efficient and highly versatile, relying on quality over quantity, and their knowledge would happily provide that. This Toa’s halberd and Kanohi Kaukau were both crafted through a special order, and her armor is made of nearly weightless Orichalcum. 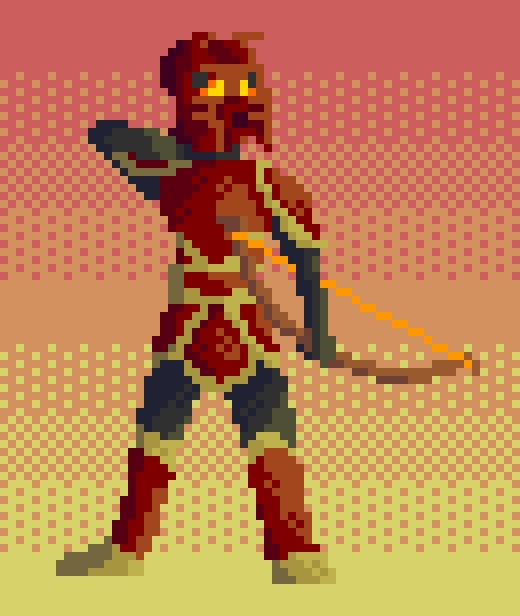 Horonga, a toa inspired by Chinese archers. Chinese are amazing when it comes to bows, and that is further increased with this guy’s arrows setting everything ablaze, while his Kanohi Sanok ensuring the hit of the target, This guy’s armor is made of brass. 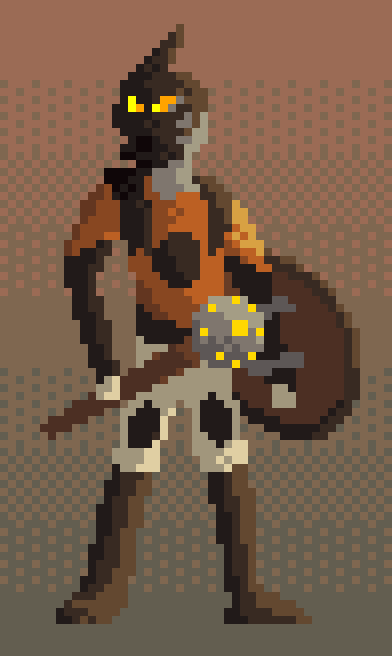 Favaki, an exception to the rules. Russians weren’t featured in AoM despite having more than eNOUGH DEITIES TO FILL AN ENTIRE NEW GAME >:C, but I still decided to have a sixth toa, since the game only has 5 civilizations, and what better civ to make a toa off of than Russians? Not only this guy has strength of your typical russian druzhina member combined with power of Plasma, his chugun armor will hold even under the fiercest of attacks.

moved to artwork~meep
Really nice pixel art! I can see that some of the masks are recolored versions of previous releases, good job!