this time I changed him up a little and took away all bionicle build pieces, so here it is, a fully system built robot(sorry about the picture quality) 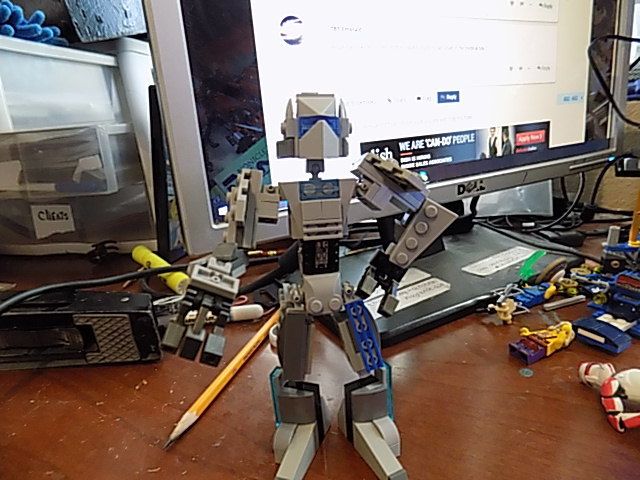 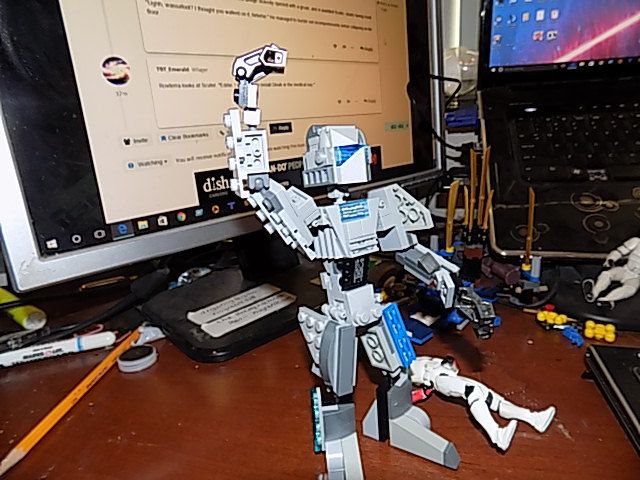 I likey but more blue!!! 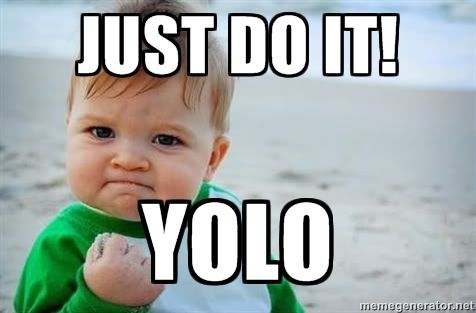 Reminds me of Blokbots somewhat. 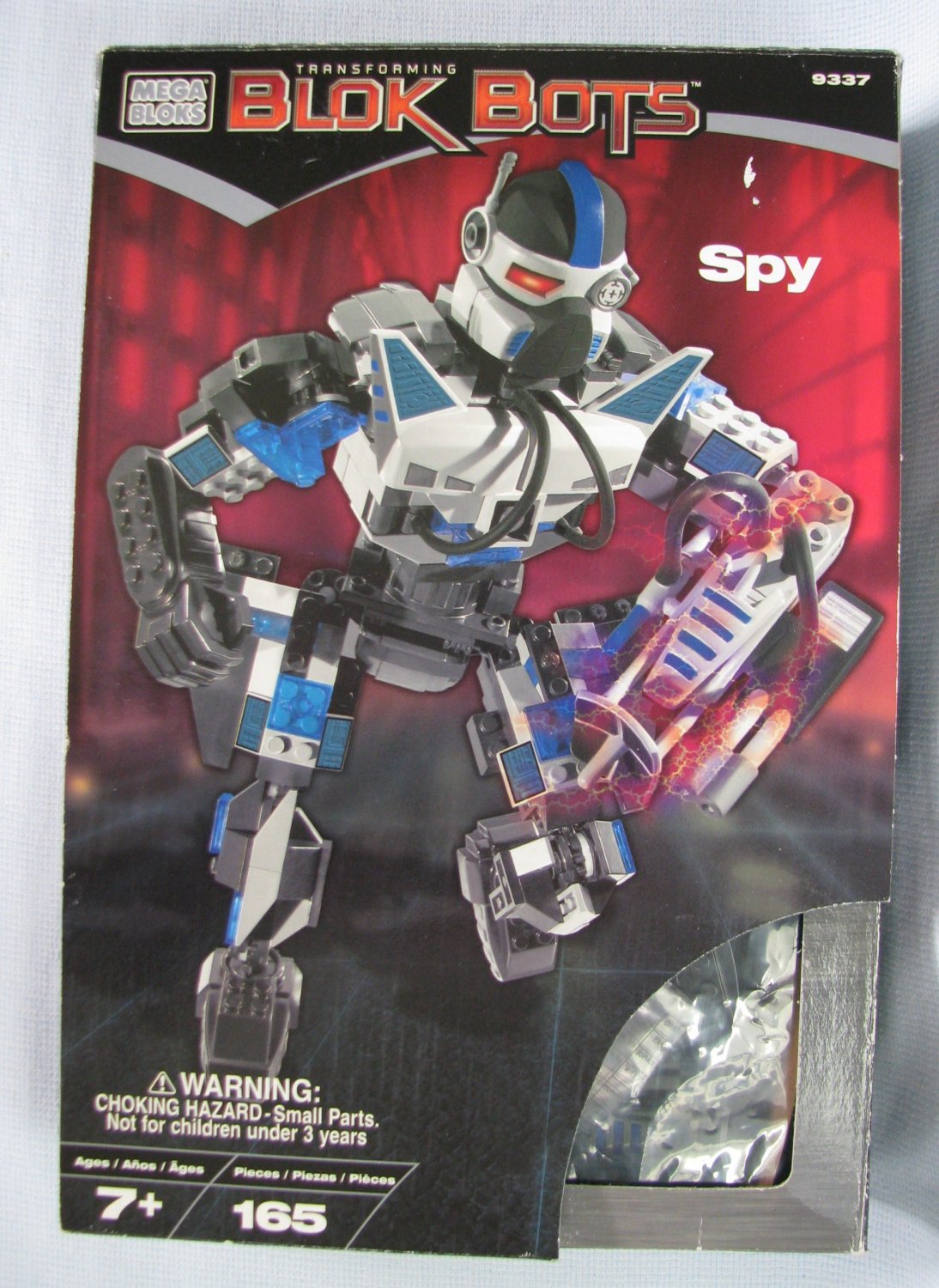 Those things melted my hand.

so, as a system Moccist who prefers to build robots, this is definitely my kind of build. but since i am all of that, these types of MoCs are much easier for me to Critique.

so first off, the arms. the upper arms look unstable as the the T-bar is being held by 2 clips, although i could be wrong. i would suggest using a mixel ball joint there, as you appear to be in no shortage of them. the lower arms are good, but my next nitpick are the hands. i believe they would look much better if the current thumb was switched so it faced the same way as the other fingers. you could add a thumb by placing another bar peice on the palm and connecting another exo force arm to make a thumb. also placing some armor on the exposed studs would help make it look better.

Next up, the torso. nothing really wrong here, except for the lack of hip articulation. with a robot this size you could easily accomplish it with a pair of 1x2 bricks with pin holes and a pin, plus some minor mods to the torso.

Now, the Legs. the upper legs look good, only nitpick being the slant piece sticking out, as that sorta ruins the flow, and the solid blue on the left leg. the asymmetry makes sense as a stylistic choice, but the solid blue would look much better as trans, so it matches the other trans around the body. now for the lower Leg/Feet hybrid. I really would prefer ankles over the current setup, as that gives you much more poseability.

The head, gosh, the head is beautiful…

anyways, it’s a good MoC, but could use improvement in some areas. 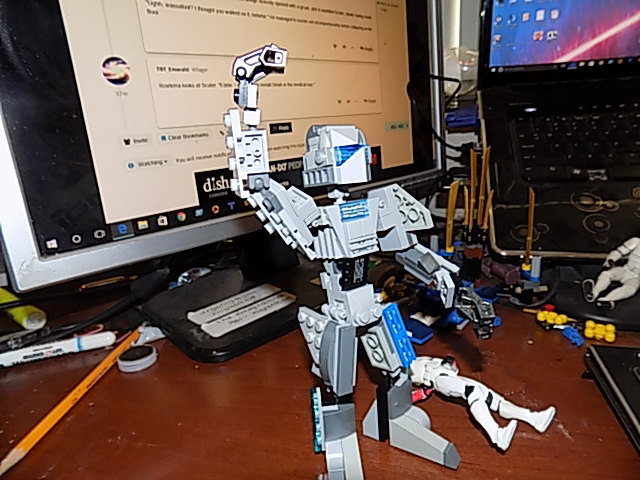 what did he do to that Clone Trooper in the background?

Definitely interesting, but I do like the style you went with and I think the head is done really well.

your critism has been heard an HE HAS MORE BLUE!!! 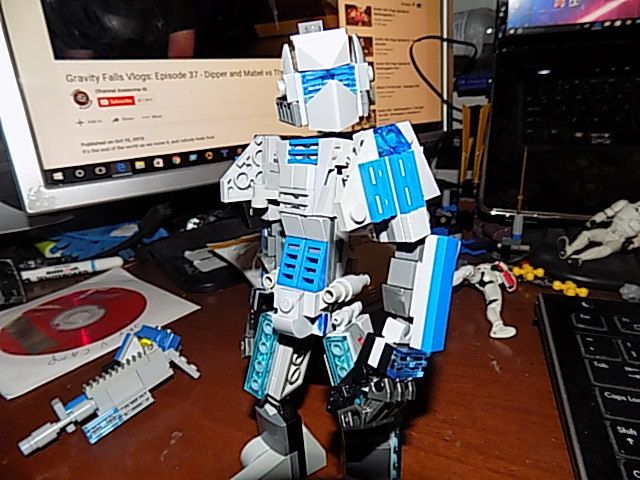 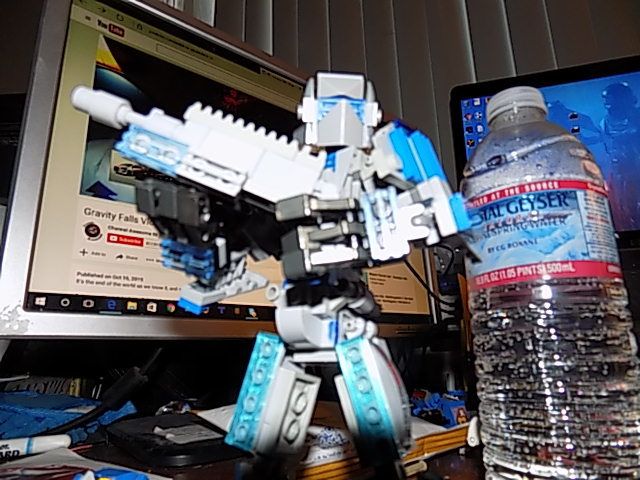 and a new head,(I heard you like the old one)

based off of the original soundwave 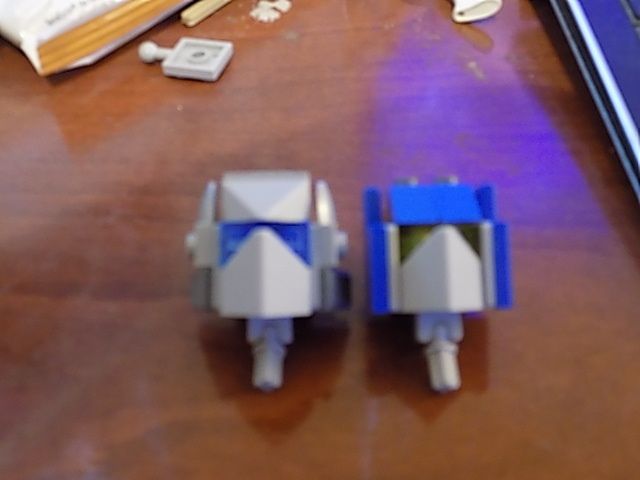 it looks a lot better, and it feels more “alive” with the added blue. some more pictures would be nice, so i can view it from more angles.

This 'lil guy is very pleasing to look at.
However, just a very personal thing, I preferred the asymmetrical colouration…