Tsai’ban’s weapons are a palm leaf silver and gold shield and a green bark axe, with his three horns he can hypnotise his victims to fight one and another while his blue eye sees all matter of heat and cold. (I might later show what his back looks like but ts really simple just a pearl gold paw hand from hero factory a 4 length armour piece with silver and gold 2015 Bionicle add on armour parts yea simple) 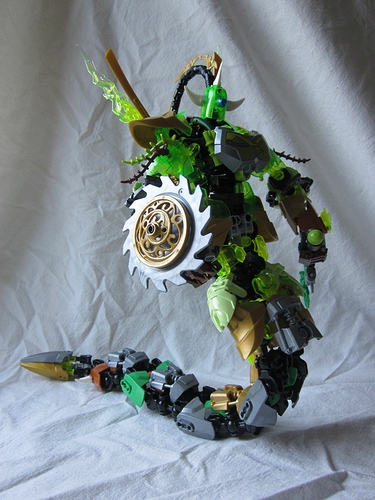 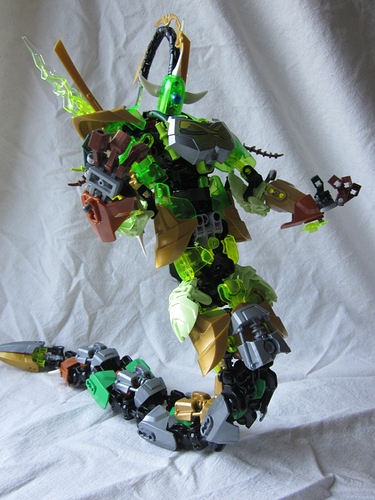 Cool moc. Really not much to complain about in my opinion, little messy but its hard for large mocs not to be a little messy.

Maybe take away the gold. But t other than that, one word: epic

question
Is this a Raid Boss Yet?

Ok, I hope to as good as this one day, but man. I’m miles behind

Holy cow this MOC is amazing!

Amazing!
I hope I can do MOCs like this some day!

This needs a boss theme. 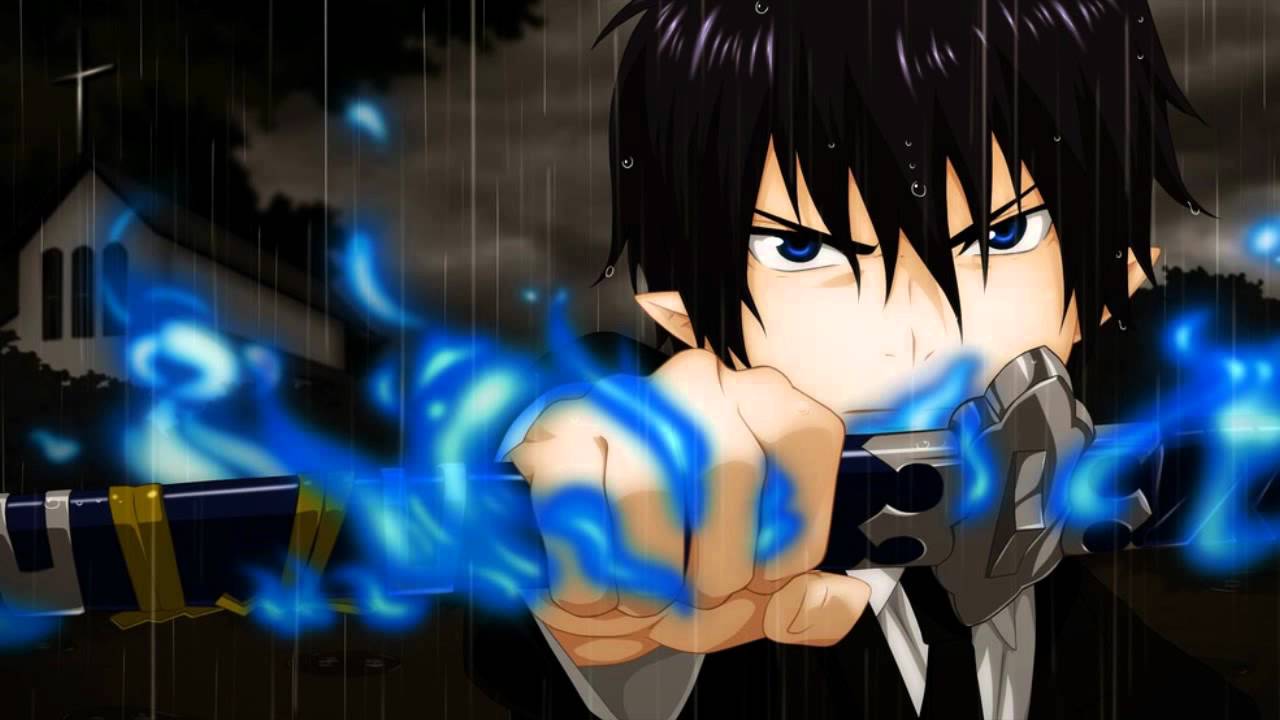 Back on topic… I love this: the shape is unique and it’s look gives a very powerful vibe.
I think if you swap those tea green skull spiders with silver ones the colors might look a bit more cohesive.

yea I agree with the theme

his head reminds me of dragon balls z for some reason…

this is awesome ! for some reason this reminds me so much of a boss from eso

Wow! I love how all the shades of green and brown go together, and speaking of which, this is one of the best uses of the spring green skull spiders I’ve seen.