TTV Will No Longer Report on Lego Leaks 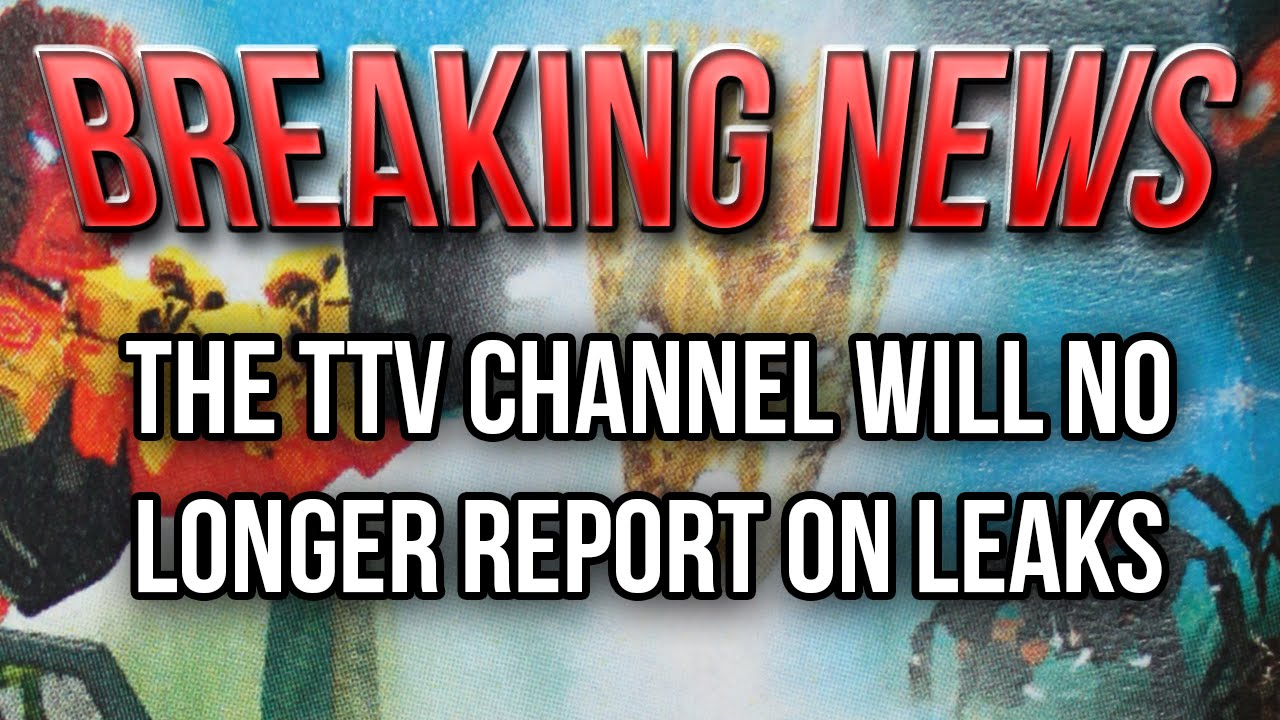 No but seriously, I understand there will likely be a great deal of confusion, sadness, and general mixed emotions regarding this announcement. If anyone has any questions or concerns, or just wants to discuss our new policy regarding leaks, feel free to do so here. It’s a fundamental ■■■■■ in our content and it will naturally be very controversial, and we understand that going in.

Thank you very much for your continued support and (hopeful) understanding. We didn’t make this decision lightly, but we feel that it’s the right thing to do in the long run.

I still fear this will just hurt the channel, as you guys were one of the few remainders who have leak discussion

(I take it you’ll still be reporting on toy fair and such though right? I haven’t watched the video at the moment)

It’ll probably hurt a bit here and there, but if it fosters more discussion on the sets that have just come out as opposed to those that are still coming, I think it will be an improvement. Personally, I value the boards a lot more as a place to share my and admire other people’s creative skills in relation to this thing that we all love called “Bionicle” as opposed to a hub for internet sleuths to theorize aimlessly about every tiniest hint of the future; I’m with behind the crew on this one. Especially if it means that they get to spend more time working on the shows or other things that they love doing (like Var’s artwork, for example) and sharing with us.

I still fear this will just hurt the channel, as you guys were one of the few remainders who have leak discussion

(I take it you’ll still be reporting on toy fair and such though right? I haven’t watched the video at the moment)

It’s certainly possible, but it’s a risk we’re willing to take. Leak discussions are completely worthless (we outline this on the next TTVT, coming to YT on Friday), and my hope is that people will begin to gravitate towards our channel for our other content rather than our leak discussion even if it takes a little bit of time. Also, yeah, we’ll continue to report on Toy Fair, name lists released through official shop sites, and images without confidential markings.

I expected this to happen. I do think this will hurt the subscribers, but does that matter? It’s for the better of Lego and the community.

okay, that’s good to hear, and I kinda understand it, well regardless, I’ll continue to support the channel

(but leak discussion is still allowed here but we’re not allowed to post pics?)

(but leak discussion is still allowed here but we’re not allowed to post pics?)

Correct. We’re adopting a policy similar to what Eurobricks currently has in place until such a time in the future where we could potentially be contacted by Lego to change it. The internet is big; if you absolutely have to find that info, it’s out there. Our hope is that people will stop relying on us as the middle-man and just as a fun hub for discussion. Thanks a ton for your continued support.

I usually slog through all 200 posts anyway, but now there’s no real upside (besides the obvious).

Here’s to hoping TTV might get the chance to become part of the LEGO ambassadors circle coughandgetnewsetsearlycough because they’re already leaders in the publicity of Bionicle and more.

While this might hurt TTV short term, I think this is a good move. This year I was excited about leaks, but actually seeing them and having so much time with multiple leaks, they actually hurt my chances of buying these. There’s no hype for something that you pretty much know everything about months before release, and it’s made me, personally, uninterested in having the physical set especially as all that I can focus on now is the flaws.
So it might hurt TTV short term, maybe even long term, but this is definitely supportive of LEGO and a good move to make. This might even inspire people to stop reporting on it too or even to stop leaking all together. It’s a great decision, and hopefully the people who subscribed to TTV for leaks wont immediately abandon your channel.

Well this is completely understandable.

Also the leaks might have help you start but I would hardly think it’s what people are here for any more seeing how much great quality stuff you do.

And why cause detriment to lego?

You already put a rule in place about the fabrication of leaks and that leaks would need to be run-through with you all before being posted on the boards - as such I’m not sure why that part of the reasoning behind this is included. The other reasons i can understand though and agree and support.

Yet the lack of users being able to link to leaks will just cause annoyance and confusion while discussion is allowed - and obviously without discussion on leaks then the boards would just be virtually dead for months.

The issue being if discussion is allowed then someone who has seen the leaks can talk all about them in the topic, however when asked ‘what leaks?’ or ‘where are the leaks?’ cannot reply, thus infuriating message boards users who could normally be linked an image to talk about. Remembering that a majority of the board users are children and unlikely to be able to find leaked images easily online.

@Mesonak
I know you may not be taking suggestions - however can i suggest the following option to consider;

This would not allow for a distraction from the current storyline given you would discuss your thoughts at the same time as the official versions are released, would allow for discussion on how the sets evolved from concept to final product, a look into the design process behind the Lego sets (Which myself and others enjoy seeing) and in addition would not allow bootleggers time to make the products as you would be reporting on them after the official sets are released. In addition you would not be drawing attention to the confidential images given you would not be sharing them and would be talking about them after the official release.

Any chance of that happening?

I feel the autopsy videos are more of an opinion-related video based on some facts, it doesn’t represent the views of everyone, just because a few members view it as worthless does not mean that everyone does so. The TTV channel is proof of that given it had an increase of 10,000 subscribers primarily due to the reports on leaks - so that’s a ton of people who primarily subscribed to your channel for leak discussion. Your leak discussion videos primarily are the highest viewed videos on your channel averaging 13,000 more views than your regular videos.

Analysing the evolution of the sets from concepts to final product is what people enjoy, its what the entire 2015 hype was all about and what convinced everyone to get many of the sets.

If leak discussion stops, which it seems is still being considered an option according to your comment here, the autopsy video and in this video, then fans wont have anything to discuss for months. Honestly the boards would probably die without discussion of the leaks being allowed as that is the only thing that the boards offer different from other websites.

'you will still be able to discuss leaked Bionicle and Lego content on the TTV community and Vessel, that aspect of our community is not changing at the moment’

A lot of Lego lines have relied on leak discussion to boost hype for them before release, allowing users to plan their purchases and create fan-art to advertise the brand. Without it then we may not have had things like this for example (All created thanks to leaks)

So please don’t get rid of leak discussion as it would destroy a large aspect of the community.

Just personal viewpoint on the matter. Once again, agree with your decision about not reporting on them. Not intended to be harsh, but i realise comments may seem it. Just concerned about what it could mean to the discussion in future.

This is seriously going to hurt your subscriber fanbase. You guys had a huge popularity jump because you reported on leaks and now those people might not want to stay here if all they want is leaks.

While I understand the reasoning behind this decision I cannot say l agree with it. No longer reporting or discussing leaks on videos is fine, but removing the ability to freely discuss leaks on the boards is another. Talking with other members about the future sets was both fun and enlightening. It did influence my thoughts on the sets, some for the better or worse. Ultimately though it wasn’t the 2016 topics but rather reviews that affected my opinions. Had I not seen the leaks beforehand I think I would have been massively disappointed when the reviews showed what they truly were.

The fact that 2015 had little content probably was a factor in the 2016 topics drawing more members. Boy did they attract a lot of new members, sometimes enough to cause the site some issues. I guess this was also a factor in your decision.

I’m also worried that this will cause another migration to take place like before. It’s only a matter of time before a new board appears with a more lenient leak policy. Like it was from BZP to Eurobricks, from Eurobricks to TTV, I fear the cycle will continue. This forum was a respectable leak hub if you will. Not so much it was respectable as in valued, but more in that its members were respectful unlike 4chan or other sites.

I agree with your decision on not reporting leaks because that is really your life and decision. If you don’t feel comfortable doing it then don’t. I just fear that discussion will be hampered with these new changes.

Time for a new channel to start covering leaks, yay

I followed TTV because they were a professional and credible source to report any type of BIONICLE leak. They didn’t report the Nekchir leaks (like some other people,) Instead, they took the time to validate it.

I’ll have to be honest, the rest of TTV’s stuff is pretty dull. No one watches the podcast as much as they used to due to its 1-2 week delay, and the TTV Talks show is something they need to put on a seperate channel, as it gains no attention at all, gaining views only in the hundreds. Also, it’s the only show on the channel that is not LEGO or BIONICLE related! Your leaks and LEGO-related content is what got you all of those subs, not the TTV Talks series!

There’s my lengthy, unreasonable rant. I needed to get some steam out. Gosh dang it, I can already see what points are weak already. I will continue to be a follower of TTV but I won’t follow them frequently as much as I used to. Dang. 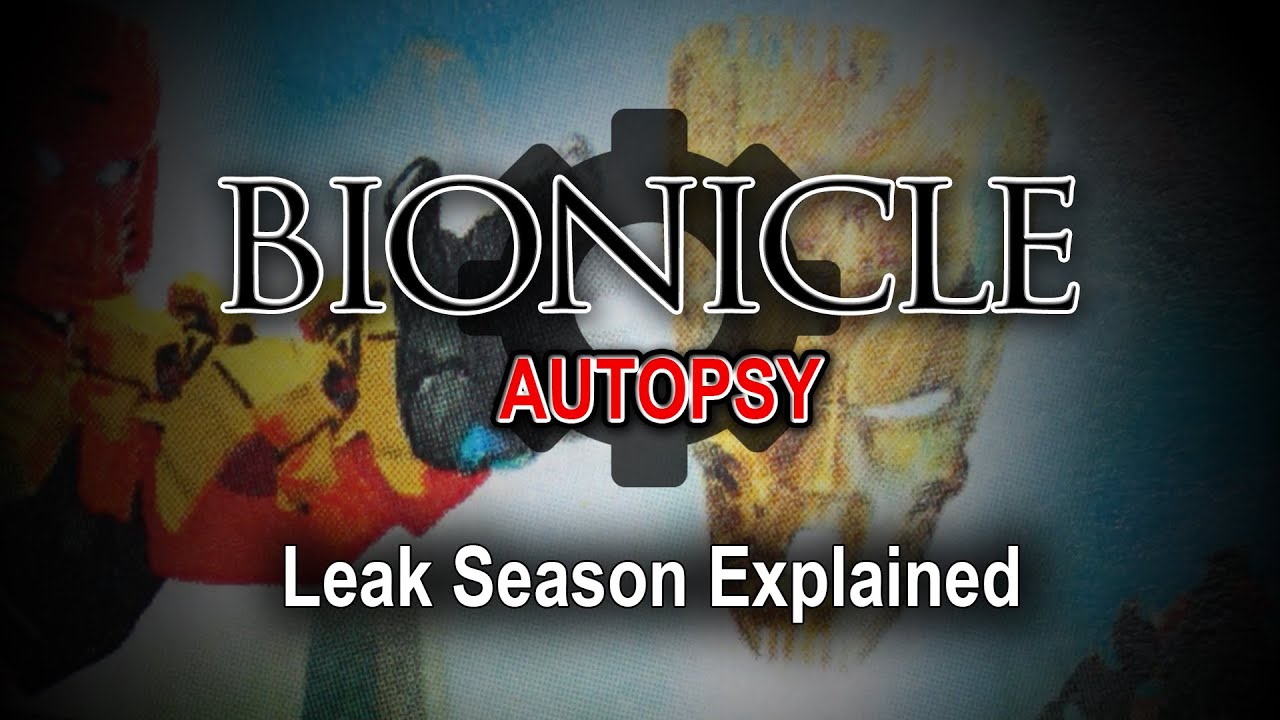 Never really depended on the channel for leaks anyway; the leak topics may be a hassle to sift through, but they always got there first.

@Mesonak you mentioned increased contact from Lego, yet you said their communication played no part in this decision…care to explain?