I decided to take the turaga from 2001 and combine them to create some new rahi builds. I went with the combinations I did, being Vakama/Whenua, Matau/Nuju, and Nokama/Onewa, because of the pattern in the 2004 Metrutoran mask swaps. My goal when I create rahi is to always include a kanohi somewhere on its body, and to incorporate a function that can be used for offense. These are the results. 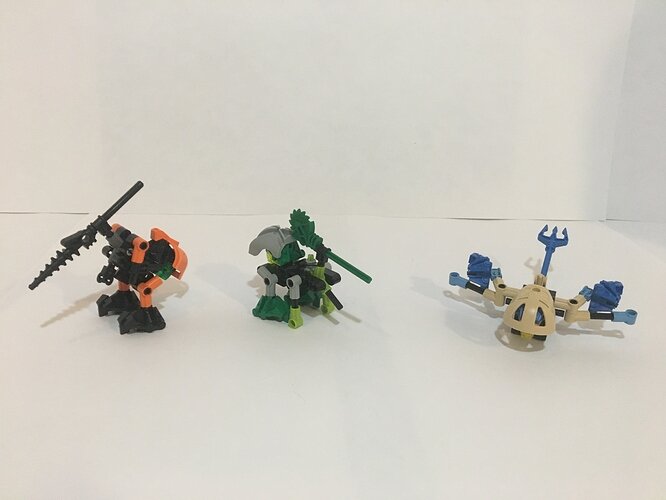 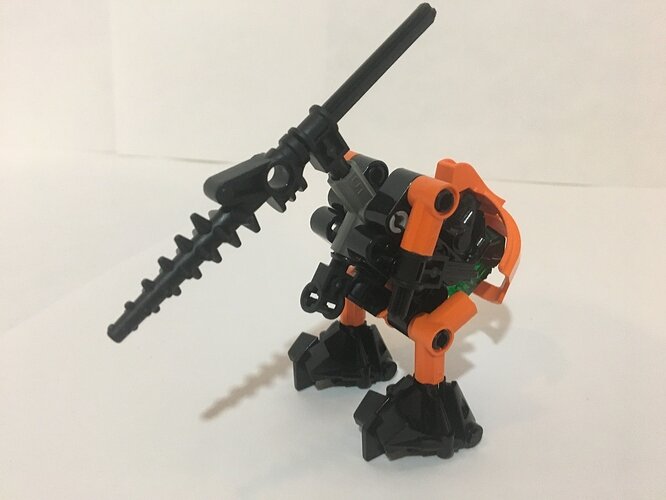 For Vakama and Whenua, a woodpecker inspired rahi. This one has a pecking function.
Edit: It now goes by the name Kaipau. The Kaipau is a bird-like rahi inhabiting the charred forest on Mata Nui, using its drill beak to crack open rocks to hunt for bug rahi to eat. Due to the strength required to break stone, you do NOT want to be on the receiving end of a peck from this rahi. 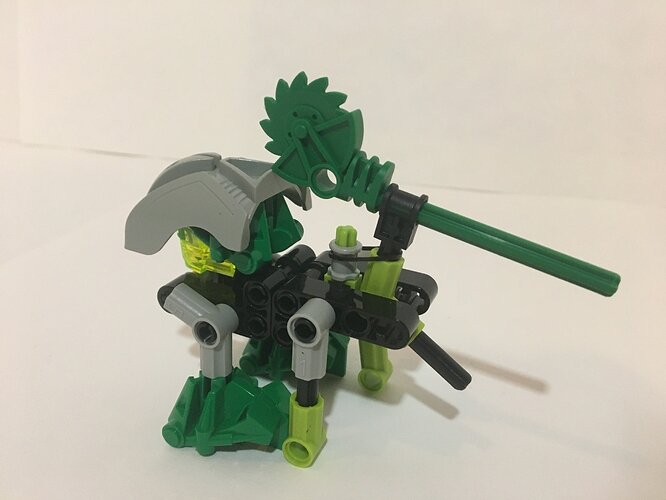 For Matau and Nuju, it’s a rahi inspired more or less by an anteater. The function is in opposition to the previous build, with the band allowing it to quickly snap its head back up. Edit: It now goes by the name Tirihaka. The Tirihaka is an anteater-like rahi with quick reflexes. It lives in the icy regions of Ko-Wahi, adapted to hunt for prey beneath the ice, equipped with a metal, needle mouth for piercing through thick sheets of ice and snow. It often hits any predators that get too close repeatedly with their long, needle-like mouth. 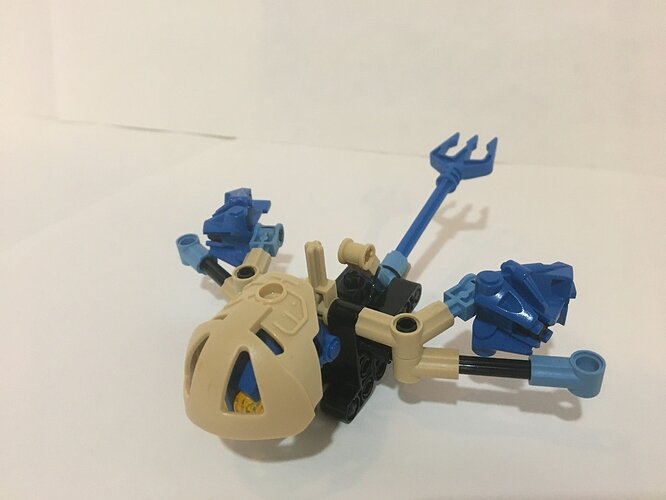 And finally, for Nokama and Onewa, a dragonfly inspired rahi. This function uses both rubber bands, and mimics the way dragonflies slap their abdomens against open water.
Edit: It now goes by the name Kapowai. The Kapowai is a dragonfly-like rahi that lives between Le-Wahi and the open ocean off the coast. These rahi hunt for small fish, batting their tails against the water to lure the Ruki fish into leaping at them, only to be snagged by the Kapowai instead. This is one of the less common instances of two species of rahi preying on one-another in a two-way predator/prey relationship.

I have absolutely no idea how to convert a video file into a gif, I may update with a gif showing the functions in action at a later date.
Edit: Link to the youtube video for building instructions and demonstration of the functions. https://youtu.be/16IqhW_BpYw

I don’t know weather to laugh or cry. But these are better than most official combo models! Good job working with such limited parts!

At first I thought, what the heck is that Po-Ga thing, but I see it now, very clever design. My favourite is easily the woodpecker, good job on all these combos.

hey @TheThirdOlmak, could you try making combo models for the turaga/bohrok va?
I ask because I tried a model with onewa and pharak va after making your pohatu/pharak combo.
I will get pictures sometime soon, so expect an update!

I also want to mention how creative they are build wise! Once again, great job!

Unfortunately, I don’t have the bohrok va yet. If I did, I’d probably already have been working on their combination models. I’m definitely looking for them though, at a hopefully reasonable price.

ok, I hope you find them

Found em. Now, it’s a waiting game. As in, they need to be shipped. But soon I’ll be able to use them for more combination models.

Nice! Im going to get pictures of mine soon
Edit:
meet the rīwai. these small flightless birds are naturally very curious. they feed off of seeds, berrys and anything else they can find. most matoran find these rahi to be pests, as they often find there way into a food stache and eat until there is nothing left. however, some matoran don’t share this view and keep them as pets 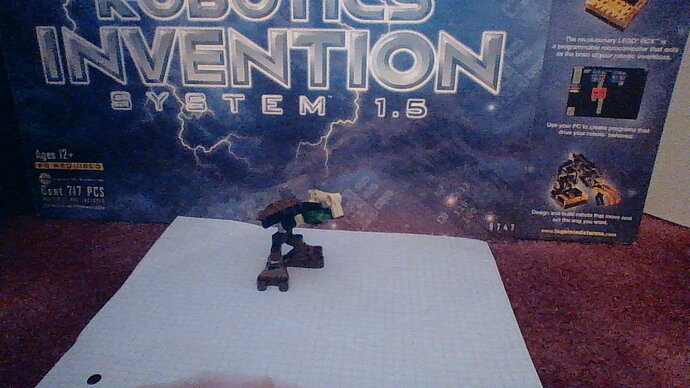 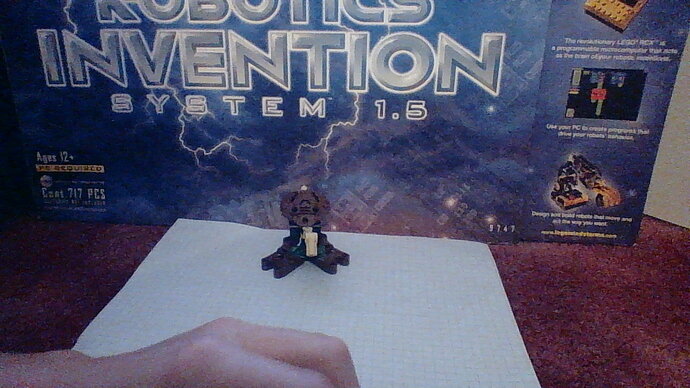 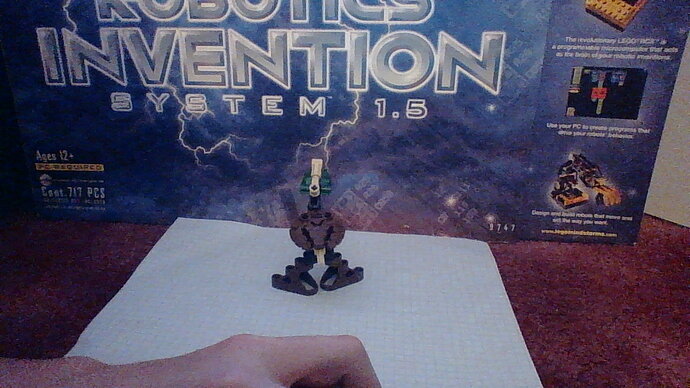 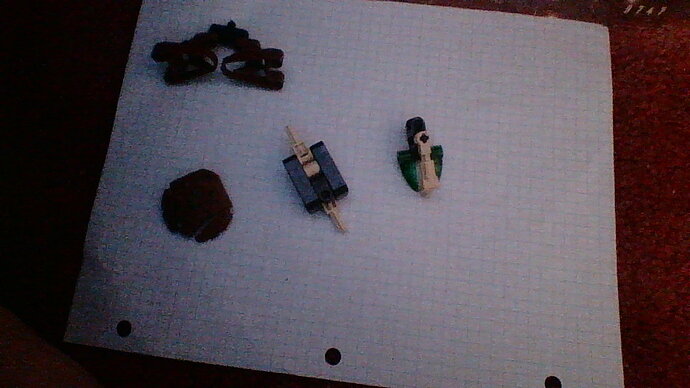 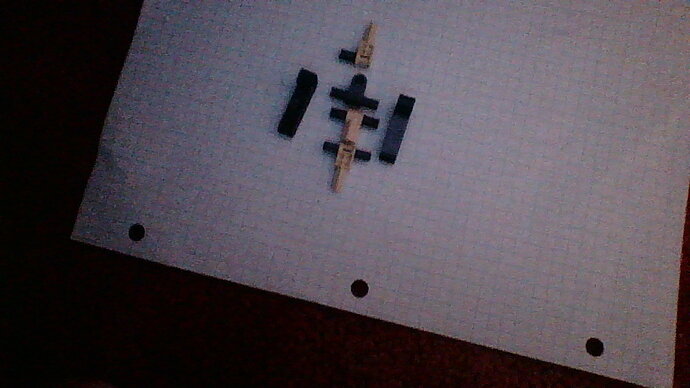 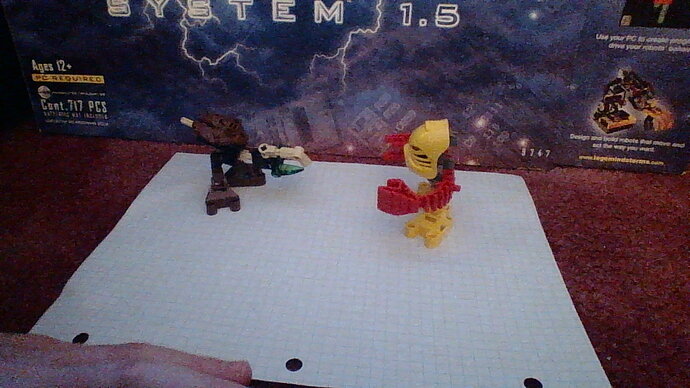 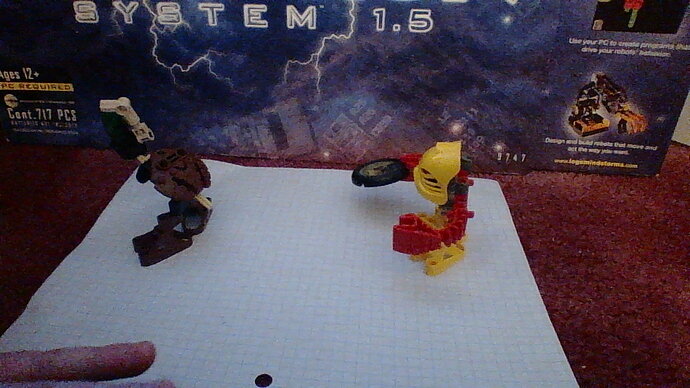 sorry about the poor photo quality/setup. I am new to getting photos of my mocs, so I lack a decent camera, and a good setup.
(and yes that’s a mindstorms box in the background)

That’s actually a pretty cool birb right there, nice job. Tbh, my setup’s a relatively recent thing, I just got a bunch of poster paper stuff and put it on a table I already had. Some kinds of smaller tables are pretty cheap, and I got the poster paper pretty cheap too at Target before the you know what happened. Hopefully that helps!

These are very clever designs using the minimal parts allotted from the sets. The anteater is my favorite. I love that, (like most of the official combiner models,) it takes a childlike imagination to visualize these as their intended animals. That’s not a bad thing, it’s very much in the spirit of the LEGO brand!

how goes the mocmaking?
assuming you have had the time and space

Putting the video together first. I want to release the video close to the post

ok, makes sense
Im exited to see what youve come up with this time!