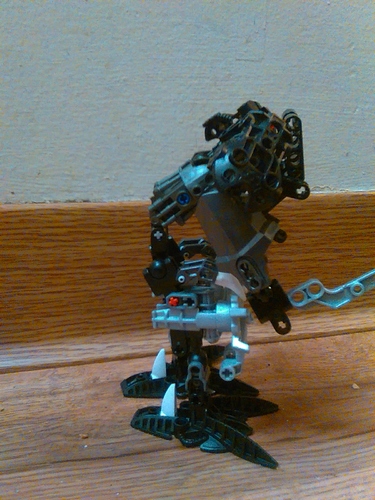 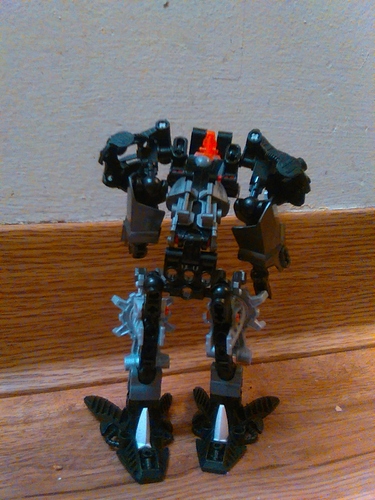 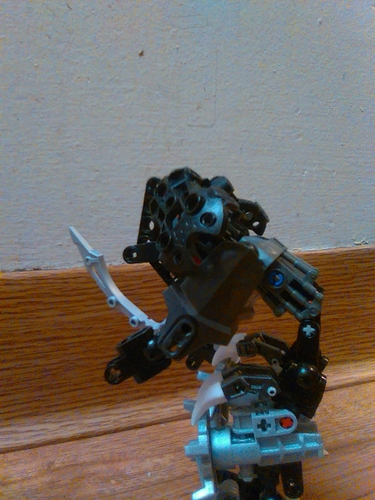 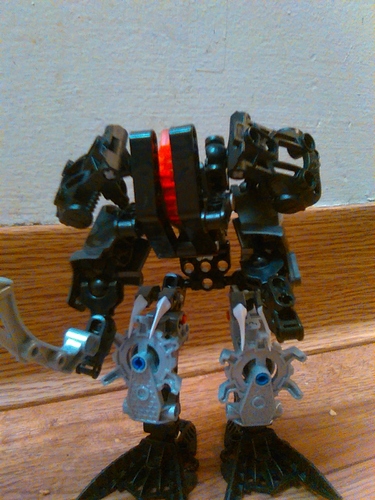 This is my first moc and I went for a turaga kind of moc and came up with a hunchbacked short-legged long-arm creature xd. Please critique bellow

Eh…the head…looks…,.like a torso.
And the textures clash so much…

k ;-;.
Anyway thank you for the helpful response.

I fail to really see how this resembles Nuparu. For a first MOC this quality is expected, but it really needs a lot of work in, well, everywhere. Just keep trying and drawing inspiration from other creations.

I mean almost everything on the moc is custom, so I do not see how this “quality” is to be expected.

This actually works nicely as a golem creature like registeel.

I second what BlueCel said. And if you hadn’t said it was Nuparu, I would have had no idea.

Honestly, there isn’t a lot of good I have to say about this. It looks pretty thrown-together. The legs would be good on something else, could use some more in the back, but that’s really it. The feet are too big, the torso is awkward, and the arms are pretty short. And if it is supposed to be a Turaga reimagining of Nuparu, it has no resemblance outside of the color.

But don’t let that discourage you. After all, this is only your first moc. Here are some tips so you can improve this:

There are other things that could be said, but there are probably others who could better explain them. This isn’t a very good moc. That is fine. Nobody is born with the ability to walk, or the ability to read, or the ability to write a grand story. Skill needs practice, and this is the first step. Don’t let it be the last step.

As a first moc, this is pretty cool, but there’s a ton of room for improvement to make this guy better.

Where’s the head? It’s not clear.
Also, the textures clash quite a bit, something that happens a lot with CCBS + technic, but overall I feel it needs a lot of work.

Did Nuparu’s head get cut off? Also. Why does he have two elbows??