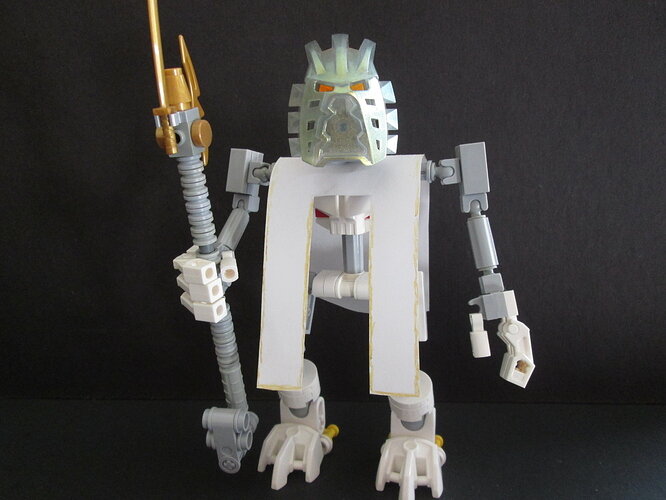 My interpretation of Turaga Takanuva from the Kingdom alternate universe. 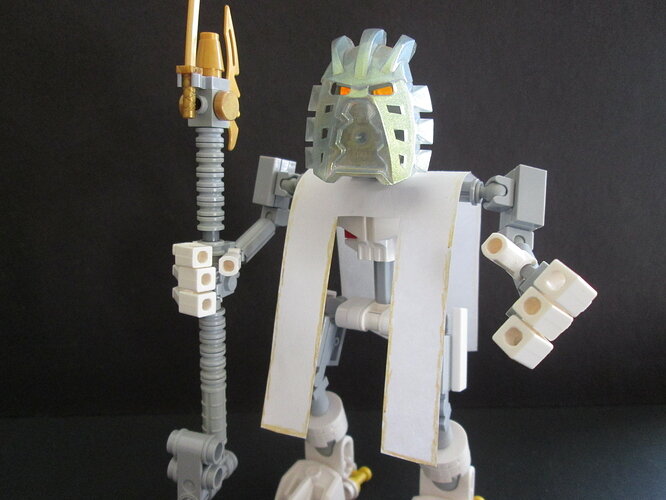 Another inspiration for this MOC was @BenCossy’s Bionicle Inspiration Series episode on Turaga. 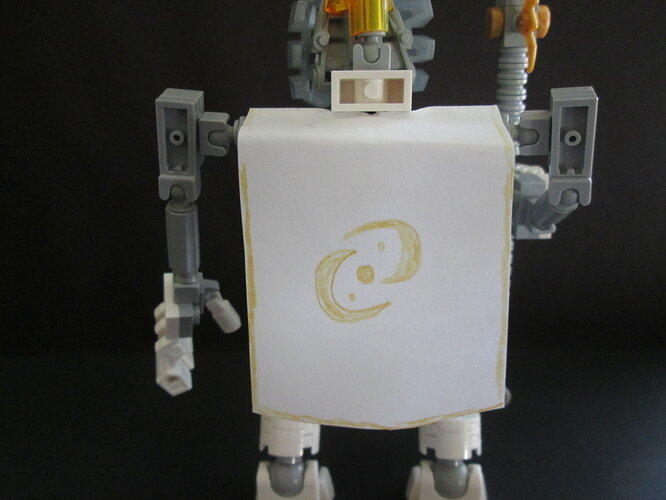 I thought of giving the robe a more intricate design like those of Dume and Lhikan, but I ended up going for the simpler look of the Turaga of Mata Nui. 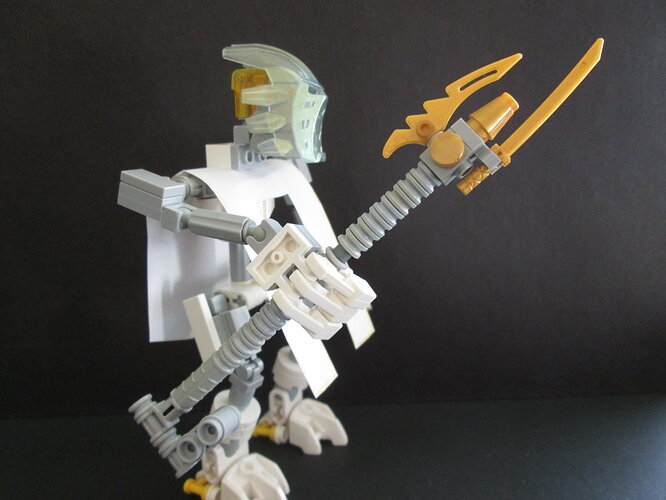 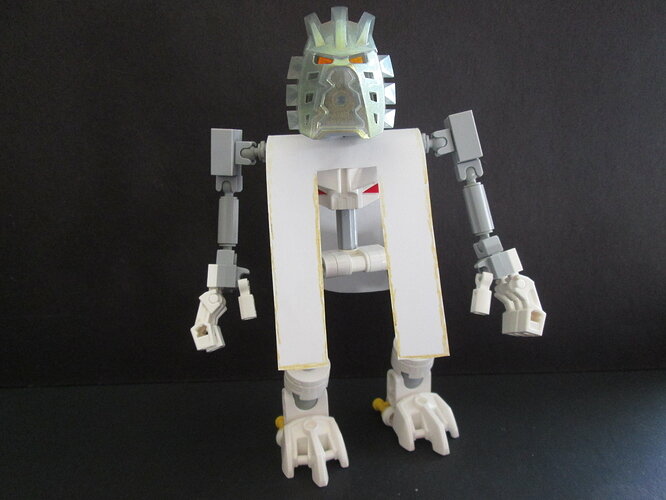 The red and yellow bits are homages to Takua’s color scheme. 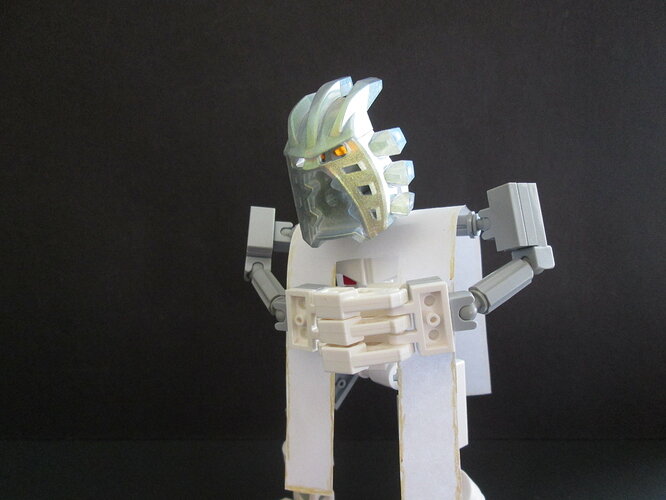 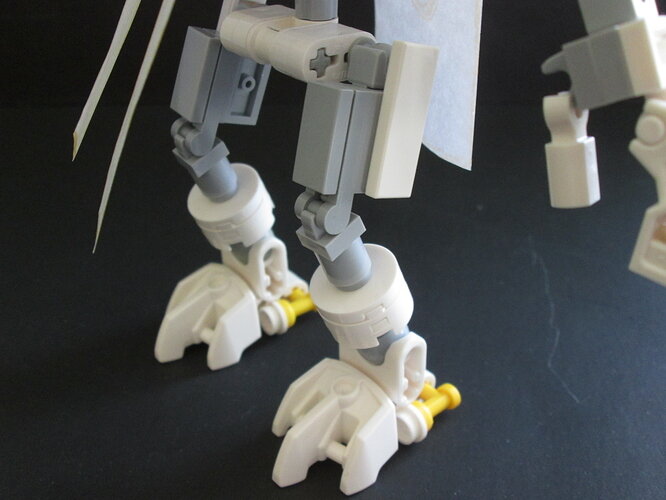 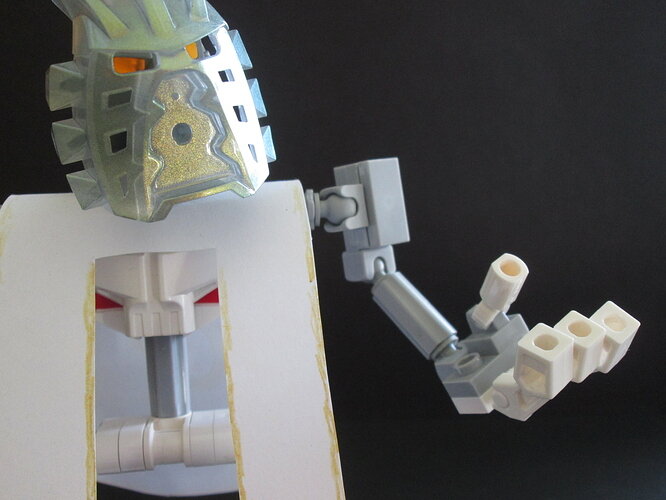 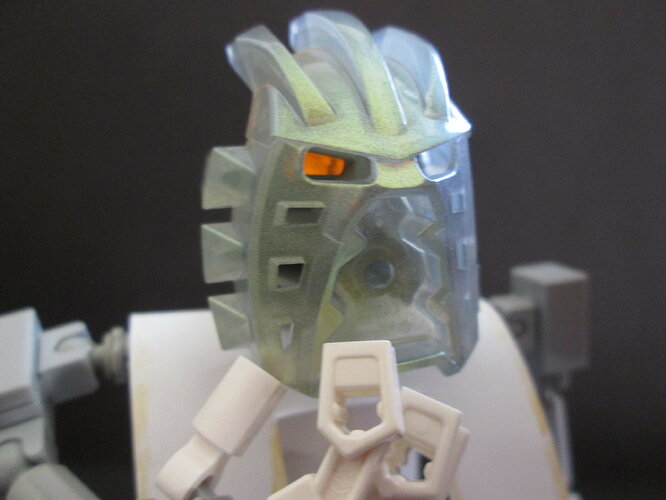 I liked the idea of giving Takanuva the glittery Avohki, so I imagined that when he became a Turaga, the mask became shinier while the rest of him wasn’t so much. 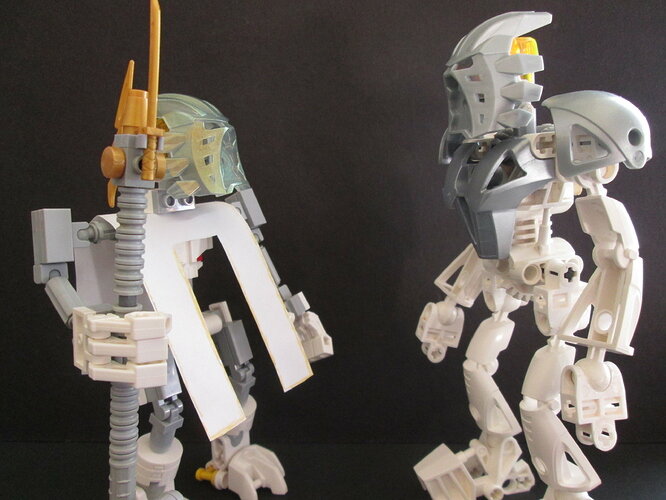 The Toa nodded. “Someplace else, it’s true, but not someplace as peaceful. You have done an amazing job.” He smiled. “I’m proud of me.” 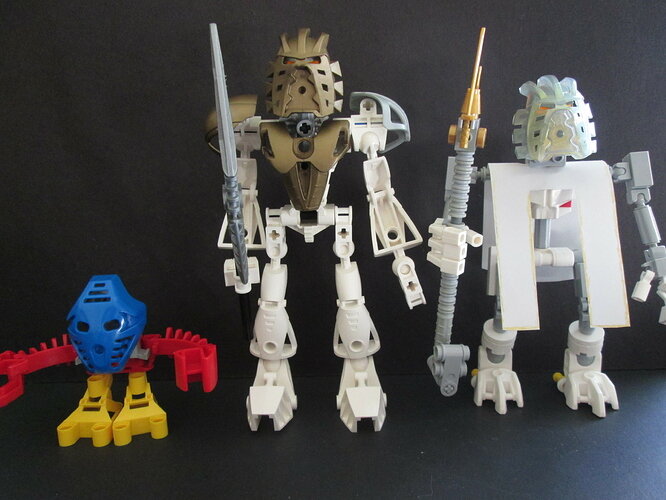 “Matoran into Toa, Toa into Turaga, Turaga into legend.”

I like it! The only major critique I can find is just that the shoulders stick out a bit too much.

It looks really good, although I feel like the robe isn’t wrinkled and worn enough, it just looks like bricks. It’s just too stiff.

I love this! Especially how you handled the robed. Amazing.

Looks great! My only complaint would be the robe, if you could make that actual cloth, it would be perfect!

Love the cloth, even though it’s just e piece of paper!

that chest design could be used as a pretty decent face

Very nice, but the stick waist bothers me, though I’m not sure how I’d do it differently.

Absolutely wonderful model in the Miramax style, and a perfect representation of Turaga Takanuva.

What piece is used for the chest?

So are the red parts painted?

I’ll leave this for @ToaJaton, but however he did it, I think it looks great!

What piece is used for the chest? 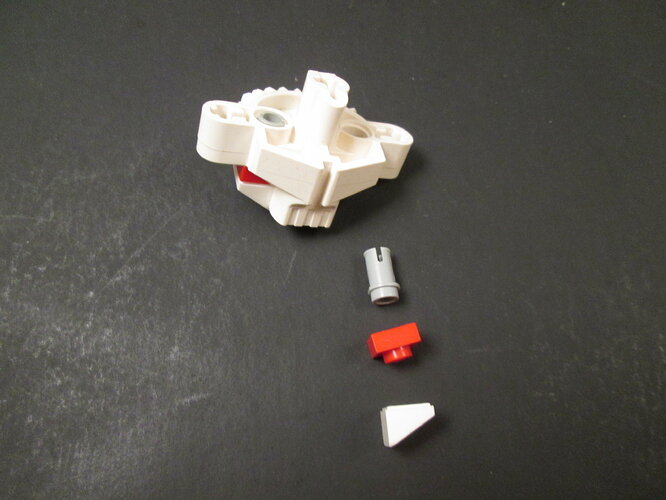 Does this clarify things?

Your MOC was featured on the latest episode of The Bionicle Inspiration Series: