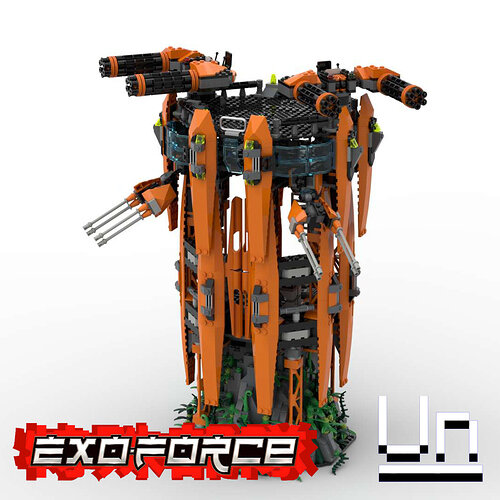 Overview
Here we have the second tower, this one is a bit more lax on the interiors, but I may go over it again in future. This tower sports two massive chaingun turrets and 2 diagonally mounted defense lasers, the turrets are controlled from the top of the tower, the lasers have small control chairs behind the windows. The central tower area is a storage facility for ammuntion, currently containing missile racks. 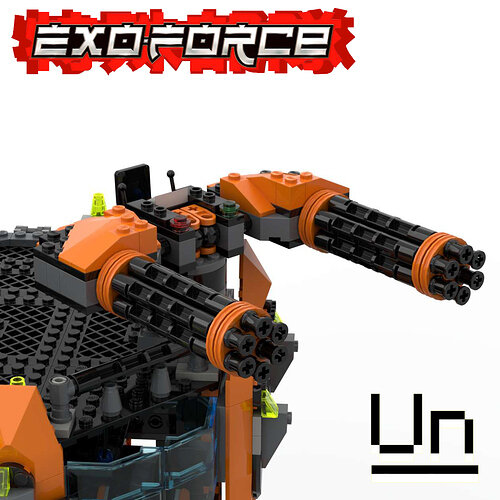 The chainguns do indeed spin, the turret can also rotate on 2 axis points and has room for a minifig to fit on top. 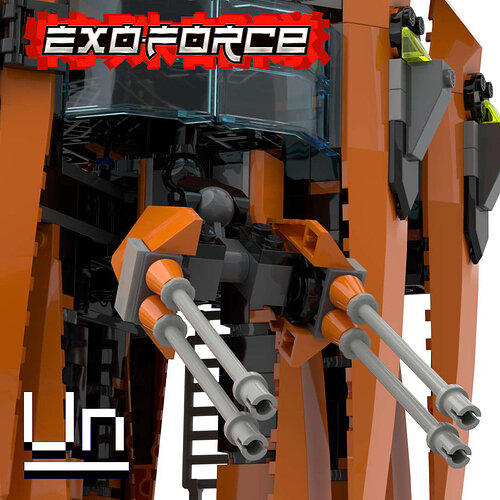 The lasers have 2 ball points of articulation, was a bit of a challenge to fit swivelling joints to the diagonal. 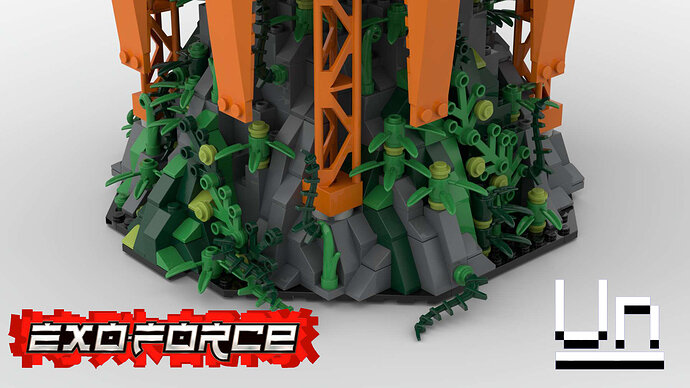 Here’s a bit of detailing and rocks thrown in for fun.

So in conclusion, this tower was a bit more rushed, hence the general lack of interior, I wasn’t sure what to add to it in terms of interior and the original model didn’t have much. Also to get this out of the way, the original sentai fortress tower this is based on is dumb, that massive wide turret looks so stupid in my opinion so I basically did away with that. The point of the UU series is mainly to increase piece counts ludicrously but in a way that is an improvement, keeping that turret would go against that, hence 2 individual turrets.

Now with that minirant over, comments and criticism are welcome!

Yes. This pleases me. The one thing I could ask for (and I know this kinda seems ridiculous) is that it would be cool to see a turret like the one in the sentai fortress set on the top.

is that it would be cool to see a turret like the one in the sentai fortress set on the top.

I did provide a reason as to why I didn’t add one, I could turn the top into one big turret, but until I end up redoing this, I’m happy with the result.

If the first version you made wasn’t perfect enough, then this one definitely is.

This is the first version, I am planning a second though.

I am planning a second though

Can’t wait to see it! I love those Exo-Force builds you make!

Well, you won’t have to wait too long for my next build…

I miss Exo-Force. I wanted the original fortress so much as a kid.

I wanted the original fortress so much as a kid.

Nice Work as always! Love the foliage on the mountain and the way you used the trans blue windscreens!

@Connor_Hoffman As LegoDavid has pointed out, it is still possible to buy nowadays, I recommend bricklink, Facebook marketplace or your nation’s 2nd hand sales websites.
@Sokoda Thanks! I had to be creative with the corners and coincidentally those pieces lined up.

It’s a little hard to tell but, is there a floor behind the glass? I really like the glass in general though.

There is, it’s hard to get a good angle of it.