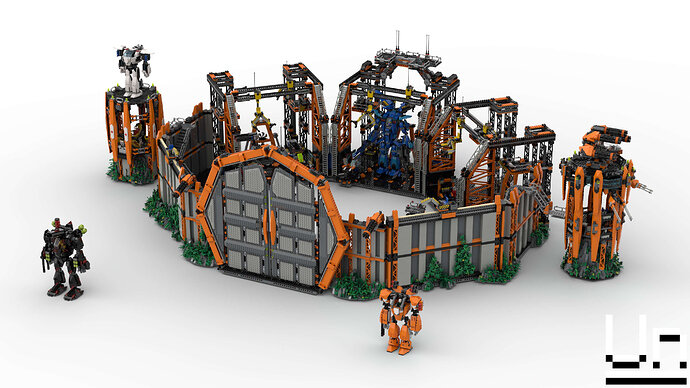 Overview
So finally, it’s here, the Sentai Fortress Ultimate Upgrade! Consisting of the main gate, 3 main hangars, a medical tower with landing pad and a weapons/gunnery tower. Included in this model are 4 Mechs, Silent Strike, Venom 1, Uplink and Fort Defender.

I’ve had bits of this and teases up for a while but to finally have it done is fantastic. The model consists of 14879 parts, it is 2 meters wide by about 1.5 meters with the mechs out in front. More photos below! 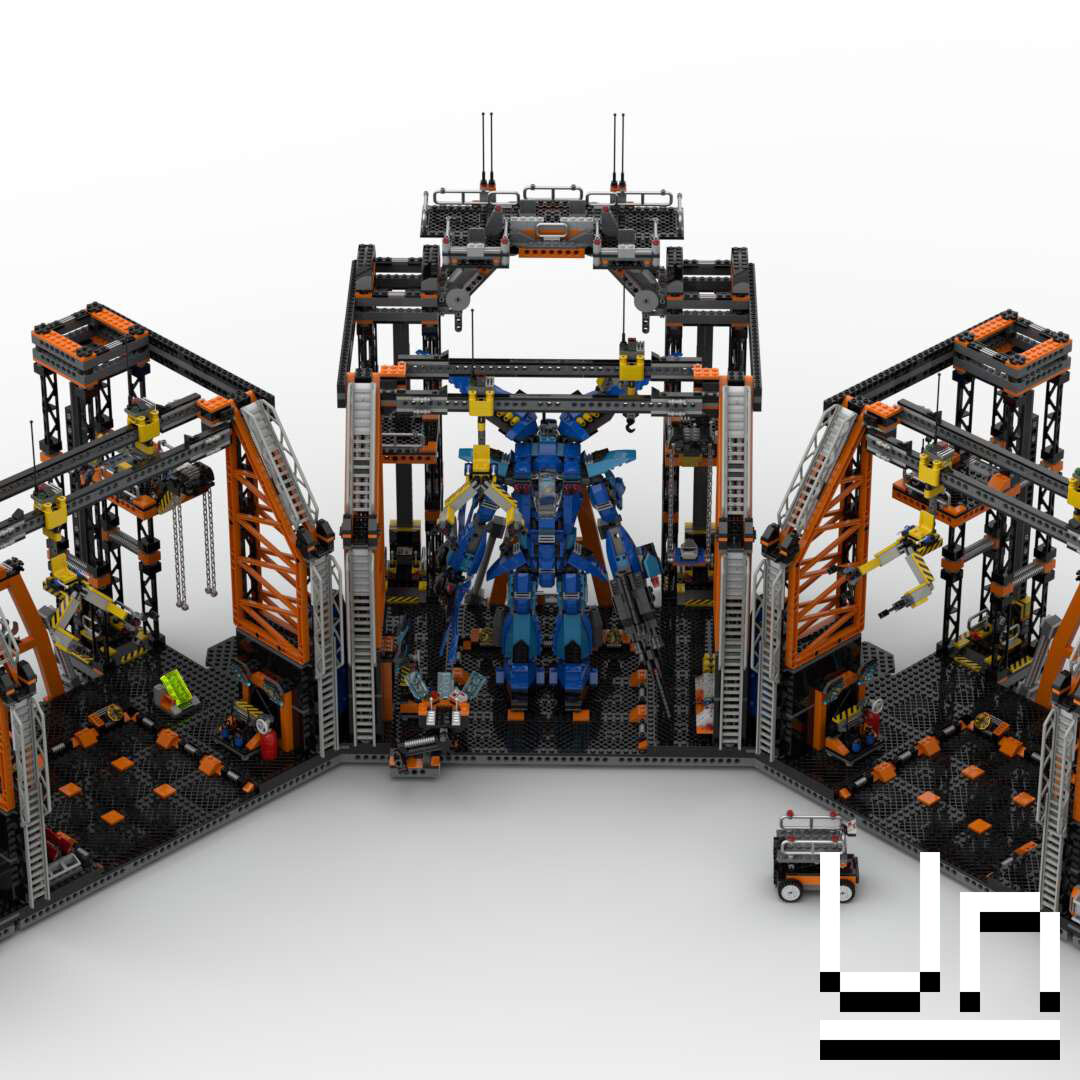 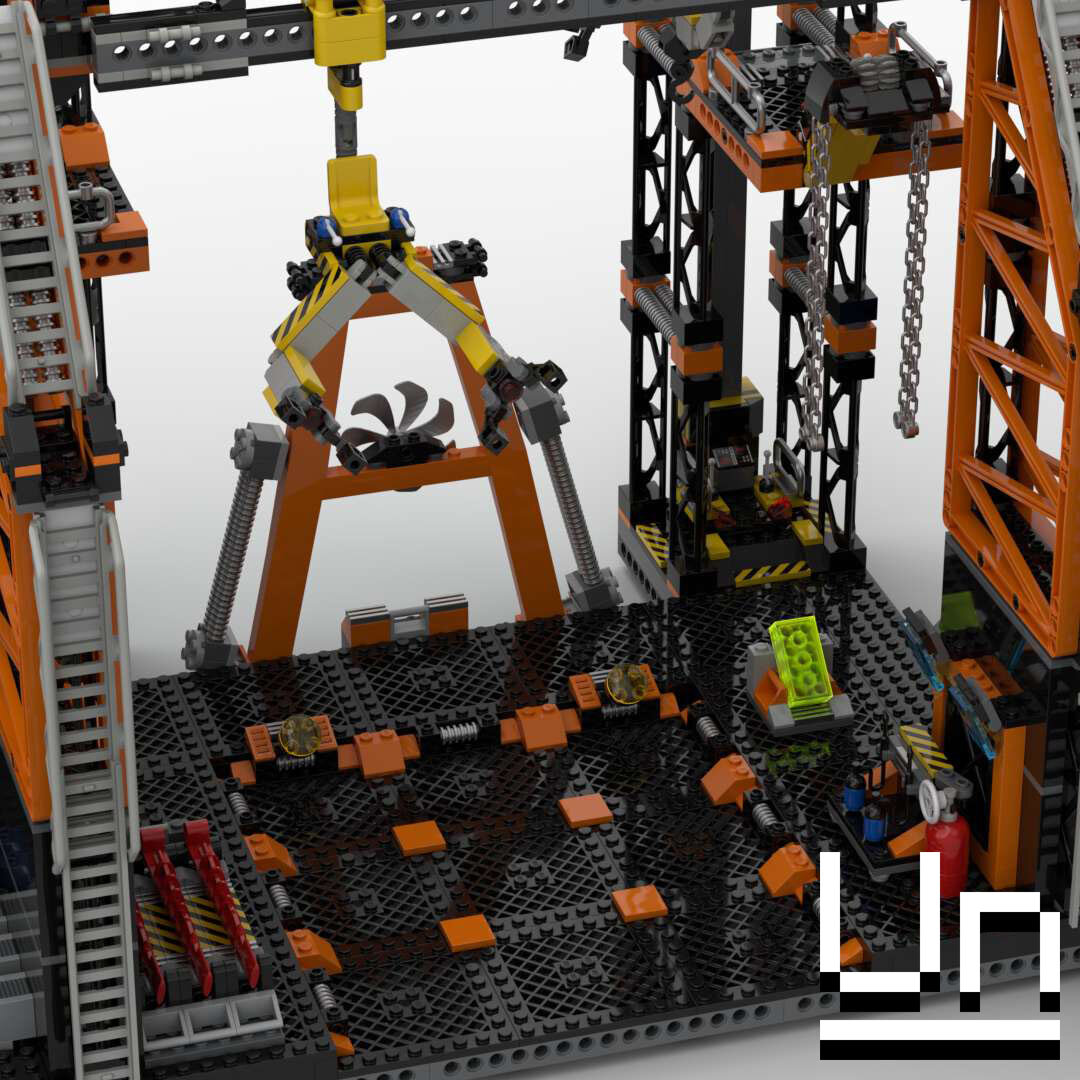 So here you can see the main hangars, each has 2 frieght elevators, a crane and 2 robotic arms to service the mainline Exo-Force Mechs. Both the arms and elevators can be moved as they’re on tiles so there are play features in this, the mechs just sit on top of the grid floor panels. There’s replacement blades for the Titan and ammo resupplies for the Hunter and Strike, as well as some light brick backups. 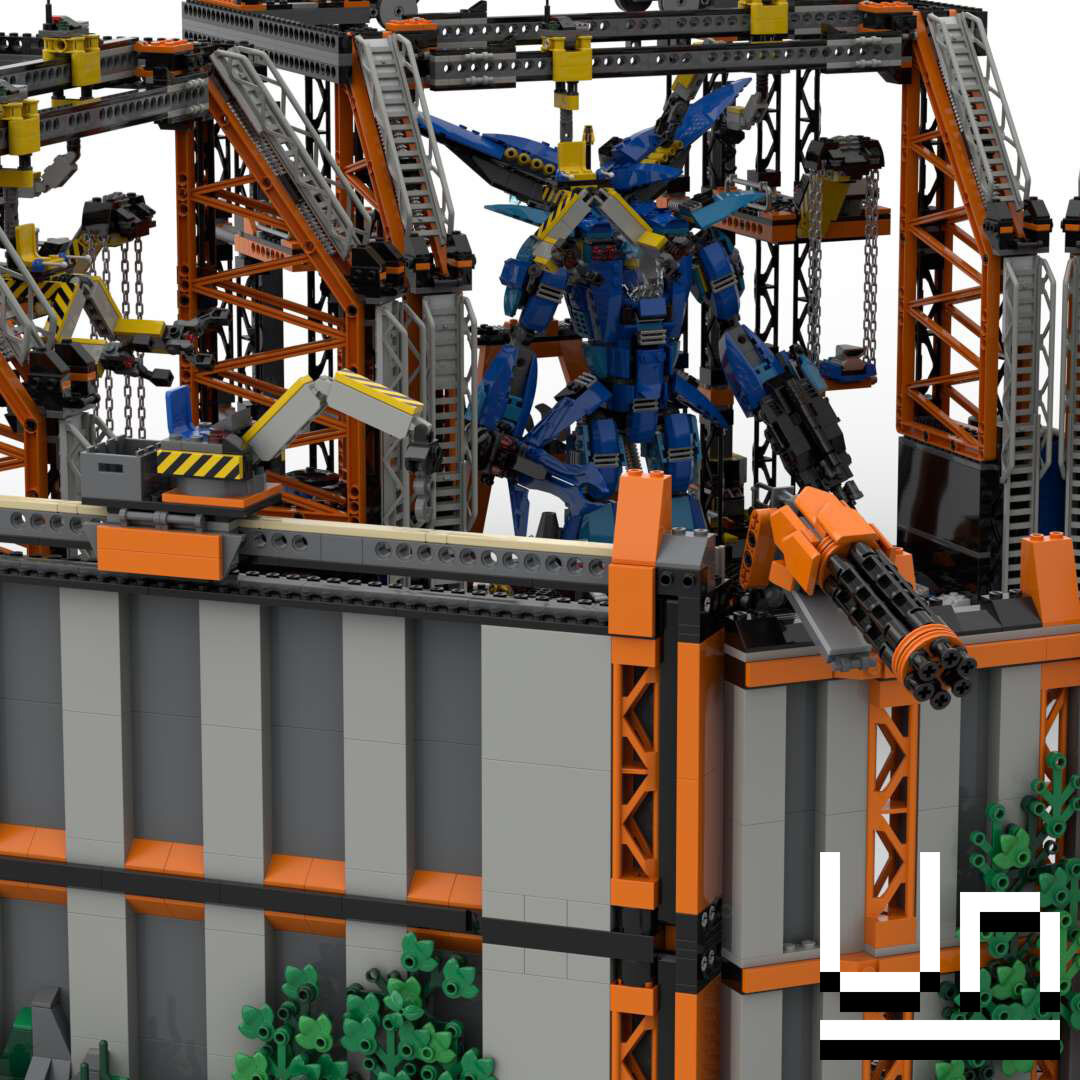 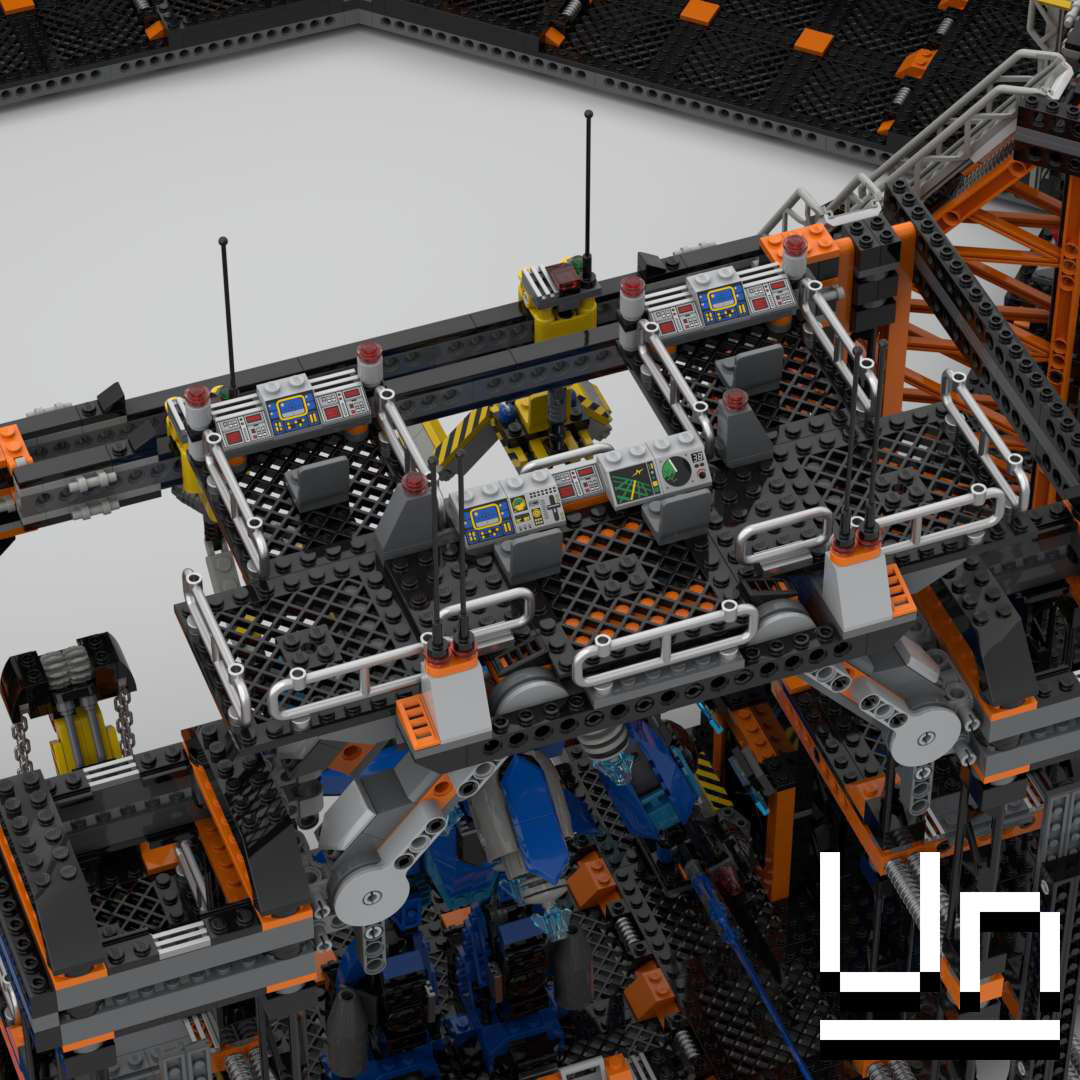 There are 4 main weapons covering the gate and bridge, 2 laser cannons and 2 chainguns. These are all operated from the command platform at the top of the central hangar bay. 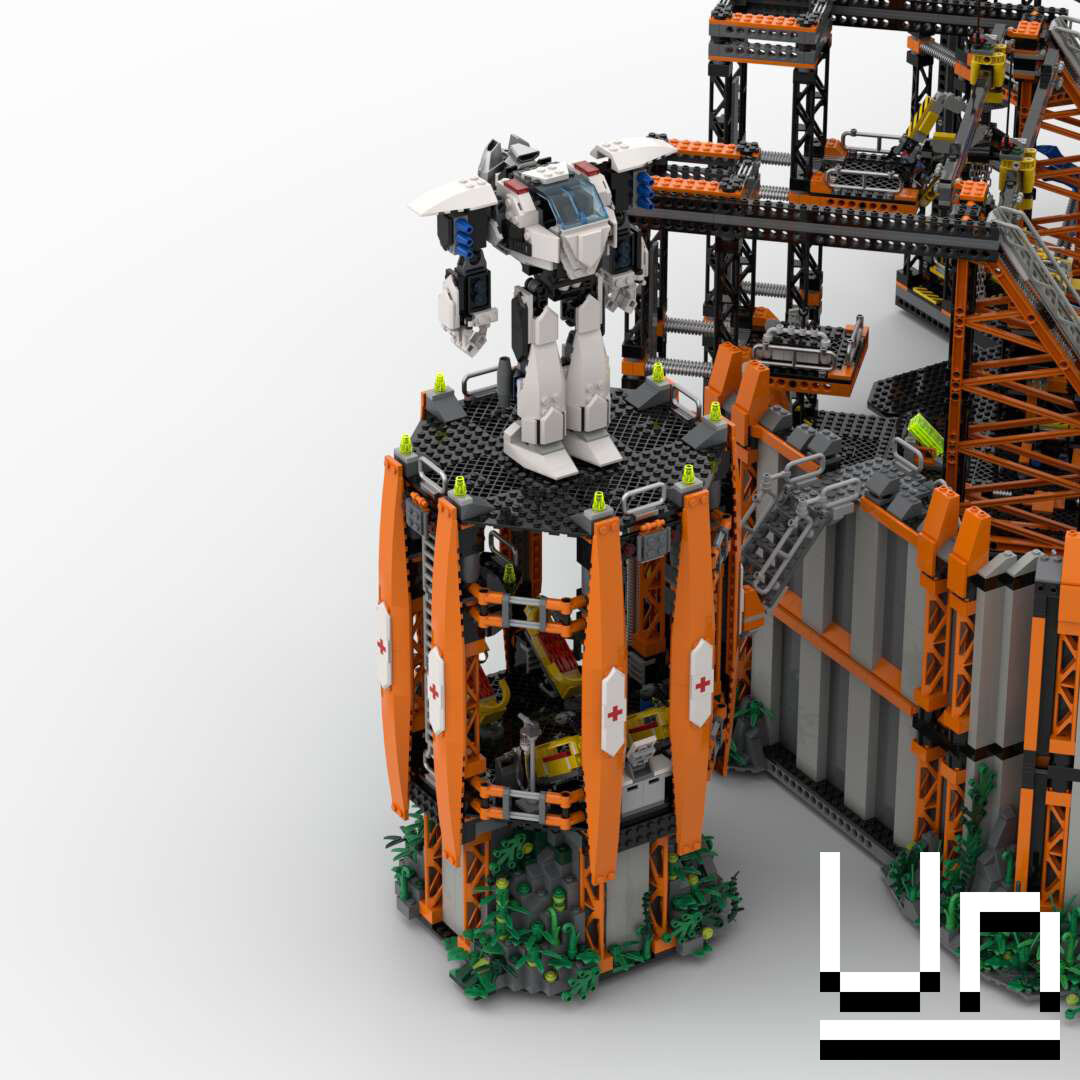 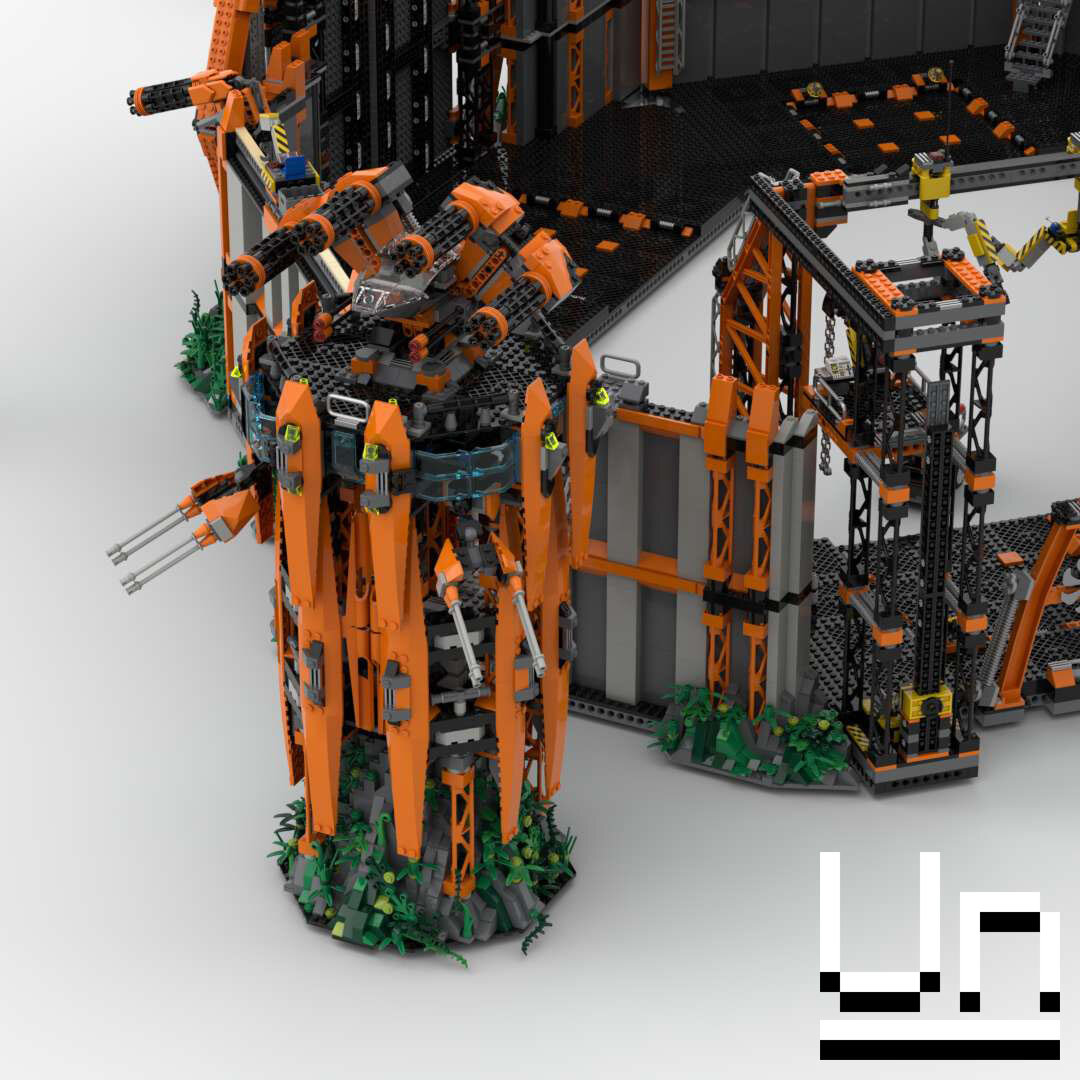 I’ve already uploaded in-depth posts on the towers so here you can see them linked to the fortress with gantry platforms and stairs. These are also great shots of the foliage around the towers and back sections of wall. 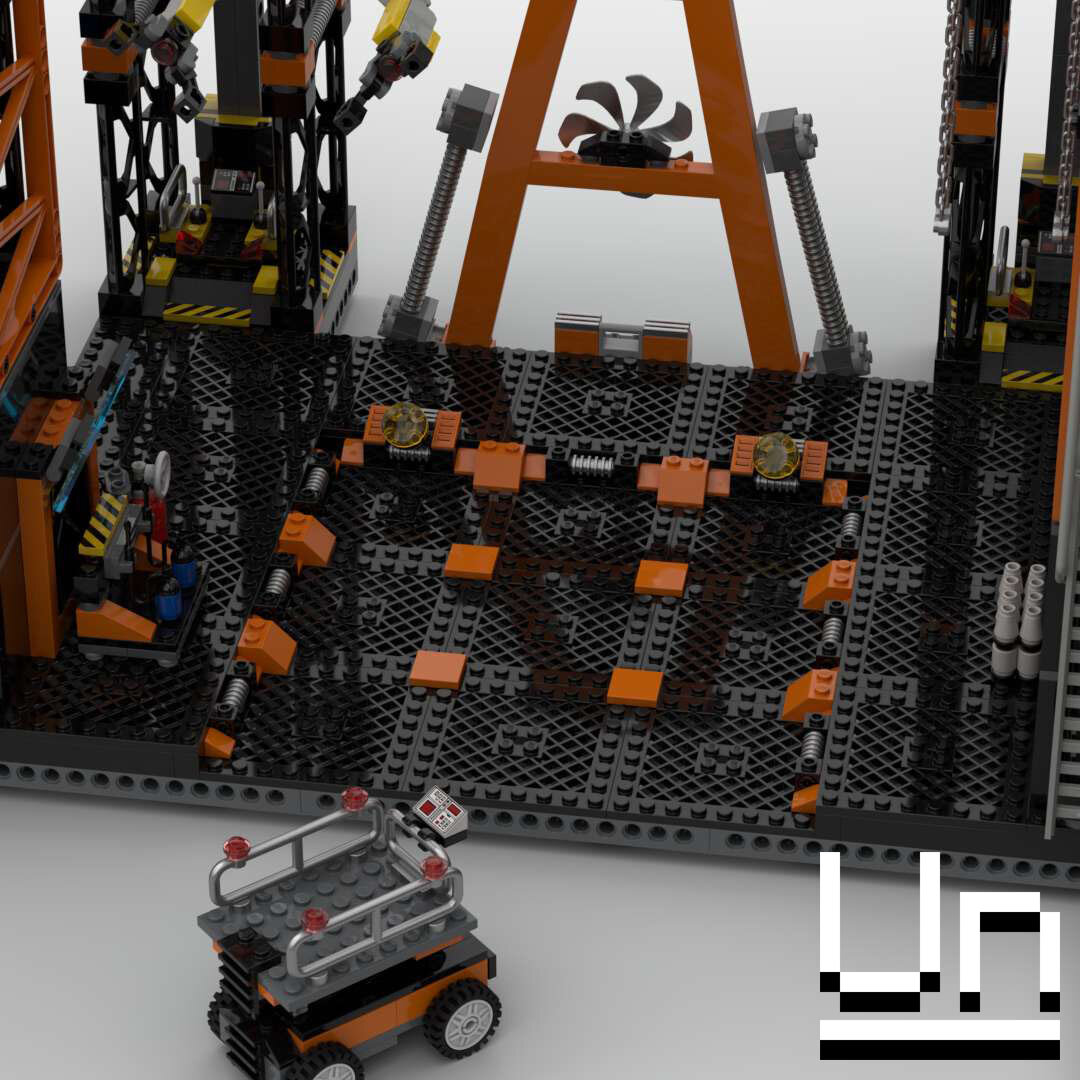 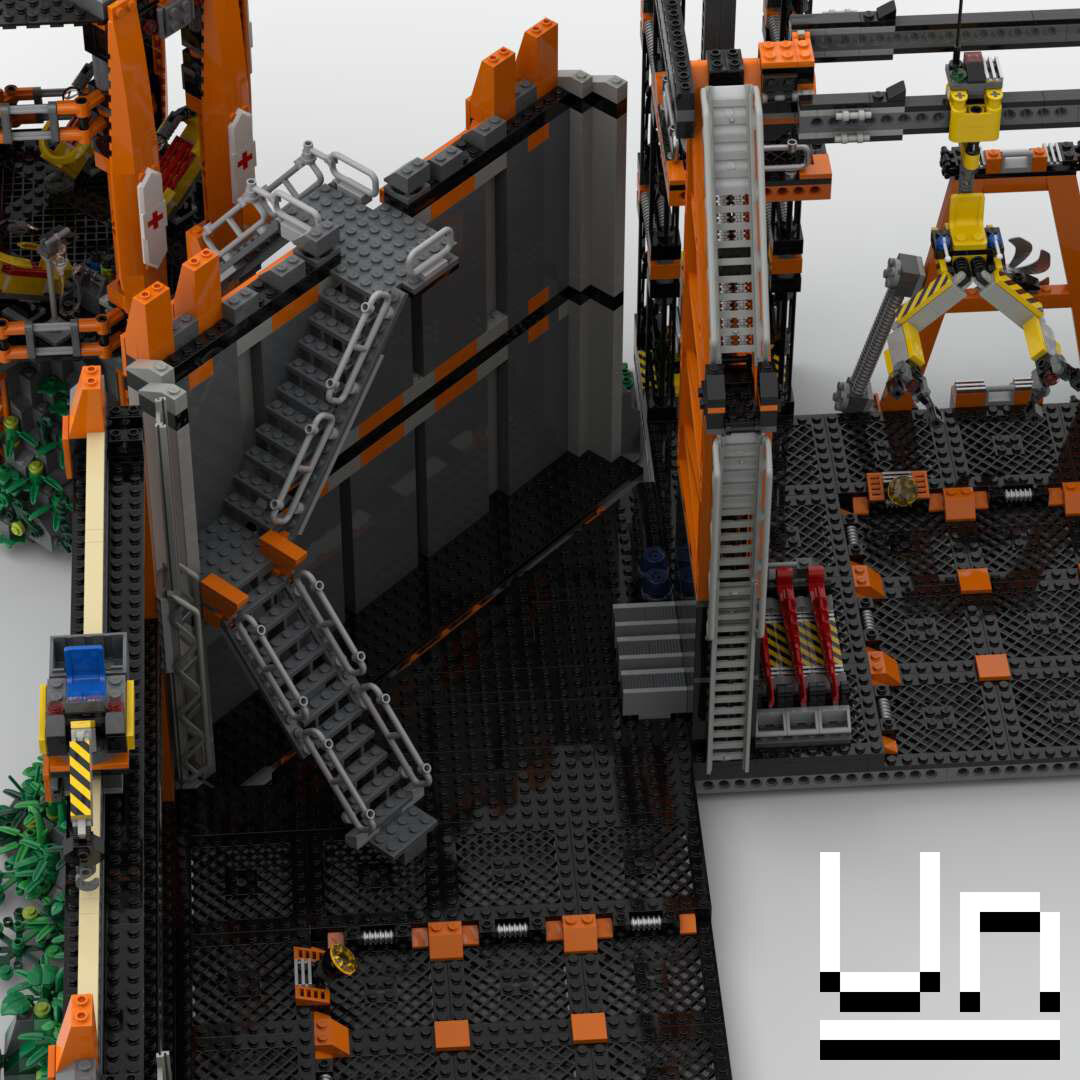 Here’s some more shots of the interior. 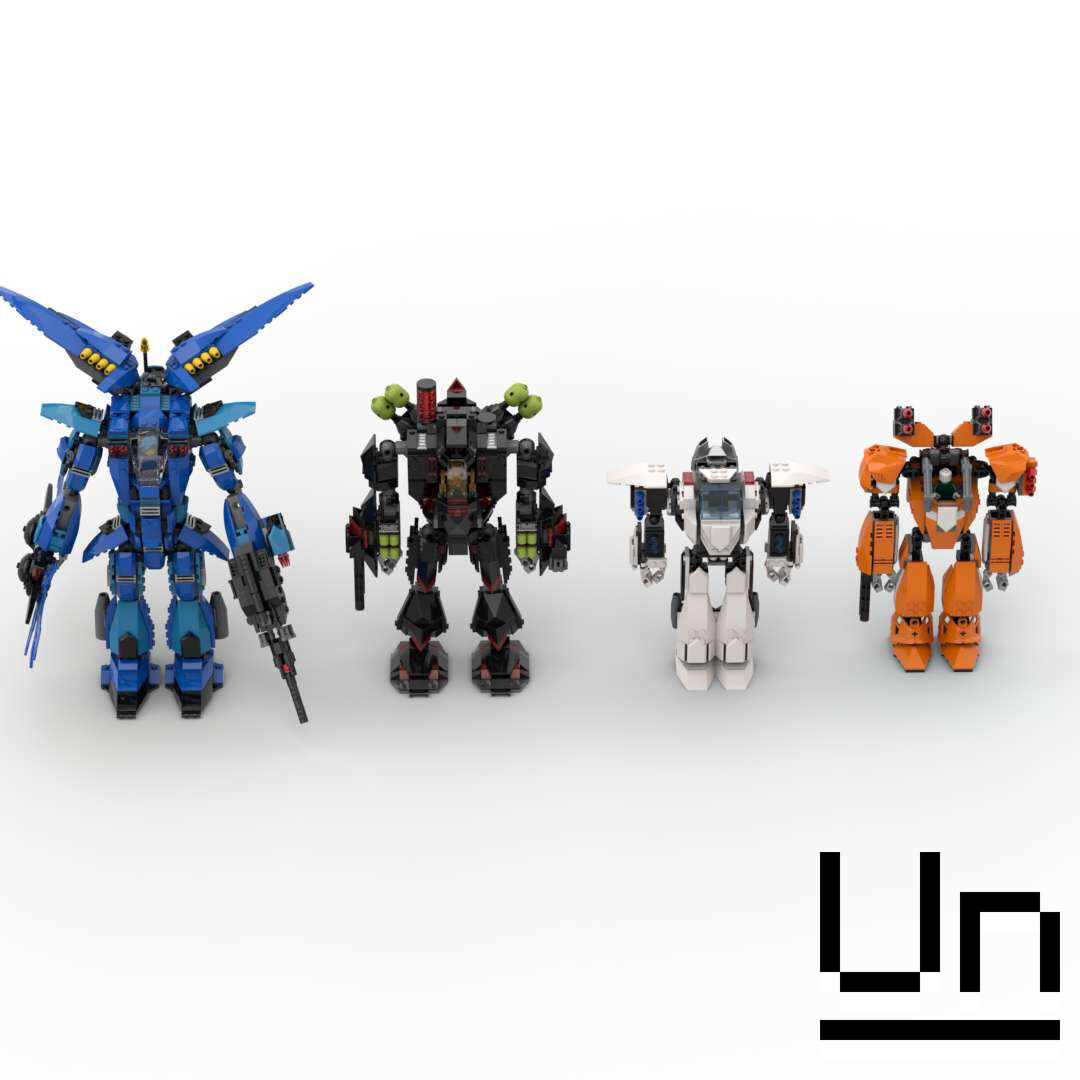 Mechs
Here’s the final mech lineup with new-comer, Uplink, Uplink doesn’t have a main hangar or platform, as it was designed sort of as a side project in the story by Ryo I thought it would be fitting that it have no real bay, it would be stored near the bays so he would be close to his tools while working on it. 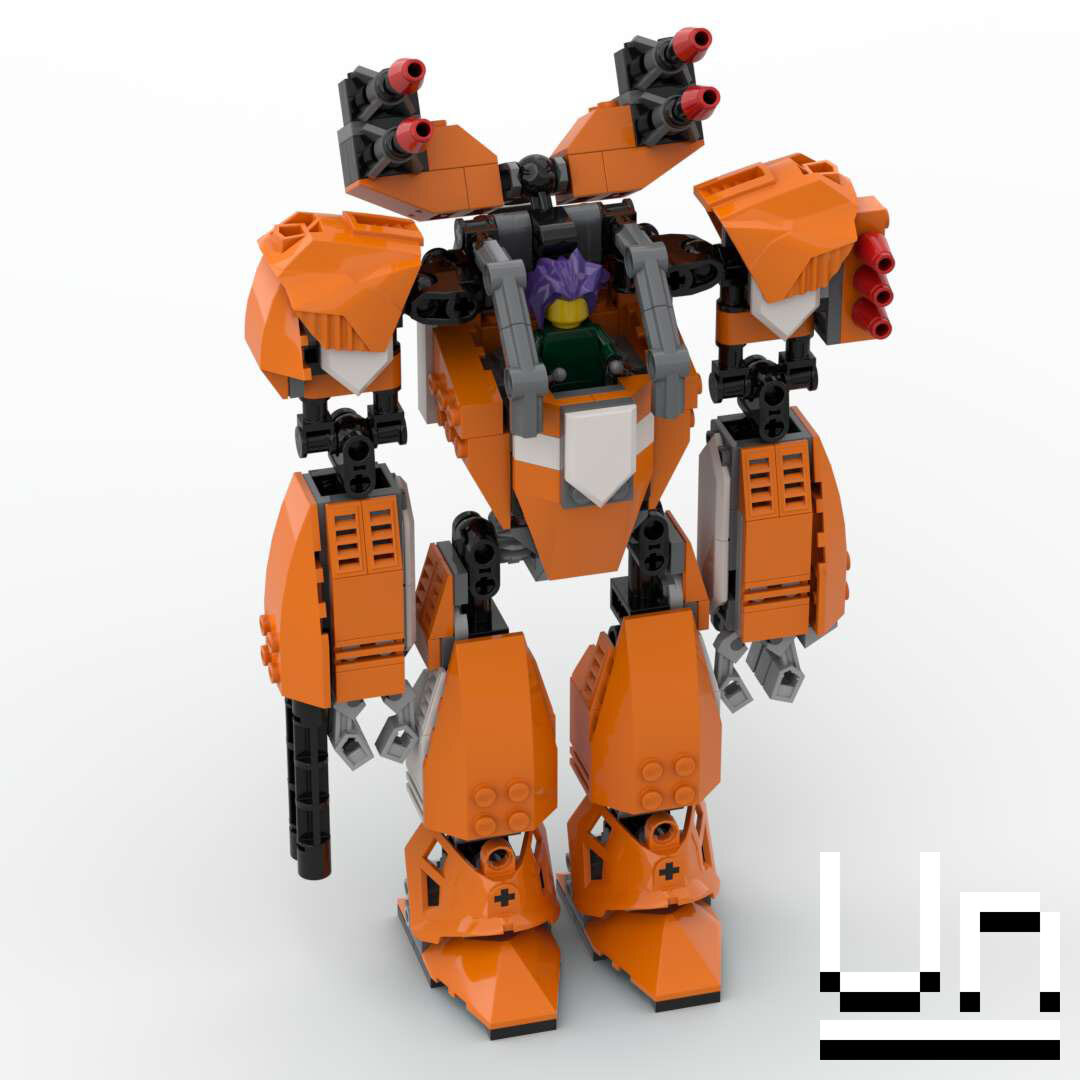 Uplink
Here’s a close up with the Mech Pilot in Ryo’s colours, I wanted the shoulders to be technic or at least Bionicle-ish parts and this HF shell does the job perfectly, I wanted the mech to have a balance of system and technic parts which looks quite cool. The exposed cockpit, gears and exposed joints does show that it’s not the most high-end mech.

It is quite heavy on the vents but I didn’t like the smooth orange and the set overall has a ton of orange as it is.

So that’s the Sentai Fortress, I hope you all like it, comments and criticism are welcome as always!

Fantastic work here! It looks awesome as a whole! Though the only thing I wish I could see here wold be a bunch of minifigure-sized rooms.

This is awesome! Best Exo-Force MOC ever created! It would be so cool if something like this became a set!

As I said earlier, I think it would be worth trying to submit some of your work to LEGO Ideas!

Amazing work!
The details and the structure and the colors are all there and complete, well done!

I particularly like the design and details of the gantries.

This is great. Like the inclusion of Uplink, both because it fits the color scheme and it’s the only EXO-Force set I collected during its run (I didn’t come around to the theme until much later.)