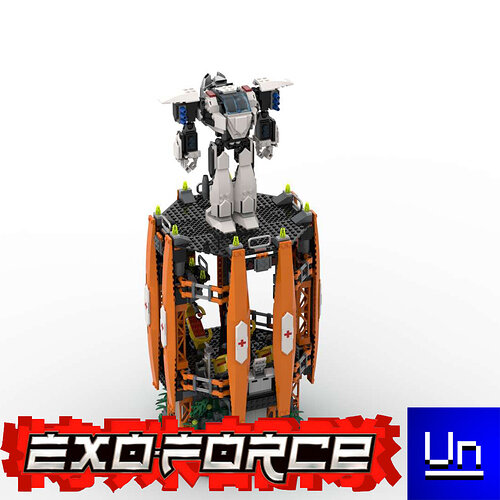 ##Overview
I haven’t posted in ages, been working on stuff, like this! A revamp of one of the towers from the Exo-Force Set, Sentai Fortress. This tower functioned as a medbay, where a minifig could sit in these yellow pods and a landing pad for this tiny glider thingy. 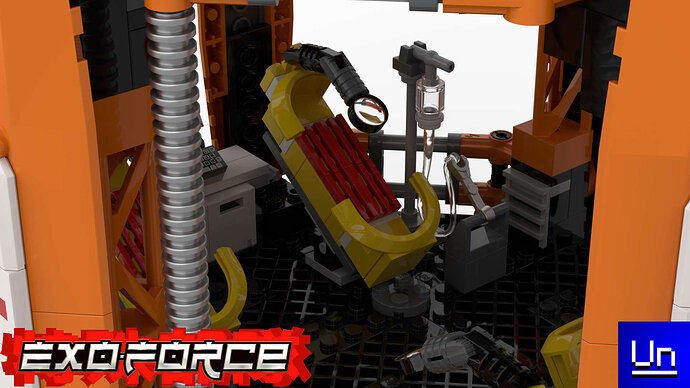 So I’ve kinda done that, put the tower on a rock, upped the medbay capacity and built a landing pad, however I wasn’t a fan of the Gate Guardian glider and I was worried that my style of upgrade would make it look too similar to the Silent Strike or Stealth Hunter. My version is a small, stocky, little guy with some missile pods and a jetpack, although he may get some more weapons in future. 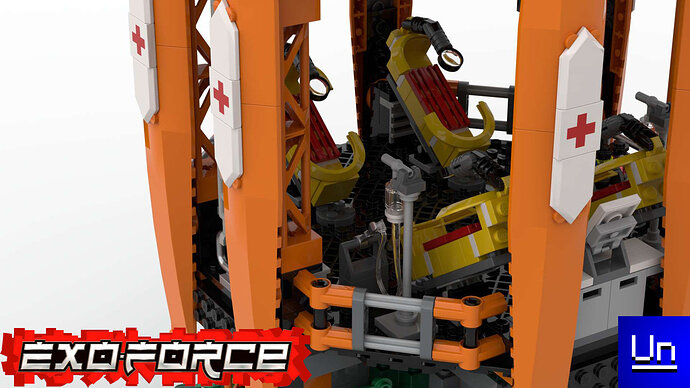 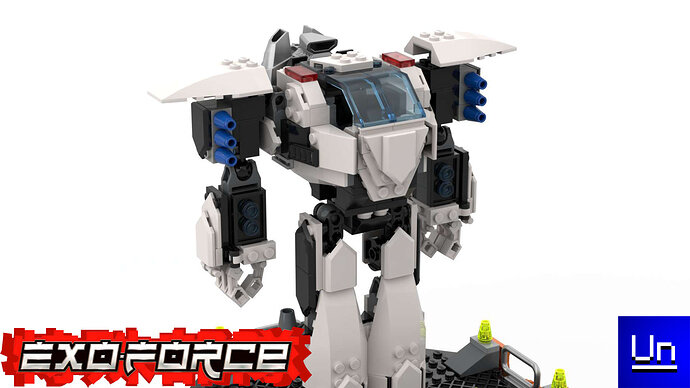 As always comments and criticism are appreciated!

Huh, haven’t all these recent upgrades all been part of one set…

Yeah, nothing else to say but perfect.

Hit the nail right on the head with this one.

Can’t wait to see them all connect

How could you expect less?

Not all my builds are great, but getting two people call this perfect was better than I’d hoped.

You really should be making more of those!

You really shouldn’t be that critical with yourself, your builds are great! I always love seeing them

I really like the tower, has a lot of size and detial too it, wish i had a better shot of the rock it sits on though, it’s obscured by the exo-force logo. Maybe switching out some of those med pods for more original builds and other details would look cool too, like that med pod is a specialized healing station and you could have an X-ray type machine or some kind of more simple stretcher.

I don’t like what you did to the glider type mech, the one you have looks like a heavy defense unit to be used on the gate not the tower, the blue missiles and the red lights also make me think of police, I think a really mini glider type suit would be really cool, maybe keep the lower leg panels so they’re as long as the original’s legs, but have more mass to them, and use mixel joints and stuff you you can make it super small.

The IV drips and internal detailing are original, the reason for the med pods is to link it to the original build, there’s no Xray machine as I thought, futuristic pod thing, it probably has that built in.[quote=“AwesomeJoel27, post:11, topic:49906”]
the blue missiles and the red lights also make me think of police
[/quote] 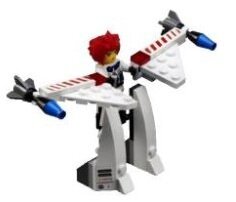 The gate guardian originally had red lights and blue missiles, that’s why mine also has them.

As to why it isn’t a glider is kinda because it conflicts with the nature of this upgrade, my upgrades emphasize the size of original sets and the glider scaled up would be a mech with wings for arms. I thought that that wasn’t a great idea and so I’d make it a white mech with wings, problem is as I said in my post, that’s literally the stealth hunter.

I might update this with a small squadron of mini gliders, kinda like power armour with wings but the landing pad can’t really support that and it’s not exactly the exo force style.

you can make it super small

Nothing smol, all must be bigger.

The police thing was just off the top of my head, not really critique just something it made me think of.

And whatever you make will be bigger than the normal glider anyway, probably substantially so, I was just saying that I’m comparison to your other revamps it would be very small, and I think that’s part of the character of that battle machine.
The one you made is still good looking, it just says hulking Brute, while the glider in set is more of a light speedy thing.
Though I suppose you wanted a completely different machine and didn’t really base it off the original all too much, which is fine.

The reason I did not make it a glider and made it more stocky and boxy (it’s not a brute, that’ll be the Grand Titan), is because it’s design does not scale up as other sets do.

It was made essentially using a minor piece count as an add on, and a glider with legs does not scale up the same as the rest of the build. I would have to either make it more aircraft or more mech and deviate to heavily or simply redesign the model which is essentially building it from scratch.