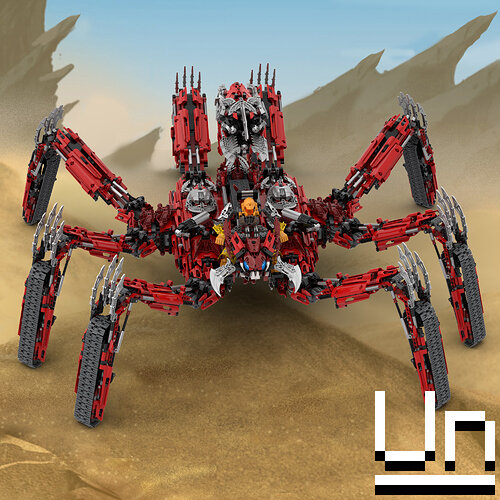 This build has been a long time coming, but I’ve finally finished it, it consists of 5705 parts, stands at 42 centimetres tall in the above image and is one by one meters wide and long. 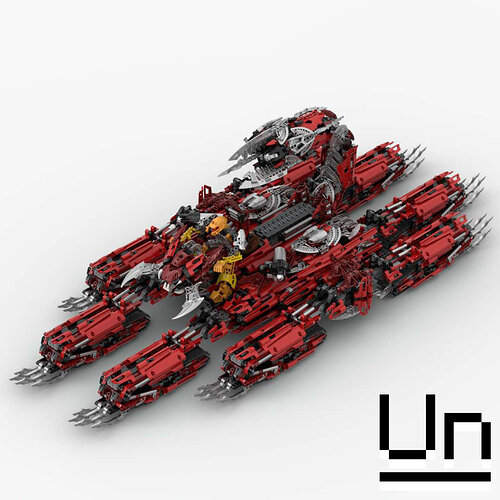 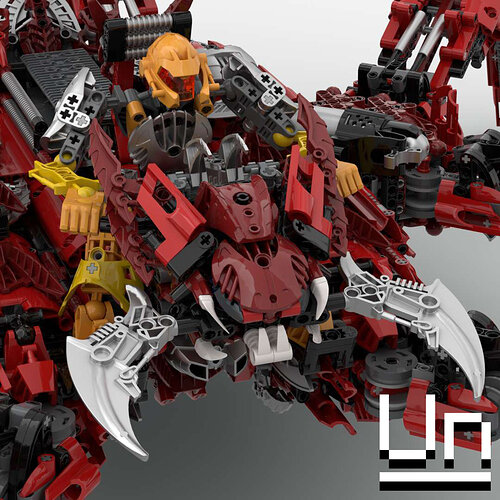 A close up of Telluris in the driver’s seat, I designed the head based off the Xenomorph queen’s crest, behind the head are control panels and screens. 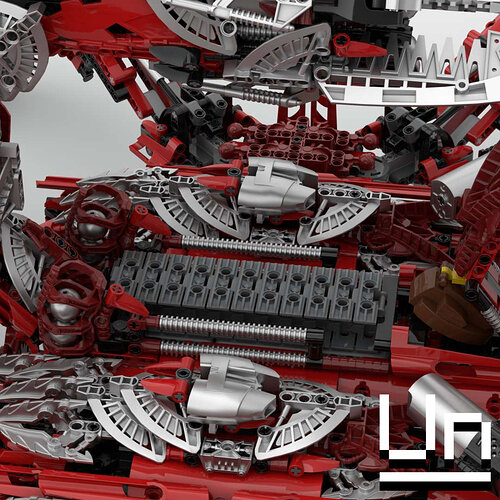 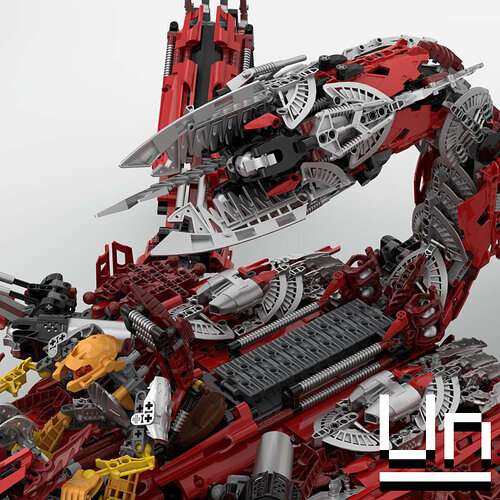 Some of the details on the back, the central area stows Telluris’ gear and spare treads should any be destroyed, there’s also some ammo stores for when the guns require reloading manually. There are two side turrets I added just to give Telluris some greater range than just the tail guns as the turrets can swivel.

I used the Phantoka Jetpack pieces as engines and I think they look really cool. 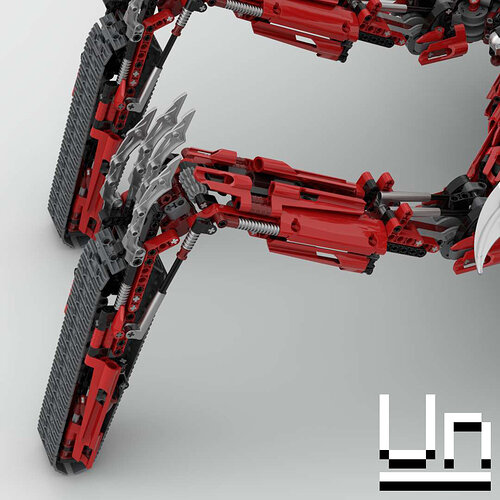 I’m not sure if the legs are strong enough to support the build but there are 8 and each joint has at least 2 forms of friction, be it ball joint, ratchet joint or piston.

I hope you all like it, there’s more images on my Instagram here. Comments and criticism are welcome as always!

Is your building program missing the Telluris helmet piece?

Alas it is indeed sadly, I prefer this one though, more practical which I think suits Telluris more.

Man, this thing is insanely huge! I love it!

WOW THIS IS AMAZING!! I wish it was a set.

Incredibly ambitious, but the result was incredible as well. How much would you estimate this would cost as a lego set?

Looks a bit goofy in tank mode, but that is one impressive spider. Great job!

Looks awesome! I do agree with Bluejay, the vehicle mode is a bit… off, but the fact that it exists at all is impressive! Certainly an ultimate upgrade on what I used to believe was the ultimate set!

While it does look a little goofy in tank mode, that’s just the way it is, getting it to transform in the same way was gonna have it run into this problem but I reckon it looks alright.

I don’t think Telluris was ever a very practical sort…

But the actual MOC is super crazy impressive, huge congrats on finishing it.

Everything can become more of a juggernaut.

Yikes. That’s a lot of parts to make this.

now part it out on bricklink

@Kamoranova5 Yup, 5.7k
@CDrifter I do have the parts list for BL, doesn’t work since I use recolours
@Heyzorks The concept of ultimate upgrade is to take a lego set and revamp it but bigger, with no parts or size restrictions. Pretty much my only limitation is keeping in with the ideas of the original set.

That piece does not exist in Stud.io. Kardax also said

I prefer this one though, more practical which I think suits Telluris more.

Good lord. Game Over. GAME OVER if this thing existed on Bara Magna.