WARNING - WALL OF PICTURES AND TEXT AHEAD

So, this is the third attempt at my Destroyer revamp. Though you could probably tell that from the title.

This is coming sooner than expected, because my camera wasn’t working on my phone, where I usually take my photos. But then I remembered that I had a tablet…that had a perfectly good camera…

Anyway, after a brief period of banging my head at the wall and building my Mk III, here is my attempt at improving from my Mk II.

ALSO - Don’t mention the Gali chest piece; I have yet to buy another Onua, which I DO intend on doing so I can create at least two Shadow Spawns, while still having both Onua Uniter and Umarak Hunter. 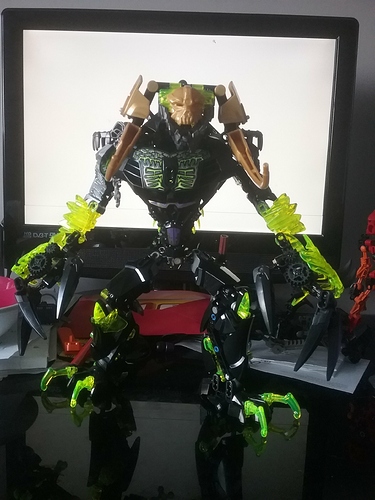 Despite the camera, my photo skills are still rather bad. And the usual spot I take photos in is currently unavailable, so you’ll have to settle for my computer as the background. Also, Umarak Slav Squat. 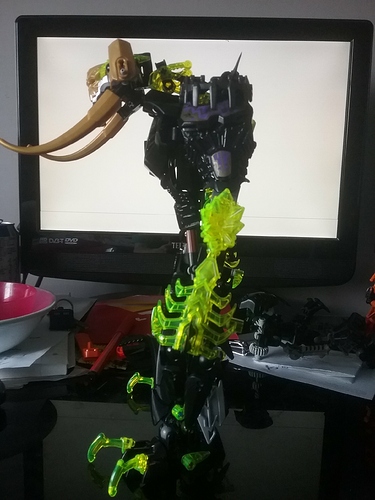 Side view, where you can see the neck is a vast imporvement, I believe, over the neck, or that there lack of, in my Mk II. As seen below; 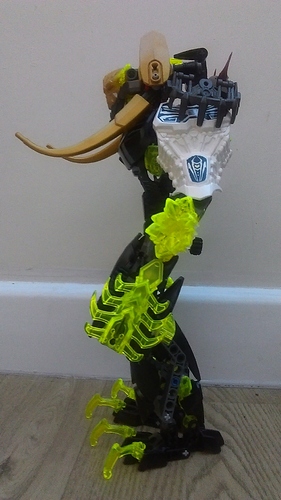 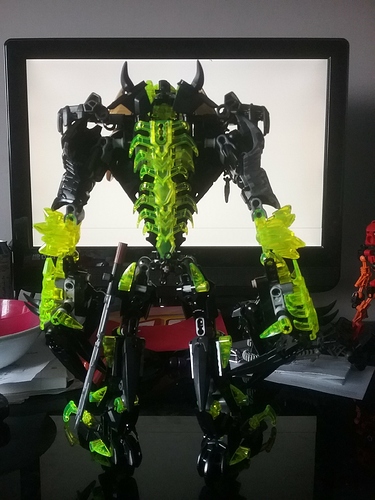 Umarak_the_Destroyer#4.jpg1944×2592 1.39 MB
Back shot; as you have probably noticed, I tried to get at least one trans-neon green piece in every part of the body. To make it look like he was actually being taken over by it. 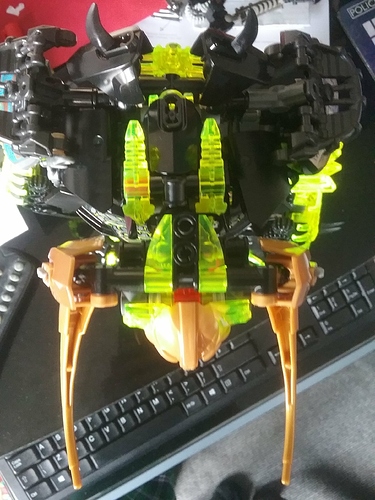 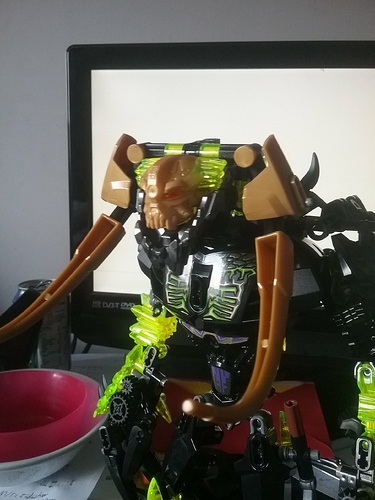 Umarak_the_Destroyer#2.jpg1944×2592 1.36 MB
Close up of the head; I switched out a few gold armor pieces, since the old mask design made it look a bit strange. With the length 4 armor shell, I feel it looks more streamlined…in a way. And it allows the tormented soul of our dear Hunter to be seen through the Mask of Control. 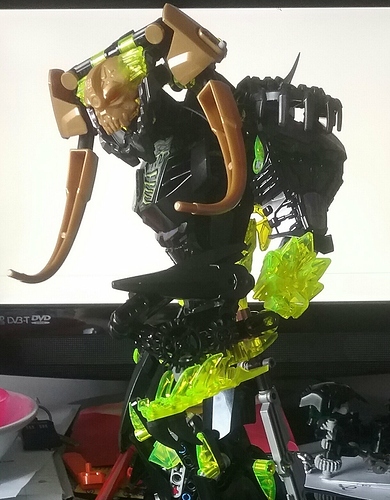 Now for some size comparisons. 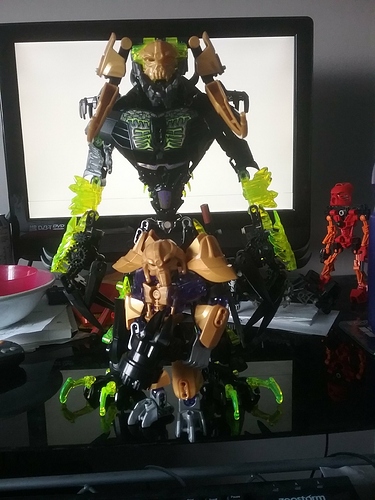 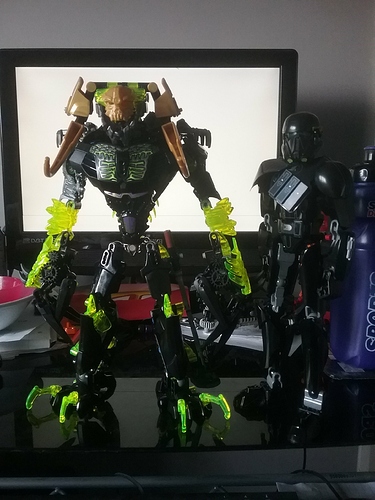 Anyway, that is the MkIII of my Umarak the Destroyer. At a request, more photos will be added at the request. (Which I will try to do, unlike my MkII…)

All comments are welcome!

Looks better, nice improvements but personally I think he’s bettter off without a neck but that’s probably just me

Great moc. Though I’ve only ever found one Umarak redo/revamp that just really stood out to me. Still, great work though.

To be fair, nothing can really beat that

Nice revamp. I like that he retains the more spindly stature of his Hunter form but still looks bulky enough that he gives off a mutated vibe.

The horns look a bit odd being so high up, and you should make the lower arm bone black so it doesn’t just look like its fully crystalline and more like the crystals are growing out of his arms.

Other than that its really cool.

Not a fan of doubling the trans spines (maybe leave one gunmetal; my recommendation would be the upper), but outside of that it’s a solid model.

Im a bit cirius umm…
Does his mouth move at all?
Anyway excellent moc