Hi everyone!
I’ve got a special MOC today. This build was a collaboration with @joshuad17.

Joshua is working on his own Ninjago fan season called Realm of Madness and I helped him with designing set concepts for this hypthetical season.

Joshua made all the decals (minifigure designs, bookpage and painting) and drew a concept of how he wanted the set to look.
I built the model based on that concept and made all the renders.

This set is called “Umbra’s secret library” and is supposed to be a 15$ set. 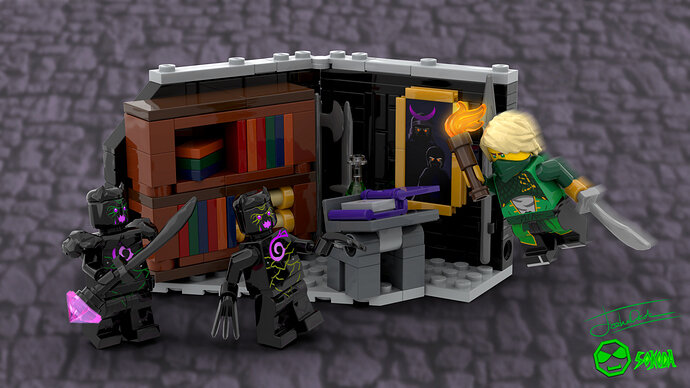 The build of this was based on this intial drawing by Joshua: 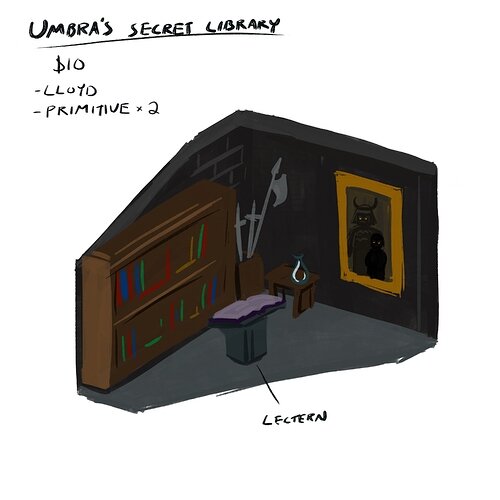 I made some changes to fit in some play features. 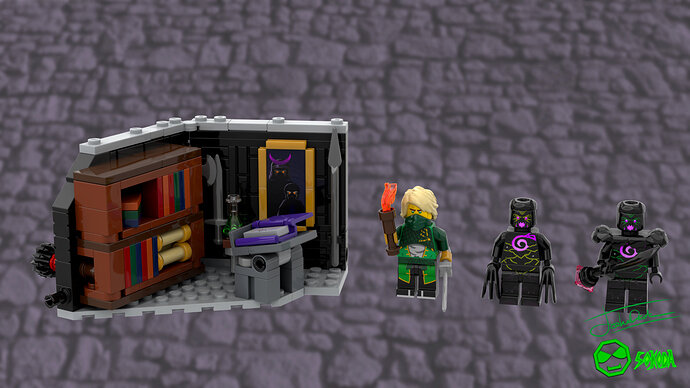 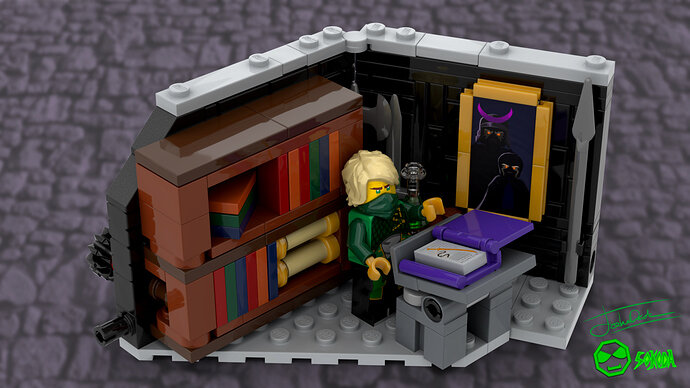 The model has a hidden door behind the bookcase, which can be flipped over to reveal it. 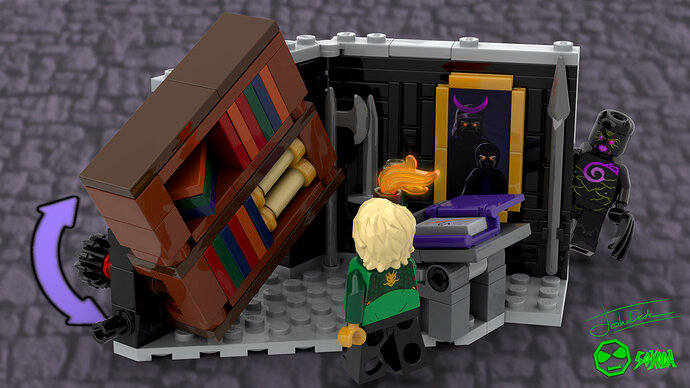 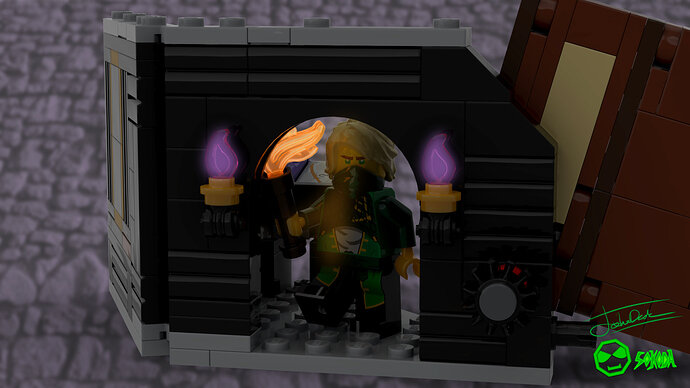 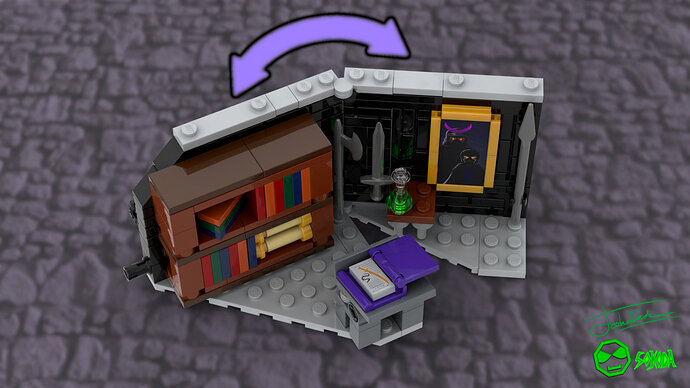 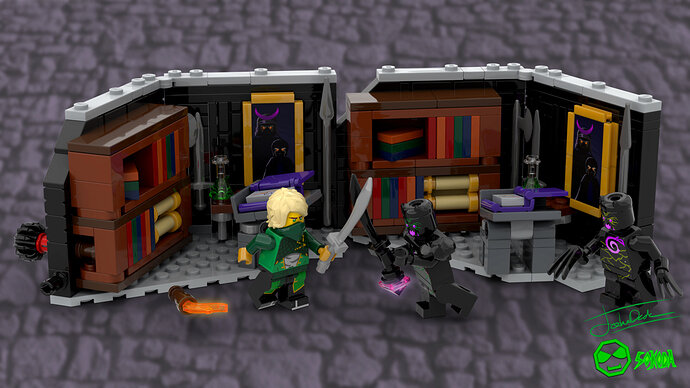 I hope that I can do a couple more of these set-concepts in the future and I hope you like this one.

love how you did the scrolls.