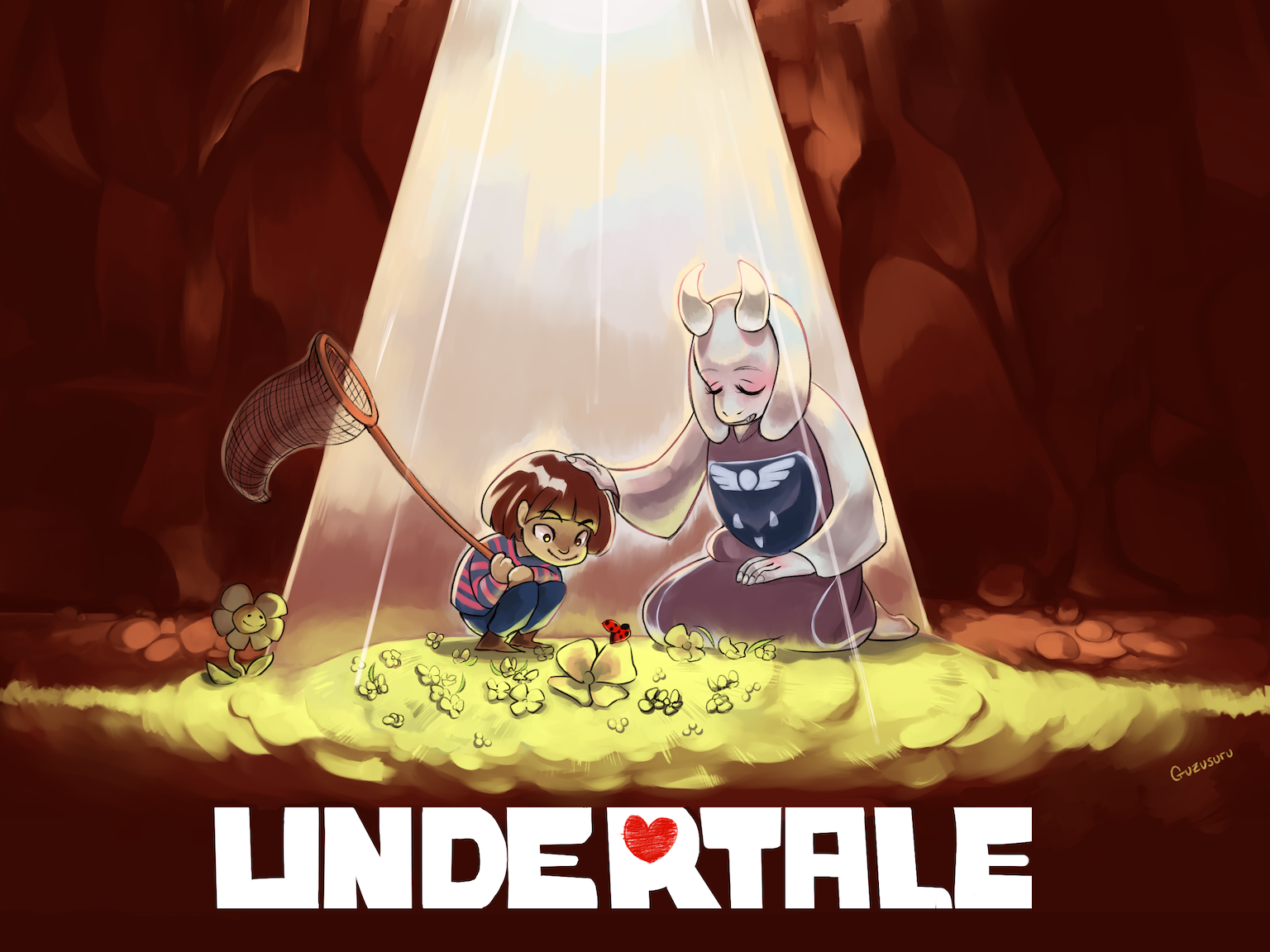 Casual me; I hardly watch or play, and this is one of those case were something popular grab my attention.
Undertale is an RPG from Toby Fox Kickstarter.

LORE:
Long time ago, there were 2 dominant race; Humans and Monster.
One day their was a war breakout between the two; human defeated the monsters and then punish all in a underground world and sealed them with a magic spell. Anyone who climb the mountain from their banishment never return.
That were the game begin.

Gameplay:
You play as a young child trap in a hole filled with monster and you must go back to the surface without killing any monster.

You have the option to kill enemys, however people highly recommend not to fight or the plot will shift, making the gameplay much harder.
You can dodge attacks and choose whats the right move to proceed.

I have spoiled my self multiple time and all I can say to this game is it invoking tear-jerkers, nightmare fuel, and feels.

It looks pretty nice. The art style is neat.

This is a stealth RPG.
Now I am interested.

Not really stealth, it more of dissension.
Either you be Mr.NiceGuy, Neutral, or strait up Hitler.

Love this game.
A lot.

I too have spoiled myself way too much

Gotta find a way too play this on my chromebook, and then actually get some time set aside for playing it.

I thought so too. best face in the game

best face in the game

Wait a minute, isn't that the face he makes when you kill him ?

isn't that the face he makes when

I remember it being at the end of the pacifist run.

oh, after some research, it seems toby used a similar expression, though that specific picture is of the [spoiler].

they are pretty much the same expression.

He makes that face when he discovers how much dating power you have.

Non-face compare to this abomination.

I though it was necessary to share this awesome cover I found.

I want to take a break from LDD, but im going to regret what about to come.

I want to take a break from LDD, but im going to regret what about to come.