Ok, so with all the controversy surrounding female mocs on the board so far, I decided to do something, with good picture quality
Before the pic I will address the two big problems, the mask and upper legs, that’s were i failed. 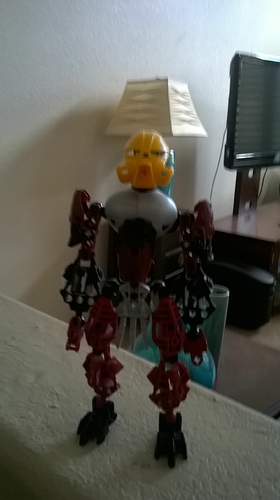 I like it, except for the mask, which, to put it bluntly, destroys the colour scheme.

I wanted to use a 2015 mask, but I had issues with the neck, so I settled for that mess

That torso is pretty nice looking. The legs are kind of pudgy, which contrasts with the slimmer torso. The mask is a little masculine, and as aforementioned, a bit off putting in that Keetongu Orange color.

Ok, so with all the controversy surrounding female mocs on the board so far, I decided to do something, with good picture quality

Well that’s not subtle at all… There’s not really a controversy, it just a person making very flawed female MOCs and getting rightfully critiqued on them. To my knowledge at least…

I honestly think the biggest issue of this MOC really is the torso. It’s not the chest, it’s that the torso looks…pushed up? Puffed up? What I think you should do is keep the concept and color scheme, but look up some female builds and base this MOC more off of what you see. Just make sure you’re not blatantly copying others.

I really like what you got going so far. The metru red, black and silver go together and the Yellow mask reminds me of the golden masks from both generations of Bionicle.

I’m definitely going to change it, and thanks for the constructive criticism

The body design is alright, if a bit awkward.

Alright, so here’s the thing; the reason there’s been so much “controversy” surrounding female mocs(this is not just something that’s come up lately- we’ve been talking about it on and off for forever) is that folks simply don’t understand how to express feminine features in their building. They tend to either overly express(even "sexualize) those feminine body shapes, or do what you’ve done here, and build an otherwise masculine moc- just to add on nuva boobs and call it a day.

From my experience, neither of these methods work out all-to well. The former comes off as unrealistic and non-beneficial to the character(not to mention, kind of creepy on the usually male moccer’s part). The latter, as you’ve done, really just exemplifies inexperience. It indicates that you don’t have a full understanding of what defines a feminine body; building a man and adding breasts won’t cut it(unless you have a very specific reason for doing so, but that’s doubtful).

All that said, I suppose my suggestion is to look at some anatomical sketches- visuals that show how female proportions work; from there you’ll actually get an idea of what needs to be thicker, thinner, etc. It can look feminine without having huge, round parts that say"look at me, I’m a breastplate". You should also consider that Lego hasn’t historically made any base builds that align well with feminine proportions, so chances are that you’ll have to come up with something on your own. The best thing you can do is get a reference and be creative.

Ok, I forgot to mention, this is my first try at a female figure.

Also @Garnira the controversy part was more of a joke, though you do bring up some good points, and I will take them into thought when I work on this

Also @Garnira the controversy part was more of a joke, though you do bring up some good points, and I will take them into thought when I work on this

Wait… someone judged your female moc and you… didn’t freak out?
Where am I!?
/s

Anyway, I can’t add all that much original critique here, but maybe make the shoulders a bit thinner, and definitely change that mask color. Oh and lower the boobs. They look like neckbreasts… which uh… rule 63?
Other than that, This isn’t all that bad. Basic? Oh sure, but it could have been a lot worse.

All of the critique has been heard, and thanks for it btw, I have completely scrapped the torso before this and rebuilt it 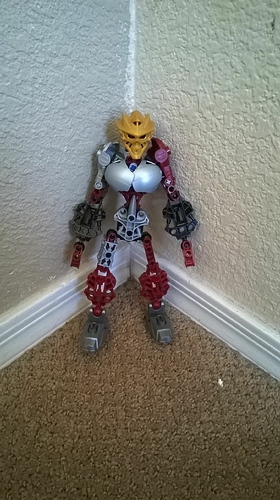 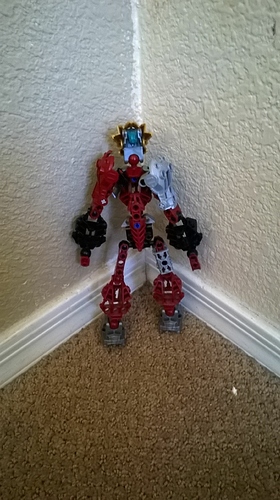 , because there’s no more thumbs up…

The shoulders seem small, but that’s probably just the fact the armour is angled out.

A bit gappybut nice build its simple yet good looking

This new version is pretty cool, a definite improvement…