Last time on a a series of posts nobody cares about"

It was a tie! Only two people wanted to see anything! So by popular demand /s I unveil the eldest and strongest member team Argonaut, simply known as, Unorthodox. 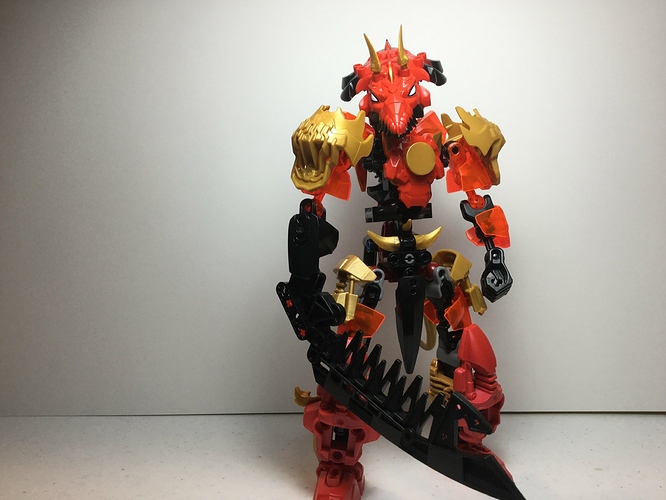 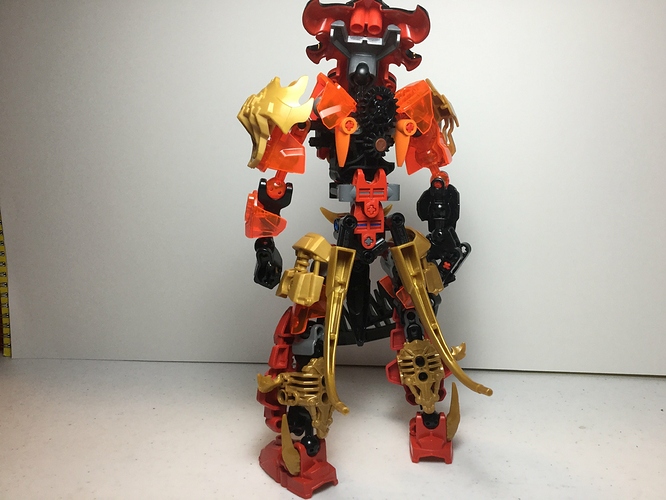 image.jpg3264×2448 1.49 MB
On the mocking timeline from newest to oldest he stands: Unorthodox,Concordat, The Imortal, The Connoisseur, Not Seltas, Skull Grinder, Morge Xanhatoth(first version), Tautoko, and Silver Fang. 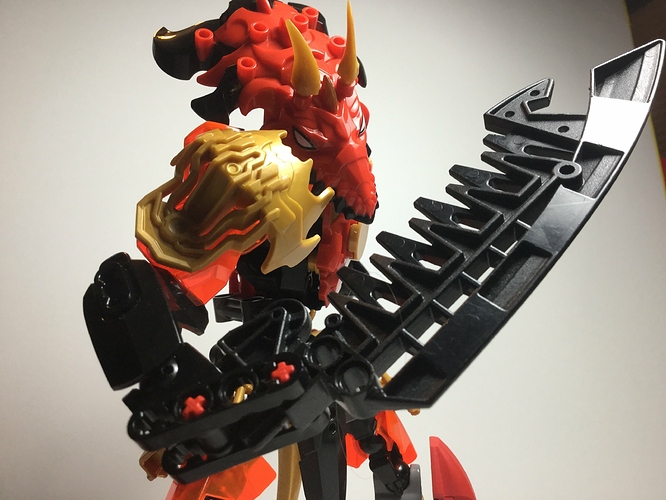 image.jpeg3264×2448 1.79 MB
If Unorthodox were able to choose he’d would have faded into obscurity if it weren’t for one special kid with a flute eager to make friends; since then Concordat never left his side, although nobody knows weather it is Concordat who is unwilling to leave or the other way around. In a way they have a sort of father and son type relationship with Concordat a innocent but eager to learn child, but a of comfort for Unorthodox in his old age.
He’s had a long life of battles, war, and front lines action. He has decades of experience in hand-to-hand combat and the witherd stone blade fused into his hand can never let him forget this.
Personally wise hes sort of a Soldier 76 sort of character who’s past his glory days and dead to the word but still fights for what he thinks is right.
Everyone in his team has their own powers that they use within the story. Concordat has his music as a support while Unorthodox uses fire as the tank. He can drag his blade along the ground to create powerful slashes of primal flame and flame walls as well as sharpen his blade by sliding it along his armor. While he lacks any sort of ranged attack his shear brutality in close range makes up for it.
The other members of team Argonaut are Concordat, Repentance, Comprehension, and Disclosure. All of which will be featured at a later date. I will also be trying to write a seires of short stories that work as chapters. 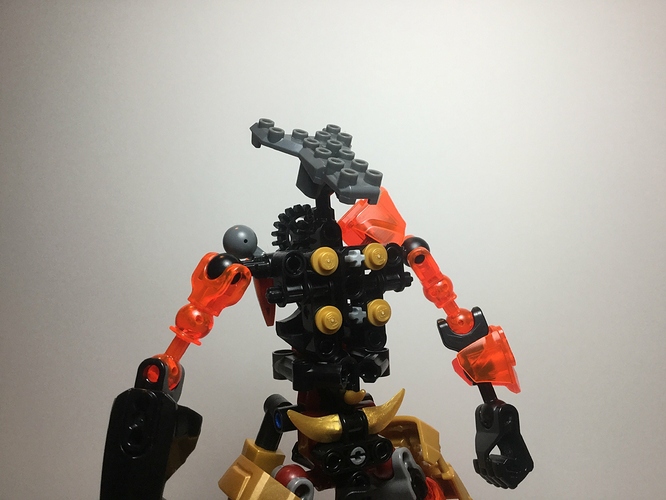 image.jpg3264×2448 1.37 MB
he’s built with a custom torso along side standard ccbs limbs. The chestplate is held on via four stud peices. Speaking of the chestplate… 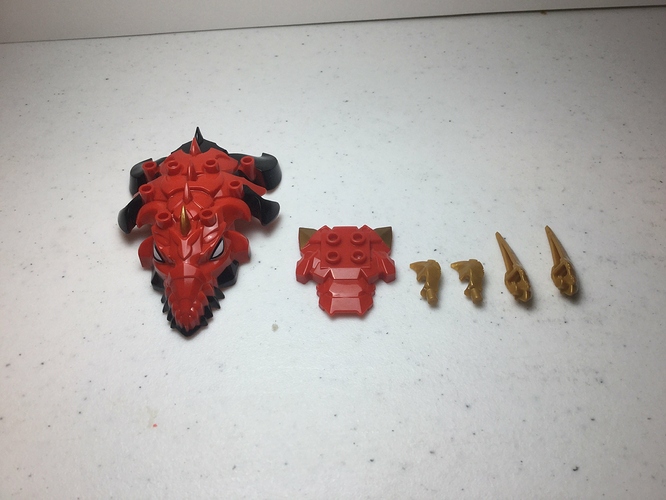 image.jpg3264×2448 1.21 MB
What heresy is this?
These peices are the sorce of his name, they are unorthodox peices.
The main reason I wanted to make this guy is that I wanted to use this head peice I got from a Tenkai Knights set from a while back. They would always advertise, “compatible with leading brands!” In the cover so I thought I’d put that to the test. The end result turned out ok, the head works perfectly and the smaller detail parts add a bit of flare but the chestplate on the other hand has a tendency to fall off no matter what arrangement I use. Simply the Ionix don’t have enough enough friction to stay attached securely to the official Lego pieces although it stays on good enough.

So that’s pretty much it. Leave your thoughts down below alongside your c&c! 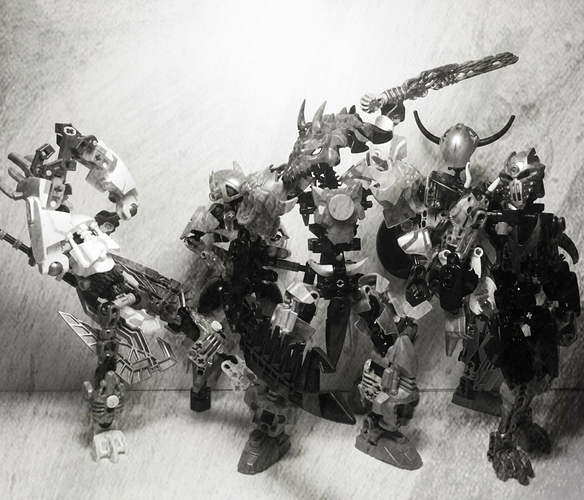 “With Umarak gone, someone has to take the role of alpha in the pack. And someone’s got to take care of that mask maker.” 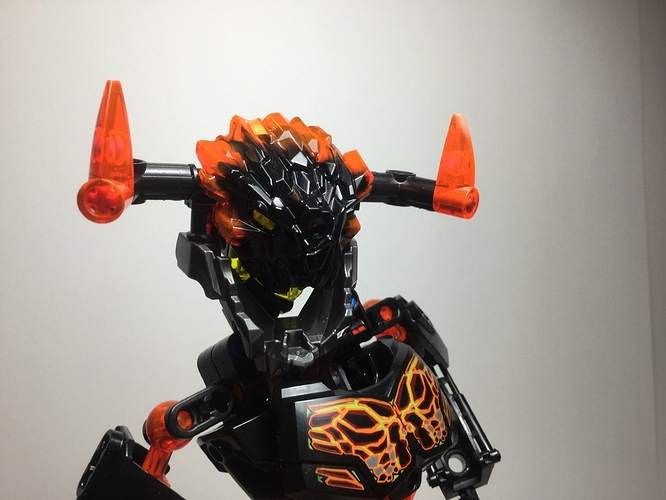 Next time"With Umarak gone, someone has to take the role of alpha in the pack. And someone’s got to take care of that mask maker." 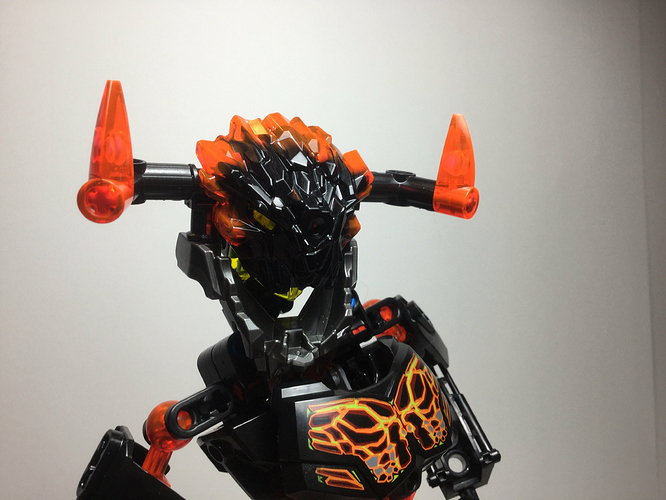 oh, that can’t be good for his arm movement.

I see why he’s called Unorthodox.

Actually for the types of poses I would put this guy in its not that bad.
Thanks for the criticism though

This is interesting. The off-brand pieces are weird, though, but I think they work alright on this dude.

I actually like the look of it.
(Edgy tho)

I specialize in the edgeyist of edgey

Gotta admit, the integration of the TK parts is pretty superb. I quite like the end result.