Kore is an old toa of fire who has seen his fair share of combat. While he is loyal to his Toa brothers and sisters, he often resonates with the Makuta. He holds pity for them becasue he knows what Makuta were like before they rose against Mata Nui. 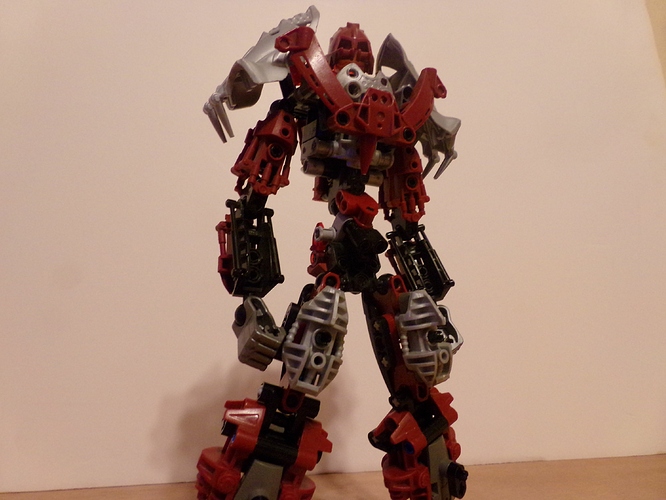 Because of this pity he can never bring himself to kill a Makuta in battle. 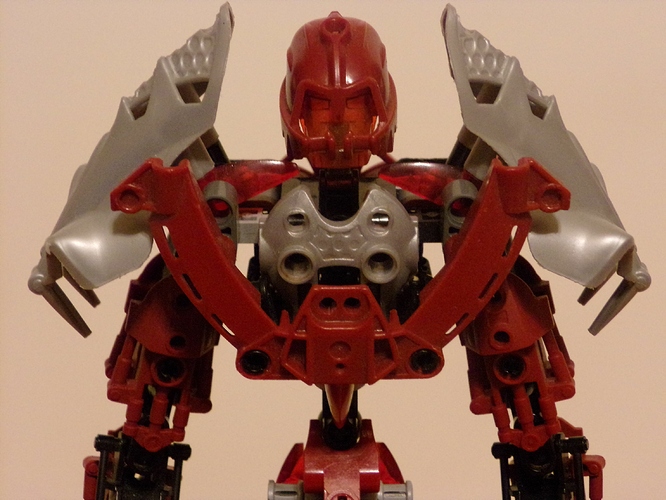 Unlike many Toa, Kore looks down upon the use of weapons and instead specializes in Hand-to-hand combat. On top of that he can amplify his punches. By infusing his power into his fists and feet he can engulf his extremities in flames. 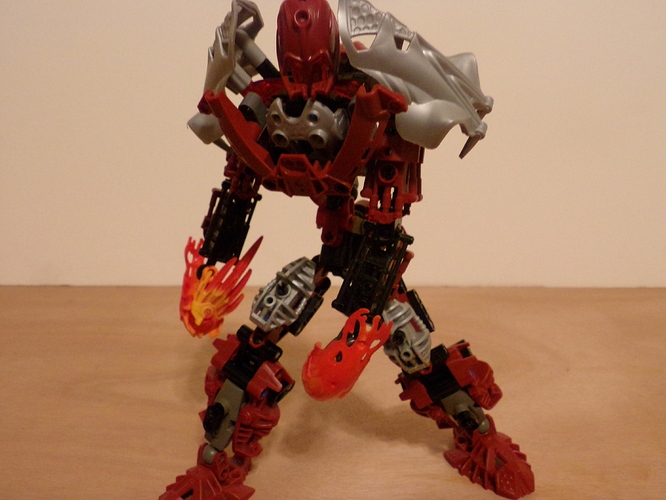 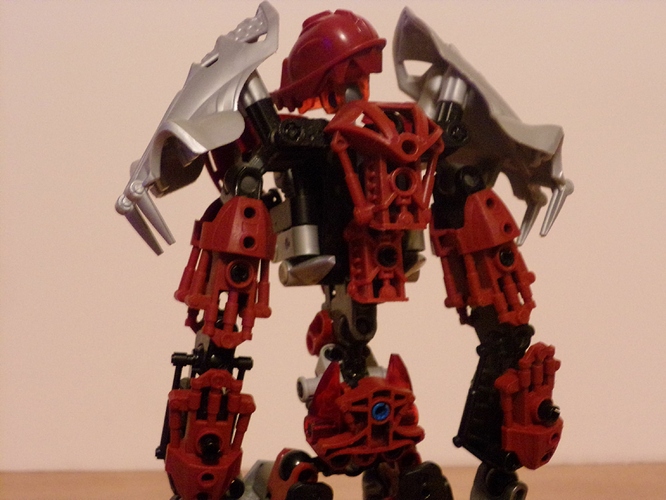 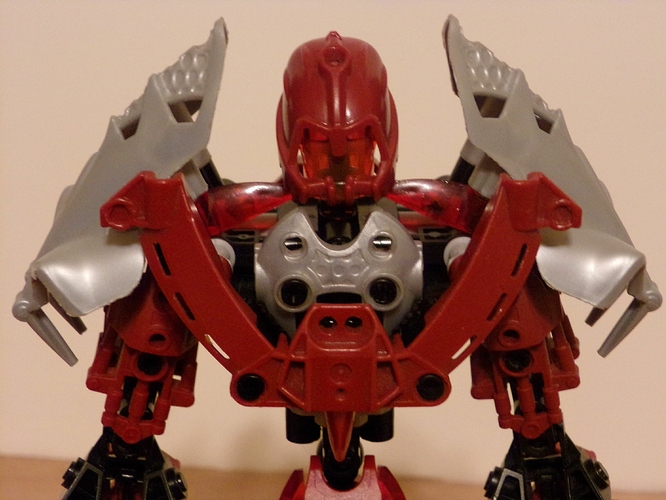 1). Torso has been filled to lessen the gaps 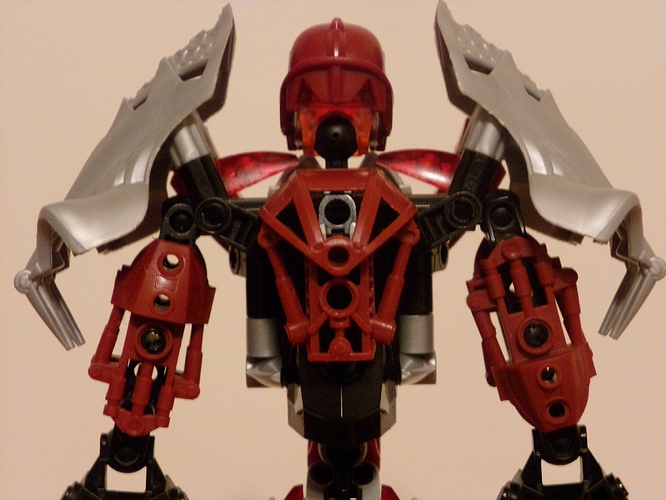 2). The shoulders have been shifted upwards to make it look like his pauldrons are actually attatched. 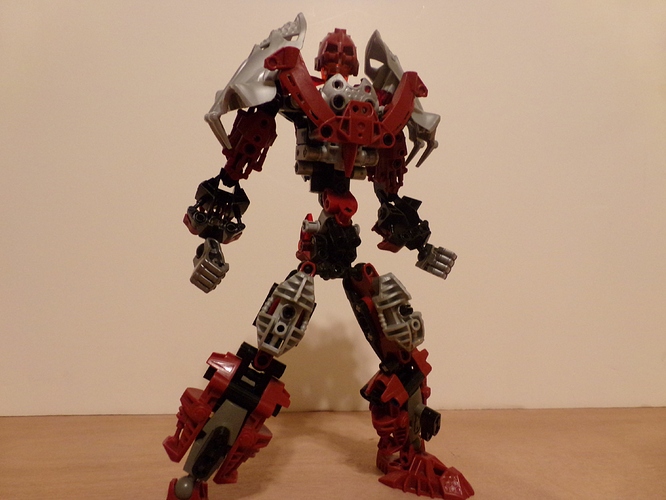 3). Arms have been changed to vahki legs to go with the bulky flow a litte better.

4). Waist has been bulked up to match the rest of the body and not look like a noodle haha

Thanks for the feedback guys, it really helped me focus on what needed to be fixed!
I think im gonna like it here on the boards

His stature and silhouette is very impressive, the Spinax shoulders look very nice.

His torso is a little gappy, and his shoulders are a little low on the body. I think you should focus there.

Overall a this MOC has a lot of potential, I like it.

Thanks for the feedback! yeah i can see that now, ill fill it in real quick! and i shall further ponder on how to fix the shoulder thing haha.

Not to big on the torso though the overall size and silhouette of the MOC looks great!

the build could use some work but I absolutely adore those pauldrons.

He’s pretty good, but his torso gets really thin.

Hm, interesting. He looks like he can just spew fire and demolish everything. Noice!

I like the silver on him, and his overall look, but maybe move the crab chest up a bit and bulk up the waist.

But he looks cool!

Hey, neat build, and welcome to the boards!

As has been previously addressed, he has some gappy sections, but it sounds like you’re already working on that. I really like the beefy look he has going, and those pauldrons are great!

I love that effect you got with the Ackar helmet!

Also, he’s got a cool silhouette and creative shoulder pads. My suggestions are to bulk up the middle and armor the lower legs a bit more.