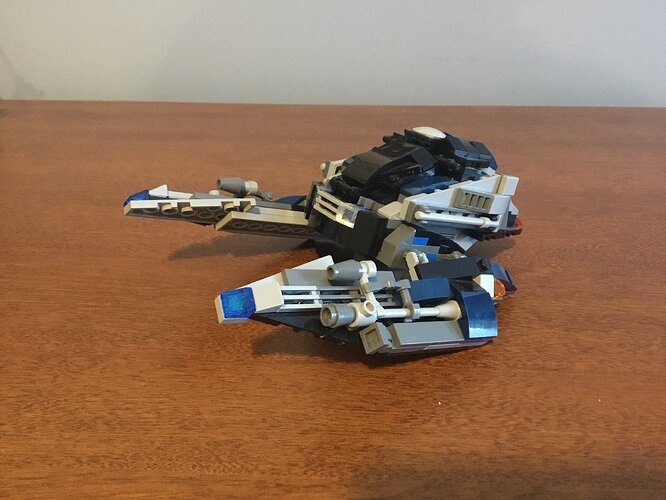 A recreational airspeeder designed for simple travel, speedsters saw the simplistic base as the perfect start for modification. Its sturdy build retains aerodynamics without diminishing the controllability of the craft. Unsuited for space travel, it is commonly purchased for those wishing to remain on-world, typically illegal racers and the like. 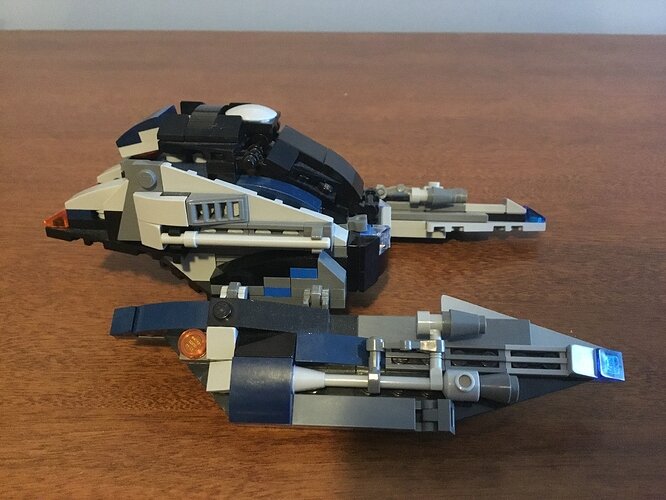 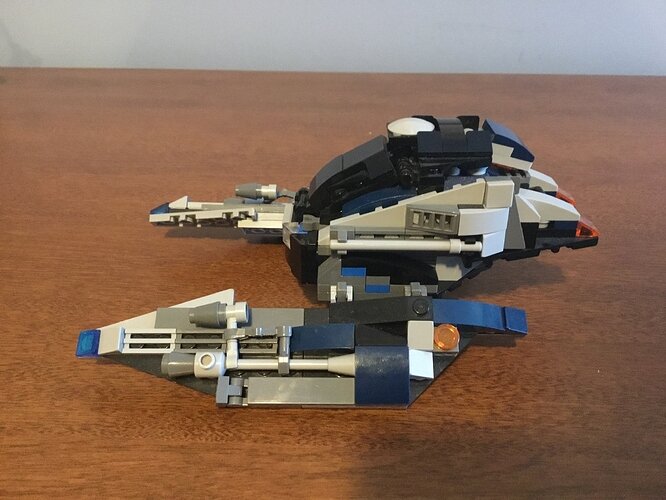 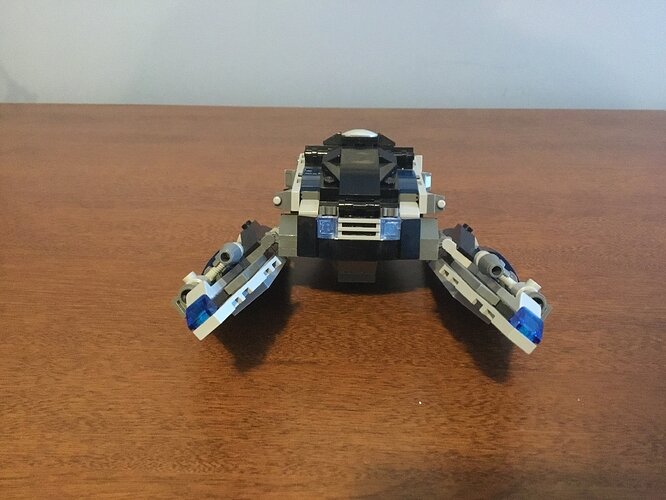 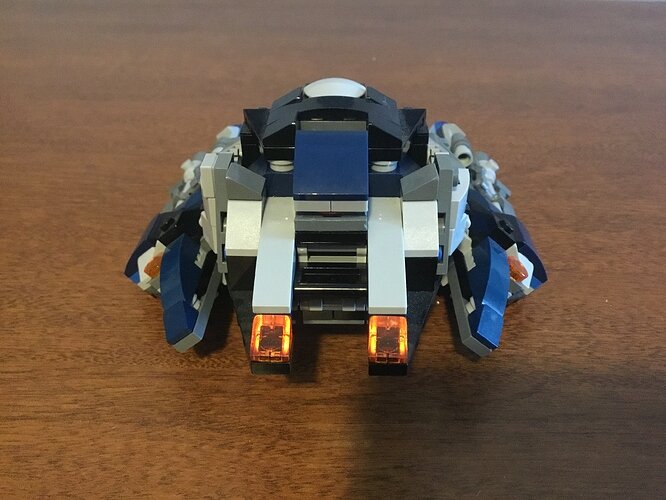 This is my latest MOC, guys! Well, I say “latest,” but it’s at least two years old. It’s just been kept together that long, I guess.

Creating this beaut’ was an odd process. I intended to build Zam Wesell’s speeder from way-back-when, but then realized I had, like, no pieces to it. So, I decided to design it as a revamp, something that it would appear as if the set came out today. I gave up on that too and made my own thing.

It’s also gone through many different versions, all of which have remained remotely the same. 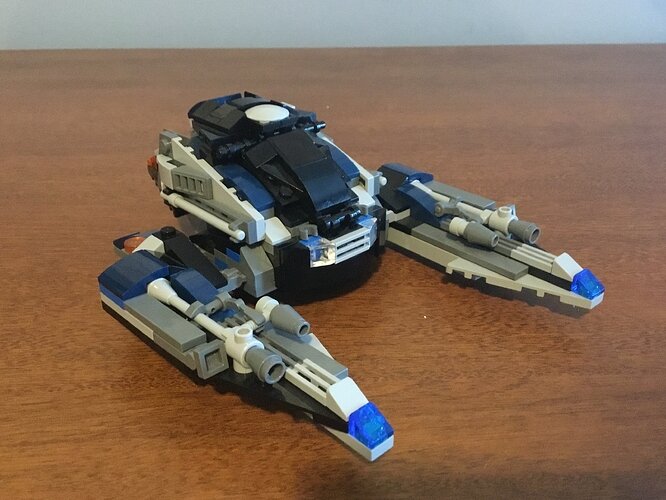 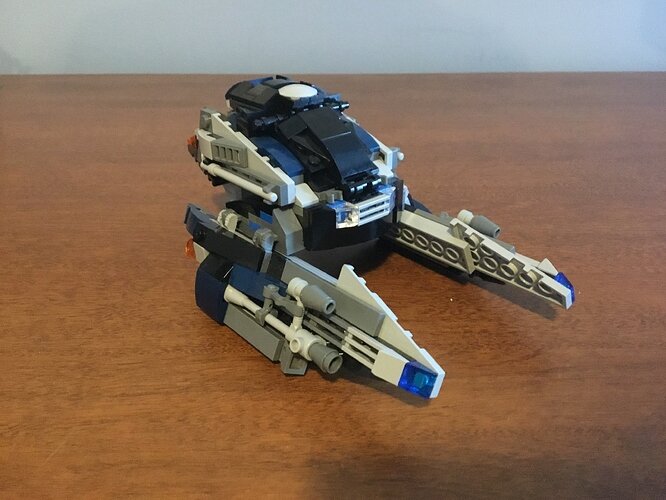 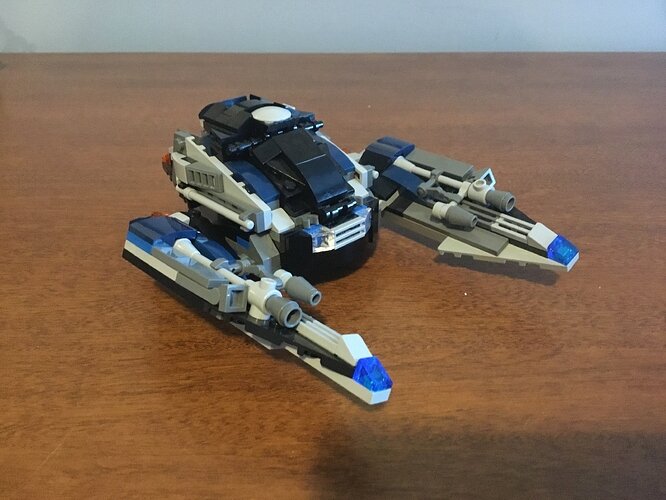 The wings move up and down for different “modes,” I guess. Not super practical, but cool. 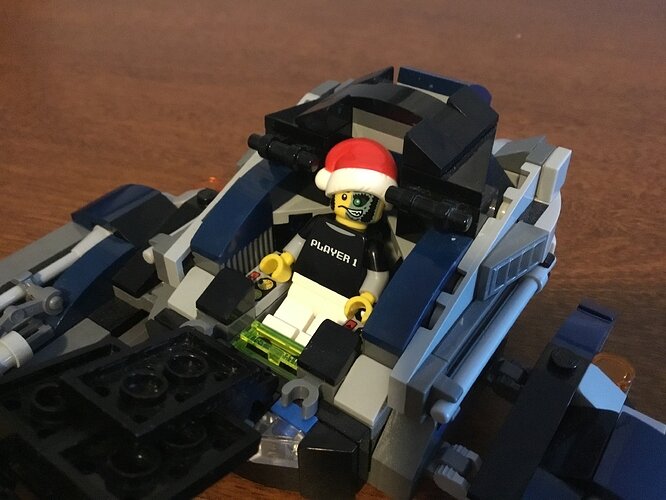 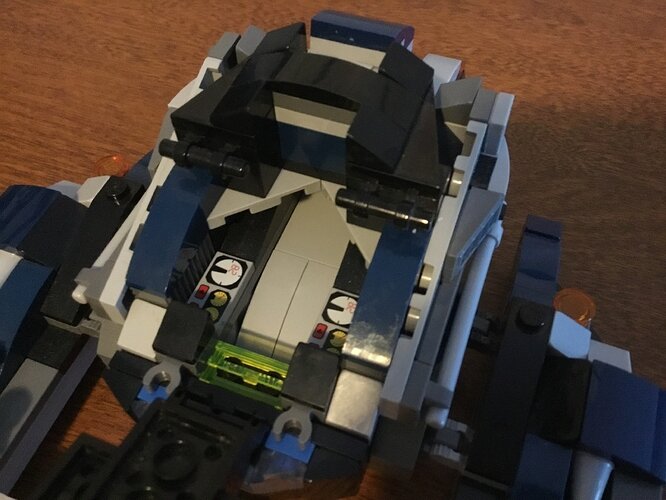 I really struggled with this, as I don’t have any good screen pieces, so I made a custom one. It works, though there are a few tiny gaps. I guess that’s why this isn’t for space travel. 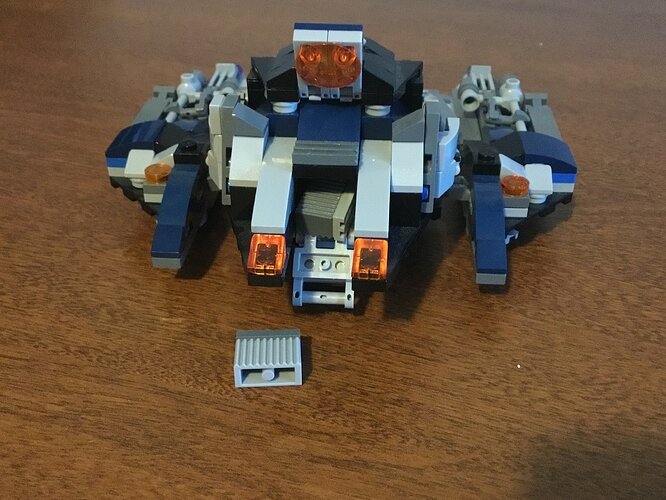 A little booster can flip up, and there’s space for at least two of some crates I’ve made. 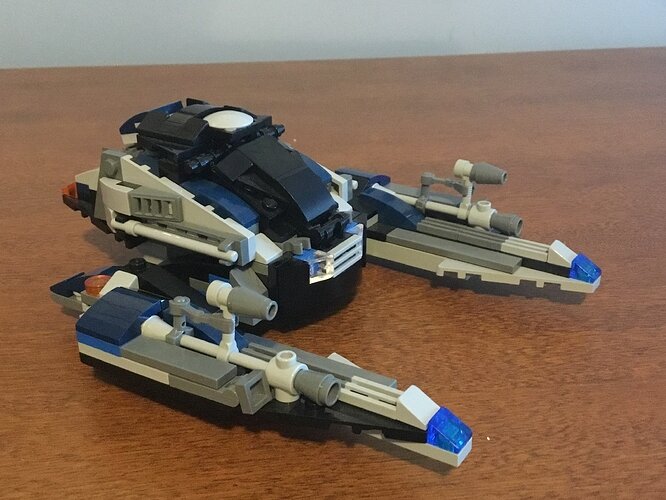 Yay, guns that are adjustable. Fun! 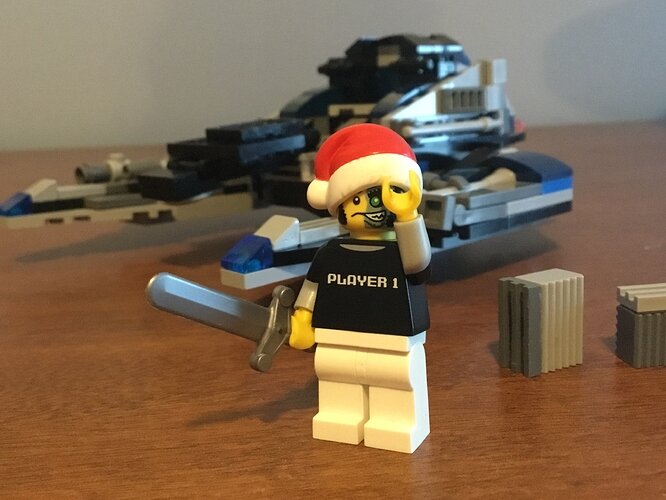 Alright, that’s really all I’ve got. Let me know thoughts and such below. I’m not really a MOCist, and I certainly don’t like sharing that I make with System by any means, but this one’s been around so long I wanted to do something with it.

What is it? Star Wars? I really dunno. Who’s the minifigure? A custom guy I made at a LEGO store more for the parts than the character, though I do like him.

Have a fantastic day, guys.

Looks pretty good, I personally don’t find any problems in it.

It was heavily inspired by Zam Wesell’s airspeeder, here for reference: 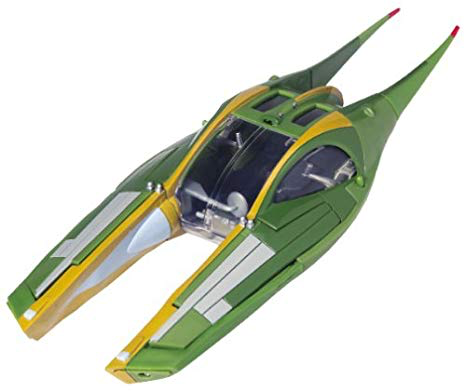 It looks quite accurate, the cockpit design is simple but quite effective, nice.

Yeah… I can see the resemblance

Looks good!
Colors and textures are a little scattered, but other than that it’s really neat!

I like it, I think the textures look cool, but a bit more consistent colors could help