Veor is the last Toa of Storms, on the world of Diellesx. Much like the Bionicle Universe of the G1 Diellesx had a great villain known as Makuta, the only other Storm Toa in existence, it was the destiny of Veor to face off with this other Storm Toa.

His world is very different than the world of G1 bionicle though, in many ways. Instead of his world being an island paradise, or inside a massive robot, their island is a place torn between two different groups of Toa. The Shadow Toa, the Toa tied to dark or strange elements, and the Light Toa, who have normal elements.

The Shadow Toa have control over, Jungle, Ash, Storm, and Magma, often mingled with the ability to control or manipulate shadows, while the Light Toa include the main six elements, and some of the smaller off branching elements.

Many of the Shadow Toa were wiped out by the Light Seeker’s and their Bohrok enforces. Those who survived would often turn to Makuta in a drive for vengeance. Veor eventually worked with Avakaru a Toa of Light, to defeat Makuta, after a Toa of Ash sold out Makuta’s location.

Veor later becomes a worldjumper, being scattered through the Multiverse. The Storm Toa seem to have abilities outside normal Toa powers that resemble those of a Makuta, for example command over Rakshi. 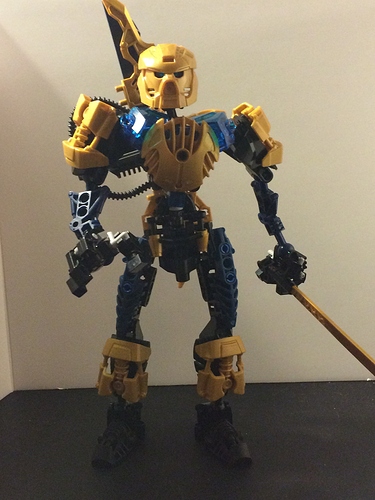 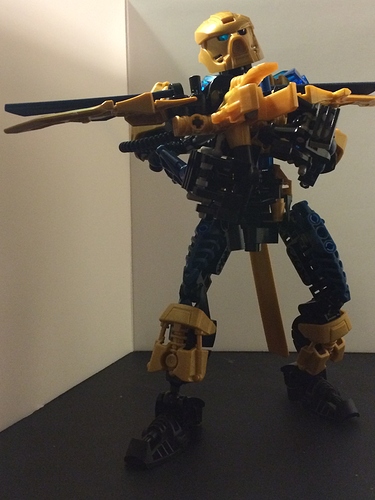 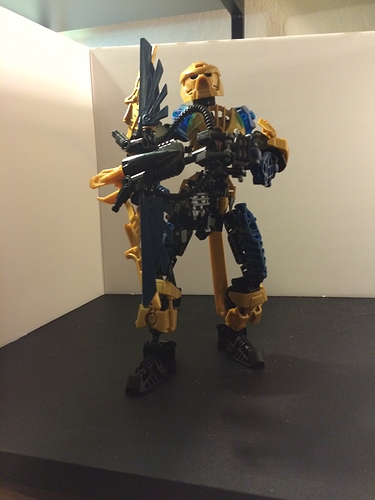 The lighting coming from the top of the box has an interesting affect. It makes the first two shots very cinematic, but it also makes it hard to to make out details, especially on the legs. I can say that the color distribution looks very good and I like the color scheme. The lower arms look a bit thin, I would recommend replacing them with a bulkier piece.

Great moc, just I think you need to add more trans blue around the torso and legs.

This looks cool and the cross bow is done very well

Actually looks pretty to could use with different forearms though, as the current forearms have a molded-in elbow already.