It has been afew years since i posted Veron Sither, the ‘Champion of Light’, however has has gone through MAJOR changes in his story. Veron, at the age of 77 in 2552, at the hands of the Death Gods, a group of demi-gods trying to ascend by absorbing the life force of dragons. After this, veron was sent to a place known as the Exile, a place where those who have caused wicked sins, sins that do not discriminate between good and/or evil. Veron met the rulers of that plane, and rather than rot in the hellsih landscape, he was offered an oppertunity to “redeem” himself by joining the Apex Hunter group known as “the Wardens of the Exile”. Veron ingested a special creature called Symbus, the trademark of a Warden other than their silver armor, which shifted his body to be better made for combat. Veron then went on to forge his arms and armor, training with his new blade for 2000 years(4 years normal time). He had mastered his weapon so well, he became A Lord Warden, the highest rank, something of a general. The Paratus Armor he wears is nearly indestructible, just like his sword. proofed against acid, flame, water, and requiring a lot of pressure to break, it is perfect to maintain their ‘Apex’ status. Veron’s sword is much larger, and known as False Legionbane, in honor of his old Refined Legionbane. this sword doubles as a spear and even as a hammer to some degree in Veron’s hands alone. Veron however has started to lose his kindess and compassion, becoming harder, and more focused on the Warden Idea that the Majority overpowers the Minority, meaning that the larger group becomes top priority over the individual. 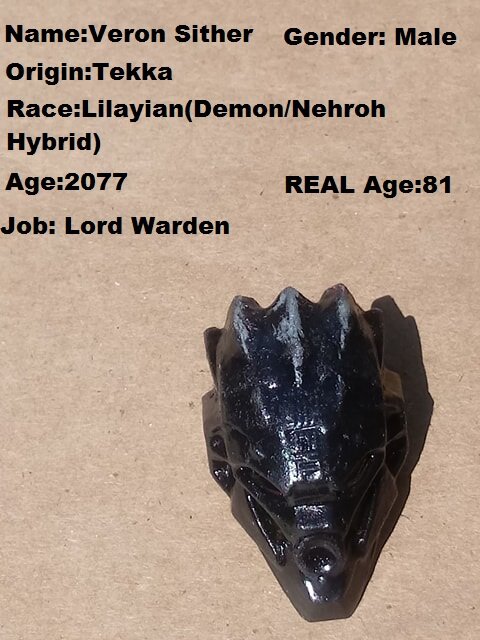 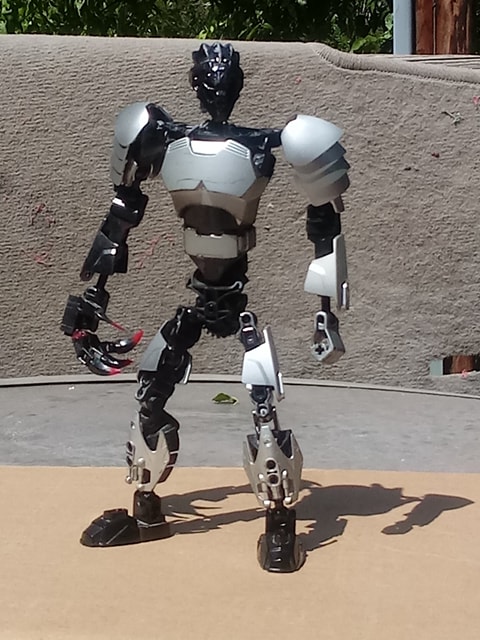 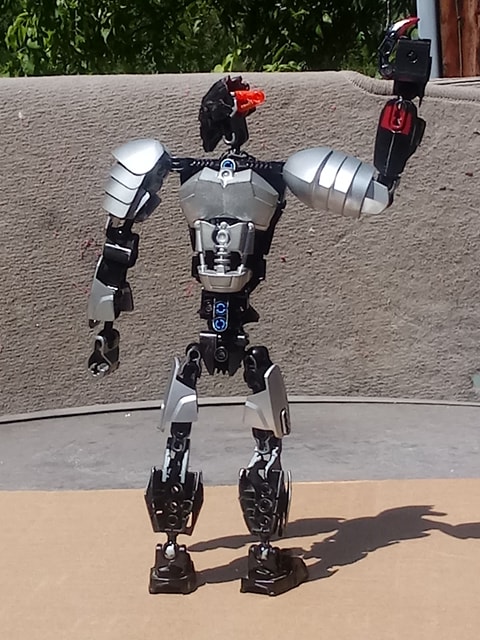 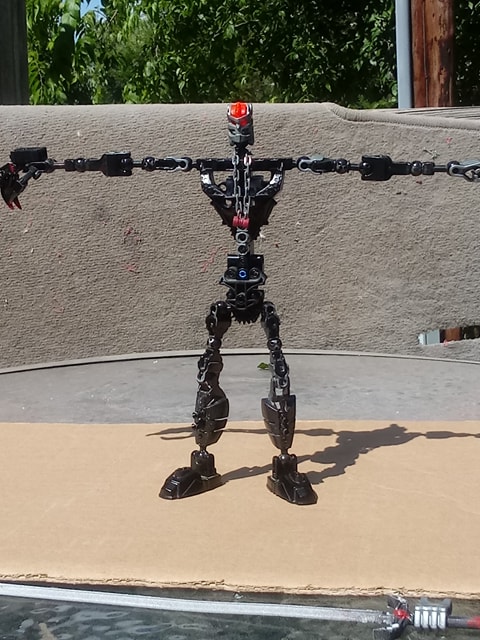 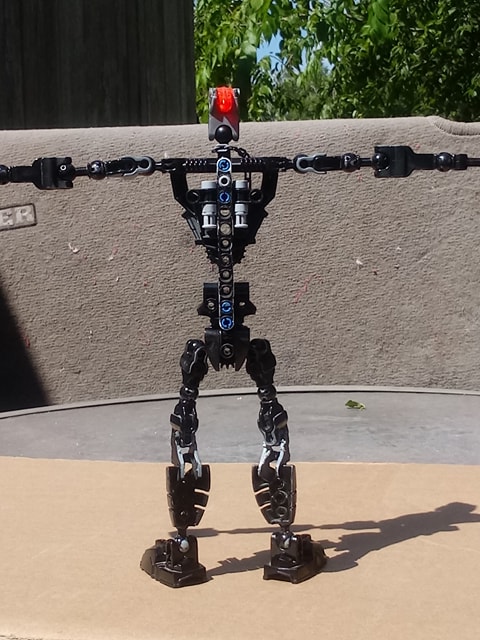 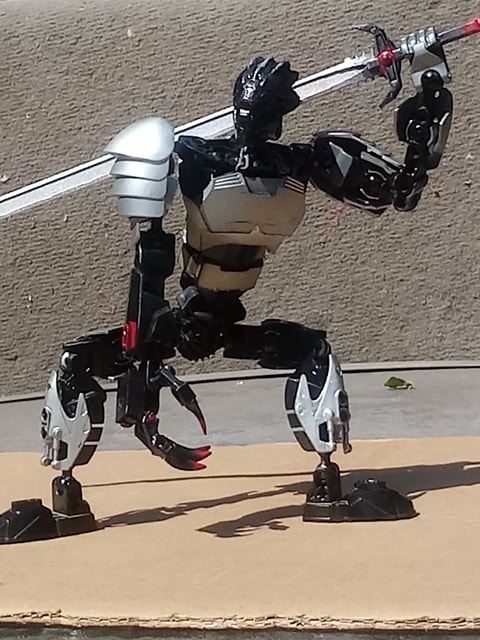 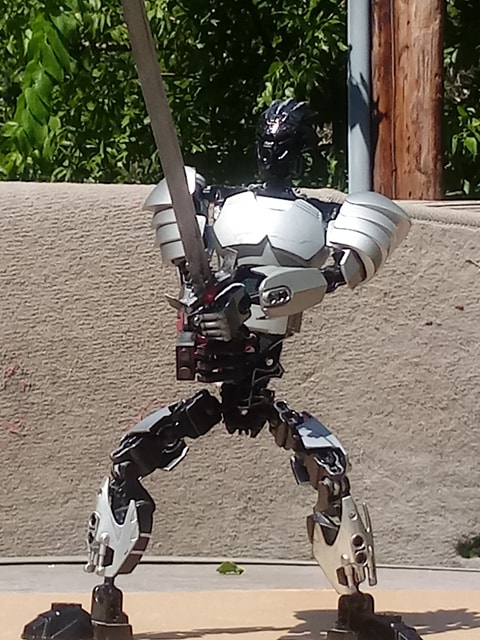 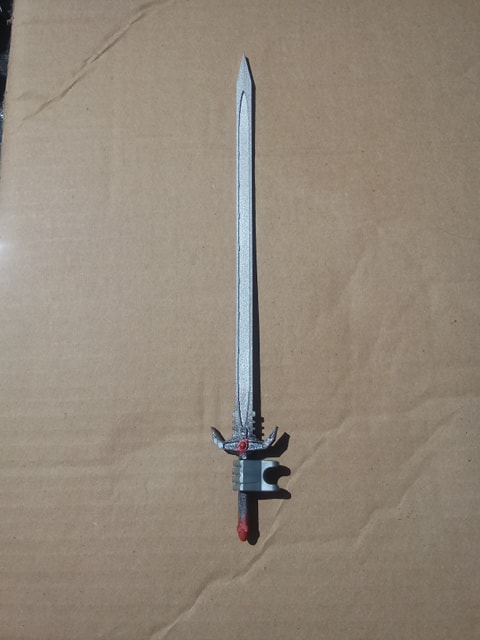 If you have any questions concerning him, and/or his lore, do feel free to ask.

Where are those weird shoulder pads from?

It looks overall like a good MOC. My only complaint is that his head is too small in comparison with his body.

BTW, I also have a painted Pohatu 2016 mask, they look very similar 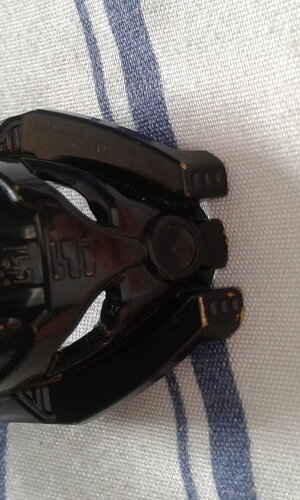 looks good, but I would recommend elongating/bulking up the legs or shortening the torso

@LegoDavid they come from the praetorian guard starwars set.

Are they painted? I don’t remember seeing them in silver.

I’m pretty sure they are

@LegoDavid yes they are painted.