Vesa Huruk is a Concept Character for the farthest point in the ConStorm Bionicle Timeline Said to be the 224th Guardian of the Multiverse Hub. Vesa is a powerful hunter utilizing ancient Borok Weapons to enhance his own personal weapons. The Jetpack on his back allows him to preform flight of beyond The Speed of Sound and reach a maximum altitude of Very High Stratospheric orbit and Deep Space movement. 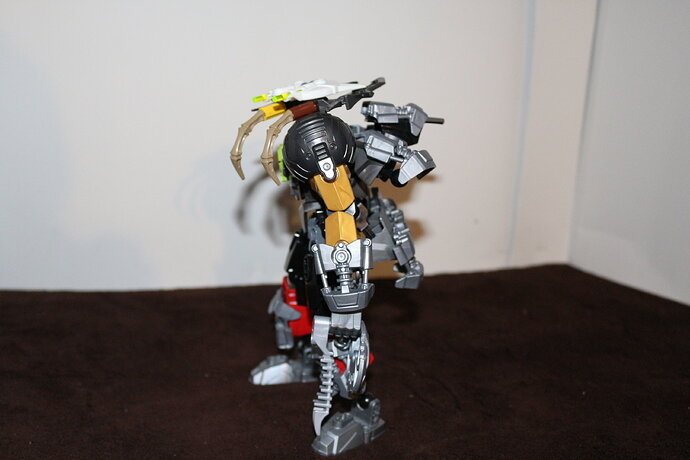 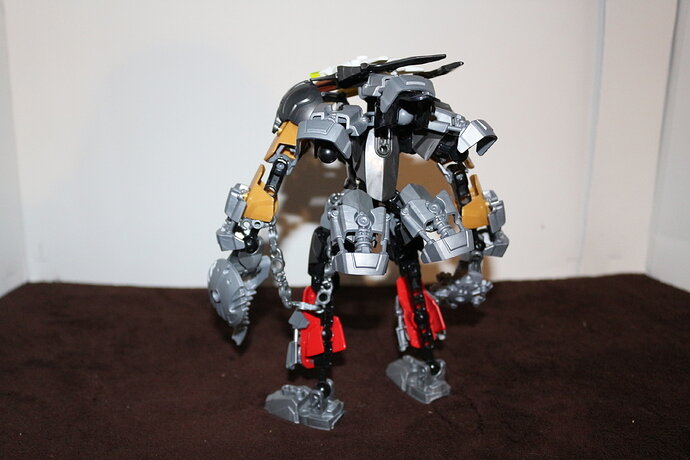 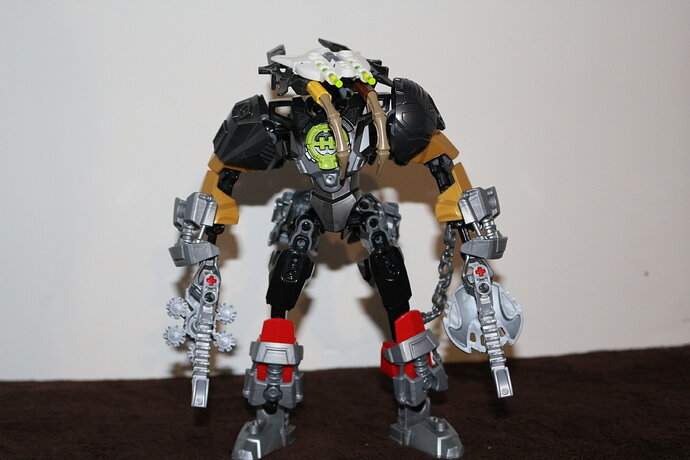 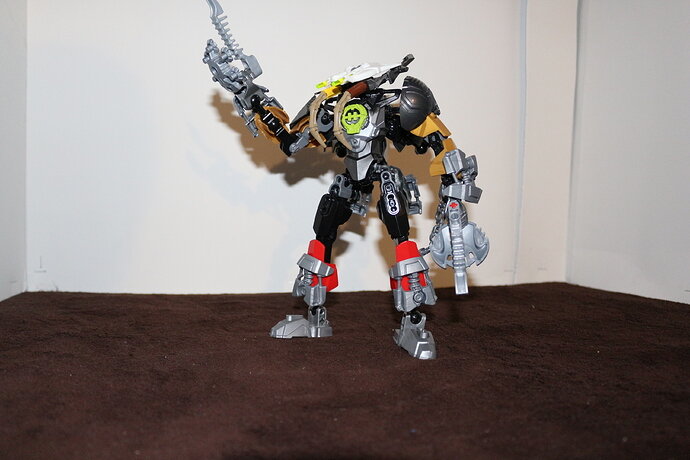 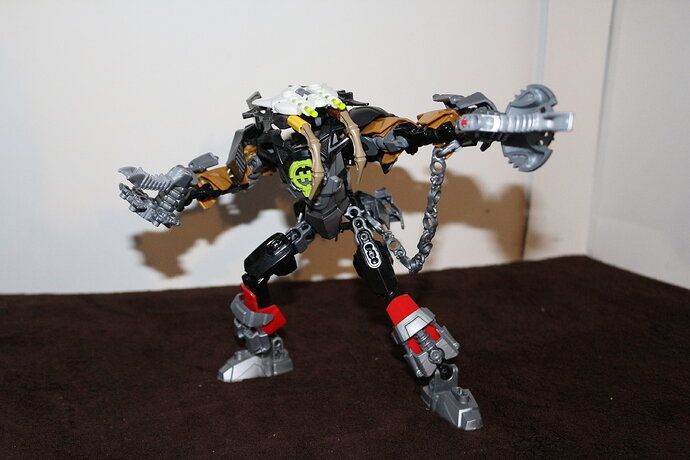 Interesting. The model itself is good, I especially like the trans- neon green rods on the eyes.

The color scheme on the other hand is all over the place.you should pick either gold, or red, not both. And the dark red and yellow connectors for the (tusks?) Are also out of place. A darker color like black or grey would have been better.

theres nothing i can do. this is all i had on hand.

this is all i had on hand.

And that’s find, it was just a suggestion. I get working on a limited part count.

The design of the Moc is pretty cool and not bad, however the colors are… a little all over.
I really like the colors on the upper torso, if you applied those to the legs and head then this would be so much better.

Sheesh, they certainly have a large task force. Either that or this has been going on a good while.[quote=“ForG0773n45, post:1, topic:50613”]
Vesa is a powerful hunter utilizing ancient Borok Weapons to enhance his own personal weapons.
[/quote]

Given that the character has both a hero core and bohrok shields, I’m going to assume this ConStorm Bionicle Timeline is one where Bionicle continued right into Hero Factory and the stories intertwine.[quote=“ForG0773n45, post:1, topic:50613”]
The Jetpack on his back allows him to preform flight of beyond The Speed of Sound and reach a maximum altitude of Very High Stratospheric orbit and Deep Space movement.
[/quote]

I get what you’re trying to say here, but I think you could have worded it a bit more comprehensively.

Now let’s take a look at the actual moc.

It’s really difficult to tell what his head is supposed to be. The lightsaber rods are clearly meant as eyes, but beyond that… Are the tusks on the front of his face supposed to be mandibles? they remain completely static during all of the shots so I figured it must be a part of his face and not simply a decoration.

The usual case of the clown shoes meshing poorly with the rest of the leg, wacky colour choices most definitely from limited pieces, and all the limbs are standard CCBS limbs with one armour shell slapped on. At least the back is covered with… Thrusters, I assume? resting on other CCBS limbs.

Overall, this seems like a moc that needs to go back in the oven for a few more minutes. Only half baked. Work on making the colours more consistent and meshing some of those armour gaps, and I imagine this’ll turn out to be pretty decent.