First of all, I want to point out this topic focuses on my many takes of how BIONICLE G3 could use to describe Voriki and her connection (or lack thereof) with her Elemental God.

Those were my choices on how to handle Voriki and the Elemental God of Lighting. If you have more, please comment, let us argue with good will and respect!

Interesting pitch(or would that be pitches?), I especially like the idea of Voriki being an Atheist. It makes sense with her backstory setup so far and I just like the idea that she’s the only one in the group who doesn’t believe in the Elemental Lords, in fact you could even add onto that and say that she has a sort of jealousy for the other Toa. She could even have a form of hatred for the Elemental Lords that could be instilled onto her by Makuta, there is just so many possibilities.

I don’t like the idea of voriki being an atheist, because we already know that gods are observably real in the g3 world. I don’t like intentionally setting her up to be wrong, I consider it unneeded religious commentary.

I would suggest instead the lightning tribe be antitheists, denouncing the gods for ignoring them, it works better for your other pitches as well.

i personally have allways though that the Lightning tribe… should not nor have any god at all, nor even be an actual tribe that is made by Karzahni who has the element of lightning in them. Instead i have allways though that the Lightning tribe should be a group of Matoran scientists who come from the six other tribes. Which could be connected to Ekimu’s goals to test his creation’s free will by being the one who plants the idea into the scientists to try an harness the power of lightning. In the current days of G3, the tribe no longer exists because of the matorans first civil war that was caused by this the discovery of Lightning and the other creations of the matoran scientists.

Voriki not beliving in the elemental gods could kinda work… but in a way that she does belive in the gods… but because of Makuta, who has walked around the island and told the Matorans about the things that the Toa are keeping from the, she now belives that they and the Toa are planning on taking over the island. Thus her reason for seeking out the power of Lighting would be because she hopes that the power will allow her to “save” the Matorans from the threat the Toa represent.

I personally like the idea of her proclaiming to be the Elemental Lord, but maybe only after she’s crazy.

I like this route. When I read the title of this post, I thought you were going to say that their should be a 7th Elemental Lord, which I don’t think should be the case. The illusion route works well, especially since Voriki will be familiar with the concept of Elemental Lords. And since her tribe is secluded, it would be her way of coping and seeing herself as “normal” by having a lightning lord.

Even if the part about manifesting it doesn’t happen, I can still see the illusion being a good fit.

I’d like to remind people here that religious discussion is disallowed.

Why do I have a feeling that this topic is about to go down hill really fast?

I get it, perhaps there’s not enough background to cover and the interest on something so irresolute dispels really fast. But despite this, I’m happy for what has been brought to the table and happy that I can contribute, even on something so small compared to the large scale of this project.

Oh not that stuff, I was just responding to what Chronicler posted.

His character just doesn’t come across as a female, I’m really trying, and I can’t rack my head around it. I just feel like it was unnecessary. 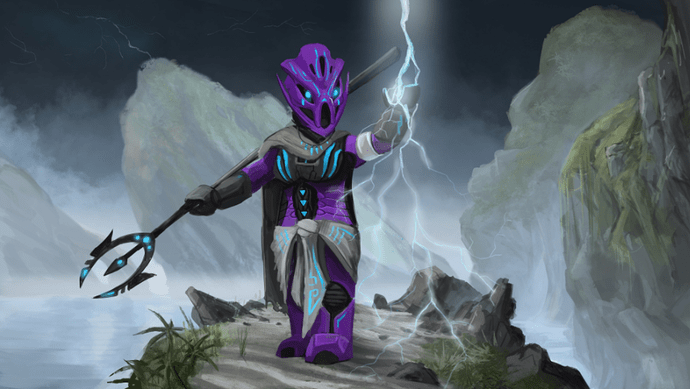 Credit to Oomatu. I think this might convince you.

Whelp, I’m on that train now, that is some incredible artwork.

Oomatu art has that effect on people.

Check out his other works from Ealier.

He is rather amazing.

@ZceeNook Definitely, I need to start working harder on my own now.

@Renegadespark Feel free to scroll down to see my change of view, guess I just needed to see it to be in support of it.