Imagine being a toa unironically.

I’m sure you’re all very aware by now of my various headcanons and the like, but I believe one of the most important ones to address is making the rahaga into a new and separate race. I’m going to go in depth about what that means for them in the next paragraph.

Kharz, is their fearless leader, cold and cunning. He’s very strong, and has the largest stature. Ayci Diisi, is the crazy one, it’s impossible to get a read on him. He’s the second strongest, and isn’t quite as large as Kharz. Wahmu, is the least powerful, and relies mostly on the strength of his weapons and intellect. He’s very easily manipulated if you know what you’re doing.

They run an underground money laundering scheme, in which they sell the purest protodermis on the market. 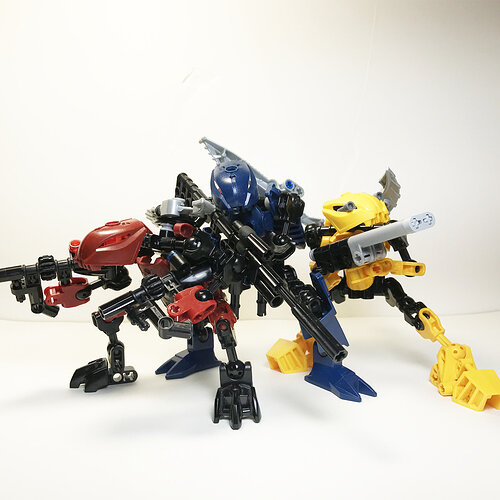 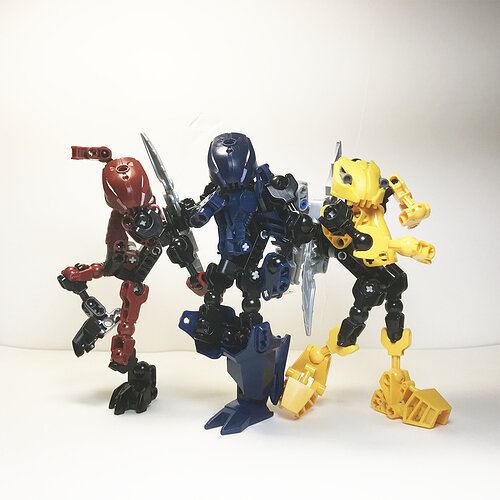 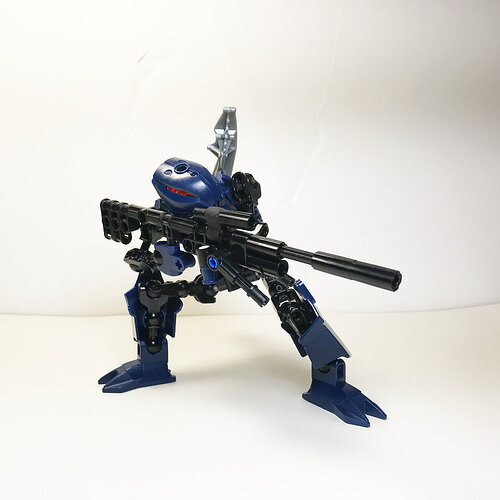 This is Kharz, their leader. I’ve already spoken about their personalities in great detail. So I guess I should take this opportunity to talk about their guns. 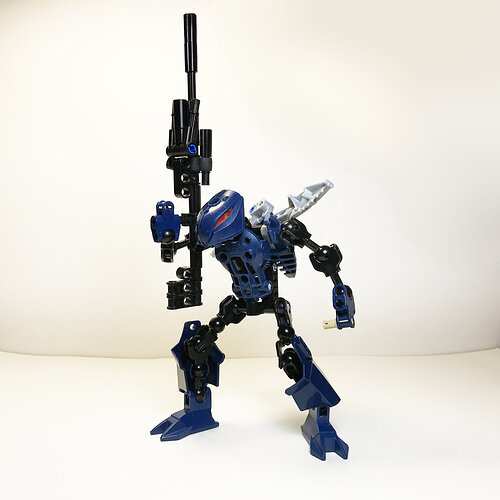 I thought that a sniper would be very fitting for Kharz, not much else to say. 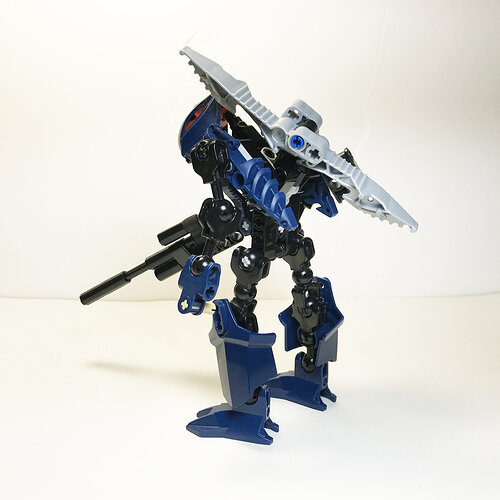 An’ a back picture. 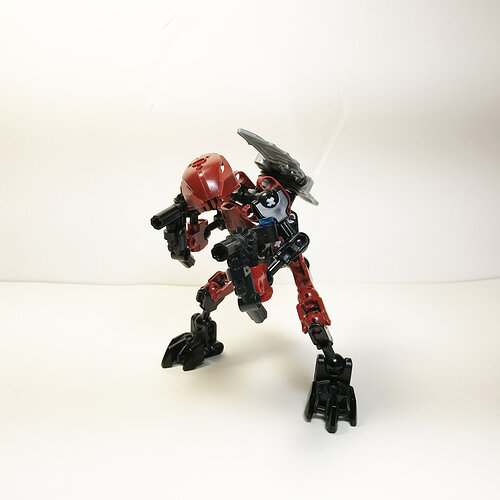 Here’s Ayci Diisi, he has his gun’s labeled with colorful lights so he knows which hand is which. He forgets a lot. 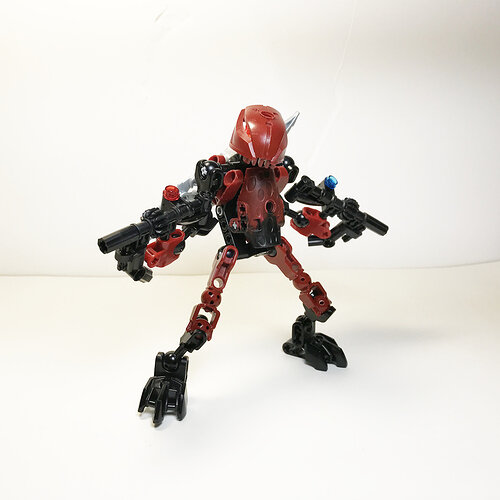 Not my favorite, but I like him a lot. 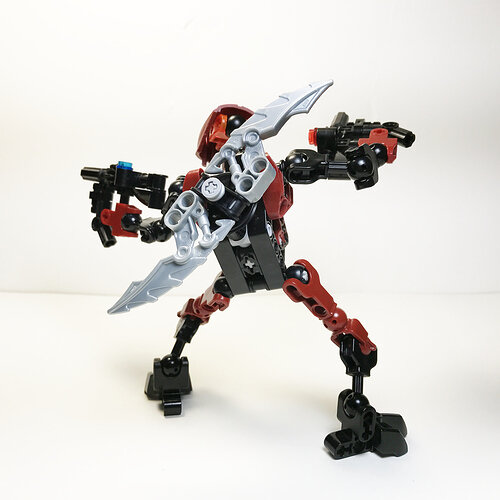 Also a back photo… 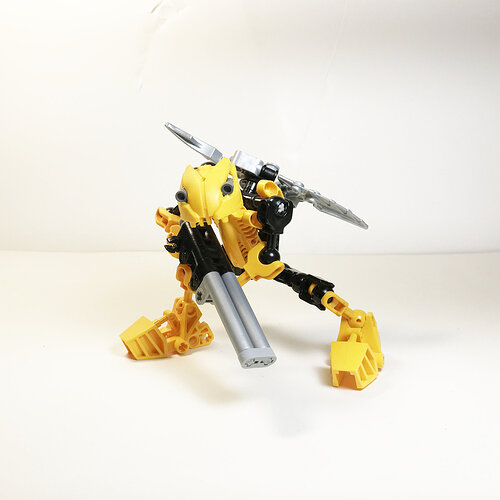 Of course this is Wahmu, the weakest. He was by far my favorite to build, I think his gun is fantastic. 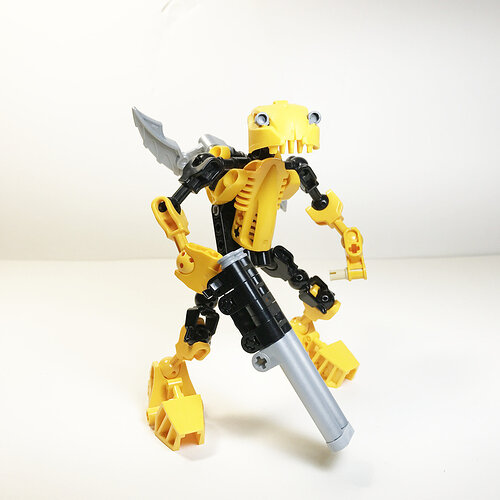 Here’s a better look at his torso, and back. He’s had pretty poor vision ever since one particular battle, so he recently crafted himself some glasses so he can see better. 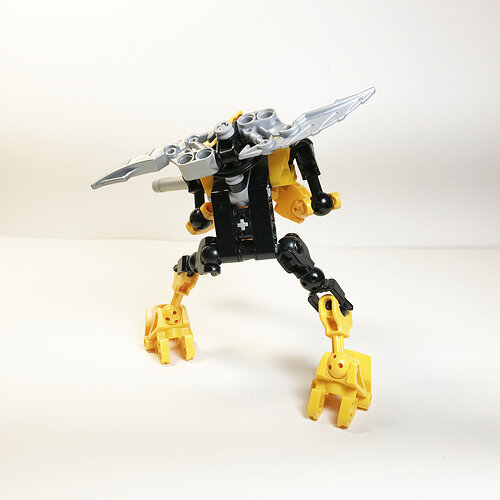 The following is a picture of Wahmu the Rahaga mourning the loss of the piece used to construct his head, may thy broken pieces rest in pieces. 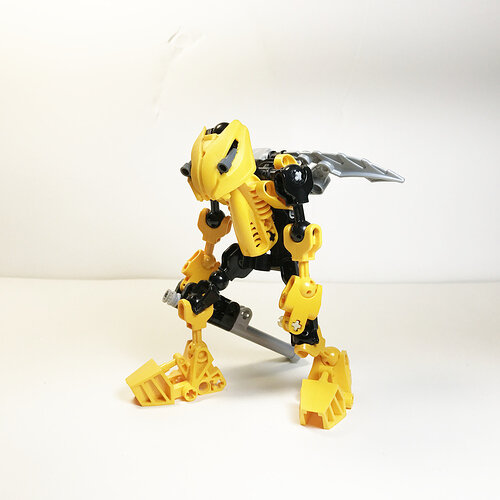 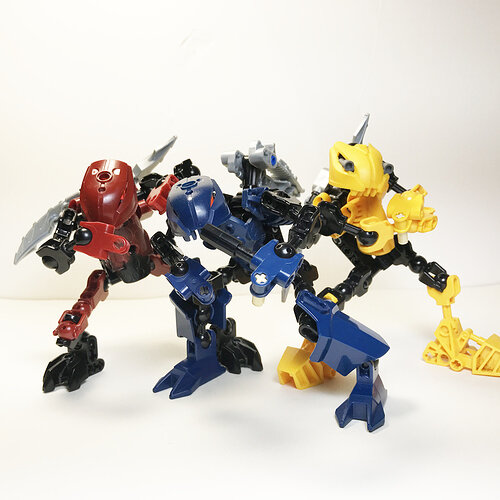 is this a jojo’s reference?

is this a jojo’s reference?

heck beat me to it

These are a lot better than most of the Rahaga MOCs I’ve seen, so good job.

I love them! The weapons are fantastic (though I could make a comment about the blue pins), and they each have their own quirks.

The darker they are, the more intelligent and powerful they are

Now this is pure awesome

Really cool! What I don’t like are those pieces sticking out of Wahmu’s eyes, they look weird to me. Nice overall

I’m digging the concepts and execution, although may I suggest using some mini-figure parts (I.E. Plates, bricks, etc.) to fill out the guns and replace some of the other parts on the guns, because they seem a little hollow and kinda wimpy to me. And I mean no offense by that, as someone who makes lego guns quite often I understand how hard it can be, but using mini-figure parts really helps.

He doesn’t like how his glasses look either, but he has to wear them. He can’t see without glasses, would you do that to 'em?

Id on’t think so, but the thing that it has the spikes linked together makes some people cut it down…

Jokes on you, he meant to say tresh.

Having it as one weird slightly rubbery piece is just odd to me. Given that I own both, they make them kinda weird compared to the original, and they’re also a lot less versatile as it’s a super specialized piece pretty much meant for one thing only it’s like the Piraka head+spine combo on steroids

. I imagine the Nektann head has a similar problem it also just doesn’t look as good to begin with imo, though I’ve never owned him so I wouldn’t know for sure.

Actually, the Nektann head could be more useful for MOCing than a standard Piraka head, as it isn’t as restrictive on what arms you can use.

And you don’t even have to put them on the arms if you don’t want to, since the ends are just axles.

Fair, though even then that just seems kinda silly to leave them there.

But yeah, I don’t own either of those so I don’t really have the authority here