Wanderer in the Ruins

This is my entry for the 18x18 studs competition, I got this idea from a smaller little piece I had built previously and decided to expand it to fit within the 18x18 studs that were allowed in the challenge. The idea was to create a diorama or scene of sorts, of an ancient castle that had become overgrown with foliage after time, then I decided it would be cool to add a lone adventurer to it and it became so much cooler. 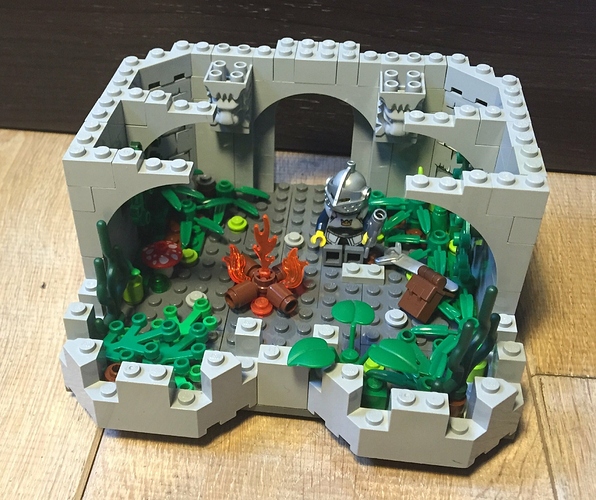 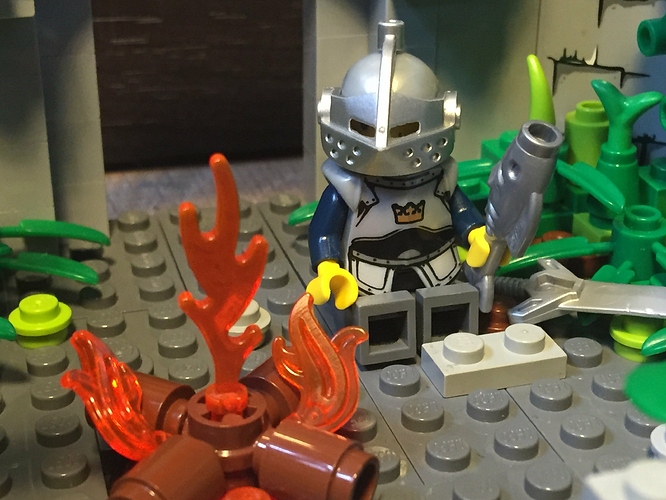 A close up of our adventurer by his campfire. 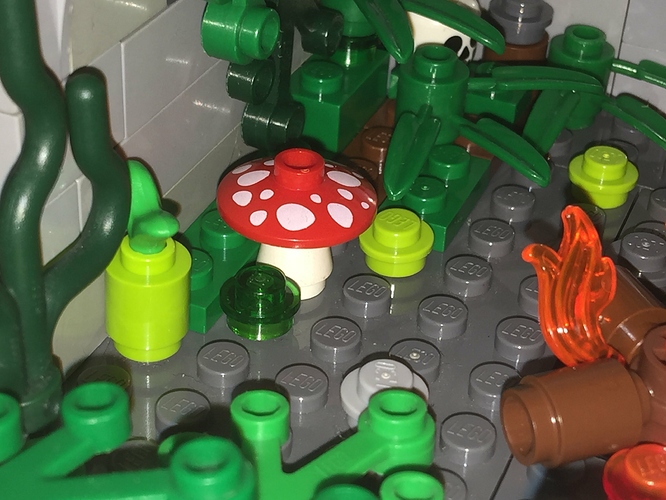 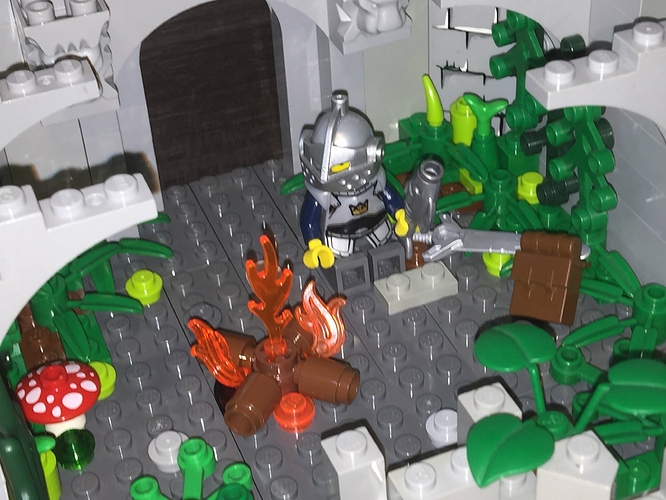 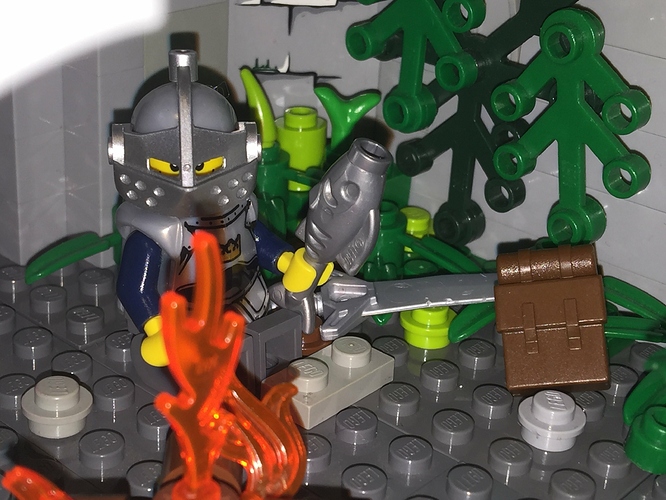 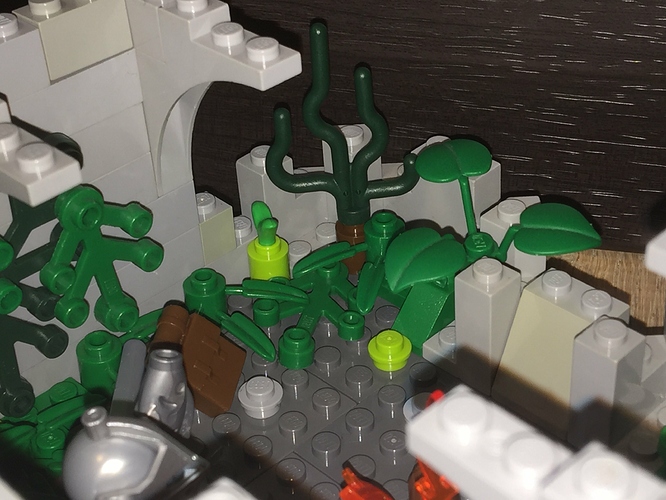 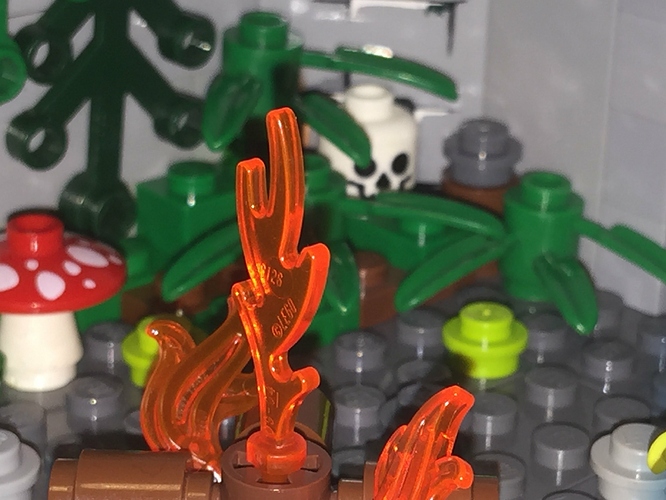 For me, I was trying to create an atmosphere with the scenery and pieces used to create that idea the castle was rundown and overgrown but also fit the size restraints, building the walls and the archway was a complication in this manner but I was able to get this cool double arch design in. 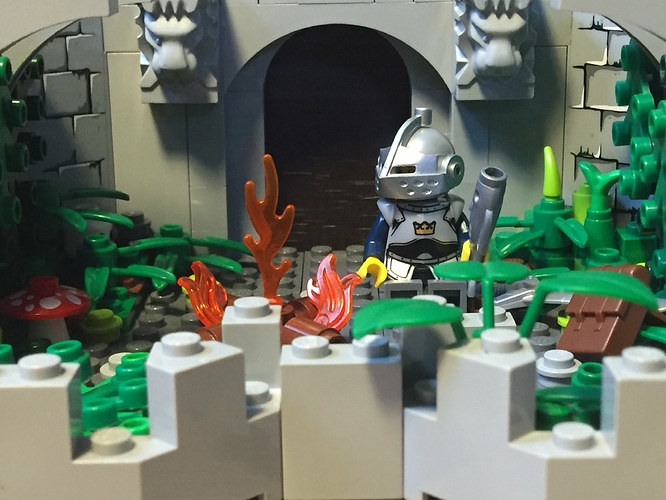 I hope you guys like this little scenery/diorama thingy

It’s quite a neat build.It really reminds me of Dark Souls thou.

I honestly did not think of that until now, I was thinking more of Weather top from LOTR.

Yeah, it definitely has some Dark Souls vibe to it.

This is really cool. I’m a huge fan of Castle MoCs, so this is a nice thing to see. You did a great job with all the foliage around the bonfire campfire.

Makes me think Weathertop.
I love it.

The build is pretty basic, but the same could be said about the moc I entered XD. All the detials are nice, and it definitly looks good.

However I won’t let it win!

@Hutere yes that is where I got my inspiration yes

@Omega_Tahu Haha, perhaps you will win, yours was pretty good too

Needs a spooky creature lurking at the entrance way.

Very nice build. I like the look the foliage and fireplace give the MOC.

looks pretty cool, I guess… BUT DOES HE PRAISE THE SUN?!?

Haha, I guess so?

Nah I can see how it references dark souls, I’ve never played it though, I was more going for LOTR in my inspiration.