Leader of a warrior kingdom, Gorgutz's country was one of the few that could withstand invasions from mostly anyone, even the Barraki! However, upon seeing this, the Shadow Hunters proceeded with making deals with Gorgutz, and eventually made sure his kingdom would fall by slowly destroying the country's defences to let rival kingdoms invade it. His army undone, Gorgutz had little choice but to join the Shadow Hunters.

Gorgutz is equiped with a powerclaw capable of decapitating mostly any materials, and a cannon as strong as a cordak blaster. He also has a jetpack for help him jump further and higher, catching most enemies by surprise. He is ruthless and way more clever than he looks. 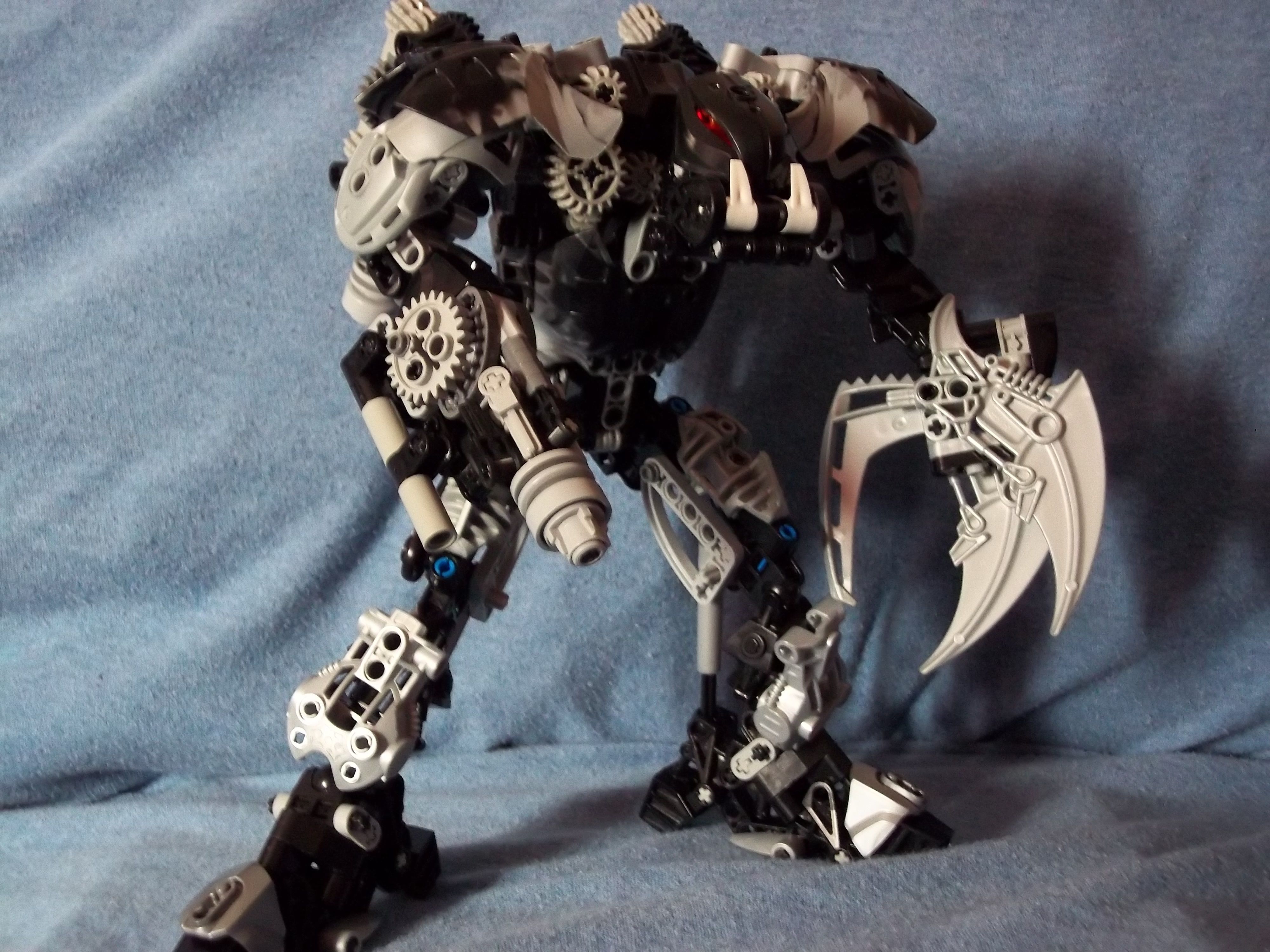 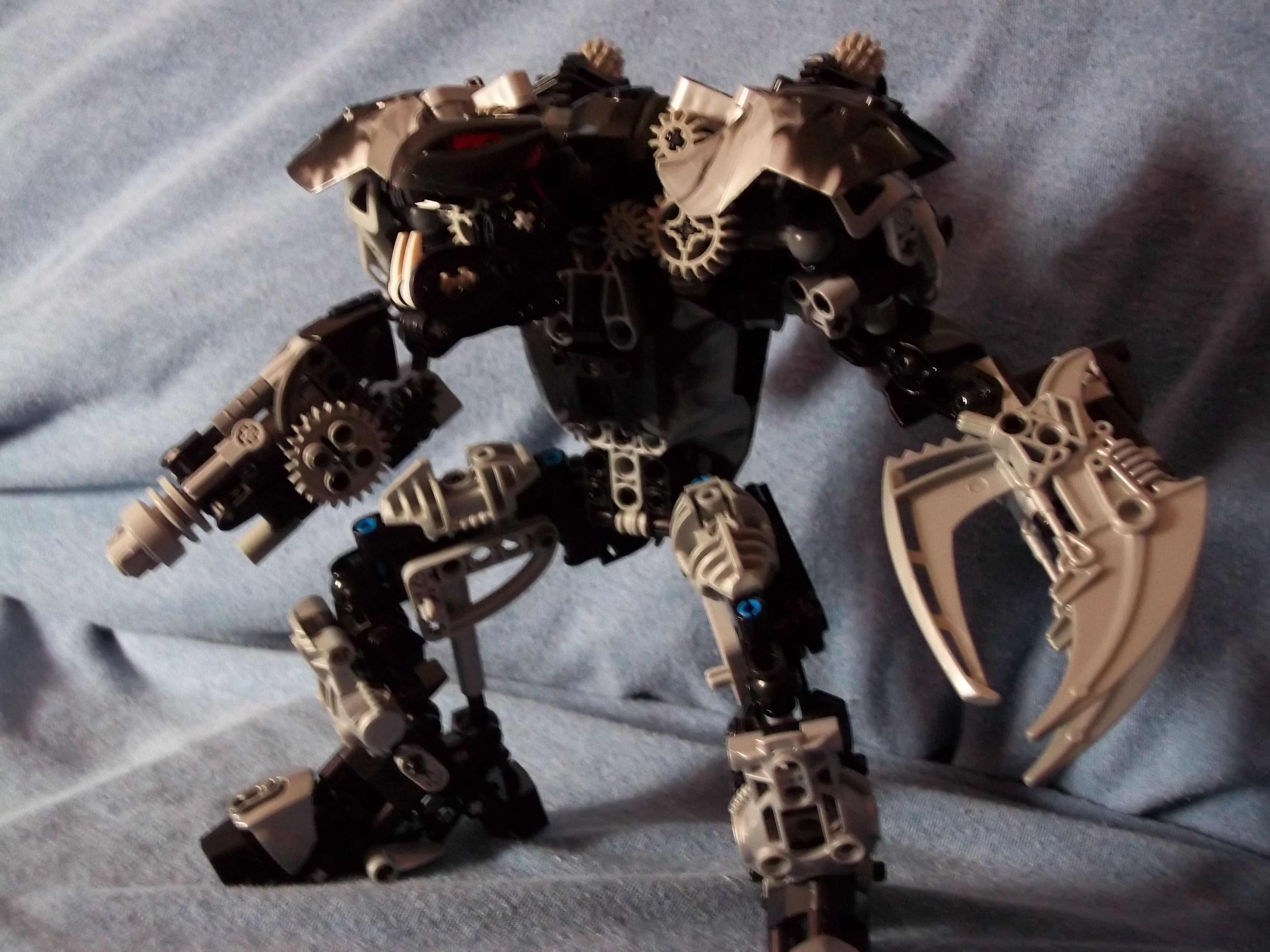 I am quite happy with his look, standing at a total of 26,5cm upright, however I keep him crouched because he is more stable and more beastly that way. 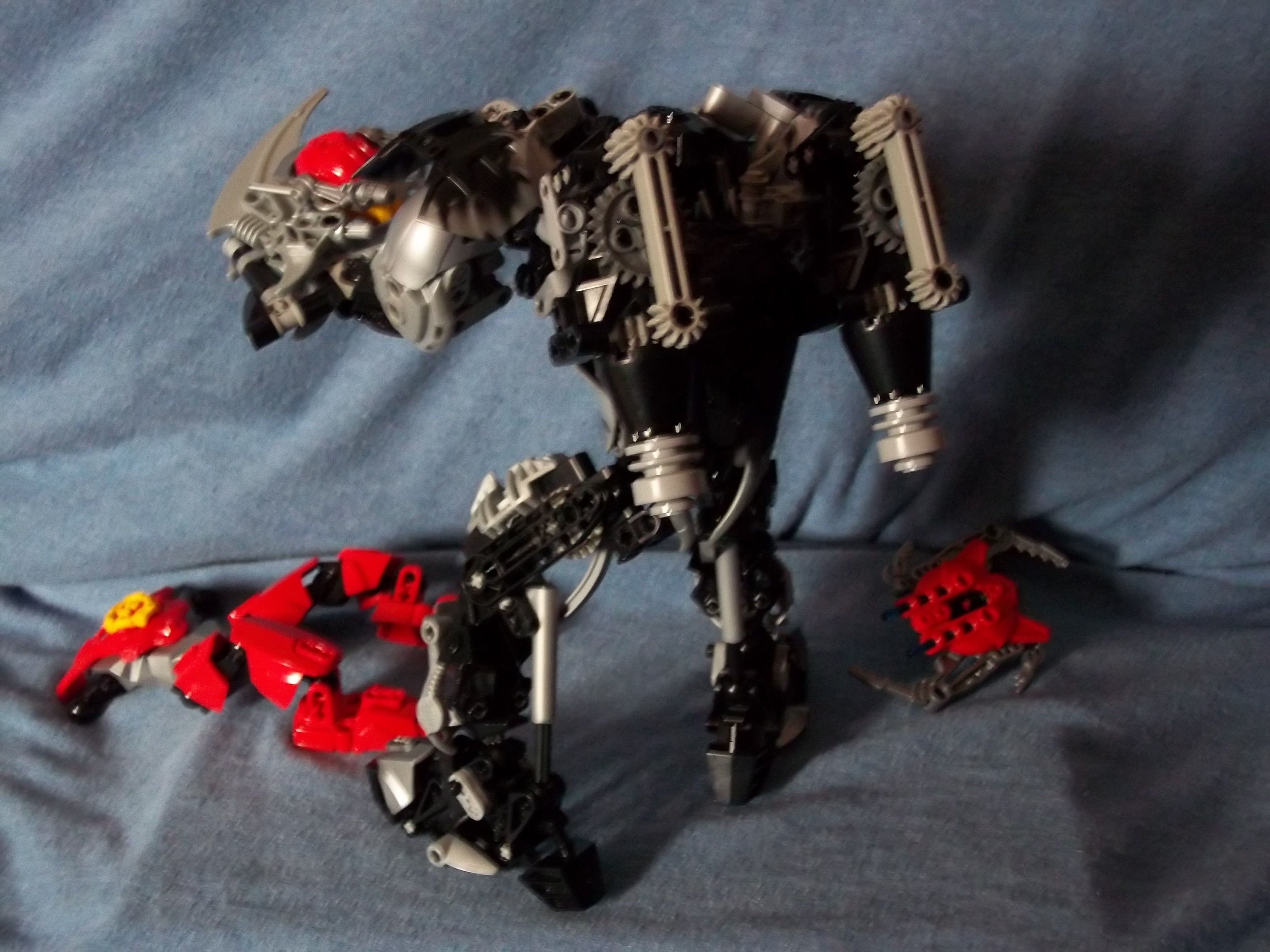 Since this is my first MOC in a long time, CONSTRUCTIVE CRITICISM is appreciated.

The MOC is pretty cool, you pulled off the gears pretty well without making them look too cluttered.

This guy looks awesome, not someone I'd wanna mess with.

not someone I'd wanna mess with.

He's exactly the kind of person I'd want to mess with. Nice work.

See I would give you some CONSTRUCTIVE CRITICISM but this is way better then most of my MOC's... So yeah I love the head.

Coolest Feet I have seen on a MOC in a long time.

Great look. Solid build too, has a pretty OK flow. Great job on the Brute look, pulled off well.

why ..why is it eating Furno why not a more annoying character like surge (personally i think that he is so cocky, bored and trys and fails to act cool) Plus his colours dont fit in too well with other colours.

This looks like some Final Boss for some RP...

I love the gun and the claw, but the head is something that I could write essays and novels about. It looks really cool, I don't know if I could have done it better.

it, keep producing this level of awesomeness.

Holy wow what so many gears

This is all kinds of epic.

I like the use of gears and everything, but I've been wondering if it actually has any functions? And if so could you demonstrate them?

No real functions other than the jaw sorry

I got to say this looks great.
Really like the arms and legs especially.