Warrior of the Dark Jungle

I’ve been making a lot of mocs lately, most of them are pretty simple stuff, but throughout it all I’ve been developing new techniques – a torso design here, an arm design there. Then, finally, I decided to put it all together into one MOC, my magnum opus, currently the best MOC I currently have built (in my opinion).

Then I proceeded to not post it for months. But better late than never! I present to you: Hollici, a female Jungle Tribe Glatorian! 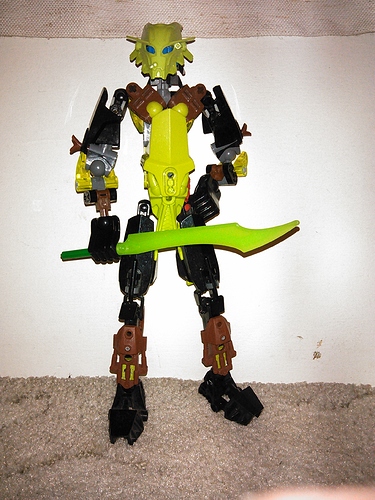 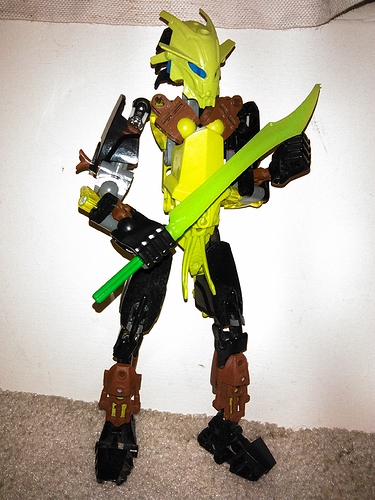 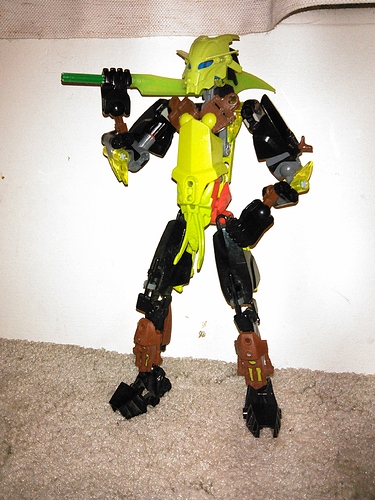 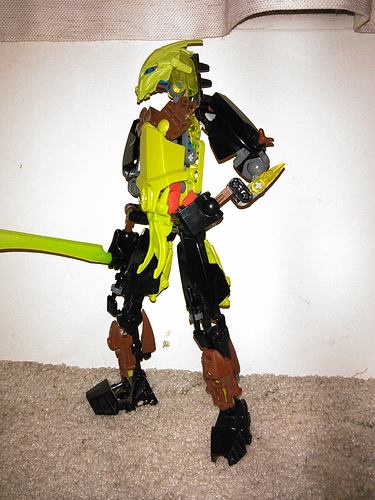 You’ve probably noticed the red spot on the hip. There is a reason for that. This moc was based loosely on the atlantis Minifigures:
https://www.thedailybrick.co.uk/media/catalog/product/cache/1/image/700x700/9df78eab33525d08d6e5fb8d27136e95/b/0/b008am19mi.jpg
Which as you can see have a red symbol on the leg. I thought it looked cool on the MOC. But what would a Glatorian need a logo for? Well, in-story it’s a patch on the armor after it was damaged in a arena match.

But just because I say it’s the best doesn’t mean it is! What do you think? Post your thoughts in those little boxes beneath this post, what are they called again? Oh right, comments!

Looks sweet. Only complaint, the olive green head looks strange, maybe change it to the lime green breeze head? If that’s a thing

Looks pretty cool!
The only thing that stands out as odd to me is the chest; I feel like the brown stands out in a strange way.

Really, I feel like the colorscheme as a whole could use a little work; the brown and black just seem to clash and look odd/ugly together. It may look better IRL, but in pictures it doesn’t carry over as well. I would recommend keeping only lime and black and removing brown.