Mizumi is from the village of GaTora and a warrior of the sea.
She is found of using long range weapons when protecting her village or hunting for food.
She trains the Toa of water to keep calm and how to best control her elemtal powers and Her mask. 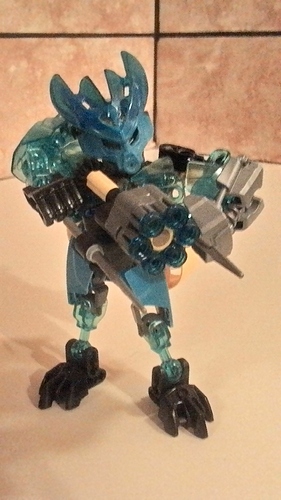 P_20160115_214502_HDR.jpg1440×2560 509 KB
On Mizumi’s back is two sea boosters that helps her move around in the water, but she can also use them to shot two powerfull water blast’s by gathering the water in the air around her with the help of her mask of water, what diffrent her from and other village warriors is that they can only control the elements around them wile a Toa has other special powers granted to them by there mask’s. 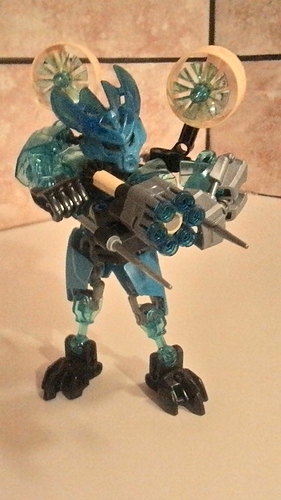 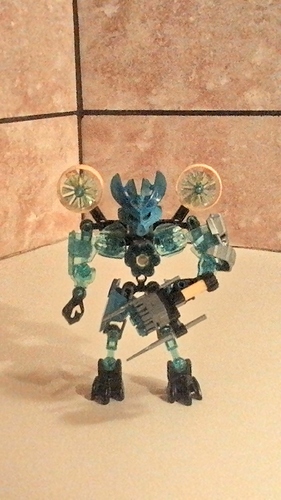 P_20160115_222706_HDR.jpg1440×2560 427 KB
Her one handed weapon is known as a Hydronic H2O gun she has honed her skills so that she can use it even as a heavy gun meent for snipping.
What diffrent her from other ToraKota villagers is that she did not change her mask or move to GaTora from another village and that is why she where given the task to train the Toa of water just like the Burtax and Airnin.by the Village elders. 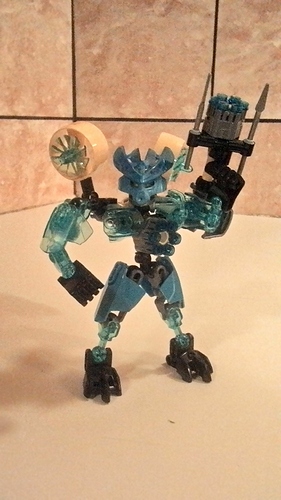 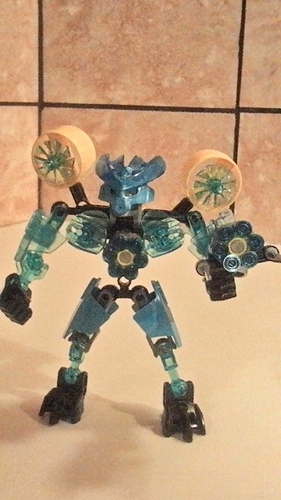 Don’t like the armour on the left arm, but if that is all I can complain about you did well.

Don’t like the armour on the left arm, but if that is all I can complain about you did well.

Well that armor is there to protect her main arm that she holds the gun in.
Thanks though ^^
Oh and what do you think of the lore I’m trying to create?