Warriors of all elements. [worldbuilding][Pitch] NOW WITH [ART]

In year 2 it is all but confirmed that we have a Civil war, A war between the tribes.

While anyone will know that arming themself with weapons and charging headlong into action rarely acomplishes much, certian groups on the island amongst the tribes will bring their clans greatest warriors to bear in the battles,

The Deep hunters:
In other tribes Fishing means you often take a rod and string and throw some bait and a few hours into capturing the goods of the rivers or lakes, For the Ga matorans in the city of sails a certian cast of people has taken this to the extreme, For they do not just sit idley by and wait for the sea to grant them their prey, Those that know the power of the sea and what worth it truely takes to submit one self to it. 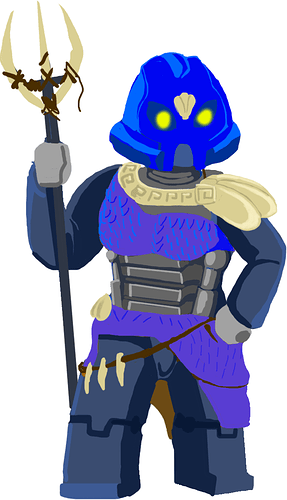 image.png667×1159 226 KB
Around the deepts of the islands they sail out and submerge themself into the subnaturtical deepts beyond the safety of the reefs or lagoons. They often bring home great trophies of their catch and adorn themself in the bones of their prey that they often also fashion their weaponry out of,

Fish hooks, tridents and harpoons are not uncommen, Each Deep hunter repersent the seas most deadly aspects, Few in numbers they are experienced in combat, as their they often exchange their combat power with one another, unarmed and armed. They prove themself, worthy to stand up agianst the greatest warriors on the island.

The Mangaian gladiator,
Conflict is a way of life, and life without conflict is not life at all. Gladiators of the mangain Tribe rejoice in the battles that shape their lifes, and build their characters, even the most simple Mangaians can fight to a certian level but a few has raised themself to admirable standards as the obligatory millitary service has allowed to find those with talent for the art of combat.

In the Arenas of the Gladiatorian fights take place to a great specter for those that wishes to improve and make a name for themself. for those that win glory and reputation is often considered a champion of the kingdom as these great titles hold great honour. They are also called upon in times of need. The Royal family supports this system as it breeds some of the most cabeple warriors on the island.

The Sky rangers
In the city above, the sky rangers are the ones that dare tame the fastest and most vile of the flying beasts, these are the dare devils of the air region that often is so reckless they will never give up a challenge

Often chosing to give chase to ever more vigilant stunts and abillitys, they use great disk throwers makes them a force the be reckoned with. As very few has the means to counter their Air superiority. They have remained unchallenged for generations.

And just like the rest of the Air region often is subject to arogance that they will never be defeated. and while it might be true that they cannot be bested in the air, anything that goes up must come down agian.

The Temple protecters
Some might mistake the huge figures outside the Temple cities for statues, but they are indeed matorans trained and breed for this specific pourpse, Guided by the elders of the clans, undoubting in their wisdom they would relentless see to do their duty . To protect the great city ruins and their people that reside within. 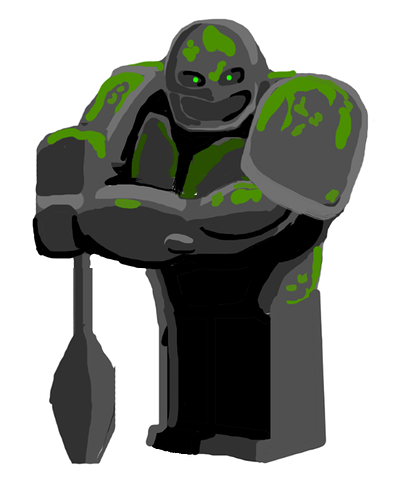 image.png579×705 81.3 KB
Little can stop a Temple protecter when they are on the move, Their brute force is unrivaled, and even the bravest of the Mangaien warriors would be foolish to not surrender if caugt by the towering figure of a Temple protecter. Their humongus size often suggest a clumsy and unelegant nature but quite the oppesite is true. For while the Gaurdians are powerful, their social interactions are like that of any other matoran, if not more gentle, for with their great power they realize they live in a fagile world, and in this belif they will only seek to gaurd their homes with even greater viligance. Often standing gaurd for weeks moss and other plant life is not uncommnly found on the elder of the protecters.

Ihu - Royal gaurd,
Ihu’s honour and pride, The royal gaurd alone is a millitary force that while was meant to protect the furtile areas of Ihus teritories (the only places that is not frozen all times of year) They stand gaurd proud and with a heart of ice exceute their orders from the royal throne. 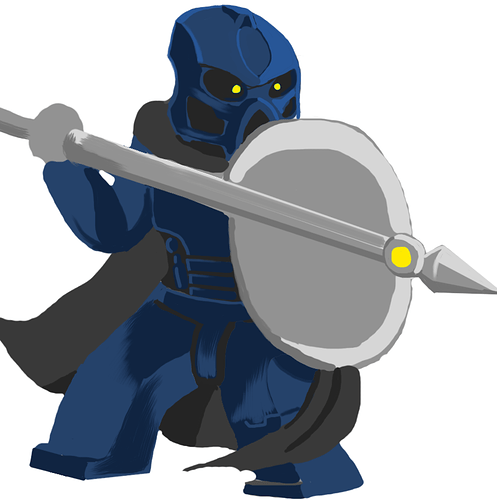 image.png846×851 159 KB
The cold region of Ihu has left a people that only survive though cooperation and unity, In Their drilling has left their troops in such a way that they rank amongst the most elite of the tribes but by far also amongst the fewest. After the attack the Lizards of the mangain nation their harvest was destroyed, and the royal gaurd puts it on themself to not just seek retrubution but also save their people from the winters rough.

The Stone breakers
Sturdy and powerful they bring elements of metals and alloys akin only to the Stone regions industrial works. produced in great numbers and with great effiency their war gear is making them a dangerous force. 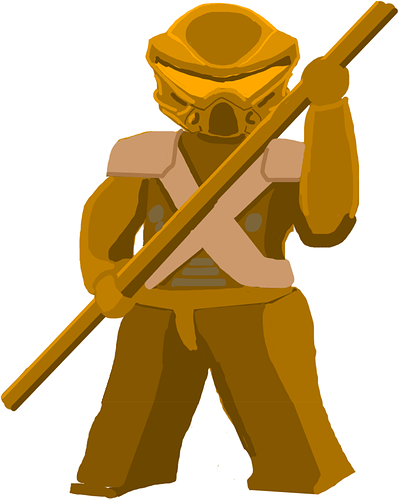 Still working on artwork for these guys, please consider giving some feedback.

This is great!!! Lets hope ttv sees it. Only thing I would change would be instead of gladiator it should glatorian

Yes to all of these.

My issue with the ko-matoran (or what ever you’re calling them) is that you’re to face an issue in the civil war when they fight. they’ll either have to join with the water tribe or stone in order to survive. I’ve also always thought that the stone tribe would be the warriors (probably just have them with large shields and other weapon) not mindless goons. This is good. but it needs a lot of work.

Just when I thought I couldn’t love the Earth Matoran even more, you have to post this… I salute you, good sir.

is that you’re to face an issue in the civil war when they fight. they’ll either have to join with the water tribe or stone in order to survive.

You will have to understand something, very few people would be foolish to assault a mountian kingdom that had the home advantage, but is also one of the few regions that not just benefits from a constant elemental benefit.

Think about it. Germany wanted to claim russia before the winter, course the russian winter was a devastating factor. even with coats and “mordern” equipment they could not handle the cold. Now imagen a senario where these spear weilding tribes would crusade into this winter wonderland. Taking Ihu would be uphill (literaly)

Now even the civil population that knows the mountians and clifts would use the terrain to their advantage.

Ihu is probaly the most difficult region to take and would allow their elite forces to regin freely while the local population can defend Ihu with much greater effency.

I’ve also always thought that the stone tribe would be the warriors (probably just have them with large shields and other weapon) not mindless goons.

The po matorans has one thing, numbers, in my canon at last they are the largest tribe as they can expand endlessly, where Mangai is limited by the proxcimity to the volcano, IHU is in an mountian range, The water city of sails has only room for so many ships, the air regions flying islands are indeed limited. and the Temple cities of the earth matorans are all limited, the Po matorans have the most numbers and given that they all recive a basic millitary training they do not really need the elite training that lets say IHU’s royal gaurd or the basic understanding of combat like the Mangaian warriors.
They bring steadfast weapons and equipment to battle. I do not imagen seige engiens have been a thing on the island before.

Mindless goon might take it too far but the simple fact is that they are the least elite and yet most ressourceful. For while an IHU royal gaurd is worth 10 mangaian warriors and maybe 25 stone breakers, there are just alot more Stone breakers than there are Royal gaurds.[quote=“kongu, post:5, topic:37277”]
This is good. but it needs a lot of work.
[/quote]

I will continue to work on it. but I would like the Casts feed back eventually…

I really like them. But I can’t understand something: you talk a lot about royal families. Is there a king?

Accordin to the podcast…

The cast said that Mangai and IHU are kingdoms… aka Kings n stuff. Let me link you to them…
https://www.youtube.com/watch?v=rhUa070Qpz0&t think it is this one.

I think they agreed on mortally wounding Matoro ( king of IHU)