What do you guys think Takua's kanohi should be before his pakari?

I have a few ideas on what his kanohi should be

-noble huna (for that one rare yellow prototype huna)

I think noble ruru would be funny, because light, but I think 3 matorans in the future chronicler’s company having ruru is a bit insane, so…

How about noble Mahiki? Mask of illusion, that’s kinda fitting. It also goes well with the noble Komau that Jala would’ve had, being a similar shape and design.

Alternatively, I’d like to address one I thought was actually canon up until now; @Msw41’s choice, the Rau 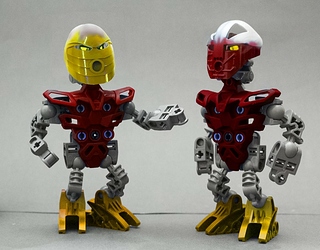 In one old story, I gave him a Rode.