What exactly constitutes a "Revamp"?

From my experience in the Bionicle MOCing community, a very common thing my revamps are criticized for is being too similar to the original set. This was very confusing to me, because for the longest time, I thought a “revamp” just meant making a upgraded version of the set, without changing the general look and feel too much. But apparently, what of the folks in the MOCing community actually consider a revamp is a total re-imagining of the set’s concept that looks nothing like the original set, and only loosely resembles the set’s general concept.

So, what exactly defines a revamp? A simple upgrade of the original set, or a total re-do of the set’s concept or idea?

I think anything ranging from what you like to do and what you said others do consists as a revamp. Of course if you stray too far from the original concept in my opinion you’re pretty much just making a new character but then again whats the point of putting guidelines and rules to an inherently creative artform like lego?

From what I’ve seen, people usually use this sort of classification:
(I’m gonna use my own MOCs as examples because I am shameless)

That seems like a pretty good definition, however I still have a few questions.
What if I completely re-build the set from ground up (essentially, you didn’t just add some extra stuff on top of a pre-built set)?

Perhaps this isn’t the best example, but to illustrate what I mean, here is my XT4 MOC: 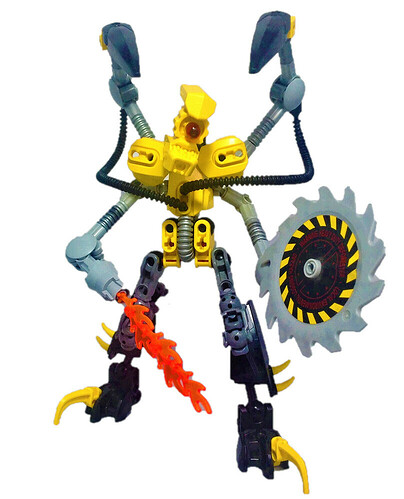 I’d say it is close to fitting in the 1# category, however do note that I don’t own the original set, and I just had a spare XT4 head which I used in order to recreate the character in my own style.
Would this count more as a set upgrade or a revamp?

Another example from my own MOCs that would fit this in-between category would be my Malum revamp (although this one is slightly different, since I did have the original set pre-built, and only partially took the original set apart before making it): 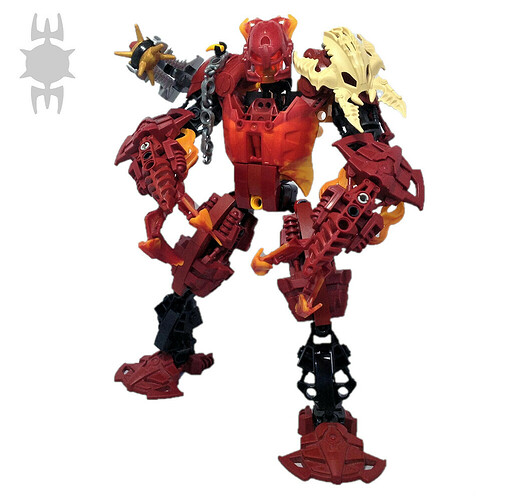 However, I’d say my Frost Beast definitely falls into the 3# “re-imagining” category: 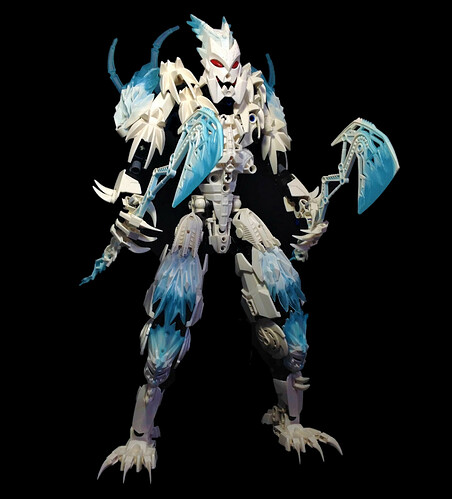 What if I completely re-build the set from ground up

I think that would be a revamp, not an update.

So, your XT4 and Malum would be in 2# category.
For example, let’s look at your XT4: it has new custom arms, mostly custom torso and non-custom legs that are quite different from the set, but its silhouette, colours and major traits are still very reminiscent of the set, so that makes it a revamp.
Same goes for your Malum.

And yeah, your Frost Beast is definitely from the 3# category.

That said, I should mention that my definition is not the ultimate one which everyone follows, it’s just based on my own experience 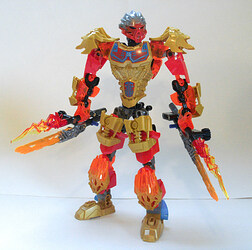 Revamps are a sliding scale. I would say your Malum is pretty close to the original set, but not clearly bound by the original.
My Lesovikk revamp is a fairly large departure, but it doesn’t introduce many new ideas or alternate design choices, so I’d say something like this is near the middle or mid far end of the scale: 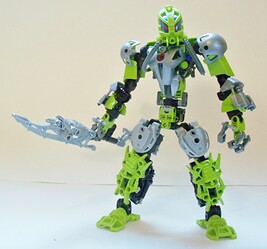 Leso213182×2976 1.06 MB
And then there’s revamps like @NOTaHFfan’s Pridak example. Still very clearly Pridak, but it’s pushing the concept beyond its initial boundaries. He’s got merfolk limbs, the squid launcher as a staff, etc. But since it is still clearly Pridak, it’s still a revamp, just at the far end of the scale.

And reimaginings are beyond the far end of the revamp scale. I actually don’t even know who @NOTaHFfan’s example is a reimagining of, so that’s evidence enough that it’s a new take entirely.
Some of my other favorite examples are Patrick Bigg’s Kongu Inika: 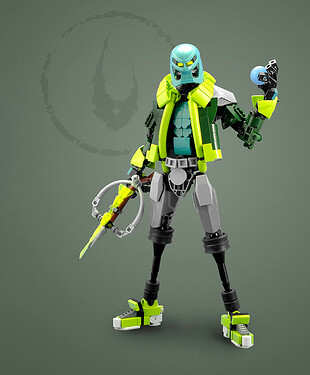 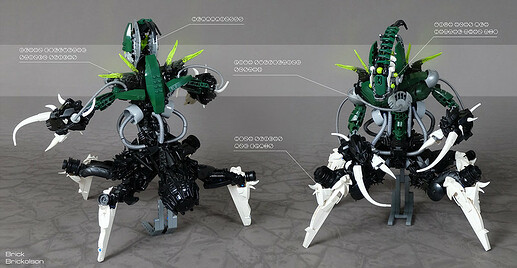 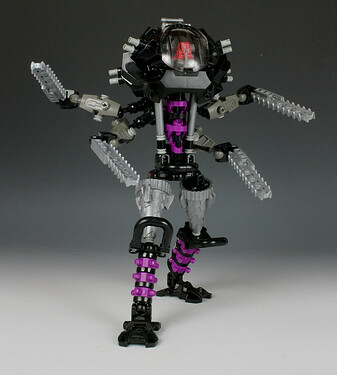 Of course, even then it’s hard to nail down the distinct line between a really broad revamp and a reimagining. Something like CZQ’s Onua Nuva is clearly a total reimagining, but what about something like VelociJACKtor’s Vamprah? 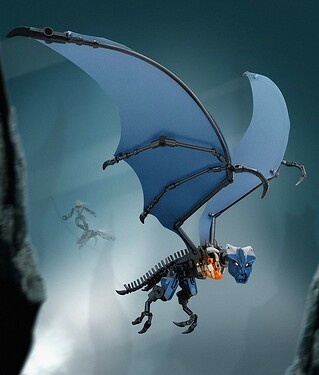 Hmm, here would be how I’d define it. 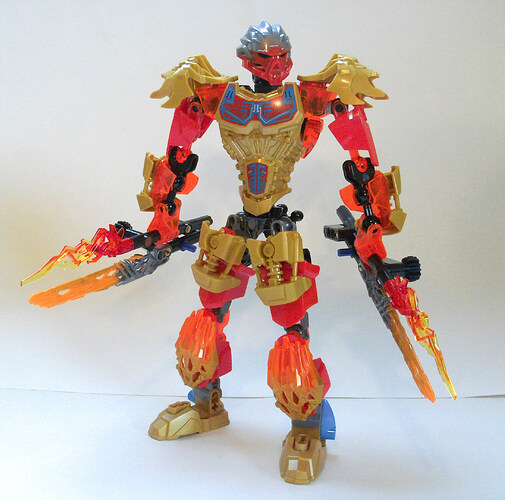 that is a mod

this is an update: 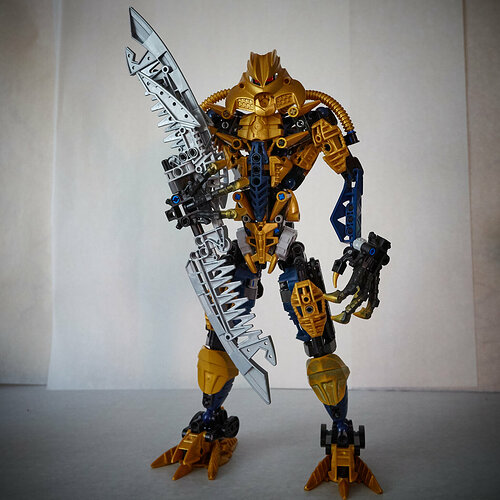 That is a revamp.

this is a revamp: 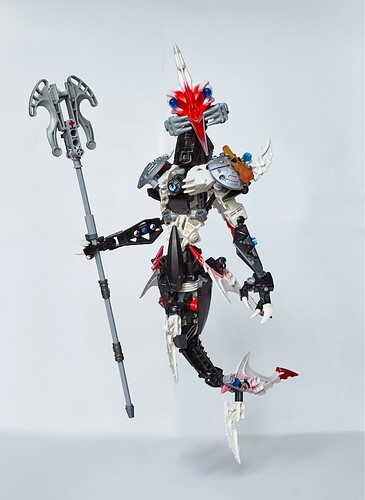 That is a reimagining.

That one’s certainly a grey area, but it keeps the same basic ideas as the original, even if it has almost none of the parts. So it’s a revamp.

That said, I should mention that my definition is not the ultimate one which everyone follows, it’s just based on my own experience

Well, our definitions clearly differ on the matter. Perhaps yours is more accurate to the general consensus; I can’t say mine is based on having seen anyone else sharing the same opinion; it’s just how I would define it if asked.

I pretty much agree with @Willess12. I think a revamp constitutes a decent upgrade without changing major features of the set. Basically, @NOTaHFfan’s Brutaka is what I consider a revamp, and his Pridak fits my definition of “reimagining,” I guess. I haven’t really formed concrete conceptions of anything beyond a revamp.

In my opinion, a revamp is a MOC built with the idea of a preexisting build in mind. An update would be for minor improvements like swapping out a color. Reimagined does make sense for drastically different MOCs.

And reimaginings are beyond the far end of the revamp scale. I actually don’t even know who @NOTaHFfan’s example is a reimagining of, so that’s evidence enough that it’s a new take entirely. 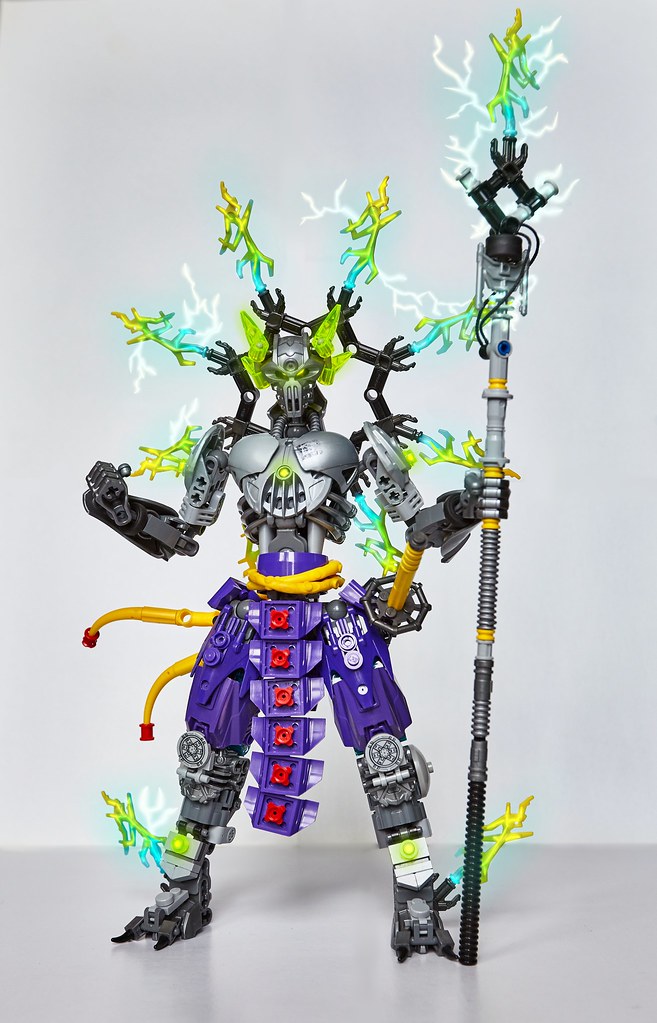 this is a revamp: 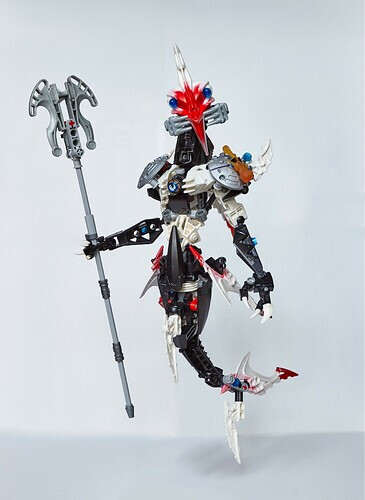 Still very clearly Vamprah, and it even shares a lot of the original set’s ideas and proportions, but is it a true “reimagining?” It’s difficult to say for sure

I think at the borders the terms can just be used interchangeably.
Like, at that point I think no one will mind if you just go with personal preference. Same with the Malum. There’s no need to clearly define the grey area, it’s an update and revamp at the same time.