What if you had your own planet.

Mine would be a military fortress, we'd be the judicators of the galaxy

The Planetas name would be Terra. 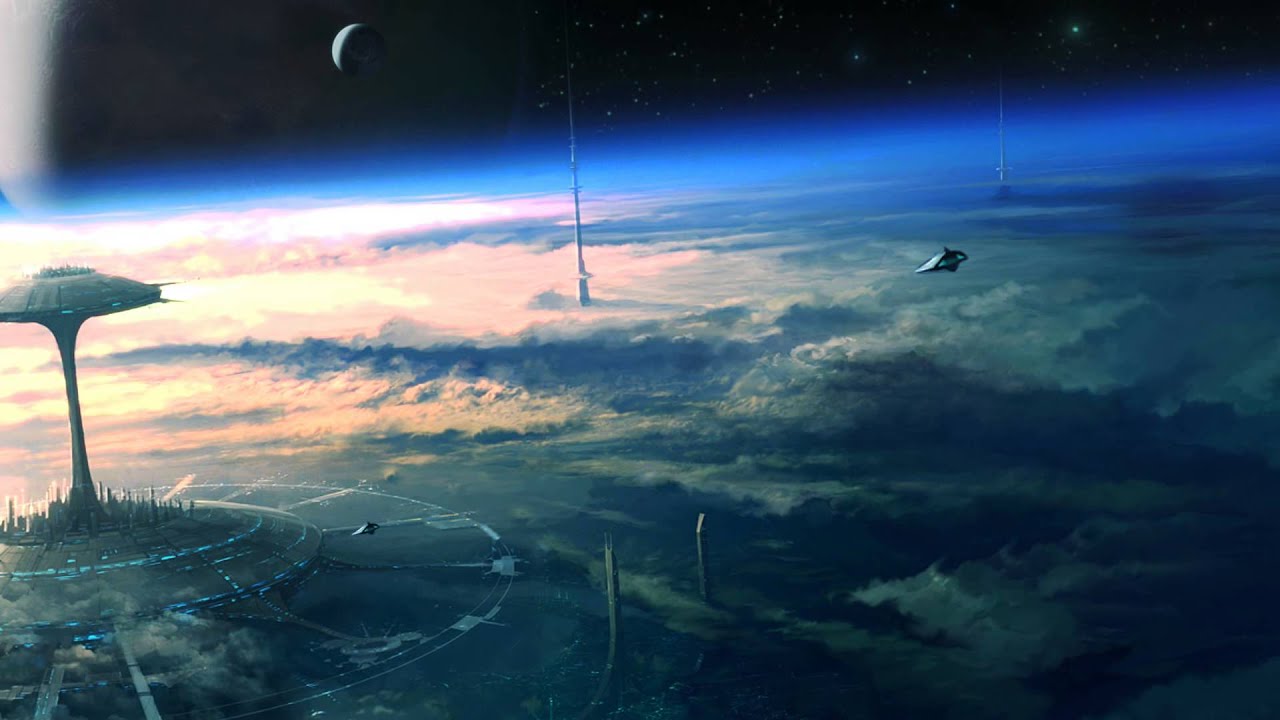 (Above the City of Singidunum (Post-Contact Era), Europa sector)

The governments of Post-Contact Terra have united in a common interest in their new found role in Spaceflight Galactic Society.

Each Pre-Contact regions of Terra have been divided in sectors, each sector having its own Governors that heads of the groups of what we knew as classic countries:

Each Governer answers to the Emperor. Reliabe records of the Emperors true identity is lost in time but is believed his name during his reign was Frankenn I Kamble, (as the later Kamble Dynasty claims to be). However some sources say his name was Dalerem Tesal. However, he rains/rained from Terras capital known as Singidunum.

To best describe this planets people is to take analogies from the Alpha Universes equivalent known as Earth. Terras primary culture is similar to East Roman Empire Byzantium). However, in this universe, Byzantium has spread across all of Europe, and has colonized the Americas and Australia (however due to values of Orthodoxy and this universes version of manifest destiny, they have not killed indigenous populations, rather they have incorporated and integrated their cultures and society into their own .). After the period known as "The Schism", the Byzantium Empire split and gave its colonies independence. Both Americas and Africa have advanced in a much better way than Alpha Universes Earths versions. Asia had its own nations and empires similar to Alpha Universes, but Australian (known as Australus or Polynea) was a former colony of Byzantium. 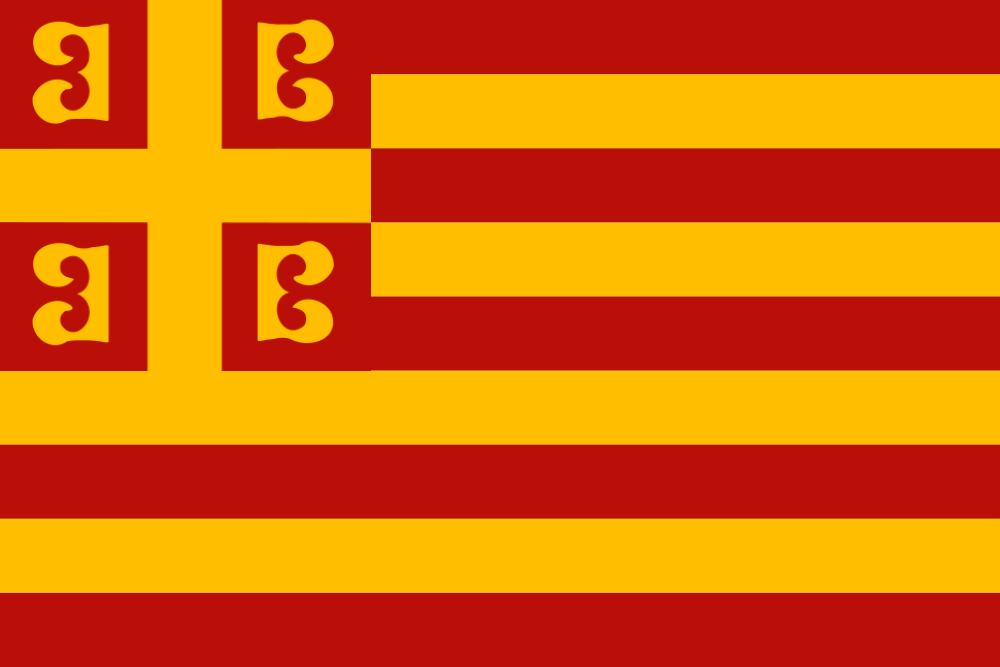 After the period known as "The Great War" (happens around 1700s in Primary Earths timeline), Byzantium split even more into smaller territories, now only being the size of its Post-Roman era (Balkans and Anatolia).

However its cultural marks have shaped the world. The primary language was Sirmian (by the city of Sirmium where its believe it originated from, which is a mix of Roman, Illyric, and Greek) and the main religion was Chrisitanity (in the style of Eastern Orthodoxy with a modern visual style)

There were many disputes, political, and religious games between nations of Terra, all while natural gas and fossil fuels destoryed the planets atmosphere, raising the sea level by a meter (which endagered many costal cities and the Archipelago nation of Atlantis, most refugees left their Atlantean homes and came to live in Byzantium). The Energy Crisis was starting to be an issue and an event known as the "Energy War" (around 1980s) started. The War was brutal on all nations of the world, which culminated with the events known as "Final Star" and "First Contact". Most notable event of the Energy War was the Atomic bombing of Roma (aka Rome) by extra terrestrial scouting ship later known to be of the Mrakwill Empire.

After the ships destruction, the Energy Wars ended due to common threat of extra terrestrial conquering beings. This United Terra as never before seen in its history, creating the first joint Union, which sectored each of the continents which were primarily controlled by governors, all answering to what is only known now as The Emperor (though his role may have been initially as Primary Governor or as such)

Now refered to Terrans, they have spread across their solar system and have started colonizing other planets which will later be known as the Galactic Empire (its current Capital Planet being Trantor). (Emblem of The Galactic Empire)

Due to drastic differences in between Prime universes Earth and Terra, you would see similar elements but used in very different ways. Iberia was once controlled by Byzantium, which later gave her the advantage when colonizing the Americas. The flag however is a mix of our Earths Greek flag and Byzantium Emblem.

the Emblem of the Galactic Empire (while taken from Asimovs Empire), is also in my way taken as a reference to Alexander The Great...which would indicate that once humans attacked by the Mrakwill will later incorporate them into their Empire after conquest while also expanding beyond their home star of Sol (which is the star on the Emblem). Later explanations for the Emblem would be slight to drastically different due to historical records being lost after the massive colonial expanse through the cosmos and later the Natural exodus from Earth and the Sol System. Such explanations were it represented the Star of the Galactic Center where Trantor was. Other say its the illuminating becon of the Emperors vision for the Empire, others as a star map for secretly indicating the origin planet of Humans, or that it was the Emblem of the current leading dynasty.

Wow you really thought this through didnt you

I sorta use this thread to type in my own universes backstory. Very early draft as you can tell....still need to do more research about what drastic timeline changes would happen if for say Byzantium never fell and there was never the Dark Ages, no burning down of the Great Library of Alexandria, existence of domesticatable animals in the Americas, Africa being less harsh for creating civilizations, different colonial methods and reasons, and entirely different modern nations. For now all I can say is there is a reason why this Earth is the way it is and why it is attacked by extra terrestrial beings in a crutial time in its timeline and why Byzantium being the dominant civilization.

Some places and smaller events may change, but I always had the First Contact as a definitive turning point set up in this humanities history. It is what will shape the past and future events.....and may or may not be because of one yellow stone.

I would rule with fear and an iron fist, no need for names

Home of all the outcasts who don't belong elsewhere.

Not to mention it may or may not be a phase nexus where the cosmos don't exactly behave.

Home of all the outcasts who don't belong elsewhere.

Sounds like somewhere my government would crush, or encourage to grow

I'd probably be there not that I think about it...

If I had a planet. I would sell it to earth.

Cool stuff. Will be back to this topic to discuss.

I'd probably be there not that I think about it...

Now comes the real question of whether you'd be capable of evading steel melting acid lizards that live in the less civilized areas.

I guess you could play it safe and stay near Council Hall but that's not "fun".

Eh, if I'm in an area like that I can probably find a way, and if I die I'll do it having fun!

Eh, if I'm in an area like that I can probably find a way, and if I die I'll do it having fun!

Tell that to the eldritch abominations under the floorboards (I kid, they are in the station but nowhere anyone sane would wander)

And you have just described a place I would definetly try to explore at least once, because, trust me, I'm nowhere near sane. XD

If I had my own planet, it might made out of metal, the people, and animals could either robots or cyborgs.

Zephaxoi, inhabitants: Gliscols, Globyps, Glojoblyps, Carimaschian, small microbes, variations of the previous creatures, and many, many more.
Dominant species: Braxolians, Braxoliams, most part of the Braxite empire.
There is one dominant nation, though there are small parts of it that aren't.
Planet: Brown dwarf planet with two rings and two moons (both of which are barely considered moons to humans.)
Rules: Members of the main nation join the empire's army, while others take care of the planet. Suits must be worn at all times. More laws that I'm too lazy to make.
Language (Braxiations):
I'll add this once I get a hold of my computer but for now,
It's English (or made up English words like bonkle words) but the first three non-vowels (Y is a vowel) go to the end of the word. Reverse the word. Add an E at the end. This doesn't apply to Braxiation exclusive words. Now convert to the Braxiation symbols (which will be added later)
Examples:
(English) Hello: Eohll : Llhoe : Llhoee (Braxiation)
Matoran: Aoanmtr : Rtmnaoa : Rtmnaoae
Bye: Yeb : Bey : Beye
Hoopla: Ooahpl : Lphaoo : Lphaooe
Krana: Aakrn : Nrkaa : Nrkaae
Zyglak: Yakzgl : Lgzkay : Lgzkaye

I've already thought this all out:

As you can see, I have a flawless society, and it will live forever and ever.

Everything would be dead because I suck at gardening.