What would you like to see in a new Constraction IP?

Since there have been some rumours lately about Lego creating a new constraction IP, it would be fairly interesting to see what people would want from it.

This topic is purely hypothetical and most if not all ideas compiled in it will stay that way forever!

I for one would appreciate the return of the tribal motives that made G1’s early years so intriguing. A world in which technology has advanced to such a degree that it is indistinguishable from biology. And new pieces. Lots and lots of new, interesting pieces.

In the case that somebody already made a thread like this one, I apologize to the mods, that will have to close this one, in advance, as I was unable to find it.

Teal and Onepu Purple. Also some cool Technic based elements.

It would be really cool to see those colors come back (I love purple). I would want characters to look really cool, even at a cheap price. Maybe a transformation function would be awesome…

But to what degree would such a transforming feature be feasible, especially at such low price- and part-ranges?

For the low priced sets, maybe not as much a transformation as an alternate mode. Example: feet that turn into wheels, blade that turns into propeller, arms that become wings, etc… Think the adrenaline modes for Toa Masters

Okay, that would be cool.

I would like to see re-colours of the g2 pieces, as well as re-colours from the star wars constraction theme. Also some new pieces.

I would like more Technic-based builds instead of purely CCBS. Some creature based characters would be cool too.

I would like to see the size of the standard figures go back to that of Hero Factory’s Breakout years. 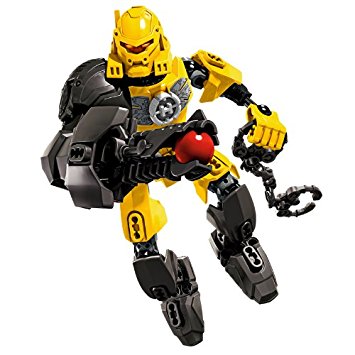 The heroes were a perfect size and cost back then. I feel like Bionicle G2 went a little too large with their Toa figures.

Another thing I forgot to mention is part aesthetic, I want to see molds with more complexity than the smooth ccbs shells. The Ccbs offers good coverage, but from a mocing standpoint, it doesn’t offer very many detailed elements, at least not as many as G1 parts.

Everything you described perfectly fits my ideal Constraction line, a hybrid between Roboriders and Slizers. One minute it’s a Motorcycle next minute it’s a Throwbot.

I would want a good yet simple story, a compelling motive for both the hero and the villain, good character development, and a TV show to accompany it.

I would also definitely be excited to see another constraction line. I wouldn’t mind a barebones story, as long we get more sets. Star Wars has been producing decent figs, but I’m kind of tired of boring old humans. Basically, I just want something different. At this point, I might even accept Galidor.
wait no i take it back galidor is horrible
Please, just something. I need more Bonkle or summat.

I still think Nexo-Knights would work well a constraction, with vibrant colours and new molds for some interesting new armor addons.

I want to see it actually happen.

I’d love to more complicated and unique builds. Something like what we saw in G2 and Star Wars and not just the same skeleton we saw in every non-titan sized Hero Factory set.

I’ve had a lot of time to think about this with some buddies.

I once wrote a long rant on this, but anyway… Hold on to your butts.

Firstly, I’d like if they cut down the scale a bit. Currently constraction figures are rather expensive compared to what they used to be. Sure, they also have more parts, but I think the larger size and price reduce their collectability. If they went back to 10-15 buck range, I think that’d be good. Something in the complexity a bit above the elemental creatures and protectors.

Second, some physiological variety. Repeating similar builds gets boring. Although uniters had different upper torsos, in the end they all looked mostly the same in their build and proportions.

…Which brings me to third: Break up some of the larger pieces. Make hips and shoulders separate again, so we can play on proportions and body style. Today the large chest pieces are rather ridiculous and difficult to use, so maybe divide those into separate chest and stomach armor.

Fourth, more technic in the builds to give them more complexity.

Fifth, masks packs for color variety. Also bring back axle-connected masks or some other more compatible method than the hot mess of G2.

Sixth, less CCBS and more technic-based builds. I really liked the second year of G2, but I think it could still be taken up a notch.

Seventh, smarter story and worldbuilding. Give us back the art in instruction booklets and tidbits of lore to raise the curiosity. If you make a TV show, give us a full season please with proper character development.

…Those are probably my main points, though I’d have plenty more to talk about.

The reason the constraction sets are so expensive is because they are Star Wars. If it’s Star Wars, it will sell. Even if it is overpriced. But I completely agree if you are talking about Bionicle. Watching through Eljay’s reviews, I heard the main characters used to be SEVEN DOLLARS! That’s half of the cheap Toa! WHAT INSANITY WAS G2?!?

There was a lot more plastic in the Star Wars and G2 sets. Those drove up the prices.

@ToaNoah_Wafflemeister
I know licensing spikes prices. I grew up with constraction starting from Slizers, so yeah, I’ve followed the staggering growth of prices from 7 bucks to 25 bucks on standard figures. Somewhere along the way I started to wonder what’s going on.

@Stuubh
I acknowledged that the sets had more parts (and thus plastic), which in result made them pricier. My point was that they could be more compact again to drive the prices down. Like having a similar or slightly larger scale than the protectors and creatures, which themselves were very good sets.