Whatu, Toa of The Cosmos (And a Lighting Test)

Whatu is a Toa that comes from a far-away world, a planet where their tech would appear to be magic to Spherus Magnans, and space travel is common-place. Whatu is capable of traversing great distances using either his starship or his elemental powers. 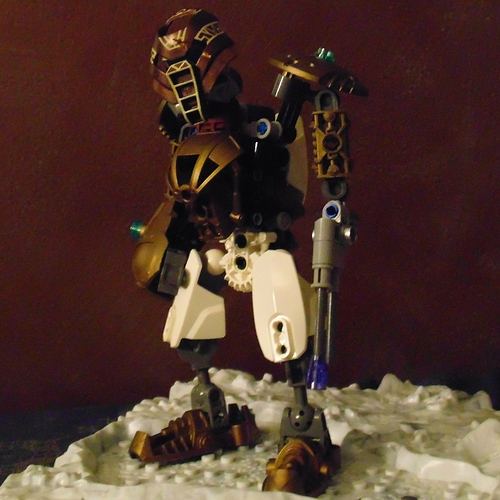 Cosmic Toa are able to create black holes, wormholes, and manipulate (given enough time, energy, and resources) small suns. He is equipped with a light blaster and a Kanohi Huna, which he rarely uses. 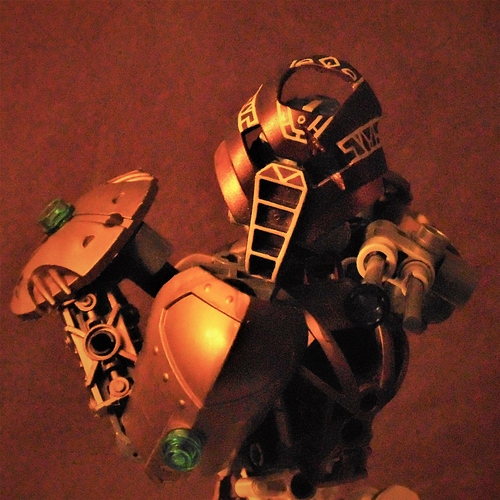 Whatu, despite being created light-years away from Spherus Magna, obeys a Toa Code similar to the Toa of the MU. Having traveled across the galaxy for millennia, it can be inferred that he has saved entire planets. 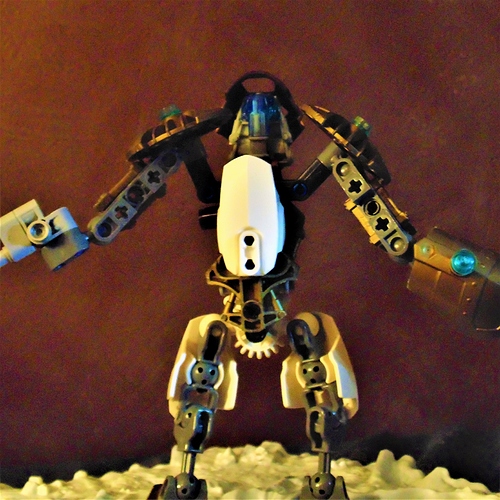 I tried tampering with the lighting setup on my camera, and unfortunately, despite having plenty of natural light in my room, I was unable to get rid of the warm glow. Luckily enough, most of this MOC is bronze, so I think it doesn’t look half bad.

Credit to Modalt for the painted mask.

Love the engravings on the mask. The only issues with this MOC is the waist (being that it’s a stark contrast with the rest of the steampunkish look) and the tiny legs.

That mask is just too good…
Question about the MoC, though; what’s the story behind his gun arm?
I would also recommend distributing the white a little more evenly, too. It seems very concentrated at the waist.

I mean, the gun arm is mostly there cause it looks cool. Sort of a Samus Aran/Megaman vibe going on with it, which I felt fit the character type. Also, I’ve always thought he could use more white, but I’m not sure where I could squeeze it in.

The massive powerset and the diminutive size remind me of the Dark Hunter Shadowstealer.

He’s about as tall as the Toa Mata. I didn’t want to present him as a larger-than life figure.