Which Ninjago Dragon Is Most Powerful?

One of Ninjago’s biggest draws is its dragons. First we had the dragons that guarded the Golden Weapons, then they all merged into the Ultra Dragon, then the Overlord and Lloyd demonstrated the ability to magically create dragons made of their elemental power, and then we just saw more and more dragons. We’ve gotten so many dragon sets, it’s not even funny. Some of them have been garbage, but others have been pretty great. I just got the Grief-Bringer set today, and I must say, I’m really happy with what I got.

But story-wise, which dragon is the most powerful? Most of them are dragons created from the Elemental Masters’ elemental powers, and from what we’ve seen in the episodes, they all seem to be at the same level in terms of strength and endurance. The same can be said for their control of their elemental powers, even if some of them (cough, smoke, cough) are pretty lame.

There are other dragons, too, that are actual animals as opposed to magic combat avatars. Those ones don’t seem that much more powerful than the elemental dragons, but the Ultra Dragon might be more powerful. After all, he (or she?) has four of the elemental powers combined, and his strength is probably enhanced, too.

Since Firstbourne is the mother of all the dragons, one might think that she’s the most powerful. But what makes me doubt that idea is that Tommy Andreason said that Firstbourne doesn’t have every power. Then again, that doesn’t negate the possibilities of her having some of the powers.

Probably the cyber dragon since it’s based on video game logic.

I was thinking Firstbourne. She’s the first dragon to exist and the ultimate ruler of all dragons. She’s also been around since the time of the First Spinjitsu Master.

@BlueJayGamer BUT GUESS WHO ELSE? THE OVERLORD. He was a dragon, was he not? And Firstborn didn’t make him. Also he almost ATE LLOYD SO IT IS OVERLORD 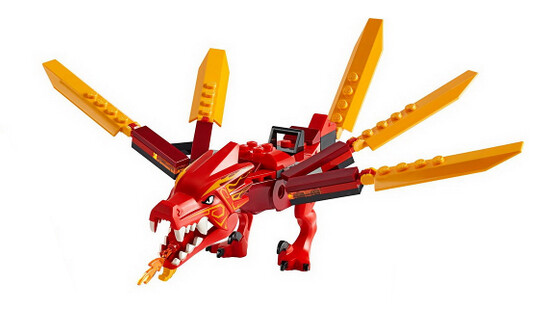 Because its arm holes can cause elemental attacks to go right through it.

Speaking of Dragons, way back when, the leaks for year two of ninjago said that there was a boat that turned into a dragon, and was extremely disappointed when the first pictures of the destiny’s bounty showed a really derpy looking dragon 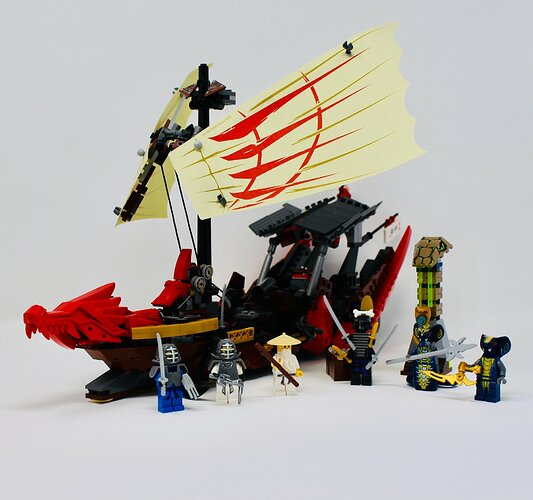 Ya know, I agree… But… I also wanna get this out to everybody. You may think ninjago is lame… but I’ve watched it for many years, and it has made me a better person. It has shaped my life. I’ve never felt it has never came for me~~~ er ~~~ It has just really taught me lessons. I love our ninjas… anyone agree?

I’ve never seen this before.
It’s adorable. I love it.

Why does it exist tho

I never said it was lame, I just didn’t understand what the destiny’s bounty was supposed to be

It’s a Legacy set from last year, seems to be referencing the dragon in 2507 Fire Temple from 2011.

love how the use raptor legs. Not even the other dino legs that are normal but, the raptor legs with the large claw.