Why Did It Take So Long For Wonder Woman To Get A Movie?

A lot of people see Batman, Superman, and Wonder Woman as the DC triumvirate. Three popular superheroes that have endured for years and, whenever DC does a crossover, the three of them are almost always at the head of things.

Over the years, Batman and Superman have gotten lots of movie iterations. Batman has gotten ten movies, and Superman has gotten seven (eleven and eight, if you count Justice League). But Wonder Woman? Not so much. She was first introduced in 1941, but she didn’t get a live-action, big-budget movie until 2017. Granted, said movie was well received and made a lot of money at the box-office, but still. The movie’s sequel wasn’t anywhere near as much of a success, but that’s besides the point.

So…why didn’t Wonder Woman get a movie for so long? According to Wikipedia, people were trying to get a Wonder Woman movie off the ground in the 1990s, but what about before that? Superman: The Movie came out in 1978, and Adam West’s Batman movie was released in 1966. So…what was the hitch with Wonder Woman?

Don’t you know by now? The movie industry hates women.

Hmm… A bit of a chicken or egg scenario here. I feel like Batman and Pooper-Scooperman are more of household names; while people are familiar with WW, she isn’t as ubiquitous as the other two. Case in point, I have an assortment of random comics, a handful of B and a bunch of S, no W. But is she not as well known because we never see her, or do we never see her because she isn’t as well known? 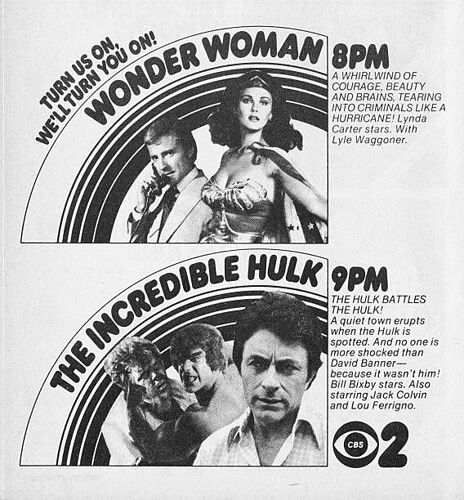 According to this, Wonder Woman was supposed to be before the Hulk

I think the main issue here is demographic.

Who cares about Batman and Superman? young boys, the same audience who buys costumes, comics, and action figures. The audience for Wonder Woman is people who like Doctor Domino (the only person in this camp is me), young girls who try to care about superheroes when there are better avenues open, and the people who wrote “turn us on, we’ll turn you on!” on that tv listing flier Traykar posted.

Such a pathetic market in comparison. The tv show was a hit (for hopefully better reasons than the advertising) but I suspect most directors/producers considered the prospect of a movie at the time to be less printing money and more box office bomb. Plus, film critics at the time were much more vicious and valued by the public than they are now - anyone with a solid standing gives your film the thumbs down, you’re sunk.

I know my mom was a fan of the Lynda Carter series (which is what I assume you’re referring to) as a kid. I actually saw DVD box sets of the series at my local Wal-Mart last fall and thought about getting them, but I never got around to it.

Of course, then we got Captain Marvel, which, while a fun movie and WAY better than all the other superheroine movies I mentioned, fell short of greatness. Similarly, I’ve been reading some of the pre-screening reviews for Black Widow, and some people seem really mixed on it.

Plus, like I mentioned in my opening post, Wonder Woman 1984 disappointed a lot of fans of the original. Many people observed that the director, Patty Jenkins, had been given a lot of guidelines to follow in the first movie, but since that movie was such a success, the studio executives put more trust in her and let her do whatever she wanted for the sequel, with less-than-great results.

Gee, why does that sound so familiar… 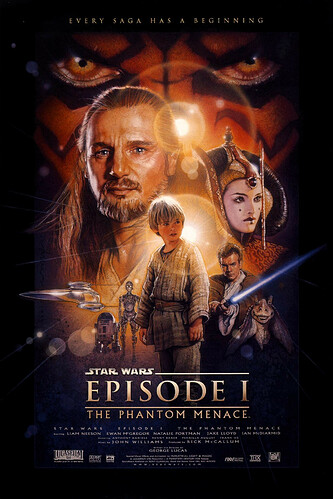 So…why didn’t Wonder Woman get a movie for so long?

Because … she just didn’t.

I’m not a Wonder Woman fan myself, so I might be wrong here, but I have the general impression that WW’s character/personality hasn’t been as constant in the comics over the years as many other heroes. That would likely make her harder to sell to general audiences.

It was a great comedy,