“You say my show is illegal ay? I think my little friend here would disagree! 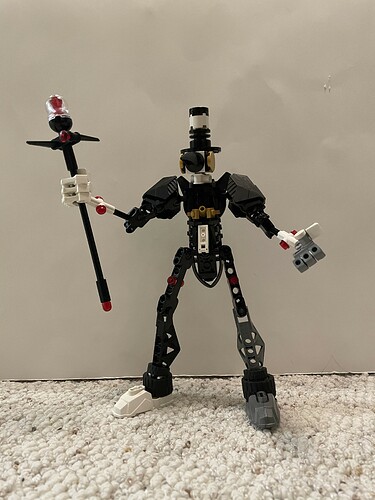 Subject 7781, aka “Witch Doctor”, was apprehended for the inhumane treatment of and illegal experimentation on animals, especially insects. Subject 7781 is responsible for the creations of subjects 7782, 7783, 7784, 7785 and many others that escaped arrest. 7781 ran what he called the “Zoo Unaturalus” where he kept and showed off his mutated beasts. 7781 used corrupted Quaza to mutate and control the beasts. When apprehended, he released the beasts on hero factory enforcement units in an attempt to escape capture, however 7781 was eventually taken in to custody. 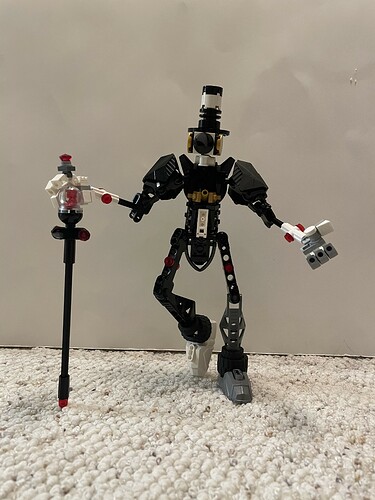 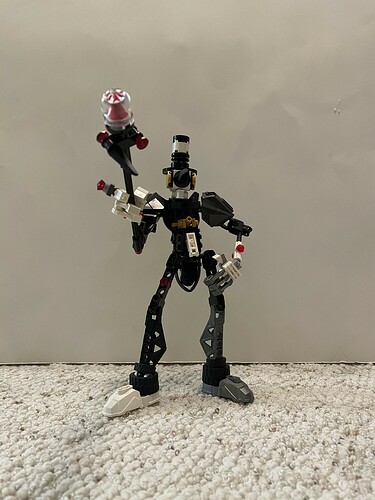 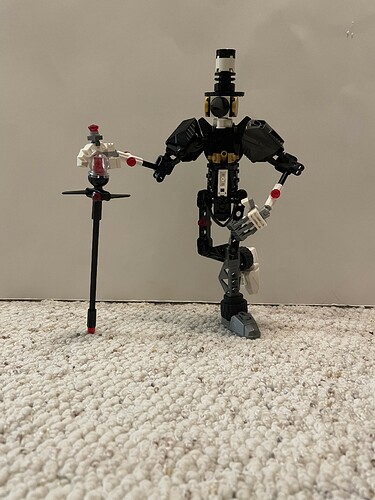 Abilities: subject 7781 wields a cane filled with corrupted Quaza. The Quaza is contained in a prismatic sphere, which allows 7781 to channel the power of the Quaza in directed beams. The cane also has a pair of spinning blades that can be deadly at close range. Subject 7781 also has Corrupted Quaza embedded in certain parts of their body, and we believe this is how they controlled the beasts. 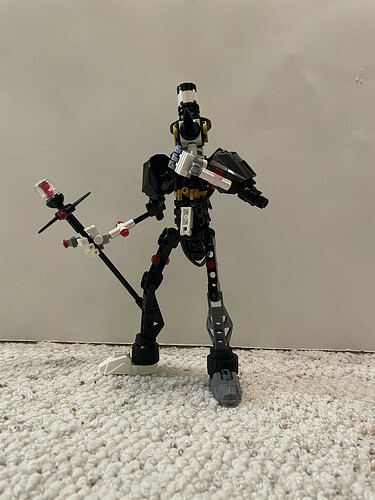 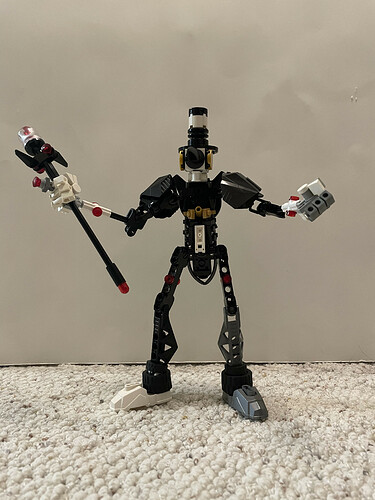 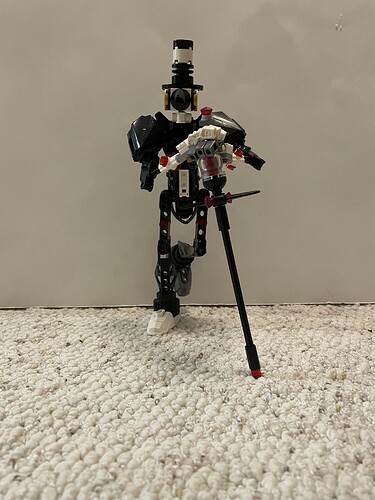 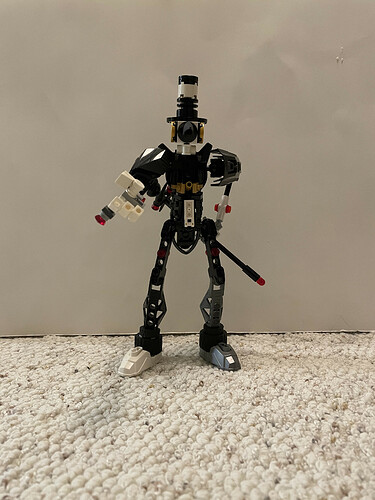 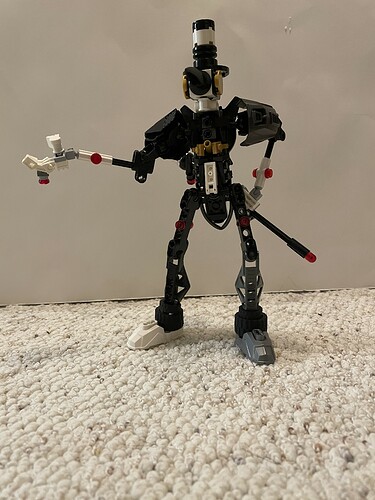 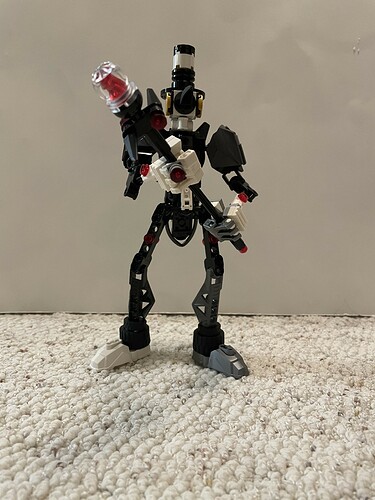 This is my reimagined version of the Witch Doctor villain from hero factory, based on the 16th century witch Doctors and with some inspiration from early showman. Comments and criticisms appreciated, see ya later!

Did you make… witch doctor… A plague doctor?

It’s certainly a fun build, but I see very little resemblance to the original character

Nothing about this build resembles the original set, but this is still a really fun build. I like how you made that staff.

but I see very little resemblance to the original character

Nothing about this build resembles the original set

That’s exactly it though, it’s not supposed to look like the original set. That’s why it’s a reimagining of Witch Doctor.

Did you make… witch doctor… A plague doctor

This man gets it.

Also, thank y’all for the praise! I thought it was a fun idea.

I get that it’s a Reimagining of the character, but hardly possesses any Witch Doctor characteristics besides the name and holding a staff. You could’ve easily named this moc anything else and would’ve gotten the same effect when it comes to the appreciation of the build. I’m assuming from the ring on the finger that you took inspiration from Dylan Mievis’s Von Nebula build, which, while still a heavy departure from the original set, made an effort to include things like the mask, and the top of the black hole staff, if just to pay homage to the original character. As it stands, nothing about your build really links itself to the original, possessing as much a resemblance to Witch Doctor as it does Krika or Pridak.

I did take some inspiration from that Von nebula moc, this is true (although I will admit the ring was kind of a last minute idea). Also, I was going to try to use the mask, however when I started building, it kind of just came together by itself if you know what I mean and I just couldn’t find a place for it. And finally, I had the idea to make a “plague doctor” style moc before I decided to make it a Witch Doctor relimagining, so all of your points are actually very valid. I just decided it would be fun to turn it into a reimagining of Witch Doctor (however I did decide this BEFORE I built it, but still).

Edit: also, I thought of a really cool alternate Witch Doctor story, so that’s another reason I decided to make it a reimagining of him