If you’re new to this series, fear not. I shall guide you. Basically, I start a story, and what you do is write the next part. Then somebody else writes something else and so on. Anybody could pretty much write Anything they want. Anyways, without further ado, let us begin the final chapter in this epic Saga:
(Also, @Toa_Radrix , @Toa_Vladin, @meepinater, @Tuaro, @Jakanader and @meepinater, because you guys are the regulars

It was the final battle to end all final battles. Two opposing forces were competing for the ultimate Macguffin: The Mask of Vithinite Power. It was a fusion of the Vithinity Gauntlet and The Mask of Ultimate Power. Many groups and beings have sought after this very rare and powerful artifact, but it has never managed to stay in the same hands for long…

Anyways, this was the final stand between the two opposing sides. In the first group, there were The Prime Evils:
Barren Blade, Bad Guy, a group of gypsies, Lime Green monsters, a Fikou Spider, a guild of Monk Assasins, A dark hunter, Sportacus, and Bratax, the Dark Lord.

Then, there were The Allies of Light:
Jake, Clara, Furno’s Dad, The McToa Mahri, Spider-Greg, The Sense of Right Alliance, Phil Swift, Robbie Rotten, Solek, and the ultimate Hero: Good Guy.

The two opposing armies Locked eyes, waiting for someone to Make a move…

The tension was high, good guy was focused on his old ennemy, bad guy, they were looking each other during a bit of time. Then, bad guy broke the silence, screaming
“FOR THE MASK !”
The two opposing forces began to run in the fight that will end the war…

“TONIGHT, WE DINE IN KARZAHNI!” Good Guy roared as his army charged towards the enemy. 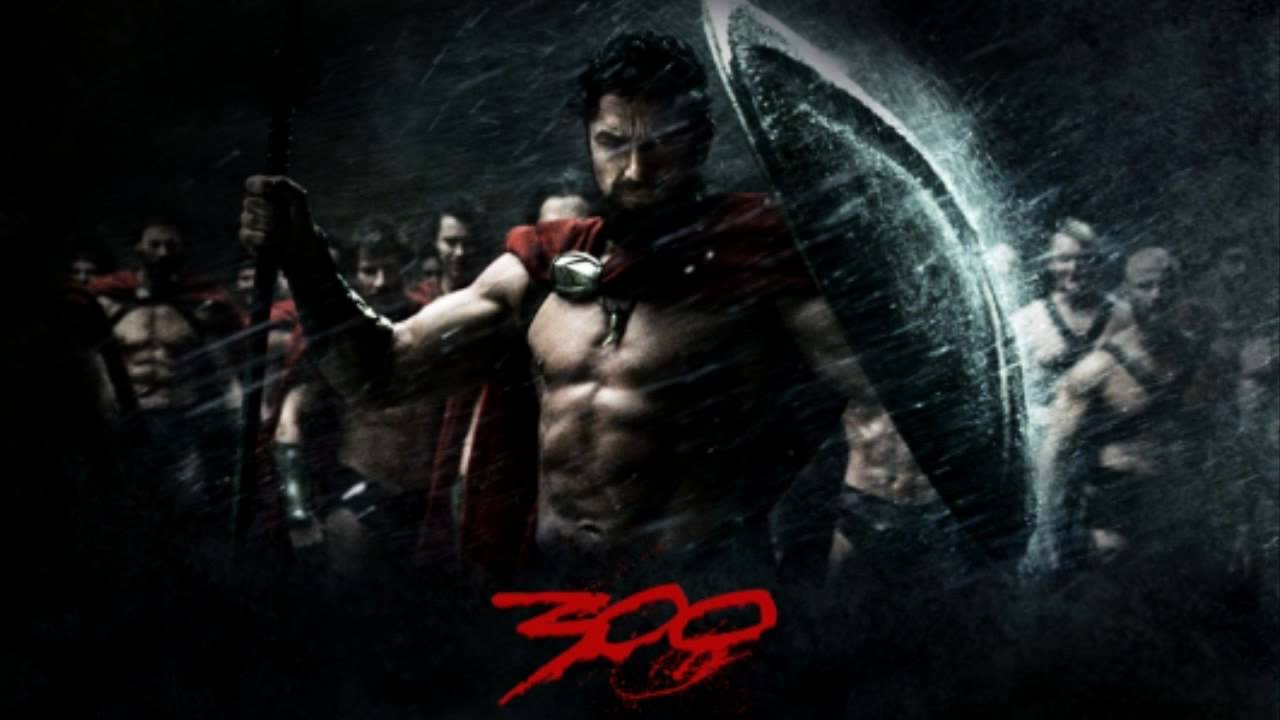 “Your looking… good.” Bad guy then realized that his pun was actually a compliment and became angry due to his own stupidity. Good guy replied, “Well your looking… bad.” Now Bad guy was infuriated because of the insult and the fact Good guy stole his joke. Bad guy raised his weapons.

-Which were dual bananas, one held in each hand. Good guy charged at Bad Guy, stabbing his spear at him…

Spider-Greg, meanwhile, was having troubles of his own. He fiercely battled his arch rival, the Lime-Green Goblin, who believed that love was canon! How evil!

“This is bad!” Said Bad Guy
“Don’t worry!” said Duracell Bad Guy, the two bad guys formed together with sludge into a being with two skull heads, a being that could not even be a filler villain in any LEGO Unlicensed theme, a being from Mesonak’s wildest dreams, The Skull Lord, he one punched Spider-Greg and Good Guy, The Lime-Green came towards The Skull Lord but The Skull-Lord amassed his Skull army, including Kulta, The Witch Doctor and many more lame 2015 Bionicle, Castle 2007 and 2011 Ninjago Villains, it was over for any civillians…

LoSS emerged from the ground, half-dead. His battered body held only three spindly legs, and so he asked around for some replacements.

But before LOSS could get them two men stepped out of the ashes, Christian Faber and Allistair Swinnerton, they kneeled down and a woman flew out of the clouds, it was Cathy Hapka, she raised Greg like that Baboon guy does to Simba in the Lion King

The Sense of Right Alliance struggled with Sportacus. “How could you betray us, brother?! You were our leader once!” Shrek boomed to Sportacus.

Everyone was shocked to find out that Sportacus was a Nazi!
Then the anti-rasist police came and arrested Sportacus for supporting Hitler.

Robbie Rotten chuckled. “I knew was a dictator!” 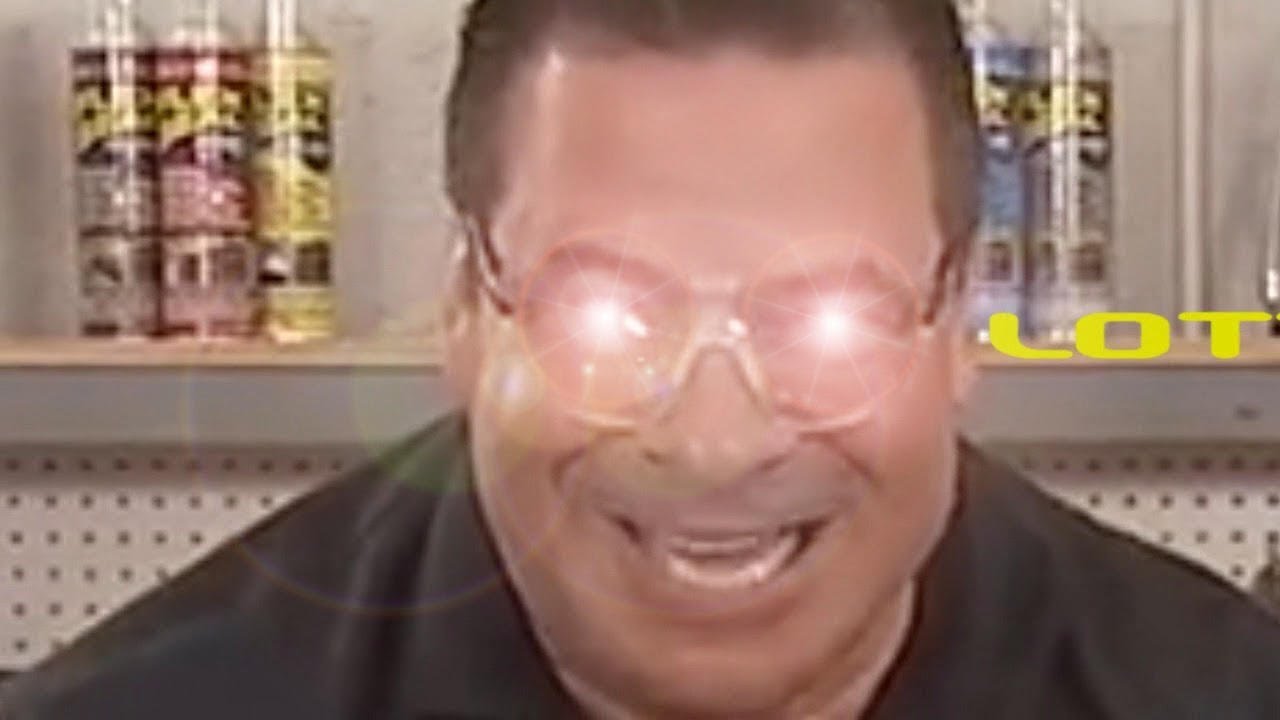 Bratax was cut into two parts, legs and his torso. He used his arms to drag his upper half away from Phil while his legs ran away as fast as they could. Unfortunately for him, his legs didn’t have eyes thus they just bumped into everything.

Spider-Greg, Christian Fabre, Allistair Swinnerton and Cathy Hapka held hands and formed into Shaggy, his powers were so great that everyone immediately stopped fighting, except one, THANOS!! He ran up to Shaggy, it was the final battle 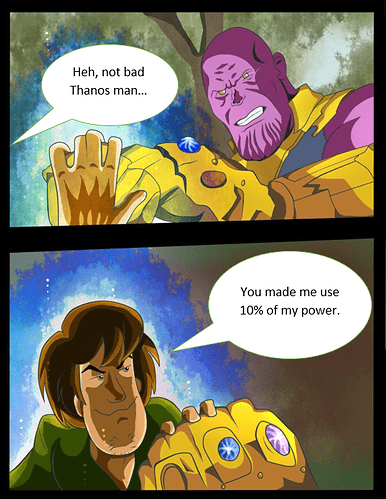 This is basically what happens now https://www.youtube.com/watch?v=JQYX6Llac38

during that time, good guy noticed his all time ennemy was next to a pit, the tentation was too hard, he said “THIS IS BAD !” and pushed bad guy in.

Bad Guy screamed as he fell into the pit.

Spider Greg, meanwhile, rolled over on his back, feeling incredibly weak. “I-i don’t know what’s happening!” He said as he watched his fingers begin to dissolve into dust.