Your Personal Favorite MoCs That You've Made

This topic is for saying what is you favorite MoC that you’ve made. Please state why, and provide an image or link to a topic.

For me, my two personal favorite MoCs are:

I just… love this. I spent so much time, over the course of months, perfecting it. I made my own custom torso, I tried to integrate some CCBS, and it turned out… far better than I was expecting.

These hold a special place on my proverbial shelf of achievements. A lot of times when I MoC, I just pour out the pieces and go at it. For these, though, I had a specific idea in mind, and I really executed what was in my mind’s eye.

Well, how about y’all?

Personally I’m a big fan of my helryx and tahu mocs. Alone they are pretty basic but they look cool together. Why? Well, they are my favorite mocs I have now, however, I have a couple mocs in progress that I will probably like better.

A lot of my MOCs are, for the most part, decent. However my favorite would have to be my self MOC, Toa Stoax, reasons being his overall look is fairly consistent as is his color scheme. Not to mention there are certain aesthetic choices that go well with his elemental control over stone. 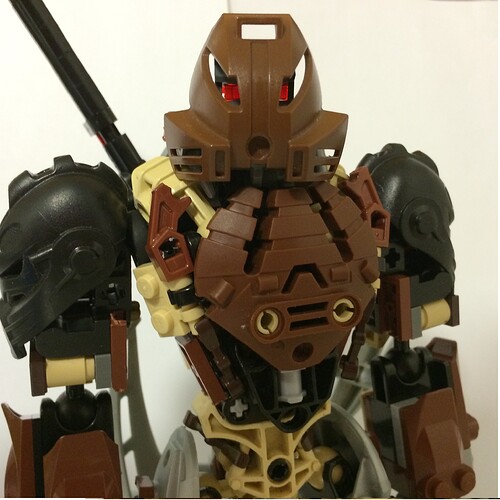 Trench coat ftw. For some reason, he reminds me of Sundowner from MGR:R with it on 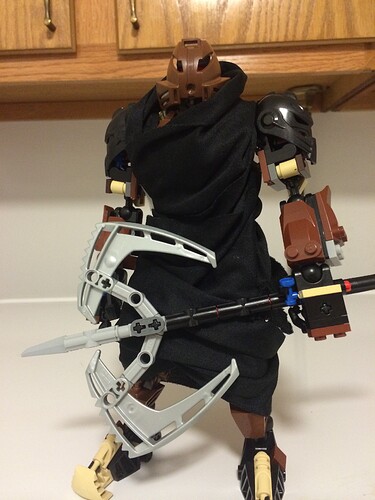 I personally love my MOC Casem and “The thing” 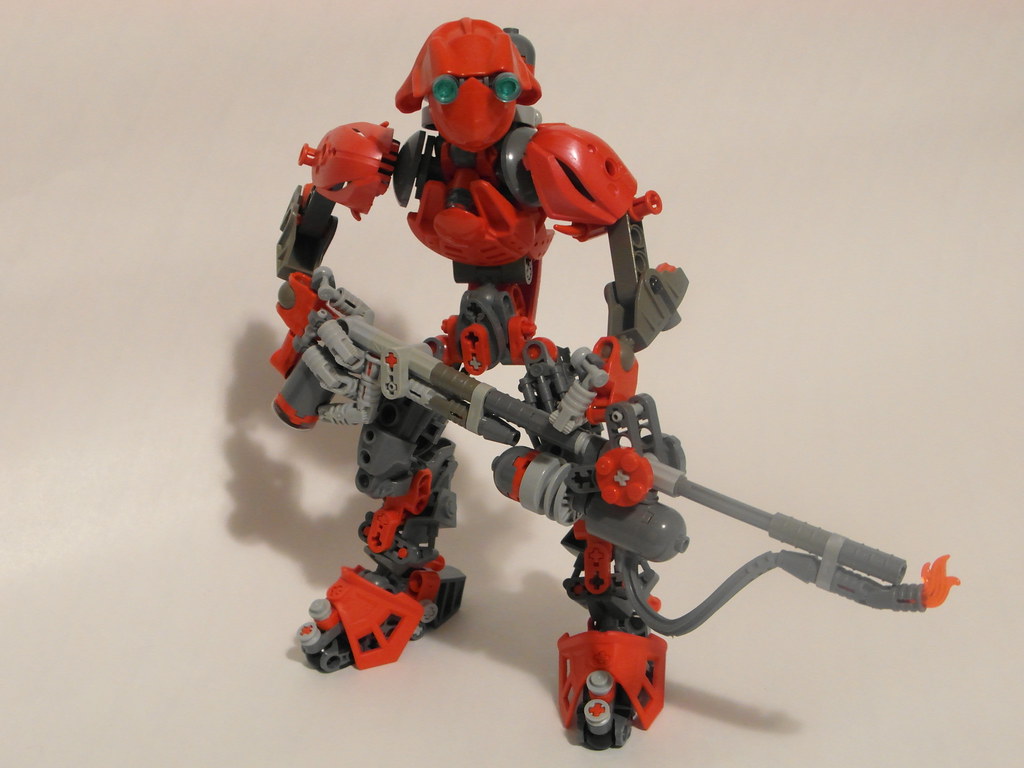 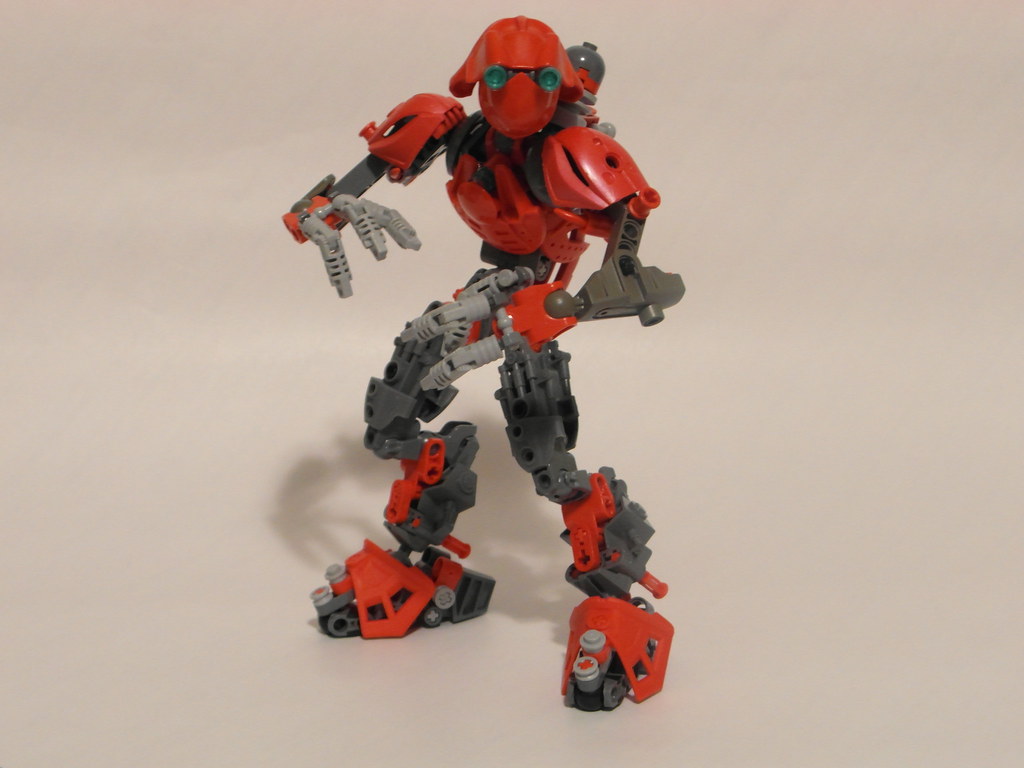 and they are probably tied in how much I love them.

My beloved Kraazyk, my entry to the BFTGM. He really encapsulates all that I’d been slowly working on over the years for a standard humanoid figure. He has extra articulation in his back and shoulders, his color scheme is likely the most consistent of all my builds, he has a cool sword which was a new thing for me to try building, and he has a trans neon green Miru I won from a Makutafest (not sure which one

) which is an awesome mask dispite what some would try to imply.

Ah, perhaps the most epic of all my builds, the life sized Compsognathus. He is honestly amazing imo. He is the second largest thing I’ve ever built, but he far surpasses the largest thing I’ve built in every other way. He is quite stable if you stand him with the support of his tail, but it’s not impossible to stand him just on his own two legs. His color scheme was a tax on my modest collection of parts, but I managed to make it flow at least decently well I hope. What I’m most proud of, however, is his function. Not only can he poen and close his mouth with the pull of a lever, but he still retains some head movement! He isn’t done imo yet tho, so he may very well be even more awesome later on

probably Karu, though he is my only self moc 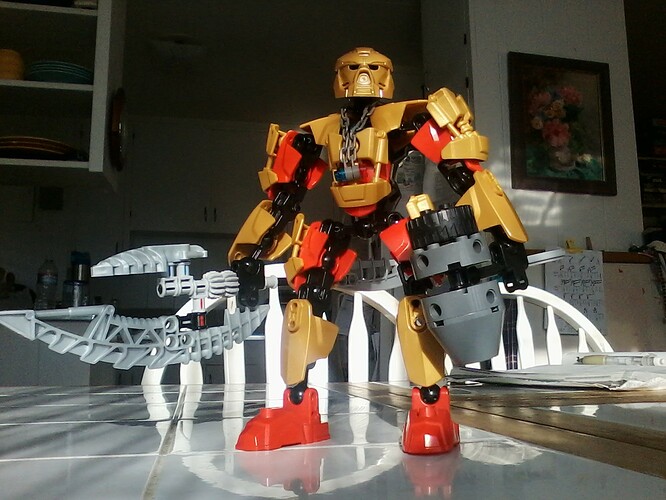 It would have to be my first, Ultrio 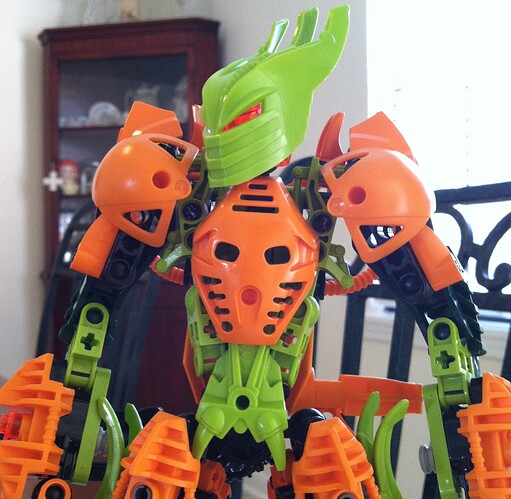 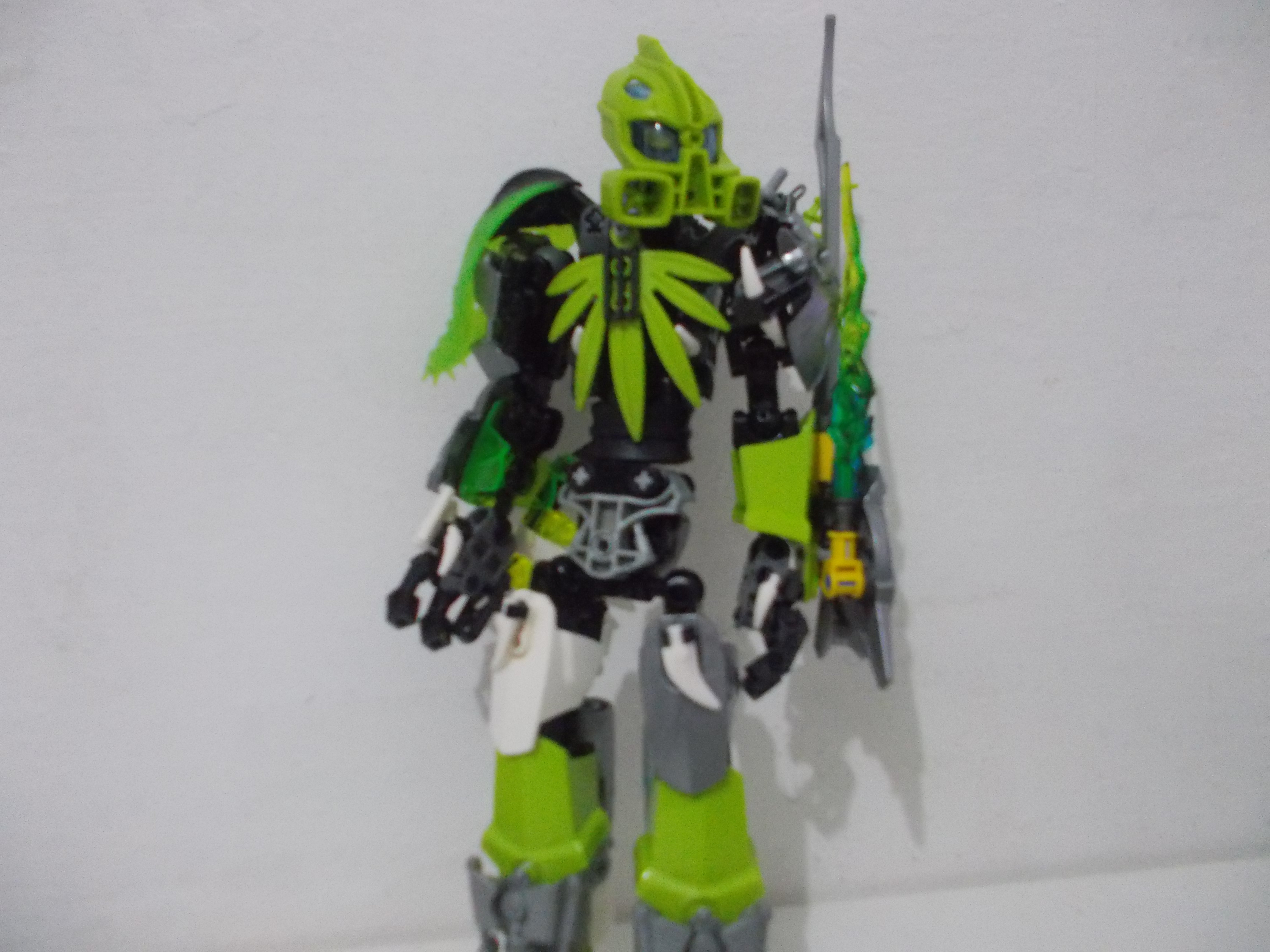 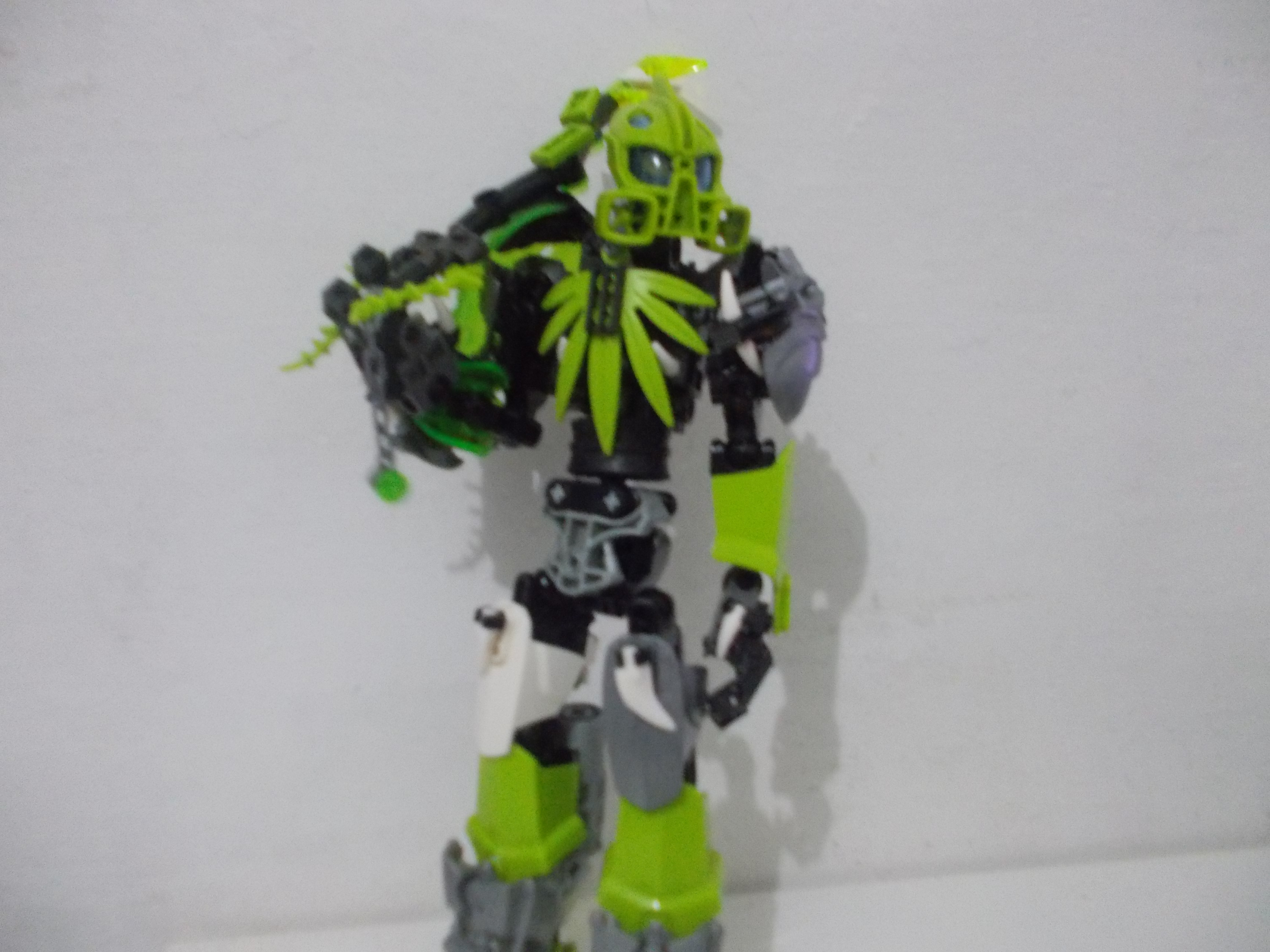 I consider this moc to be my best so far, and my favourite

Probably Dieres because she looks least like random bits slapped together 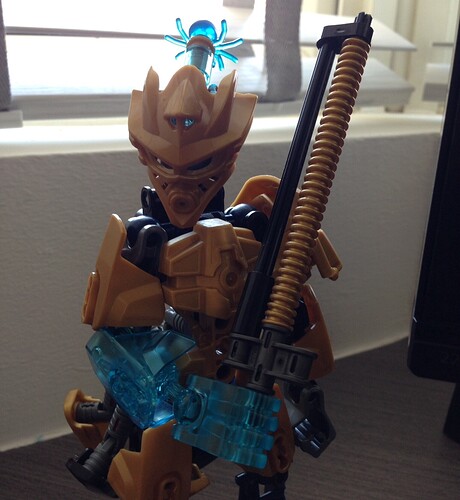 I generally end up disliking most of my own MOCs in retrospect… but out of recent MOCs alone, shadow Chro was alright, at least in the WIP phase before I messed it up, and Niarr was actually fun to build (though he wouldn’t really count as recent since he was built last July)…

My favourite MOC would have to be Tysion. 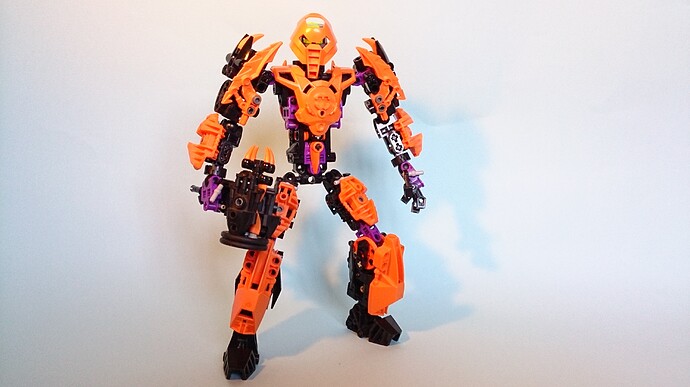 Tysion01.JPG3920×2204 1.64 MB
One of the reasons he’s my favourite is because of the unique colour scheme, which I also think is balanced well on the MOC. He also turned out pretty much exactly as I imagined.

I honestly don’t know… I will be back.

Personally, my favorite is the MOC I made for the Battle for the gold mask contest. 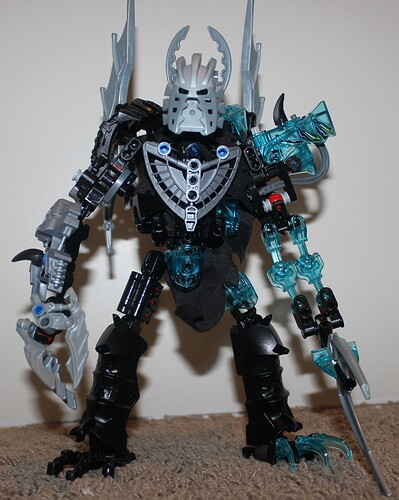 My favorite MOCs that I’ve built are Keravnos, who has an outdated picture on these forums, and Diavolos, which will be posted eventually, as he is Keravnos’ counterpart.

Well, i only have like 12 mocs, they all suck, so i dont have a favorite.

I really shouldn’t be, but I’m quite proud of Vuhii.

It’s easily the most complicated and biggest MOC I’ve ever made. Meant to reflect how stupid tall I am irl.

And I don’t know what it is about the eyepiece, but I love it.

I personally like my Hegemon Katana Starfighter (Don’t expect to know what that is I based it off a fightercraft in the book I’m attempting to write). I might put a photo of it in later on.

My favorite moc I made is this Turaga Takanuva MOC. My reasoning is because it was my first and so far only time using technic in a MOC, and I think it turned out well.

For best quality of build?

Best representation of a character concept?

MOC of mine with the biggest legacy in my style?

He’s got various weapons and such as well, and a guitar:

…which I think is awesome. I’m still working on putting a toa team together, and he’ll be a part of it, but for now he stands alone.

2: Mistral. My first MOC since getting back into it last summer. She’s so simple that she could have been a Glatorian canister set, which is kind of what I was going for.

She’s got a whole backstory as well, but I haven’t written much of it down yet. I do have a nice drawing of her though.

Unfortunately, I don’t have much time between classes and other things I do to make more…