You mean to tell me we don’t have a yugioh topic yet?!?

I haven’t seen the anime in years, but I am a Kaiba fan all the way.

didn’t they make a guy named ‘Kaibaman’ based off of Kaiba?

Yep. He is a card, but he also was embodied during one of the story-arcs. 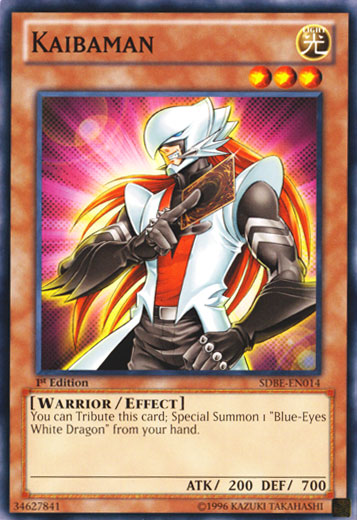 Card of the year every year

I usually play either Blue-Eyes, Red-Eyes, Spell Counter, Dragunity, or my own deckstyle that I invented myself.

I have a meh deck and get my show feed via YuGiOh Abridged, so I’m kind of a fringe fan.

I love YuGiOh 5ds
Hence why(back when I was in to Yugioh) I primarily played a Synchro Deck.

My brother and I used to play a lot because he was a huge fan, and I liked everything he liked (because I was only five). He had an insanely powerful dragon deck, and I only beat him once (a year ago after three years of not playing). I’ve had two decks. When I was younger, I had an zombie deck, and then, when I was eight or nine, I had a VWXYZ deck: 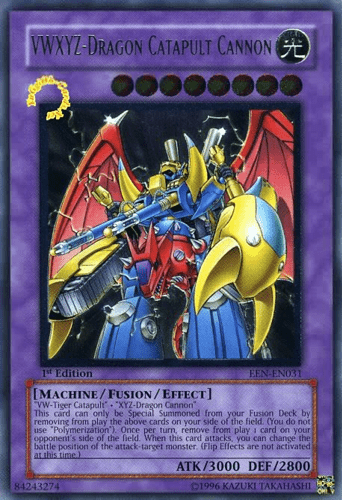 Pasted image459×670 648 KB
This one. I believe a character on Yugioh GX had the same deck.
@Risebell 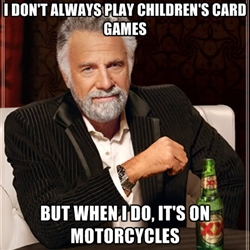 Like the first series and some of the second, dont care much for the third and anything after that sucks.

So I was just on amazon buying some cards. I found Meteor Dragon, Meteor B. Dragon, and Petit Dragon…but I was at $1.79 which was driving me nuts. So I went to look for another card. I found the greatest card in existence. It is an Elemental Hero card called “Elemental Hero The Shining.”

Also: Meteor B. Dragon = Best card in the game son.

Also that Petit Dragon I mentioned is a brand new first edition from Legend of The Blue Eyes… Yeah, not all old school cards are valuable.

Wow it is luck that I just saw this…Anyways for those of you who are not up to speed on the card game, they have three new types of monsters out the XYZ (Xceed), the Syncro, and the newest form, Pendulums 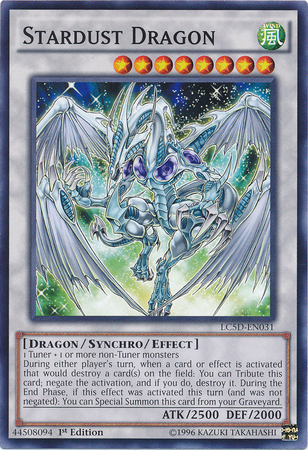 This is the first extra deck monster made without using polymerization, instead it uses certain monsters called tuners to start out, they are usually level one or level two monsters like this one 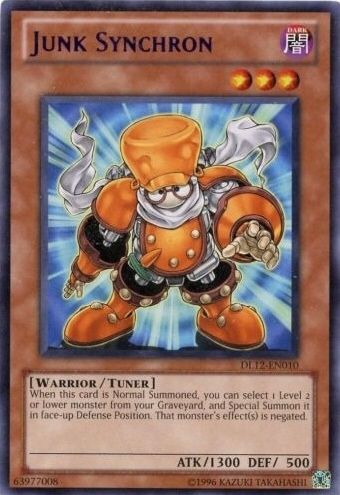 This tuner monster is used along with any regular monster to combine their levels and summon a syncro monster of that level, like the "startdust dragon can be made using "junk syncron and one Level five monster. 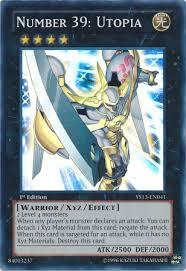 These are the next evolution in summoning,they are stored in the extra deck along with your fusions and Syncro monsters. these don’t require a certain monster to summon them, this particular monster only requires two level four monsters to summon to the field, but those two monsters don’t go to the graveyard yet. Instead they are overlayed under the monster as overlay units, by detaching one overlay unit and sending it to the graveyard, you can use that XYZ monsters effect. 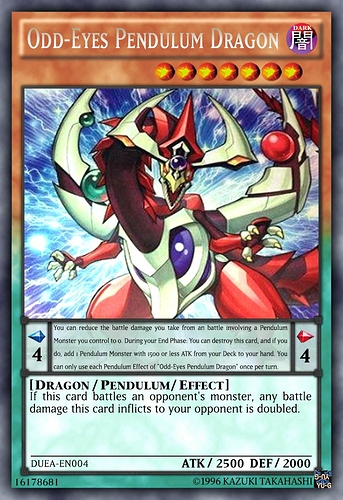 These are the newest way to summon monsters to the field as well as the first real addition to the main deck, they are a fusion of a spell and monster card. Nearly every pendulum monster has two effects and a number scale. One for a monster effect, and the other for a Pendulum effect. If these cards are treated as monsters and are destroyed by battle, they don’t go to the graveyard, instead, they go face-up in your extra deck to be pendulum summoned later. with this new card type a new card zone has been added to the field called pendulum zones, with these you can summon monsters from your hand as well as your extra deck if you have any in there, these monsters can be summoned normally as monsters but once they are they can’t be used as a spell. If a pendulum monster treated as a spell and it is destroyed, it is sent to the extra deck face up to be used as a monster later, when a pendulum zone is being used by a pendulum monster you can’t replace it with another monster, the monster you want to replace has to be destroyed first, once a pendulum summon is made you can’t use your spells for the rest of the turn though, and vice versa, so plan accordingly to that new rule.

The number scale is used by the pendulum zones to tell you what range of monsters from your hand you can summon. Lets say the high part of the scale is 8, and the low part is 2. You will be able to pendulum summon monsters ranging from level 7 to level 3, afterwards you can summon syncro monsters, XYZ monsters, fusion monsters, and ritual monsters, this new card is compatible with all other previous formats, it is a wonderful and powerful addtion to yugioh and the card game.

A little bit ago I did a journal on DA about the new card types (here it is if you guys want to read it: http://fav.me/d8mgmyf)

This is what I think of each type of new card:

Synchro: Simply amazing cards. They are balanced, look cool, and can be very good.

I have to admit, Synchro are pretty cool. My favorite Blue Eyes card is a Synchro (Azure-eyes Silver Dragon). Also Stardust and Red archfiend’s evolution’s are the coolest things ever.

Xyz: Okay, these are a little over powered considering that they have the easiest summoning requirements and some can be put in ANY deck. But I still love these cards. Xyz are my favorite out of the current new card types.

Pendulum: THESE CARDS ARE OVER POWERED! But not that overpowered. And I still think they are a great edition to the card game.

I mean come on, if all your Pendulums get destroyed, you’re pretty much done with them unless you have a card to get them out of the extra deck.

Honestly, I don’t have much to say towards the Pendulums. But I will say that Odd-Eyes Pendulum Dragon and Dragon Horn Hunter are my favorites.

So remember when I said I ordered these cards? I ordered 2 more of each. I want to make a deck that has these cards in it.

From original 1996 anime where Shadi made him into a mindless puppet,

That looks utterly ridiculous. It wouldn’t be so bad if the mouth was in the right area on the face.

It’s both ridiculous and terrifying. Yami plays “shadow games” and whoever loses gets punished,dies,goes insane, etc… I totally suggest you watch it. Also, Yugi’s Deck Collection is out

Don’t worry, I know about Season Zero. I have read about it in the past.