Yes, the parts i need arrived. It took 60 days.
So I finished my zaria. 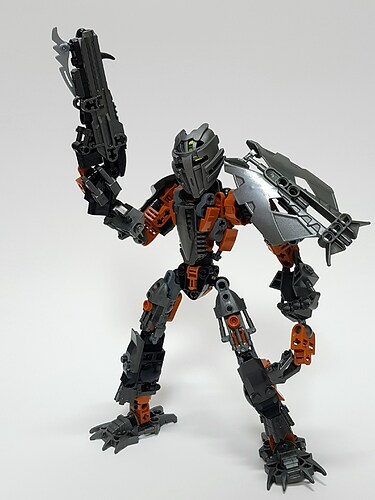 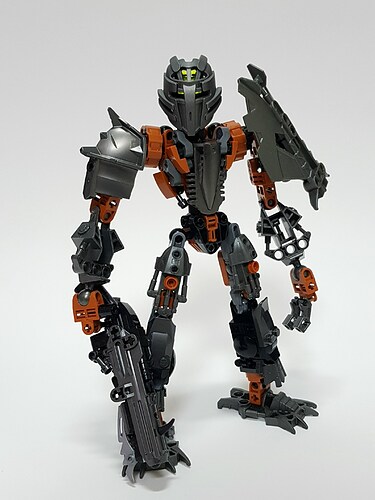 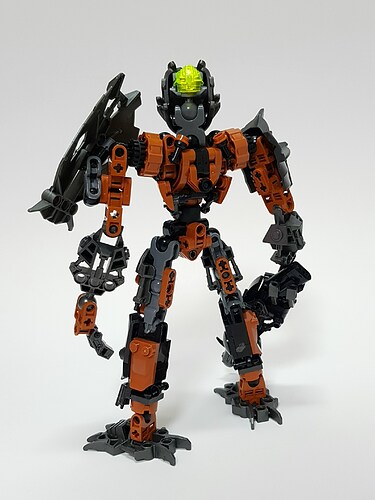 The design was basically intended to be on the Inika scale.
In my headcanon… I thought that TYDQ’s Toa each have a similar body to Mata, Metru, Inika.

kanohi, I used this. I didn’t consider that ability and just chose to fit the design well. I’m satisfied. 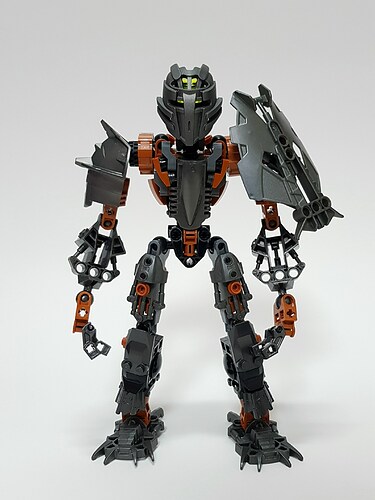 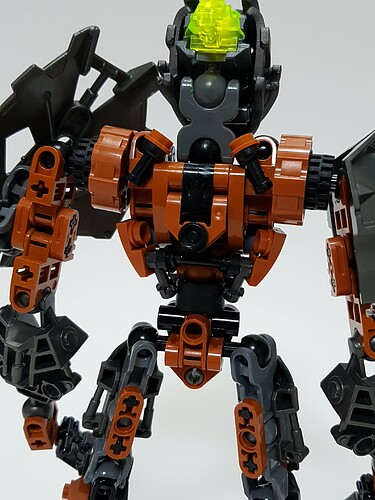 In particular, the dark orange, which expresses rusty iron, looks like he’s not taking care of himself. 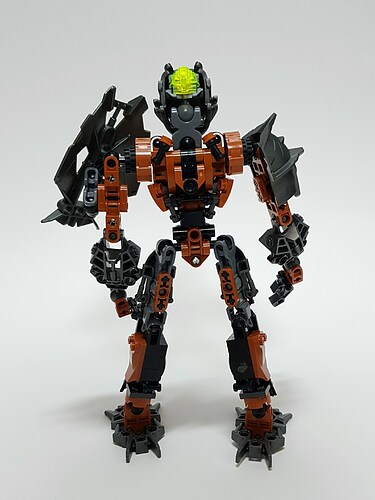 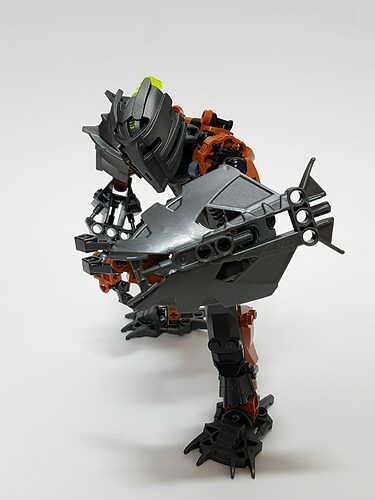 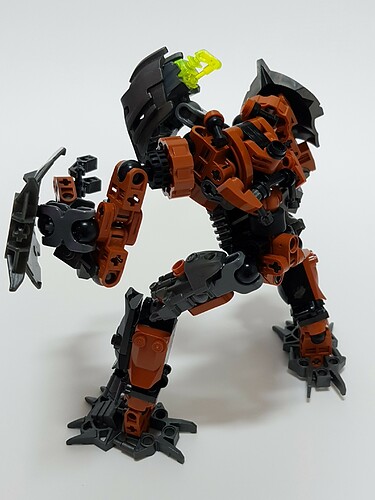 As for his tool, I made something a little bold 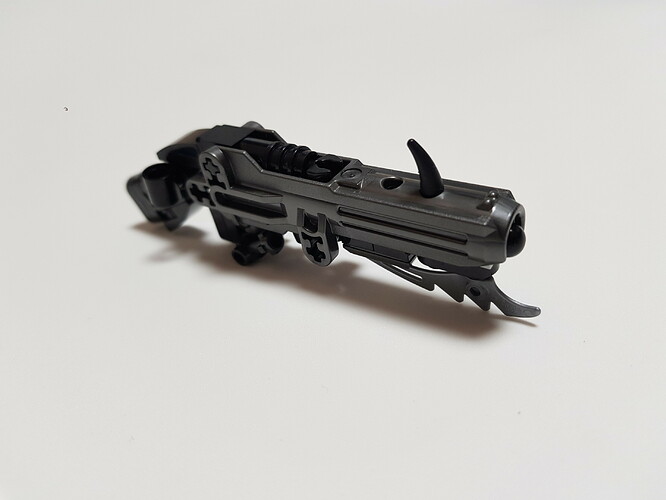 To name it, Iron Blaster. 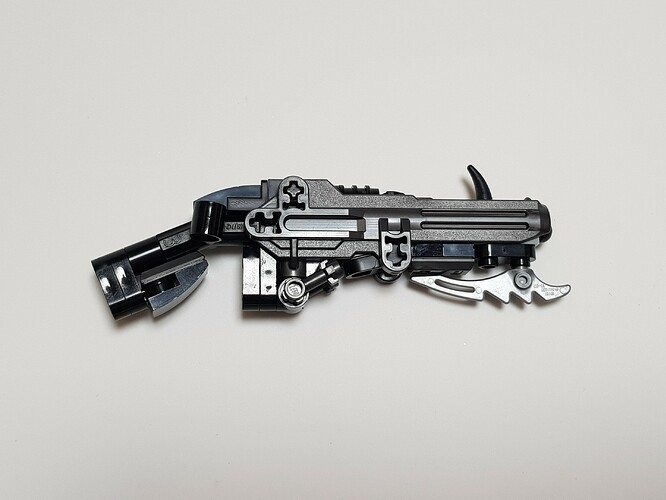 Because it looks more like a weapon than a tool, matorans who saw this might have exaggerated the bad rumors on zaria. 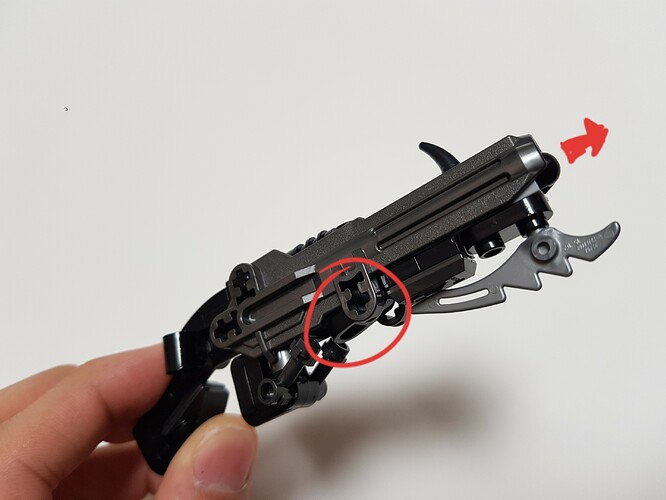 When the trigger is pressed, ammo fired. 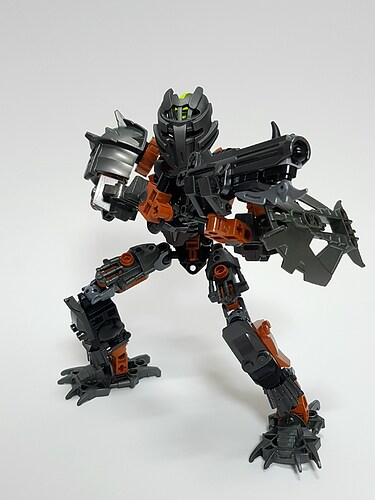 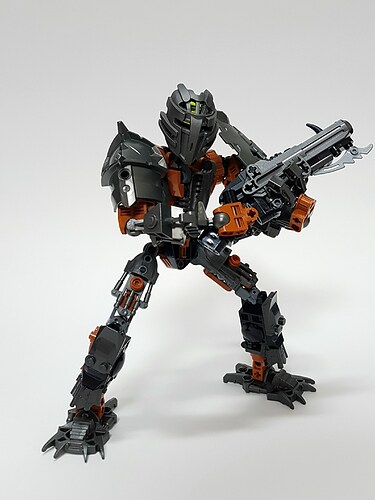 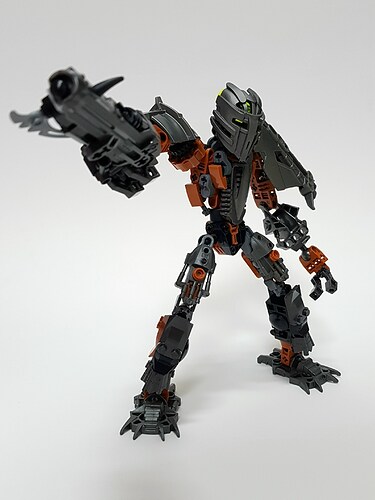 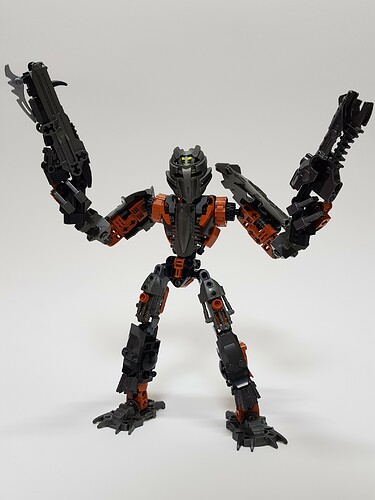 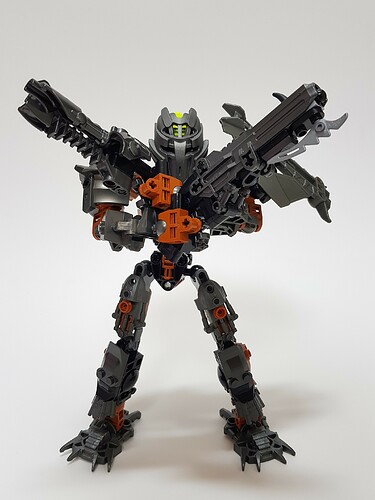 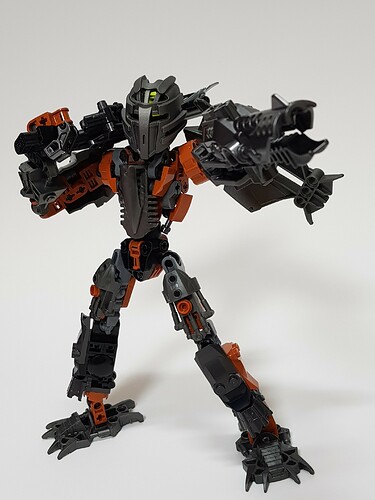 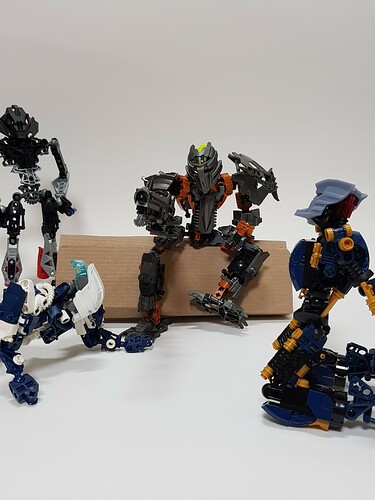 This one has my vote. everything on this is great. he looks like Mistika Onua but better.

It looks like you have been very inspired by Bukkeys Orde. I like torso, that shoulder shield and Iron Blaster. Hands look bad tho

i would definitely vote for this, great job

One of the best Zarias I’ve seen without a doubt. Excellent work here!

Now that I think about it, it makes sense to me for Zaria’s primary weapon to be some kind of blaster.

His Elemental power would allow him to make basically any melee weapon he wanted on-demand, so there’s no reason (in my mind) for him to prefer one over any other. Blasters, on the other hand, would be harder, if not impossible, for him to conjure out of thin air, so carrying one permanently would fill that gap.

If there’s ever a Zaria contest you should definitely enter this. It looks really good, and even though the gun is a bit out of place for a Toa, it looks great.

I want to this becomes to canon!

At least now, this is one of my favorites of Zaria’s entry!

Toa of Iron with working guns? Don’t care who wins the contest now, this Zaria is perfect to me. Great choice of mask too.

Of all the Zaria’s I’ve seen, this one tops them all by an insane margin.

The construction just has this really appealing look to it, and I actually really dig the Inika-build proportions.

If there’s a contest, this has my vote. Hands down.

With thumbs, he is winning the canon contest.

Takua has been hit in the head enough, don’t you think.

I love the Iron Blaster design.

Very nice, the colors are fantastic. I quite like the choice of shoulder armor for both shoulders, too.

Yeah, he looks like the man with no name or some other kinda lone cowboy with his guns. I like that sorta vibe for him, nice job!

Edit: actually, the Onua Shield’s placement on his shoulder reminds me of how the Man With No Name would drape his poncho over one shoulder. Was that intentional?

You’d have may vote if you entered this! I love the shaping of the torso and the masks have a very armoured look to it so it fits in nicely with the rest of the moc, great job!