“Although they were allowed to live in the Matoran universe, they had no role to play, no place to call home, and no reason for being. Over time, they grew bitter and hostile and became a danger to all who lived.”
— Makuta Teridax, Makuta’s Guide to the Universe

There have been rumors of large creatures on the outskirts of Mata Nui, in the southern archipelagos of Le-Wahi and eastern islands of Ga-Wahi. A few mysterious disappearances over the years have made the matoran wary of straying too far from their respective Koros. Some Le matoran have reported seeing large tracks in the jungle, left by apparently bipedal creatures. Large swaths of the underbrush have been cleared out along with the tracks, with a lingering scent like rotting fish. Matoran on night watch have heard eerie calls and the sound of scraping metal coming from deep in the forest. The Turaga are aware of these disturbing events and have set a curfew for their matoran. These sightings have been very inconsistent over the years, but with the arrival of the Toa and their activity across the island, these events have increased. The Toa have been informed but the Turaga urge them to be very cautious. Based on the evidence the inhabitants of Mata Nui may be dealing with an enemy that has plagued the Matoran for millennia, an enemy strong enough to outmatch and even kill Toa. The Turaga fear it may be the Zyglak. 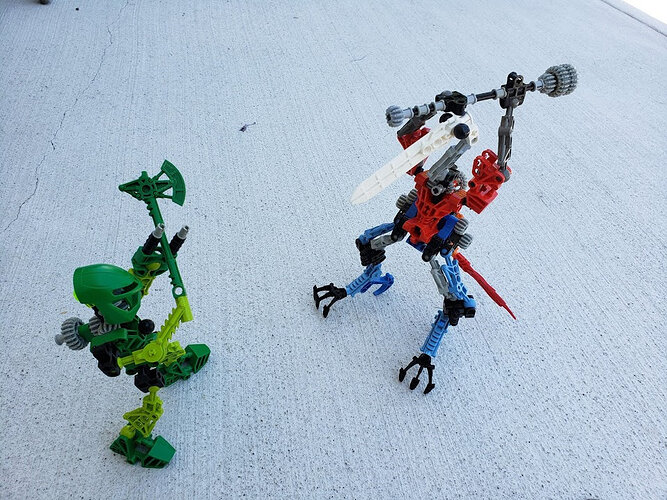 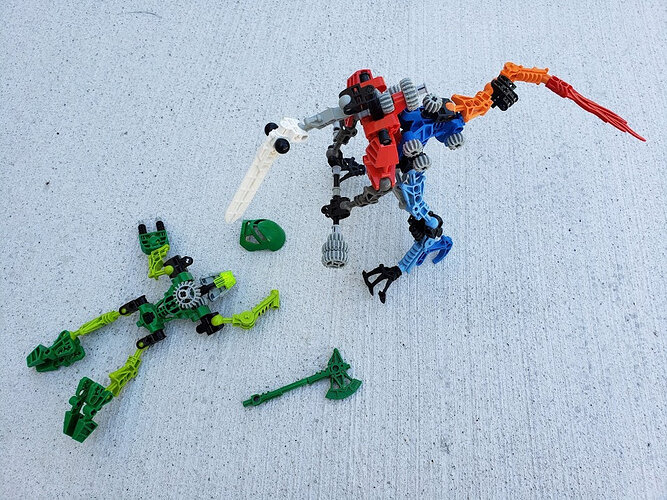 This is my first post on this site. This is a Zyglak combiner I made using parts from Tahu, Gali, Kopaka, and Onua. I was originally trying to see what kind of Toa Kaita I could make, but the color scheme fit too well to not try and make the Zyglak. 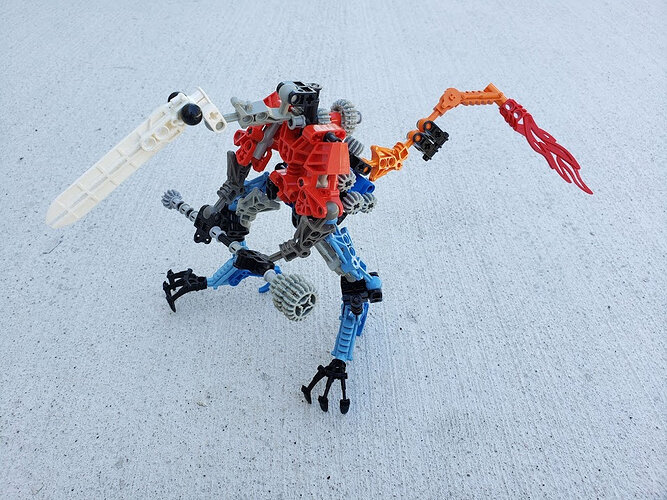 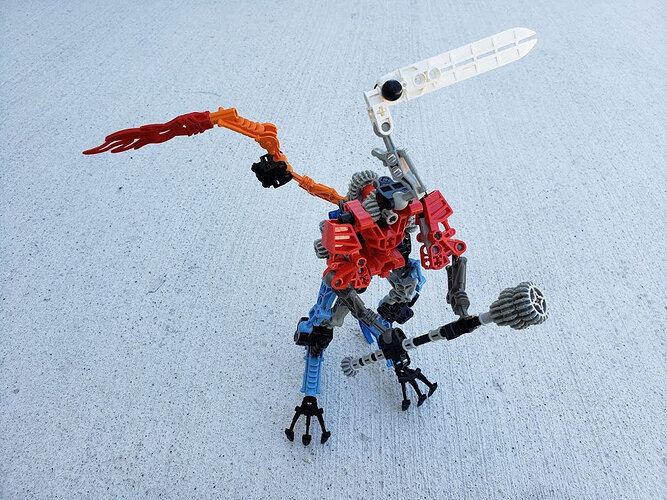 The moc has a similar posture to the original, with a hunched over body and bird like neck. It can stand up straight or take a more dinosaur like stance. The face is a bit goofy from the front with its big googly eyes. His weapon is a club and the gear function allows him to raise both arms above his head. 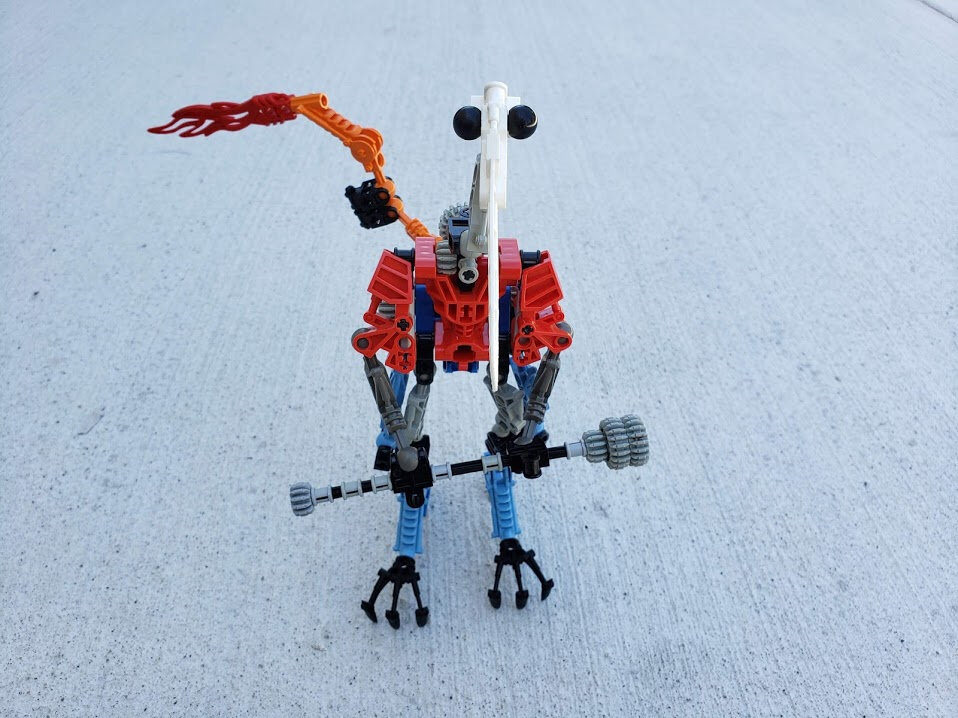 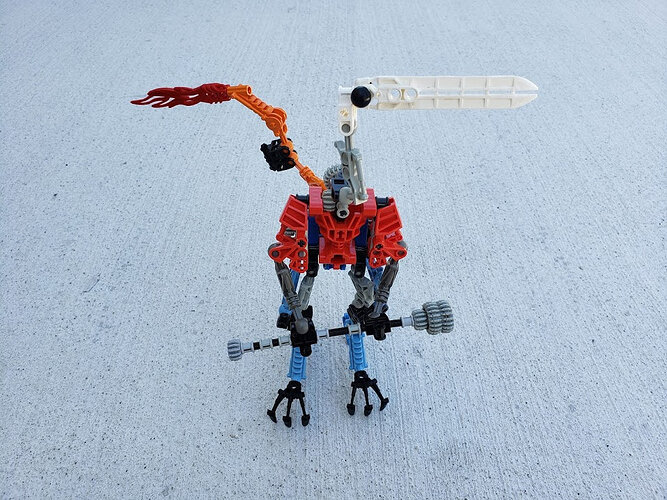 Awesome job. You could still tell it was a zyglak. Or maybe so that it were a different breed from what we already know. As well, with this version is wielding a staff, which the Zyglak carried for their disintegration powers.

Amazing usage of toa mata joints, I all ways find it interesting what people can make out of part from 2001

Very good recreation, impressed the it actually resembles a zyglak.

Those googly eyes remind me of various psychotic birds. So i guess it kinda fits the theme.

Thanks for the responses. Also here’s a breakdown of how I built it in case anyone wanted to see that. 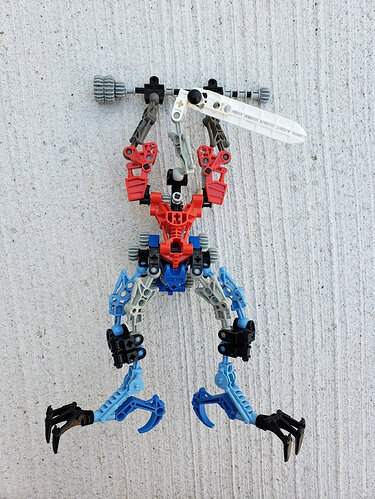 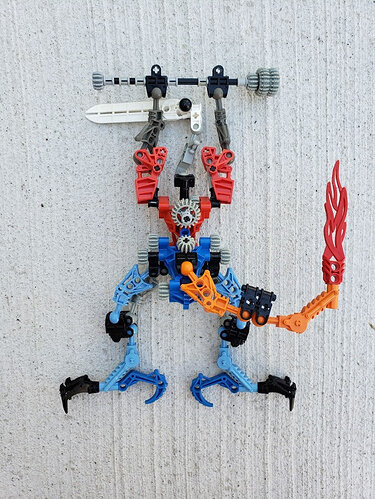 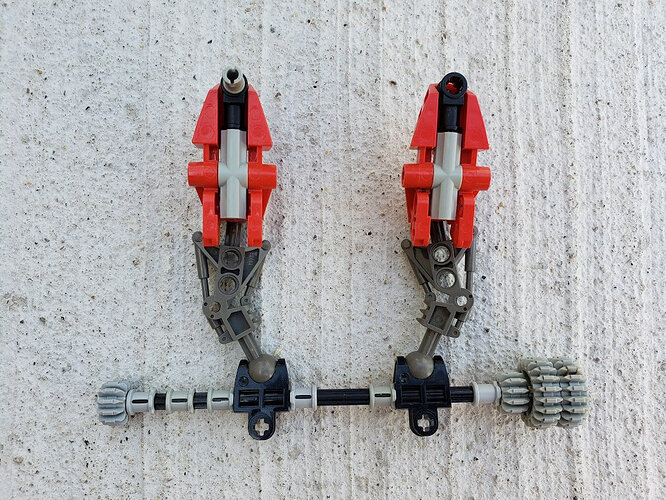 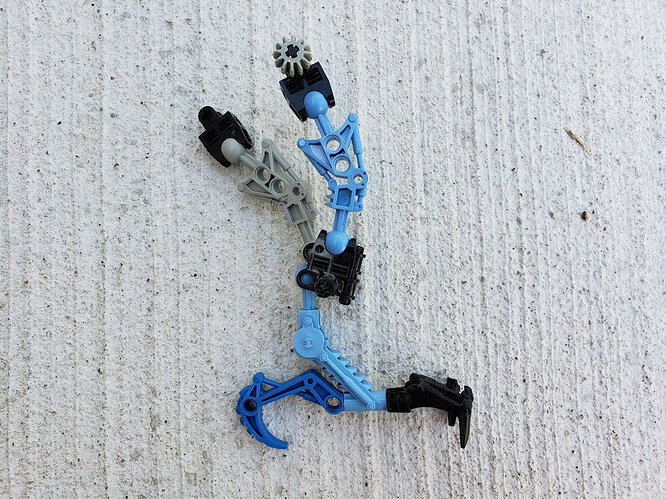 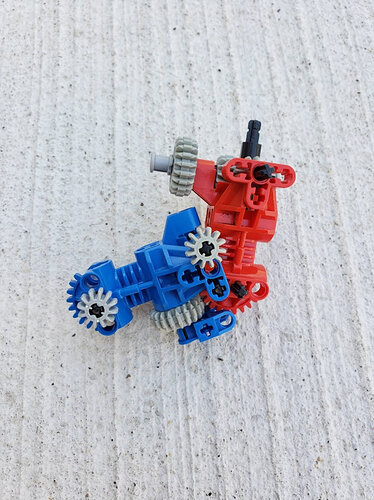 Some of the technic parts are color swapped from what they should be, but overall it uses the same parts from the toa mata.

Dude this is an absolutely rad idea, great stuff.