Continuing the discussion from The Beatles:

Yeah, there were loads of amazing artists in the 60s. I really enjoy Love, the Zombies, the Byrds, the Doors, and Cream.

I didn’t want to derail that topic too much, so I decided to make this topic! Discuss any and all 60’s-realted things here, be it music, movies, books, or something else!

I’ll go ahead and list off a bunch of my favorite 60s bands not already mentioned: The Temptations, Tommy James and the Shondelles, the Monkees, Frankie Valli and the Four Seasons, King Crimson, the Animals, Chicago, Blood Sweat & Tears, The Association, The Righteous Brothers, The Moody Blues, Procul Harum, Jefferson Airplane, The 5th Dimension, the Supremes, the Mamas and the Papas, Jan and Dean, Gary Lewis and the Playboys…ok, I’ll stop unless people want me to keep going. XD

Some sixties movies are great, like Ben-Hur and film adaptions of Singin’ in the Rain and Bye Bye Birdie.

The 60’s was an interesting time for movies. There were the great Charlton Heston classics like Soylent Green, Planet of the Apes, and

Along with 2001: A Space Odyssey, and many others.

TV was another matter. We had shows like the Twilight Zone and the Outer Limits, along with Star Trek and Batman. 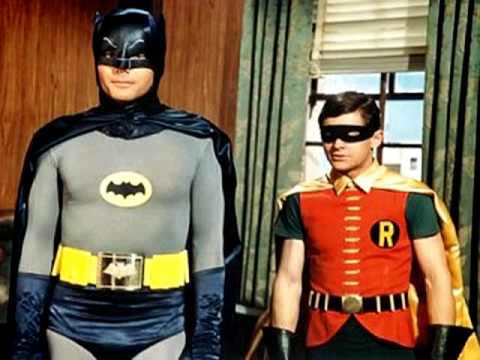 The Andy Griffith Show is one of my favorite shows of all time. Not sure if it counts as pop culture, but…

only the darkest and edgiest of batmans

Singin’ in the Rain

Though there were plenty of other classic Heston movies, such as El Cid, Khartoum, and The Agony and the Ecstasy.

Some other 60’s movies I like are The Magnificent Seven, West Side Story, the Music Man, the Manchurian Candidate, the Great Escape, the Bond movies, Doctor Zhivago, and the Good, the Bad and the Ugly.

Not sure if it counts as pop culture,

It was one of the most popular tv shows of its day. Why wouldn’t it count?

I need to watch more of the Twilight Zone and Outer Limits, though.

It’s literally 5 days from it being officially in the sixties.

I was being a bit pedantic on that one.

I dunno if it qualified as pop culture at the time, but Doctor Who came out in '64.

It did qualify in Britain. Daleks were a huge phenomenon there in the 60’s. The were even two non-canon Doctor Who movies made that featured them.

Yes, I realize my mistake

And then this happened:
https://www.youtube.com/watch?v=3rzDXNQxjHs&list=PLFuZtgE8fvXxFSk3-fwR7XtxqfayxHylj&index=4

Classical music still had a voice in the 60’s, and weirdly, even though our parents (or at least my parents, I’m a teenager with parents who grew up in the 60’s and 70’s, deal with it) grew up in an era where they hated the government and there were so many problems in the world, they turned out pretty well. Doctor Who came out in England in the 1960’s, which my dad watched when he visited the UK. Very interesting time period, probably the most tension filled, with the Cuban missile crisis almost leading to nuclear war and Vietnam probably being the most controversial war the United States has been in to date.

Yeah, it’s interesting seeing just how much the politics of the time influenced the culture.

the small alley I stayed in