My newest MOC to date. It’s been particularly well received on Flickr so I thought I should see how it fares on here!

You will remember my previous Anubis: King of Judgment topic lurking around here somewhere, so why don’t you take a look as well?! 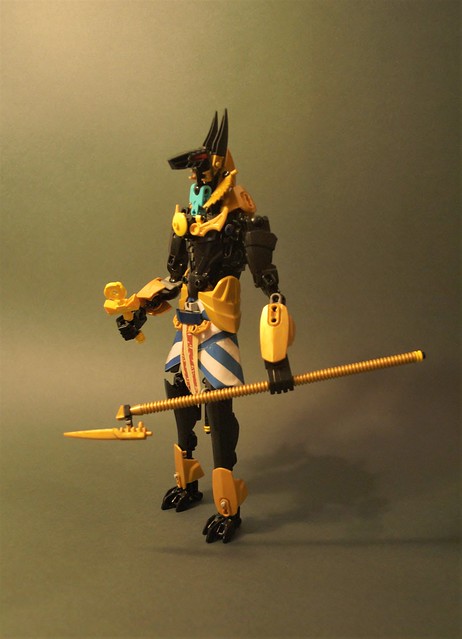 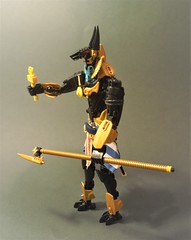 I chose to try and make it as faithful to its general appearance as possible, and consequently it propagates a lot of the general aesthetics of several different renditions of the Ancient Deity.

So that’s everything. Let me know what you think! Also, let me know which rendition you prefer!

The arms feel, idk, off? Too long and the elbows are kinda broken looking.

Don’t get me wrong though, this is really good, everything else looks great.

I realize the arms aren’t the greatest looking but it’s the most parts-efficient way I could make them look muscular. Thanks for your input anyway!

…did I start a trend?

Anyway, jokes aside it looks alright. Arms are really wonky and the lower legs are questionable…but aside from that and the yellow bits I really have very few complaints overall. A pretty accurate representation of my favorite Egyptian god.

Well, those few complaints and that he has no jaw. And the jaw design for that is really easy to make.

Really really solid, the colour distribution is on point and this is the best anubis head Ive seen on a moc yet. The cloth part is used to great effect, and the photography is very professional. Its just a shame that the concept has been done many times, but that said, i think this is the best representation

Your comments on the arms made me realize there was a very simple way to fix them. And if you look at the second pic, you’ll see they’re far less awkward now. Thanks for your comments which led me straight to the water!

Don’t think I really led to that discovery at all, but you’re welcome!

A very nice interpretation of the god. I like how the torso is designed and the way the Vahki head is integrated.

What a phenomenal recreation of an egyptian god! it’s great!
My only complaint, like @Payinku, is the arms being a tad off, but it’s a great MOC.

You should look at Ven’s Moc Spotlight when he review another Anubis Moc, made by Alieraah (hope I wrote the name correct).

I like the design and concept a lot, it’s been executed very well. The only gripe I have is the staff looks a bit underdeveloped to me.

I quite love this MOC, captures how Anubis is portrayed very well. The torso looks wonderfully constructed, and the use of gold is nicely balanced. The cloth pieces are perfect additions.
The teal hand joint at the neck is probably my only criticism, but other than that. beautiful MOC.