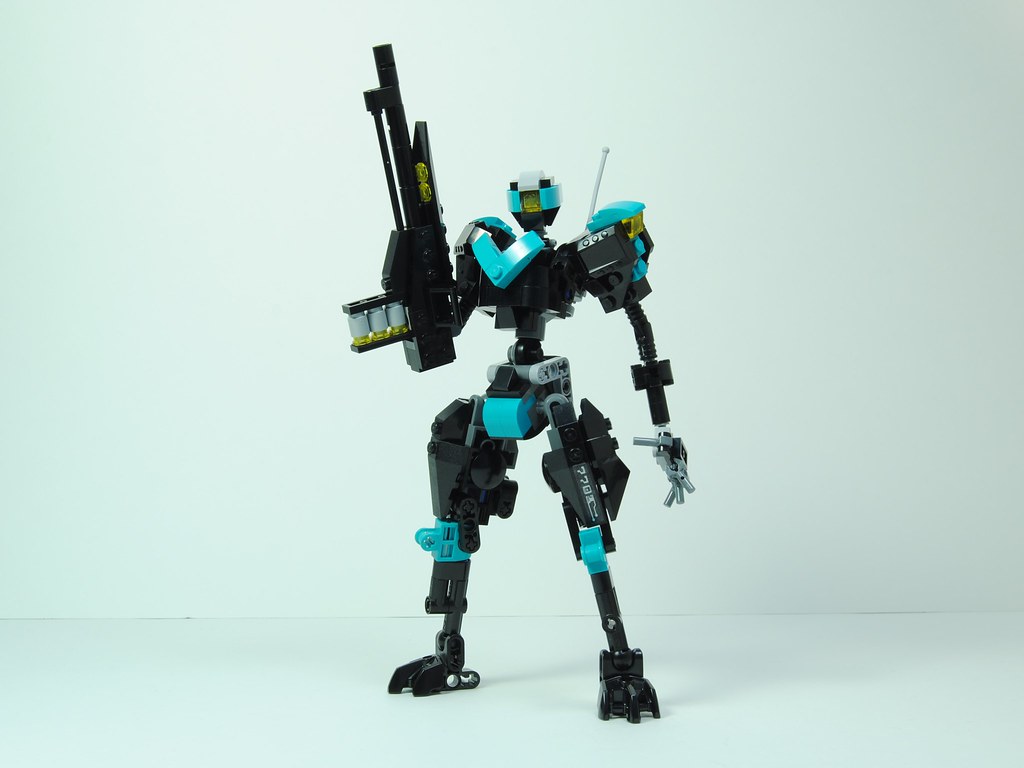 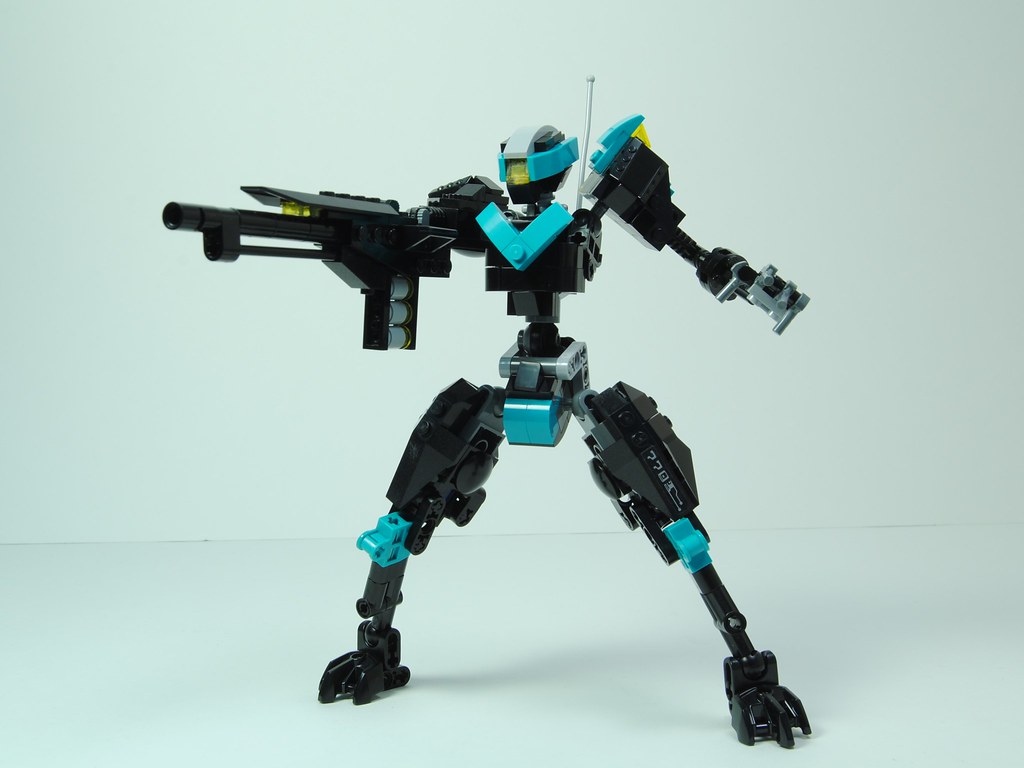 Omen’s rifle uses Phase-Tech bullets to pierce all obstacles between Omen and its target. Omen is often paired with close range automatons such as Diceros Bolide since it isn’t suited for melee combat.

This one’s frame is a smaller scale version of the Vanguard frame I’ve been using for the last few builds. Omen is pretty small, so it can pose and balance fairly well.

The clip Omen’s rifle can be removed, too, so that’s neat. 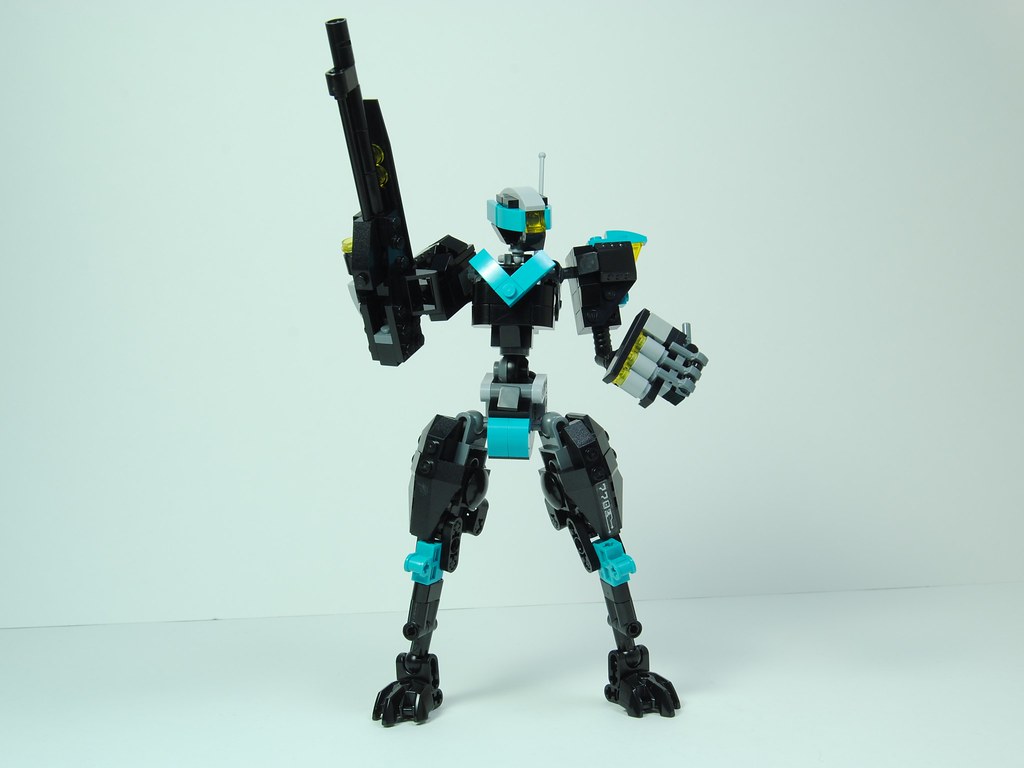 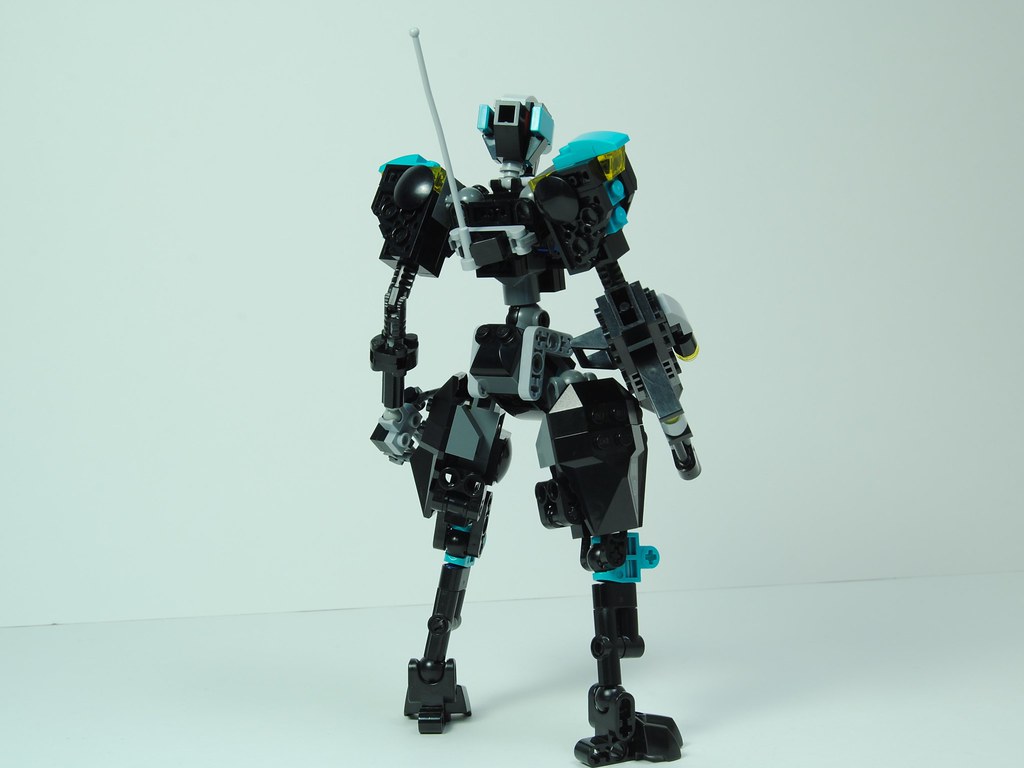 Like the others, Aquila Omen is named after an animal genus (Eagle).

That’s all for today! Full album is here. MSEP out!

Nice use of the turquoise color!