Is this RP dead or would there have been a sign that it was other than the sign ups being relatively dry to indicate that? Just asking because I’ve just been dying to use these characters somewhere. Anywhere. And this place fits with their adventurous natures.

The RP is very much active. We just haven’t received any new characters in a while. If you want to sign up some characters, please feel free to do so.

Powers/Abilities(optional) Water Manipulation, Protection from incoming attacks so long as she has knowledge of it (Kanohi Hau), Manipulation of other liquids that aren’t too basic but aren’t incredibly acidic, staying only 1 or 2 spaces away on the PH scale from water. 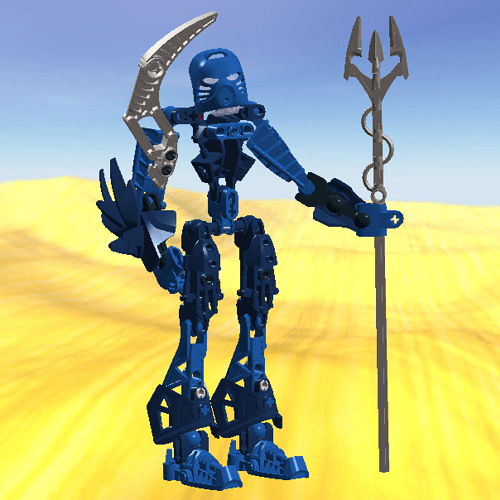 Personality/Bio: Toa Maki was the leader of the Toa Okio, guardians of the island of Okoh Nui and former Matoran. She and the team disbanded on the grounds that the island was at peace, however, they would rejoin as soon as there was a new threat on the island. She is reckless, often getting her team into life-or-death situations IN THE MIDDLE of their life-or-death conflicts with the Makuta creatures that had been pulling the strings of their governing bodies. She is carefree, often going on long boat-rides just to take her minds off things. She is usually accompanied by her close companion Jarka, the Toa of Stone. They were the founders of the team. Lastly, Maki is quick-witted and knows how to get out of the trouble she causes.

but wait. there’s more. I’m making Jarka next, as they are good companions who never leave eachother’s side.

I’d suggest changing this to Toa, as it makes things slightly less confusing.

Weapon(s): a Circular Saw used as a shield, and a double bladed dagger. 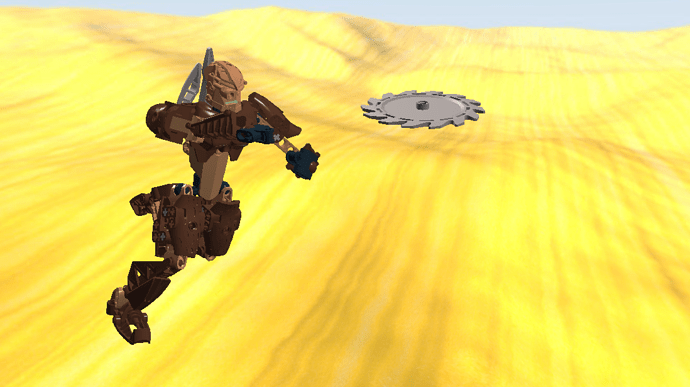 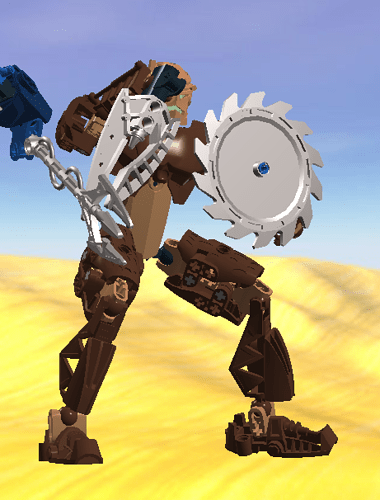 Personality/Bio: Jarka, was 2nd in command leading the Toa Okio, and was a once a Po Matoran. He was more tactical, and was able to keep Maki’s self-destructive nature in check. The problem was; Jarka just kinda hates people. Maki’s one of his very few, if not his only friend. He barely respects the Toa Team that he leads, as most if them are just doing it because they were forced to because, well, they were the only ones that could. Maki helped him see what a fool he was and helped him and their team defeat the Makuta. More on his personality, Jarka is smart, selfless, and brave; You know, the best traits to have in a Toa. It’s just held down by his incredible apathy for the world around him.

Name: Makuta Therak
Gender: male
Abilities: Typical makuta powers: Though doesn’t use alot of them for moral reasons. wears a mask that combines the powers of almost all known masks, those exclude are one-of-a-kind masks, nuva masks and legendary masks. 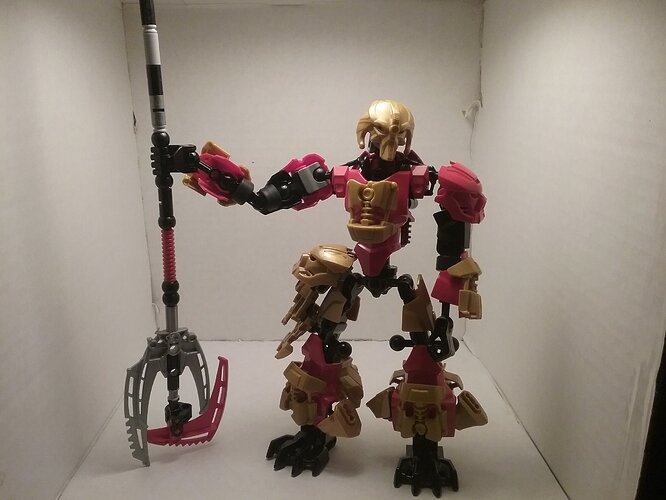 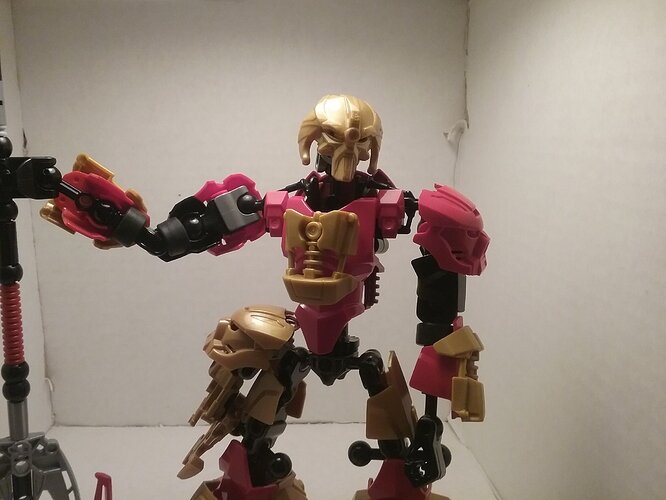 bio: He is the makuta of the island of Otouro in the souther island chains.

As an alternate to the above.

Ablities: Typical Toa of ice powers, Plus all other elements (to be explained below), Akaukau

Equipment: Axe, small rifle, Element gauntlets, which is a pair of armoured gloves, which gives the user control over every know toa element, but can only control 2 at time (1 per glove) and must be focused through the gloves. It also has claws. 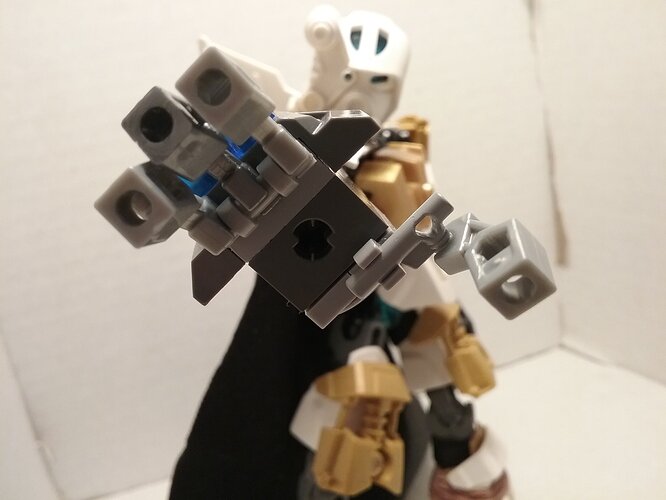 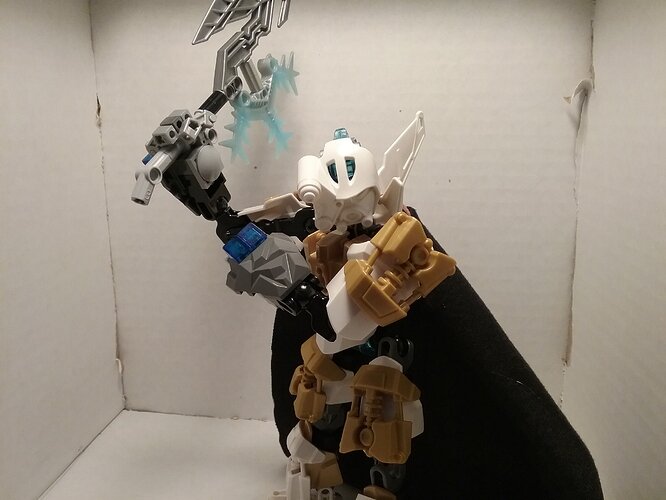 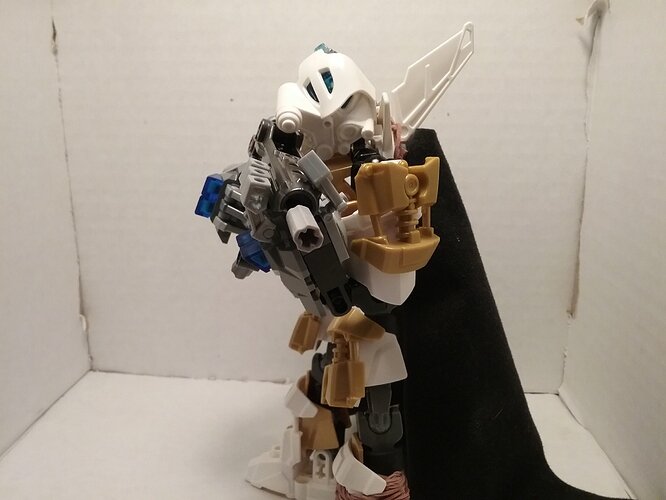 Bio: Glitria is the second in command of the monarchy of Ice in my element war story-line. She helped the current ruler eliminate the previous ruler. She later realizes that she was wrong, and helps the Alliance to defeat the Frozen Dominion, in exchange for protection for her people. She is firm in her conviction, and can be distant, but has a great love for the poor, having been in their position herself.

Oof. Sorry, but you’re one week too late. The RP is already over. Sorry.

Gah! of course! When does it restart?

Well, this was the reboot of the original Arena Battle RP. Who knows, perhaps I may make a second reboot on the RP’s one year anniversary. There are plenty of other RPs around here for you to join in the meantime, though.

Oh well. I was looking forward to pointless carnage.

you might find that with 2059: Dark Reflection, Mctoran’s other RP that is still ongoing.

Yeah, there are a few bionicle-themed characters. Though I think bionicles would be more fitting for this RP:

In the most secluded, most isolated corner of The Multiverse, there is a prison known to many as "Whitegate Fortress". Constructed, overseen and primarily operated by The Council of Life, Whitegate serves as the top Maximum-security prison in the multiverse, rivalring and maybe even outclassing Ironbolt Penitentiary. Whitegate houses the worstest, highest-profile villains and criminals in the Multiverse. Those who are imprisoned here find themselves almost literally stripped of their power, as well as losing the respect, reputation and empire that they had worked so hard to build over their career. They regress to a more primitive, dog-eat-dog mentality, constantly backstabbing and double-crossing each other in attempts to gain a leg up within the prison culture.(which are more often than…