Artakha, creator, that was created by the Great Beings (Canonization Contest #2: Meet the Maker)

But first there is one thing I want to say: that mask was not created by me, it is KhingK’s and Galva’s. I just used their parts in a “creative way”. If I have broken a rule or law, I apologise in advance and will correct the mistake as fast as I can.

Behold, his majesty Artakha, king of Artakha. After 4 months I have completed my biggest and greatest MOC.

(TTV cast, I would like the photo below to be used in polls, please) 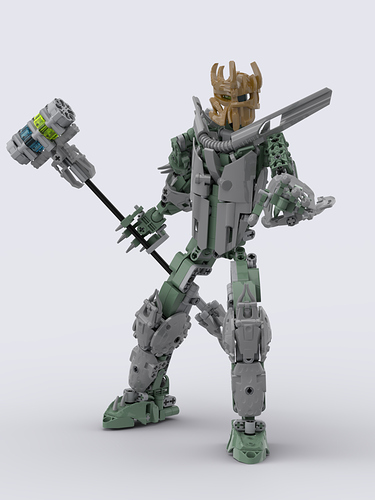 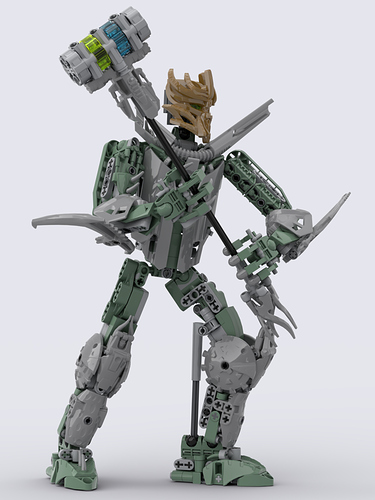 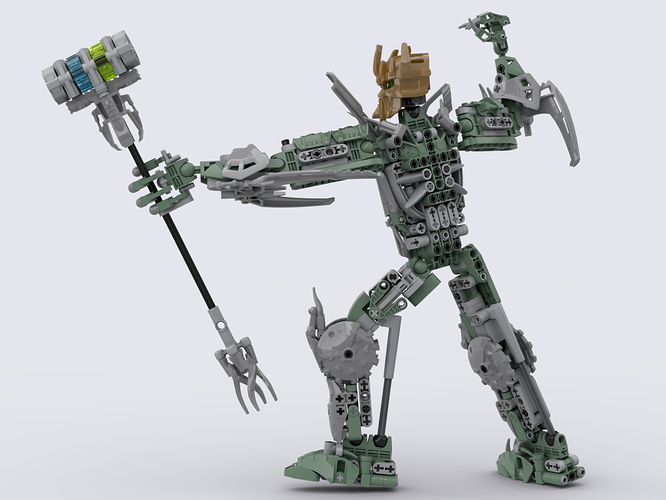 photo 6 finalfinal1280×960 189 KB
So you see, there are many different personalities in him. To ultimately show it I’ve made him with differently colored eyes (it might be hard to see, but they are trans-neon green and trans-light blue). No Bionicle character has such a feature (aside from Kraawa, but it is different)! 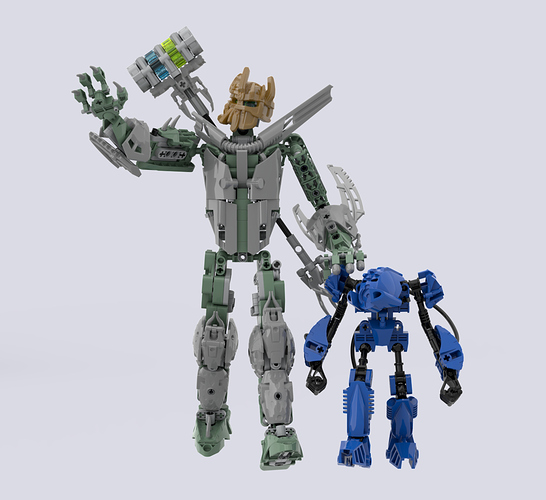 photo 4 finalfinal1257×1151 210 KB
Size comparision photo. He looks outstanding, but similar to other sets. Also he features the 2006 construction of legs using those pistons. Additionally, those silver parts are his actual, detachable armor, which is very smooth and elegant by the way. He has heartlight under it. And, I must mention it, several (6 or so, some of them are pretty small) pieces of armor wobble slightly, I am sorry for that. 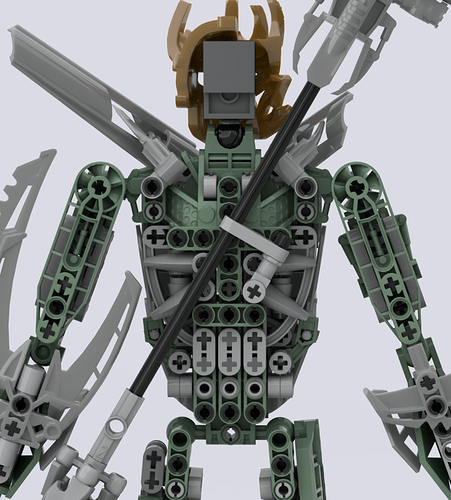 Hammer storage760×842 535 KB
He even has kind of a function! Using 3 additional pieces you can store the warhammer on his back.

There are some edited photos: 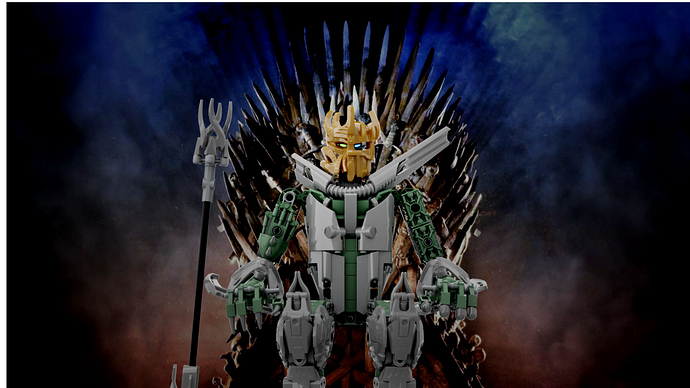 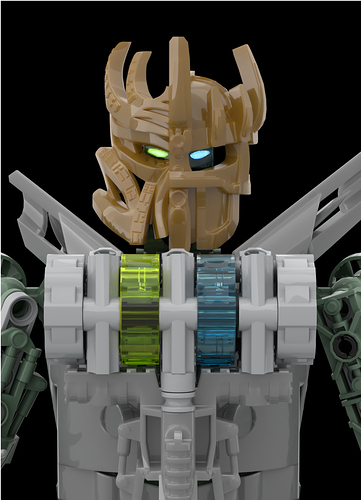 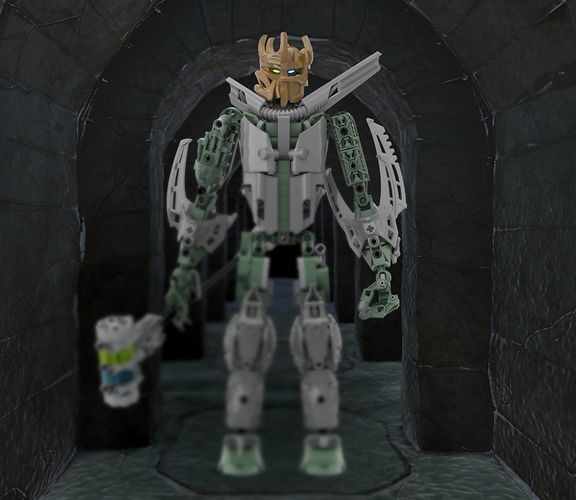 Here is the link for all three Masks of Creation and the Studio file.
So, overall I am realy satisfyed with my work, hope you like it as I do. One more time, I want to remind, that Kanohi and (maybe) hammer will be redesigned during the next stage of the contest, so do not pay much attention on them. Any critics, comments or questions are apperciated and will be answered.
Good luck to all! Hail the Canonization Contests!

Looks pretty well made, even though I’m not a fan of how slender this interpretation is (maybe that’s just the Bufftakhas getting to me…) The hammer is a nice interpretation, being ornate and combat-worthy but still usable as a forge hammer

I love Mocs where the mask contrasts from the color scheme!

Cool moc, the armor has a solid techic-ey vibe. I also really like that hammer.

Nice MOC. I haven’t seen anyone else go for an asymmetric build in this contest. That’s a unique and cool idea! It kind of helps in showing that Artakha is very old, almost like pieces of his armour have been damaged from centuries of use.

Thank you, all!
@Hawkflight He is thin to look like a counterpart of Karzahni - they are opposites (and not opposites, at the same time)
@KanohiReqi It wasn’t, but I think that it hits the description. Also, the mask is placehoder, you know.
@Cordax That adds Toa Mata wibe, and it is really makes sense.
@Frigin I’ve tryied to make him look mechanical, using that tube, bushes, pistons and so on. I am very glad you saw it.
@Atobe_Brick Yes, that is exactly how that armor should look (read the 4th bullet under the second photo). I too find it strange that there is no assymetric MOCs for such a character.

Well that look very good and coherent. I think you might have my vote.

Always good to see another Studio moc. The two-sided thing you have going on is a really nice touch, especially with the head and mask, it really emphasises the parallel between Artakha and Karzahni. Really good job overall!

Something about this really resonates with me, great job!

Hey, thank you so much for entering!

Unfortunately, we can’t quite accept this yet. We are going to request that you upload these files to another file hosting website. The MOC file can be hosted on Google Drive, and the mask file on either Drive or Thingiverse.

If you can do that within the next three days, we’ll be good to go! Thank you!

@Eljay I have updated the link, it is in the end of the main topic post. Now all the four files are in one place. Is it working?

@JeyTheCount, @Avaru, @Propulsion Thank you much! @Avaru Yes, the assymetry was the main concept from the very begining.