I’ve been needing to post this for a very long time now… Finally, without further ado, I present my MOC of Artakha. 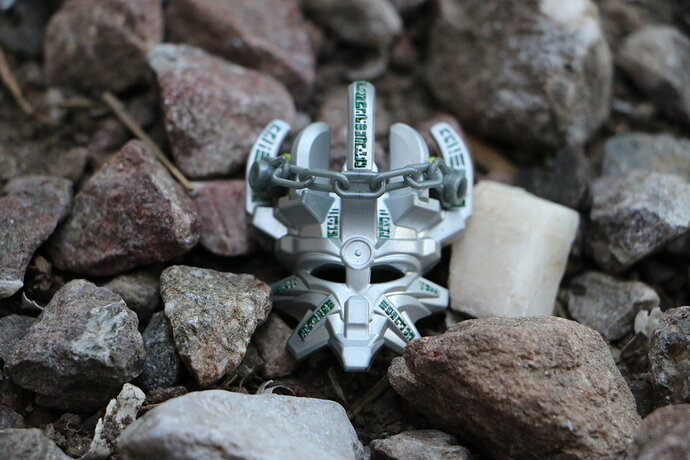 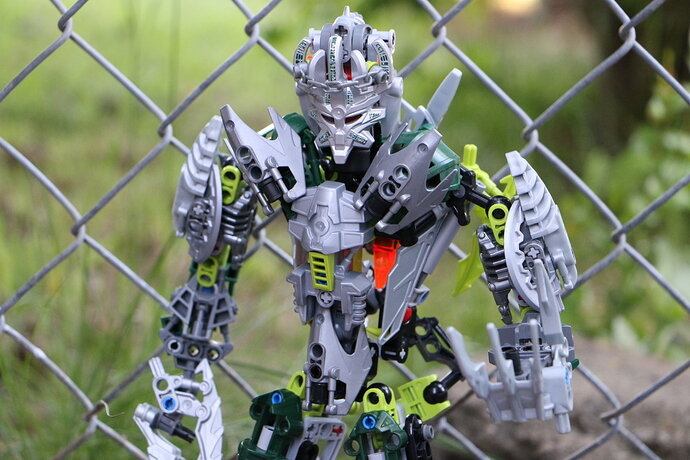 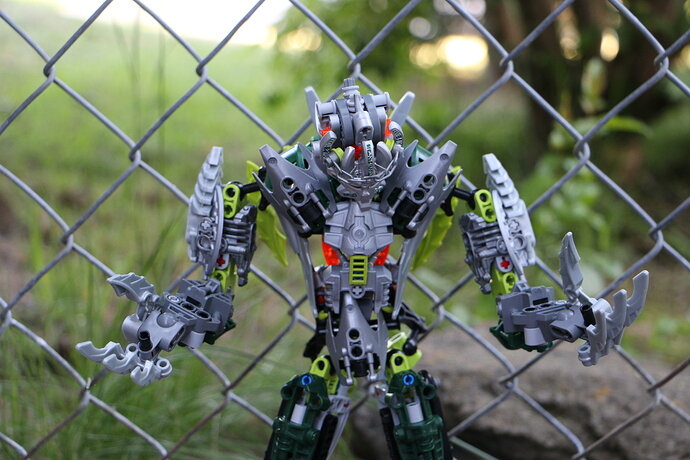 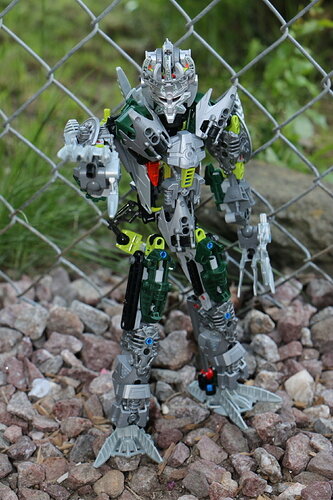 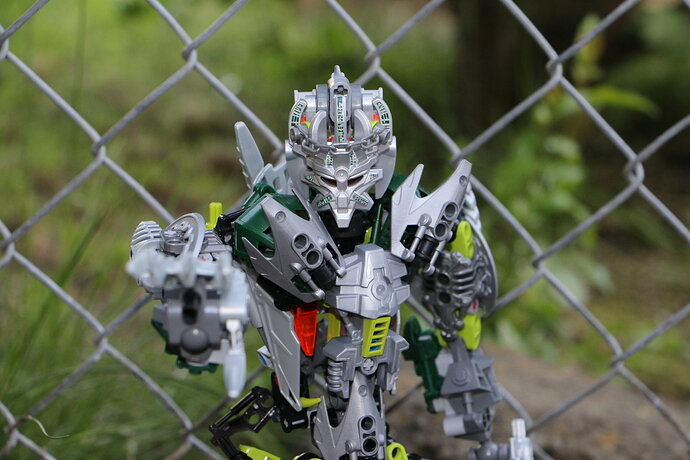 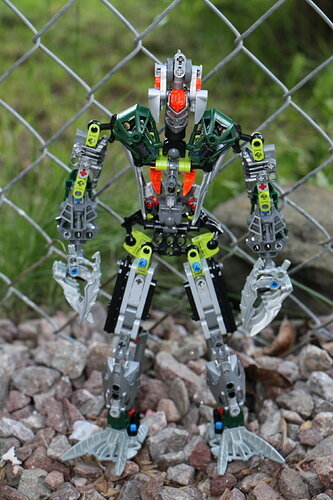 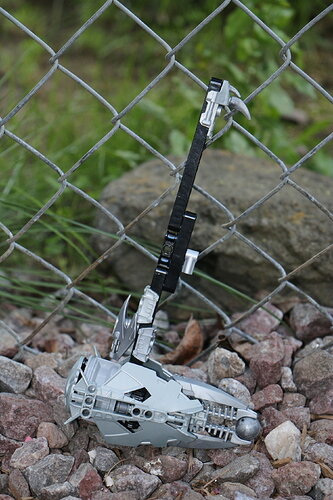 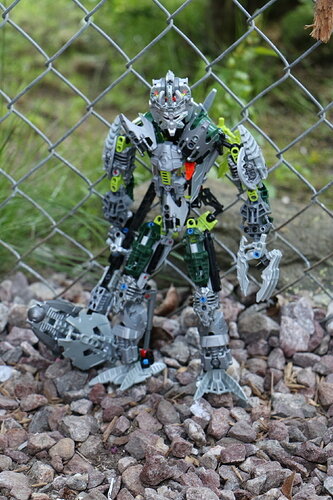 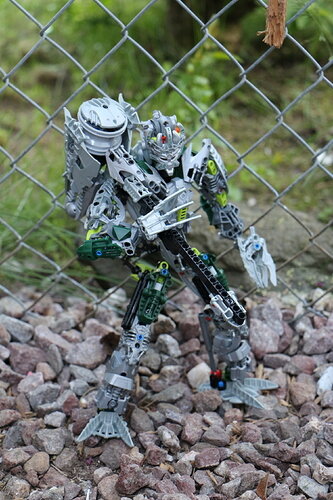 Concept behind the moc: My imagining of the character Artakha from Bionicle G1. I was sad to see that this character never received a set, so I aimed to make one using mostly G1 pieced with some G2 armor here and there. I took these photos a year ago, and just never got the chance to put them up here. I intend to rework the hammer desight to make the handle look more like…well, a handle. Anyway, glad to finally share this with you all!
(Hope this can make it to the moc spotlight

)
Thanks again to Ven and Wombat Combat Productions!!

How’d he paint every little rune on the mask so precisely? That’s really amazing.

This is a pretty impressive build, but I feel that it could be improved a bit, specifically when it comes to coloration; the lime, lt. and dk grey, dk green, and silver seem to be a bit much overall, and I think he would have looked better if you stuck to just dk green or lime green. The dark orange highlights also seem a bit odd, but I assume it could be to offset the red pins.

The parts on the back of his head seem somewhat odd as well; I’m guessing they’re there to fill out the back of the head? I feel like he might look a bit better if that part was shrunk down a bit, but then maybe his head would be too large.

Overall, very cool, but could be more refined.

This is freaking awesome. but i feel you could do something about the hands. maybe give him posable fingers

@Wheatley I intend to try out the hands from the Mata Nui titan set to see how they look. Thank you!

@ReeseEH Thanks for the feedback amigo: I really appreciate it.
(I sent a sent a more thorough reply but it was flagged as spam…nothing worth fussing over, as I was just explaining some reasoning behind my moc’s design. Don’t know why it was flagged, other than it was a decent sized reply? idk)
Anyway…Have a good day!

This is absolutely incredible. Definitely the best MOC of Artakha I’ve seen.

Thank you so much!!

Not super sold on the two types of green otherwise great

XD that seems to be the general concensus. Thank you though!!!

I’ve always thought arthaka would have a silver mask of creation, thanks for putting this out there!

The mask looks great, the moc could use some work though.

@Morgy Thanks for the feedback!

In a good way or a bad way? XD

He looks awesome, sort of like some crusading warrior, ready to bring the hammer down…

Big scary cool a big hammer and a unique color scheme to boot there is nothing I don’t like about this moc. It’s great

I’ll need to compare this to my moc of Artakha, if I ever get around to building him

Thanks man! I’d love to see your Artakha moc when you build it!