it was a pretty mediocre movie.

It was pretty perfect movie!

As a huge Marvel fan, this movie was absolutely beautiful. So many callbacks, so many surprises, and so many tears. Mine were all joyful, but still.

it was a pretty mediocre movie.

I personally can’t think of any actual flaw with it. It’s absolutely perfect. Maybe it’s not your favorite marvel movie, but saying it’s mediocre isn’t really a valid point. If anything Thor: Dark World and Captain Marvel would count as “mediocre”.

Mine were all joyful, but still.

Even though I RARELY cry at any movies, I almost did at this one.

By the time of the funerals I was already out of tears.

As a huge Marvel fan, this movie was absolutely beautiful. So many callbacks, so many surprises

Unlike you, I am not a very big Marvel fan, considering how before watching Endgane I only watched Iron Man, Iron Man 3, Spiderman Homecoming, Doctor Strange and Infinity War. I am not the type of person that would watch every single Marvel movie ever, yet I loved the movie as much as everyone else.

and so many tears. Mine were all joyful, but still.

I have never thought I will ever cry at a Superhero action movie, but I was so wrong… I just couldn’t hold my tears of joy either.

I personally can’t think of any actual flaw with it. It’s absolutely perfect.

This is far from a perfect movie.

The opening parts leading up to Thanos dying (the first time, to be clear) felt pretty rushed. The pacing there just wasn’t quite right; it moves through too many beats too quickly, at least for me.

The next part definitely works, though; the scenes of Scott Lang arriving in the future and working to establish what this post-Thanos world was like worked pretty well for me.

Then we get to the time heist, which I both enjoyed and disliked. There are a lot of fun scenes here - Cap in the elevator was fantastic, and getting to see Tony with his father was certainly heartwarming. Getting to see past events from a new perspective was great, and does a lot for worldbuilding. Problem is, it felt like there was way too much going on here. It sacrifices drive as a cohesive story for filling in all the smaller beats, and the whole thing felt messy and bloated. Some scenes could definitely have been cut from here, I’d say.

Then we get it - the final battle. Now, this part of the movie was fantastic. It’s an emotional rollercoaster of ups and downs, and I loved almost every second of it. The whole battle has so many “blink and you’ll miss it” moments, getting to see every hero we’ve come to know over the past eleven years working together to bring down Thanos and his armies. Cap wielding Mjolnir, seeing everyone come back through the portals, Pepper and Tony fighting side by side - I could go on and on about this ending.

One thing I wasn’t quite happy with about the final battle was how little Nebula was involved. She has just as much of a connection to Thanos as any other hero in this movie - more of a connection, in many cases. Yet she just kind of gets sidelined when ti’s time to finally defeat him. I get that she isn’t the strongest hero on the screen - she can’t throw him around Scarlet Witch and Captain Marvel can. Still, there should’ve been something for her to do. (There’s actually a video by NandovMovies on the subject that I quite like, you guys should check it out.)

On a similar note, I wasn’t happy with Hulk’s arc in this movie, or rather, his lack thereof. All this lead-up to Banner and Hulk needing to work out what it meant for them to share a body, and they just resolve it. Off-screen. I’m not unhappy with the end result, though Banner’s character felt a bit off for me. No, I’m annoyed that they just skipped straight to the end. I would’ve much rather seen Banner and Hulk still struggling to coexist and coming to a resolution over the course of the movie than just having everything be fine from moment one. As I said, this movie already has a lot going on, so it’s not like I want whole scenes dedicated to just this. I do think that it’s something that could color the interactions he already has though, sprinkling in moments where Hulk’s angry, impulsive personality would momentarily overpower Banner’s.

As a whole, this was a good movie, and a great way to end the past eleven years of the MCU. Don’t get me wrong, I walked out of the movie amazed and quite happy with what we got. I like this movie. However, the experience was by no means flawless, and we get nothing out of pretending that it was.

I agree with what you said, but for me those are very minor flaws that barely affect the overall movie. So yeah, technically it can’t be considered flawless, but in my eyes, it’s still the best MCU movie to this day.

What amazes me about this movie is the journey it took to get here, and the immense ■■■■■ in culture that allowed it to even get anywhere near as popular as it is, let alone the 2nd highest grossing film of all time.

11 years ago, superheroes and comic book movies were big risks. Sure, there had been some standouts over the years, but in the popular consciousness comic books were still for nerds, and superhero movies were average at best, but mostly cheesy garbage.

11 years and 22 movies later (and nearly all of those movies being good or better), we’ve experienced a massive ■■■■■ in the cultural knowledge and interest in these characters. The only reason Endgame gets to make us laugh at a fat Thor, or cry for a dead super spy, or cheer our heads off when Cap wields Mjolnir (or even know how to pronounce Mjolnir), or be emotionally devastated by a hero’s sacrifice, or do even half of things Endgame does, is because the entire journey to get there resulted in this paradigm ■■■■■ towards nerd culture.

Just think about it and you’ll be in awe at what’s happened. People are quoting Thanos in their everyday. The Infinity Stones are common knowledge enough that we know what’s going on when one shows up in the movies. Iron Man, Captain America, Thor, Hulk, even characters like Ant-Man and the Guardians of the Galaxy are cultural legends. And now people are mourning the loss of a fictional character that 11 years ago was considered a B-List hero.

As someone who’s been a part of nerd culture for his entire life, it’s just leaving me awestruck as I realize this. Where once these things were ostracized and disregarded, now they’re making billions art the box office and connecting with people in ways they never have before. And to me, that’s the real celebration of Endgame, and the entire MCU.

Technically perfect? Of course not, no movie is. But it’s an accomplishment that, if I may quote a Master of the Mystic Arts, is “hitherto unforeseen.”

nearly all of those movies being good

Hmm I wonder what the bad ones are 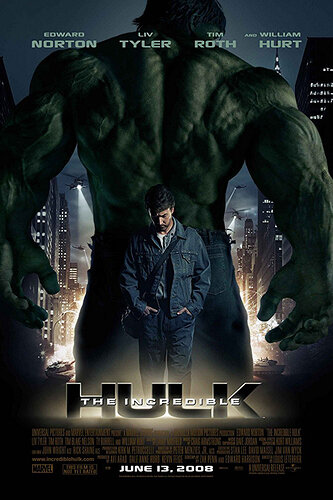 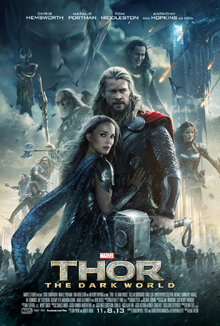 It was pretty perfect movie!

I wouldn’t come close to saying that, but it was solid. There were a few low points that were not very likable to me. The final battle felt a little cluttered, the “girl power” scene could’ve been a lot more subtle, and overall it was a little too much to me. It was super solid but not perfect 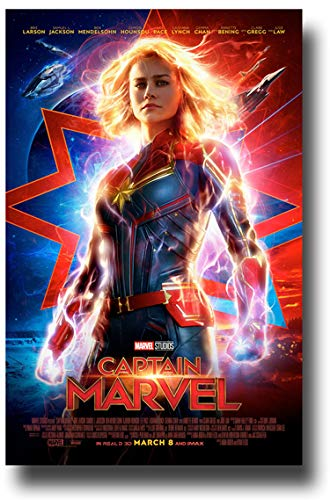 It was fun but it wasn’t great lol.

If anything Thor: Dark World and Captain Marvel would count as “mediocre”.

I guess. By this point I’ve just kind of gotten used to the movies being actually good. I’ll amend my statement; Endgame is a good movie, and much better than average, but still worse than Infinity War.

also yeah for it being flawless

so many plot holes they just brushed over. YMS pointed out what i think is one of the biggest: the scene with cap at the end. he manages to return all six stones to four different timelines all by himself while only being sent back once, and appears in the original timeline without having used the time machine again.

Also, I believe since the GPS allows the user to choose what point and time and probably position they want to arrive in, nothing would technically stop him from choosing a slightly different location. Banner just lost track of where he ended up. Also, like I said before, regardless of if that makes sense, that scene would NOT have been enjoyable if an old Cap appeared on the platform in a quantum suit.

Also, the spoiler ban is technically over. It’s been over two weeks, if you haven’t seen Endgame yet, you’re just asking for it.

It’s been over two weeks, if you haven’t seen Endgame yet, you’re just asking for it.

Gotta say, I disagree with this. Even if there isn’t a “ban” on it, we can still be courteous to people who haven’t seen the movie yet. Not everybody goes to see a movie right away, even a movie as big as this. (Of course, this thread is kinda about Endgame, so you would think that people looking through here are expecting spoilers anyways…)

(Of course, this thread is kinda about Endgame, so you would think that people looking through here are expecting spoilers anyways…)

That’s more so my main point. Even so, the entire spoiler paranoia thing I find to be ridiculous anyways.

If he had changed anything, he probably would have stopped “the 1.” Besides, Cap would have been old by the time of Avengers, and he still would have five more movies to go through.