Bennus, Merchant of the Wastes

Bennus was made for the 2012 Bio-Cup’s third round, following my victories with Lehvak, Tenum and Senkhrast.
The task here was to create a “junk ride” style vehicle and rider.

Bennus is also a character in the Cyclic Plane universe.

“One being’s junk is another being’s treasure - everything has value to someone, somewhere. Buy surplus cheap, and sell it dear, and perhaps you will survive among the sands…” - Bennus 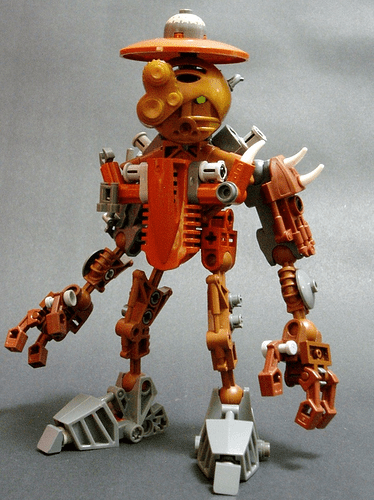 Bennus was a being with both matoran and agori ancestors - something made possible through Mata-Nui’s use of the Ignika to modify the matoran’s innate fusion abilities. His overuse of the Ignika led to it shattering and unleashing the Soulplague upon Spherus Magna - something Bennus lived through too. 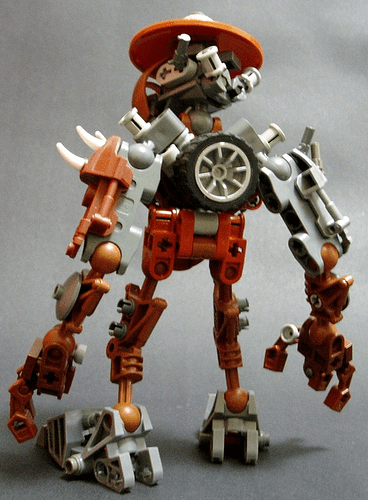 Though the great deserts of Bara Magna were made somewhat more hospitable by Mata-Nui, a great swathe of desert still lay between the settlements of New Atero, Vulcanus, Tajun and Drachen’s Hope. Bennus scratched a living plying the trade routes between these. 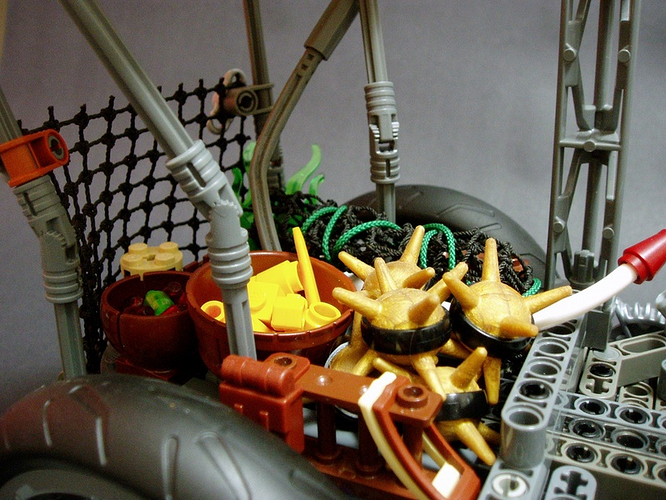 Among grains, fruits, ropes and textiles are scavenged bits of bone and scrap metal and artefacts left over from the Battle of Bara Magna… 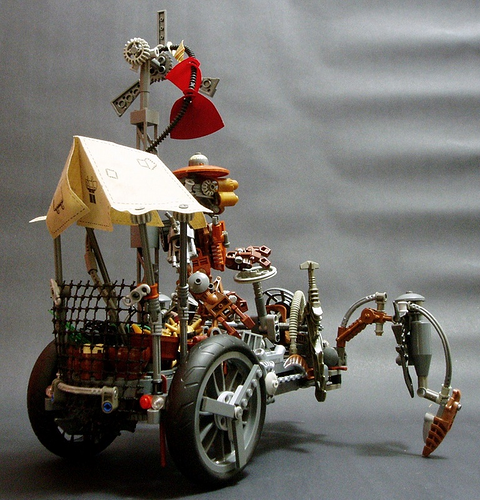 Bennus makes his way across the vast deserts and plains in an old walker created by Onukhet many years ago. It has had several replacement parts and additions over the years, but still just about manages to climb the near-vertical cliffs and canyons that mar the landscape. 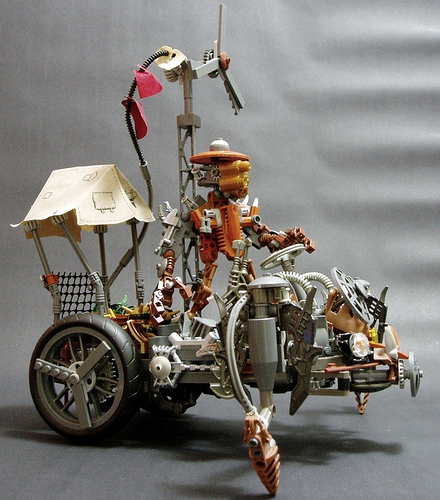 Lingering dangers, such as Bone Hunters and Vorox threaten the trade routes. Due to the decline in elemental energy on Spherus Magna, true toa guardians are harder and harder to come by. Bennus once employed Keos and Tavryn, but was forced to let Tavryn go after the Dark Hunters muscled in on the trade routes, with Keos joining their side. 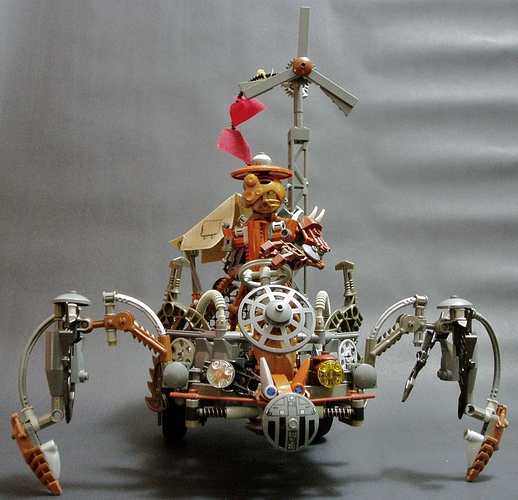 No, my favorite part of the guy is his conical hat. It gives him character.

The walker is great. The only thing that seems off are the back wheels.

There is so much character here. I love the sheer weirdness of the vehicle too.

Can I see a top down pic of the vehicle?

This dude is both cute nd scary! The only complaints I have about the figure itself are that the hat is a little to far above the mask and the legs look just a pinhole to high.
The cart, however, is flawless! It combines system and technic together to make a believable and realistic cart with a steampunk esque appearance!
Good job!

R=I like the colors for this guy. Nice job!

I wish it was possible to give two likes. One for Bennus and one for the vehicle. However, Bennus’ proportions seem a bit wacky.

Unfortunately not. My studio at the time couldn’t get the camera any higher.

I love this guy! So much detail and character. One of my favorite MOCs I’ve ever seen. That junk cart is like, just awesome.

The patched up, wastelander motif is conveyed effectively. That said, the shaping of the torso looks a little odd from certain angles, but the overall design is otherwise fantastic. I particularly like certain stylistic decisions made for the Onukhet, such as the insectoid legs that help it to climb.

Interesting story, as wel, as an interesting MOC.

The moc and story are great! My only complaint is that the arms are too long and the legs are the right length but not bulky enough, unless you were going for that look.

Something about Bennus’ arms nearly reaching the ground seems off, yet the vehicle is spectacular. Great use of the tent piece as a canopy.

The moc it self was so good… But then you made it even better with that walking mech!!!